A shopping day in Shinjuku

June 12, 2012
As midnight falls the last few trains servicing Shinjuku rattle outside our window, far below us. I am sad, always sad when the time comes to leave this place. It is so alien, so unlike Sydney. A simple room, small, whites, greys and dark wood contrasts with the neon extravaganza outside, the riot of crazy locals and their establishments. Guys with mad hair, girls dressed in anything ranging from gothic to cutesy, teetering on high heels.

B has an appointment at the hairdressers this morning, but then they change it to midday due to a lack of English speakers. So we go in search of breakfast at a cafe. Most places are still closed, but we find a small underground cafe called Aaliyah's that advertised itself as having the best french toast in Tokyo. I have no reason to doubt them. It is the best french toast I've ever had, soft, sweet, milky, served with cream.

Alex fell asleep as B had her haircut. I wander around the local area with him asleep on my shoulder. He ate very little at the cafe, so when he awakes I take him down to a branch of the hamburger joint First Kitchen, whereupon he devours a caeser salad. His healthy eating habits often put us to shame.

When B emerges from the hairdressers we go in search of a real lunch on the other side of the train tracks at Omoide Yokocho, a narrow alleyway of bars in West Shinjuku beside the railway lines. There we eat udon and soba noodles from a little stall discovered on our first trip to Japan. I have tasted none finer. 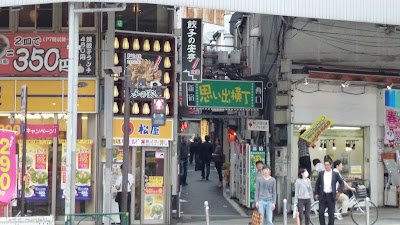 I had hoped to see the new Tokyo Skytree tower, but it's by reservation only until next month and seems to require a Japanese credit card.

We want to visit a "local" department store rather than the expensive luxury offerings around Shinjuku. I think that I have found one at Asagaya, a few stops up the Chuo line.

After an abortive start where our train stops and reverses direction a couple of stations before Asagaya we finally arrive. I saw it out of the window the day before and was interested. 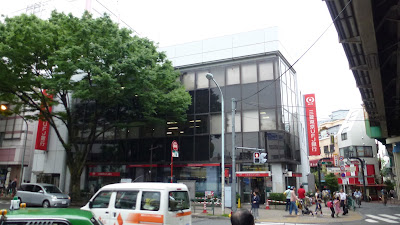 Seiyu is now owned by Walmart and is comparable to a  Big W or K-mart back in Australia. There were some cheap kids shirts and some of the Tomy Plarail was cheaper (only discovered after our earlier purchases), but there isn't much to interest us.

Alex falls asleep again as we wander through a shopping arcade, stopping to buy crackers. It's a lot of fun visiting one of these "local" areas. Back in Shinjuku we walk through the station to the Odakyu department store. I've read that there is an outdoor play area on the roof. I am correct and Alex has a lot of fun on the plastic climbing frame and slides. 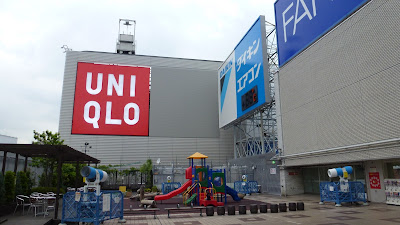 B and Alex return to the hotel, leaving me to shop for some electronics. There are many little parts for me to get, mostly related to my phone. I discover after hunting through Yodobashi Camera, Bic Camera and Labi that I'd better not lose my camera charger as getting a genuine replacement may be impossible. 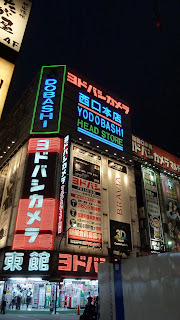 What I really wanted to get were the all-in-one desktop computers. They still look nicer here.

Returning late to the hotel we go in search of Ibuki, where we are told that we can eat shabu-shabu. Unfortunately, they have shut down. Our quest for food (not any food, that is easy to find) eventually takes us back to West Shinjuku and a small noodle restaurant selling ramen and a special thick type of soba with a dipping sauce. It tastes pretty good and there's a nice homey feel to the place. 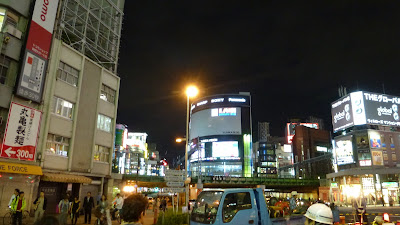 There is still time left to shop, so we go to the Seibu PePe centre attached to the hotel, buy items at Uniqlo and find the only grapefruit Gokuri drink I have seen this trip in Tokyo at the 100 yen shop. Then, with Alex pleading with us to return to the hotel room so he can play with his toys, we do.