"Daddy, is the the Seto Big Bridge?"

As soon as we boarded the train from the airport Alex wanted to know if we were catching the Anpanman decorated train from a Japanese book we gave him on his first trip here. Anpanman is a Japanese cartoon character and Alex has got Anpanman train toys at home.

The Anpanman trains run on the island of Shikoku, home of the cartoon's author. I had one itinerary planned that had us doing a day trip to Matsuyama, a quiet castle city famous for its hot springs. Alex had only been there before in his mummy's tummy. It would be a long day trip with many hours of train travel.

The alternative was to head up to Arashiyama in Kyoto on light rail and ride a short tourist train. The area is very pretty, with the famous bamboo forest and many temples.

I was so exhausted that I was leaning towards the latter, but Alex's enthusiasm for Anpanman forced the issue.

We had caught an open side Anpanman tourist train on our last trip to Japan, but it wasn't the same one as in the book. So we head off to Kyoto station, where all the shops and most of the eateries are still closed. It is 7am on a Sunday.

A Shinkansen speeds us all the way down south to Okayama. I figure that I have been on this route enough times that it's okay for me not to look out of the window and type some of the blog on my phone. I've invested in a portable wireless router and there is a power outlet at each row in the carriage.

When we transfer to the Shikoku train we are disappointed to see that this Shiokaze express is not decorated with the Anpanman motif. The wooden interior is warm and stuffy. Alex falls asleep just as we near the massive Seto Bridge across from Honshu to Shikoku. Oh no! At least there is the return journey...

The view from the bridge of the Seto inland sea, with its many small islands and watercraft, is stunning. The air has a summer haze that just serves to make it more exotic. Nearing the Shikoku end are great shipyards, iron works and other industry.

I was looking forward to seeing Matsuyama again. I rather like the city. It's quiet, has trams trundling through it, an attractive black castle overlooking the city and a hot foot baths accompanied by a funny clock that every hour pops up little Botchan figures taking a bath at the famous Dogo onsen.

The city plays up its "Botchan" connection. I recently read the book by Natsume Soseki (it's a free download from Project Gutenberg), along with most Japanese kids at school. I can't see why they'd want to celebrate it. The entire book is about a young schoolteacher from Edo (Tokyo) who takes a job in Matsuyama in the early twentieth century and spends his time complaining about the other teachers and students. Yes, there are parables about modern and traditional values, but it really is a whinge fest. Matsuyama itself is barely described at all.

B seemed to share Botchan's complaints. She had no wish to return to Matsuyama and had decided, based on a map, that she wanted to go to Tottori instead. Tottori is on the opposite side of Honshu, but it had featured in my plans to travel the San-in railway line, plans which had been put on hold for this trip.

Okay, okay, once we've crossed the Seto Big Bridge we'll catch a train back to Okayama and then on to Tottori. The Hyperdia software on my phone had come up with some possible trains.

So we got off at Utazu, barely on the island of Shikoku and reserved a seat back to Okayama. While we wait we pop into the station convenience store and purchase a little Anpanman roller toy for Alex, who is now awake.

Unfortunately, our return express train isn't an Anpanman train either, but Alex was awake for the return over the bridge.

Back at Okayama we take away a variety of snacks for lunch on the train. There is an area devoted to desserts, once glance enough to trigger the sweet tooth.

The region around Okayama is famed in Japan for its grapes and peaches. What I love about Japan is that each region celebrates its produce. So there were peach and grape cakes, jellies, rice balls, custard, biscuits and, of course, the fruit themselves. A box of five top quality peaches was selling for about A$100, or $20 per peach!

Opposite us while we waited for our train to Tottori was an Anpanman train to somewhere in Shikoku. Oh, the unfairness of it! At least Alex got a look at one.

I am slightly disappointed when our train, the Super Inaba express to Tottori, arrived. It is the same kind of diesel electric set that we had caught to Matsue as the Super Oki.

Not that there was anything actually wrong as it was comfortable. It was a pretty ride along a river through the mountains. Some of the scenery really is spectacular. Terraced rice paddies squeezed into the mountainsides between the track and road. Tiny towns in mountain valleys. Grey boulders in the river. Part of the ride was on privately owned track so we have to pay an onboard supplement in addition to our rail passes.

All of us sleep part of the way.

Tottori is one of those typical quiet Japanese rural cities. It's best known attraction is its sand dunes. Okay, ho-hum we think. We've seen dunes before. But we catch the tourist bus out there anyway.

A big restaurant dominates the bus stop area. The attached gift shop sells local produce. In this case the most celebrated of these is the nashi pear. We have a pear flavoured soft-serve ice cream out in the warm sun.

We have to take the chairlift down to the sand dunes themselves. Alex has seen chairlifts on Little Charley Bear and wants to catch one. So we do and it's fun!

We emerge into a little patch of desert in a country that has none. A small oasis of green surrounded by tall hills of sand. There are camel rides and a horse drawn cart. In the distance people are paragliding.

We just trudge across the sand. It is a hot day and climbing up the dune is hard work. It is worth it for the spectacular views of the coastline.

We sit up there for a while, before Alex and I run down the steep slope towards the sea.

He splashes for a while in the small waves of the China facing sea, gets his shorts wet, of course. The water isn't that cold.

The walk back up the steep, steep slope was tough, the loose sand slipping beneath our feet. It was a real sense of achievement for the both of us when we reach the top.

Then we trudge back to the base of the chairlift for the ride back. At the top we buy pear pastries, pear chocolate and other items while we wait for our bus ride back to the station.

It would be fun to stay longer, to try the local seafood and hot springs. But a direct train to Kyoto is about to arrive, so we catch it.

The ride back seems even prettier, despite following much the same route, before we turn northwards to Himeji, Osaka and Kyoto. Evenings in Japan are so beautiful, grey orange hazy skies and the setting of a red sun, the flag brought to life.

If only it wasn't so long. We were exhausted and my head felt like it wanted to burst. On arrival at our hotel in Kyoto B went out to eat, but Alex and I collapsed into our room with dinner brought from a Seven Eleven.

He's a good boy, Alex, going for fresh salad over cooked food. I decide to write my blog tomorrow on the train and sleep now for the long day ahead as we pass Tokyo for the unvisited north. 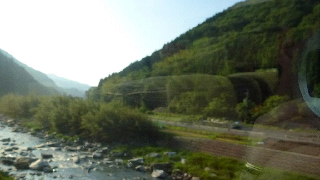 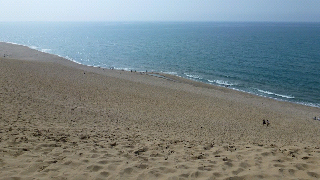 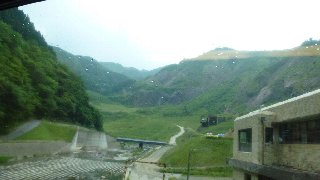 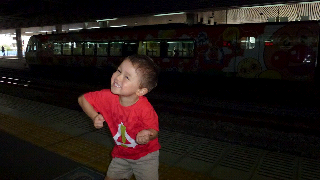 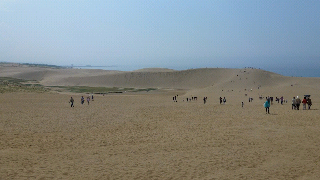 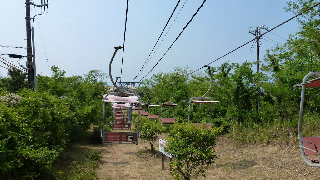 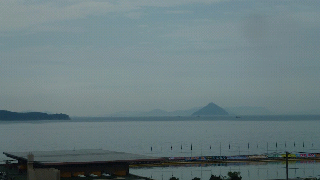 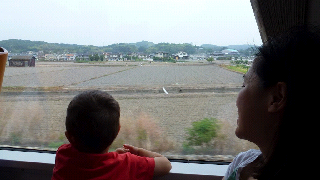 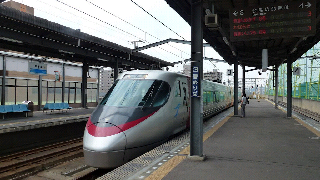 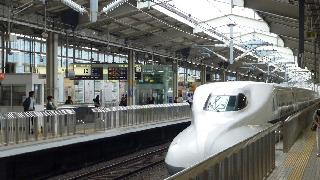