Tale of the Orange Sarubobo

June 13, 2008
Each morning the Takayama locals hold a couple morning markets alongside the river. While there are many tourist goods for sale, there are also farmers selling fresh vegetables and pickles from small stalls. It was from a shop alongside the Miyagawa market that I bought by little orange sarubobo doll. 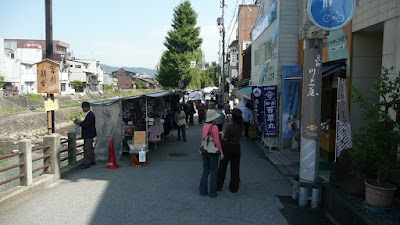 The sarubobo was designed to be attached to a mobile phone. He had a little bell atop his head. I chose orange as it supposed to bring luck in travel.

From the markets we set off east and along the Higashiyama (East Mountain) walking course. The walk is away from the busy tourist oriented shops and up past numerous shrines and temples. It is calm and beautiful, with the white, brown and greens of the temples and their gardens. 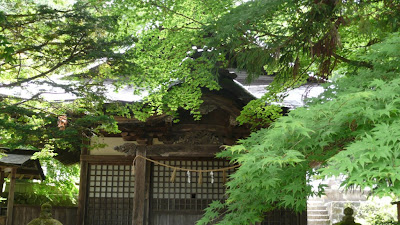 The signposted walk also takes you into the quiet suburban streets of Takayama, past tiny rice paddy fields, market gardens and the houses of people who are obviously none too poor. You could tell by the fresh wooden construction of old style homes. 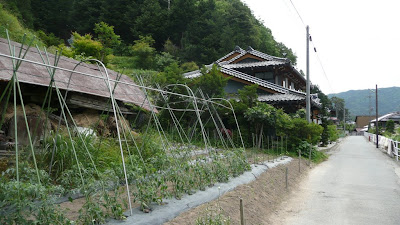 The path then goes up into Shiroyama Park, beneath a dense canopy of cypress pines and deciduous trees, circling around the ruins of Takayama Castle, though we saw little sign of its existence. 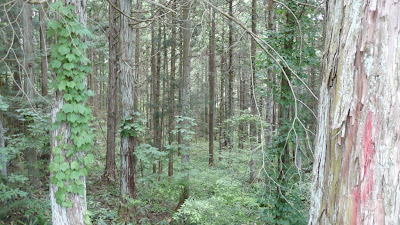 We must have turned off the path too early, because we found ourselves wandering through suburban Takayama. It wasn't until we had crossed the Miyagawa river and saw the train line that we realised that we were walking in the wrong direction. It's partly the fault of the Hotel Alpha-1. How was I to know that there were two of them!

By the time that we had walked back to the centre of Takayama it was too late for me to catch a train up to Inotani and back in order to admire the scenery along the route. So much for luck in travel! 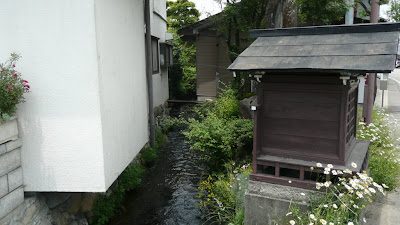 We ate some more hida beef for lunch, grilling it at our table over a gas cooker. Then we collected our bags from the hotel and walked back to the train station for our ride back to Nagoya, and then onwards to Osaka. 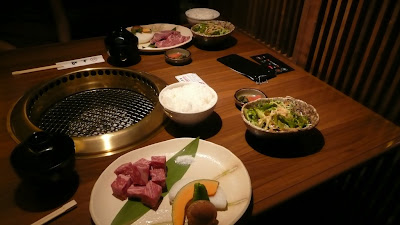 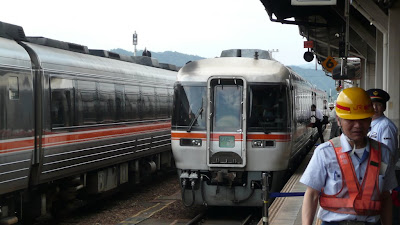 I was sitting in the train in between photographing the scenery outside (the light was so much better today) when I noticed orange sarubobo missing from where I had hung him on my bag's zipper. His cord was still attached, but no sarubobo! Obviously he had decided to seek his own luck in travels. 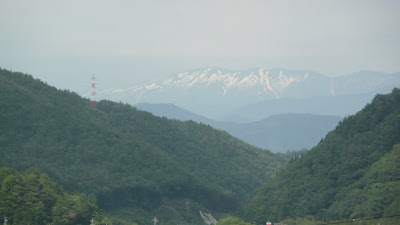 We tried to catch JR all the way from Shin-Osaka, the Shinkansen stop, and Namba, where our hotel is located. But we gave up due to the number of changes required, especially when the platforms were so crowded with rush-hour commuters. Finally reverting to the subway, we made it to our hotel, the Il Cuore. It looks very cool inside, but isn't anywhere as nice as the Cross Hotel in Osaka. I'm glad I booked us in for one night at the latter at the start of our journey, if just for the Japanese bathroom.

So no travel luck with an orange sarobobo, it's Friday the 13th and our room number is 404, an unlucky number for the Chinese! 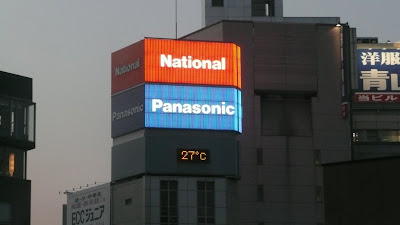 I'm feeling depressed that this is our last stop. I'm having so much fun on this trip!