Reflections on the running water - Japan

June 23, 2008
It's now a week since we returned from Japan and there has been time to reflect on the journey.

Negatives first. I feel that the holiday was too short, too rushed. We seemed to spend a good portion of each day travelling on trains. For me, that is not unusual as my daily commute to and from work is at least three hours by rail. But B didn't enjoy the non-Shinkansen portions and it was difficult to relax with her unease.

More difficult was, I think, that there were only a couple of locations where we stayed more than one night. From all our travels we have learned that it staying a few nights in the same place can make a large difference to your enjoyment. There's less packing and unpacking, dragging luggage around. You get a feeling for the rhythms of the place, can revisit a restaurant or shop that you especially like. There is less pressure to make instant decisions knowing that you cannot revisit them.

Following on from this were the hotels we stayed in. I think that we have become a little spoiled lately. None of the hotels were awful, but a few of the locations didn't offer non-smoking rooms and smelled rather musty as a consequence. On the plus side, they all offered free internet access in one form or another. We also enjoyed the Japanese style room at the Hotel Hana in Takayama. The tatami mat floor feels so good to walk on with tired feet and I enjoy sleeping on the futons. I have to recommend this hotel if only for the very friendly service and the potato salad at breakfast. The Osaka Cross Hotel also wins plaudits from us, especially the Japanese bathroom. 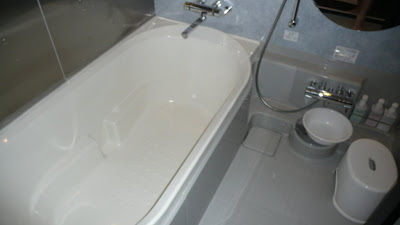 Despite the hurried pace of this trip I really did enjoy the places we visited. Each had something special and different about it. B and I agree that our absolute highlight of this trip was relaxing in the teahouse at Ritsurin-koen in Takamatsu. Sitting on a tatami mat with the shoji screens opened to let in the breeze and the beautiful garden views was wonderful wherever we were in Japan and I should have liked to stay in a suitably scenic ryokan to enjoy such experiences longer. 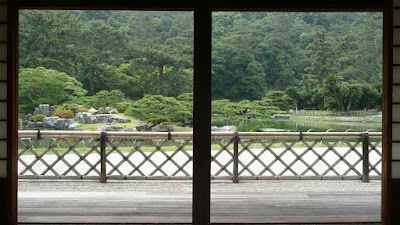 Perhaps Tsumago might be such a place for a ryokan stay. Despite the tourist buses the tiny historic town retained a sense of peacefulness and of a life lived despite the cameras. I would have enjoyed walking the trails around the town and sinking into life in the town away from the neon madness of Japan's cities.

Some of the craziest areas of Japan can be found at the main railway stations of major cities. I love the mini-cities that are such stations with so many hotels, restaurants and shops surrounding the station that you often feel that you don't need to leave the station grounds except aboard a train. 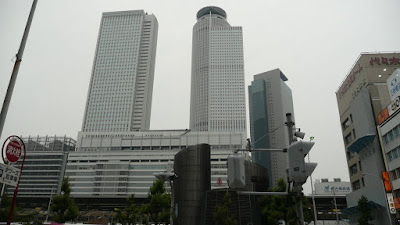 The thing about Japan is that on the surface it can look pretty boring. Grey suburbia and factories, yet another castle or temple. But scratch the surface and it feels like there are an infinite number of things to see, do and enjoy. Each time I leave Japan I do so feeling like there is so much more I want to experience.

In part 2 I'll reflect on the flights.