July 04, 2014
What manufacturer produced a van called the Bongo and has a stadium named after their slogan "Zoom-zoom?" Mazda! 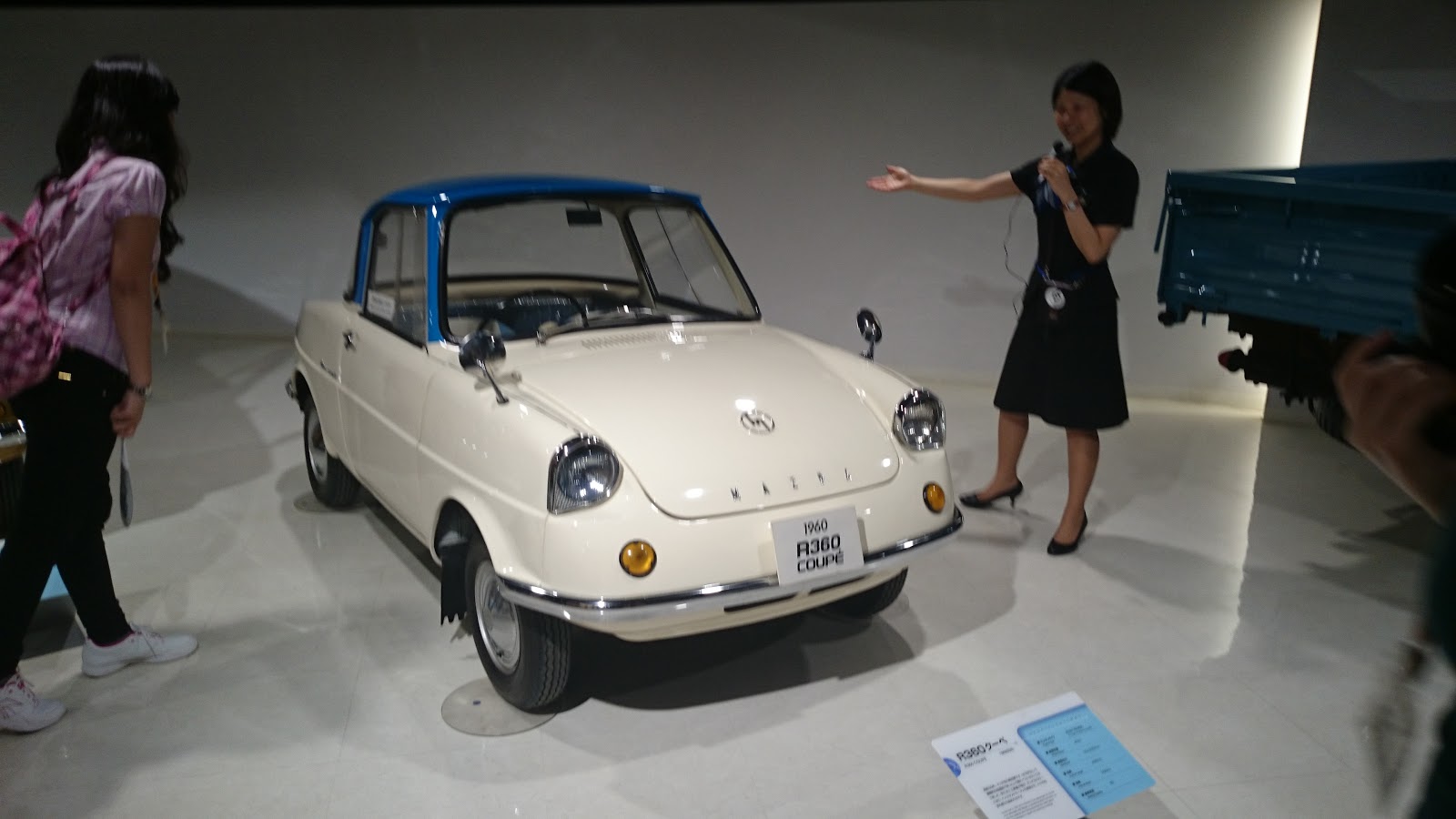 Our purpose in travelling to Hiroshima was simply to visit Mazda's car factory. Alex has a fascination with production processes and with there soon to be no large scale car manufacturing done in Australia where better to see it at work than in Japan. Plus we've owned three Mazdas, including our current vehicle. Hiroshima is home to Mazda (though our car is actually manufactured in a plant in an adjacent prefecture). 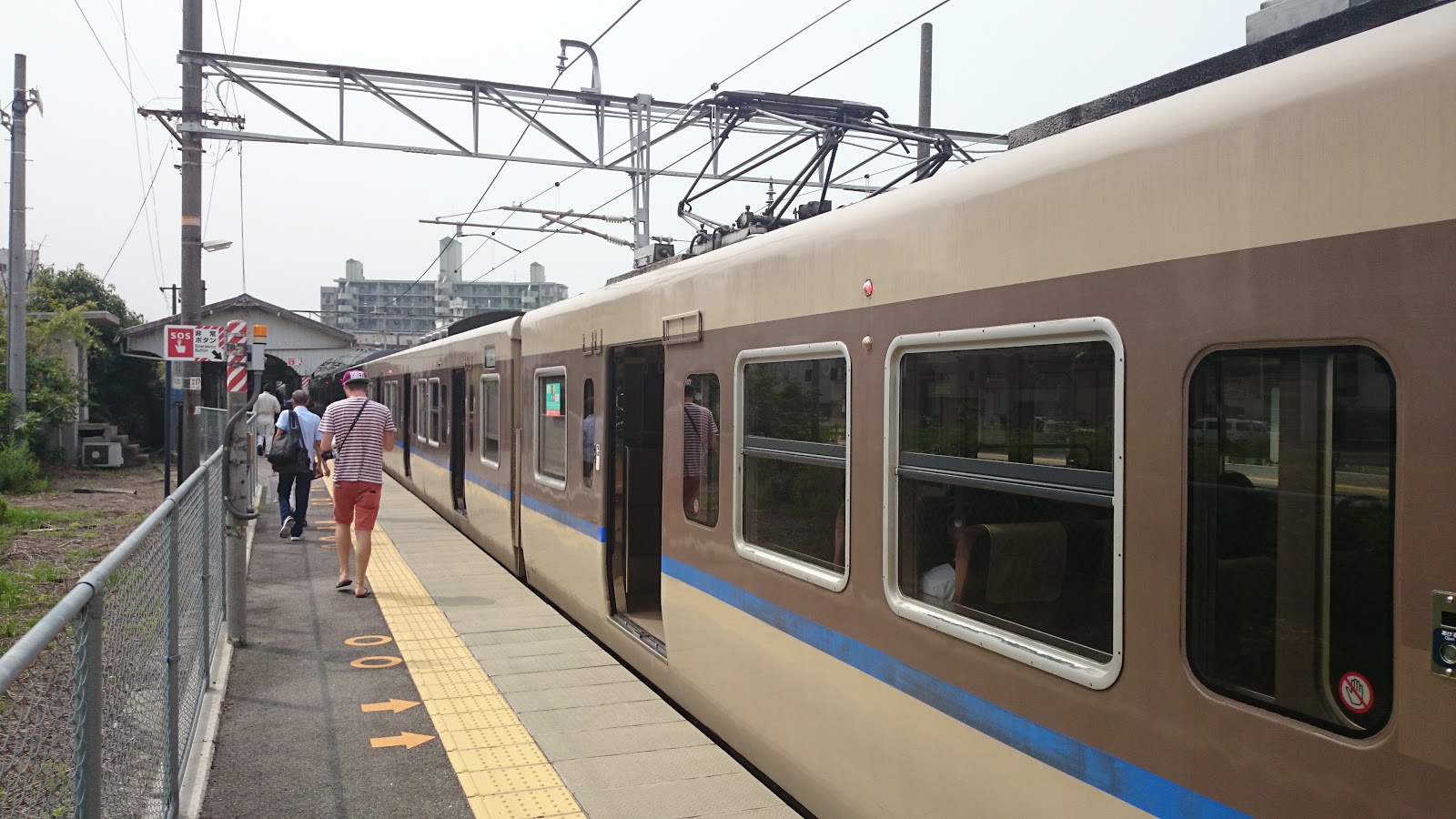 We caught the train to Mukainada Station, a couple of stops from JR Hiroshima, then walked five minutes to the headquarter's entrance. There we were given badges and allowed to wander around the cars on display. A later version of our car, a Mazda 6, was on display with a sign that it had won a Japanese emotional award. I got teary. 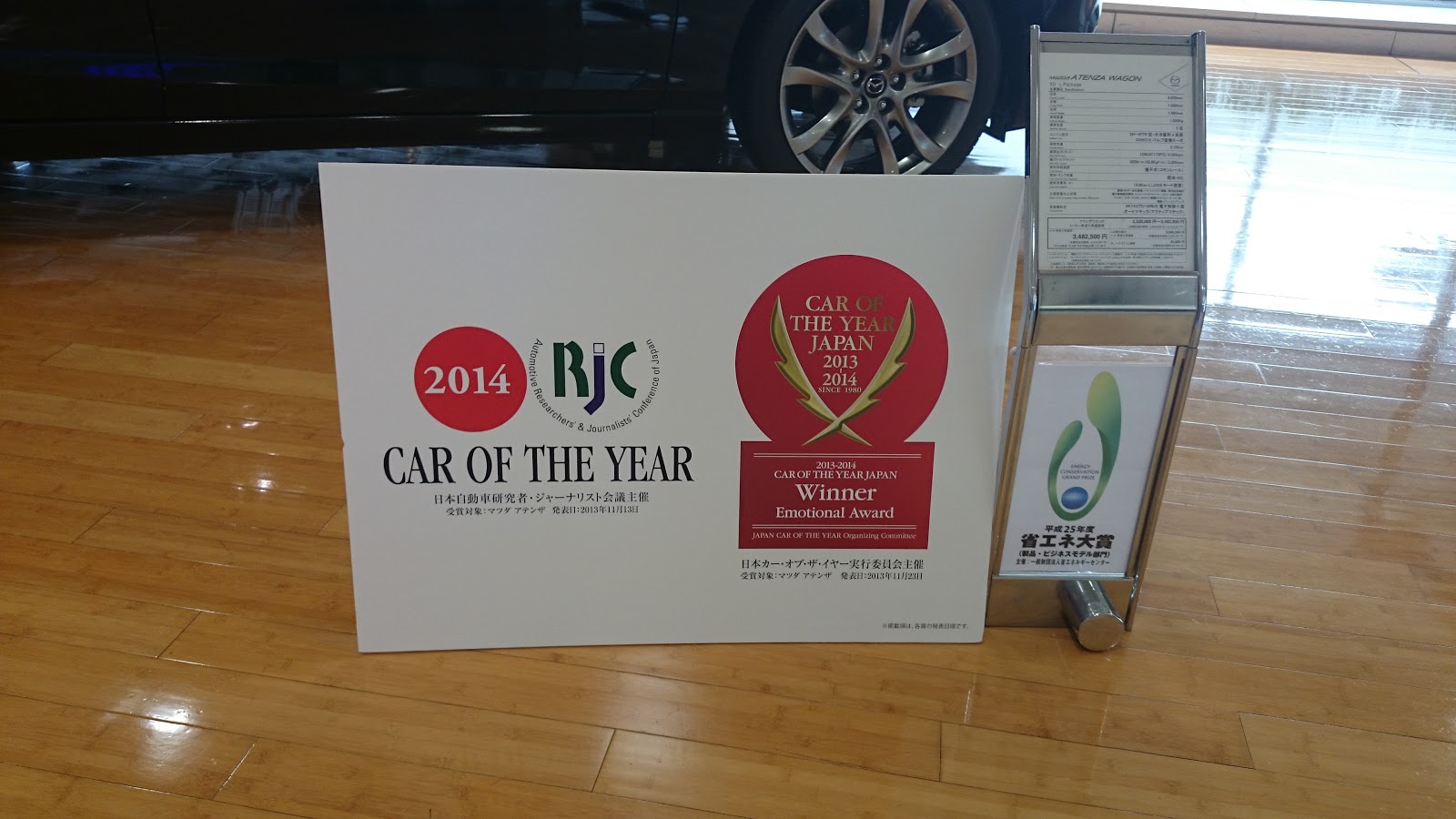 A guide led us to a waiting (Mazda) bus and we were driven past the engine factory (no photos except in the showroom and museum please!) and across "one of the longest privately owned bridges in the world" before coming to a stop outside their museum.

There was a ten minute video presentation about the history of Mazda ("Did you know..."). The company started out building motorised tricycles which were distributed by... Mitsubishi. There were a number of old models on display, the old stylings proving to be most amusing. The design process from full sized clay model to plastic version to full car was interesting, but naturally an Australian had to start lecturing the young tour guide about Ralph Sarich when in the rotary engine section. 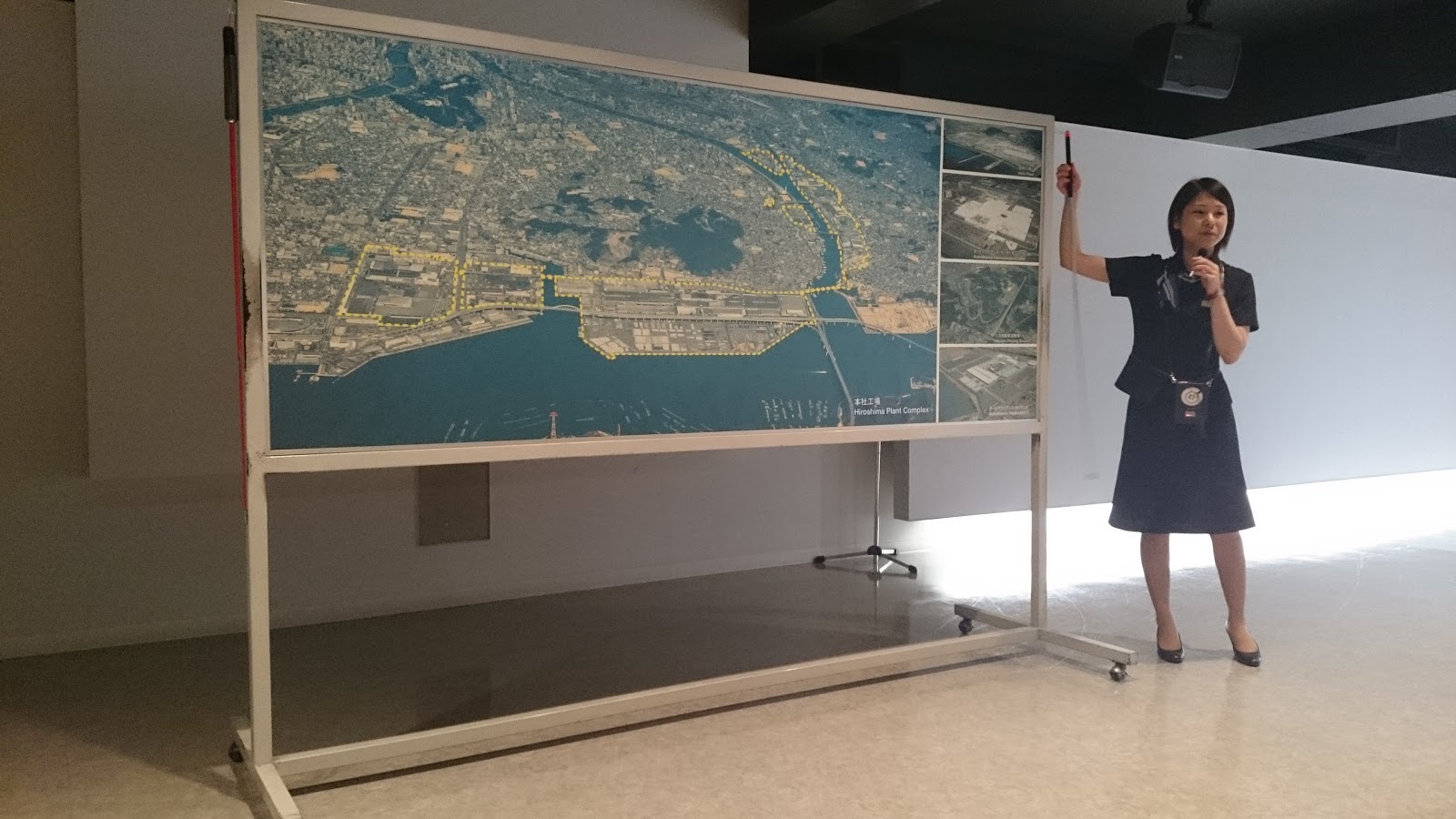 What was really interesting was walking above part of the assembly process. The full plant length is seven kilometres, that building about 1 kilometre in length, so it was only a snapshot. Still, watching the cars gradually move through a number of steps with a mixture of vehicles on the line, workers completing their section, robots doing some tasks, was quite fascinating.

Finally we passed by a display of some of the latest models of vehicles, including electric and hydrogen powered. It's a pity the factory has a coal based generator... 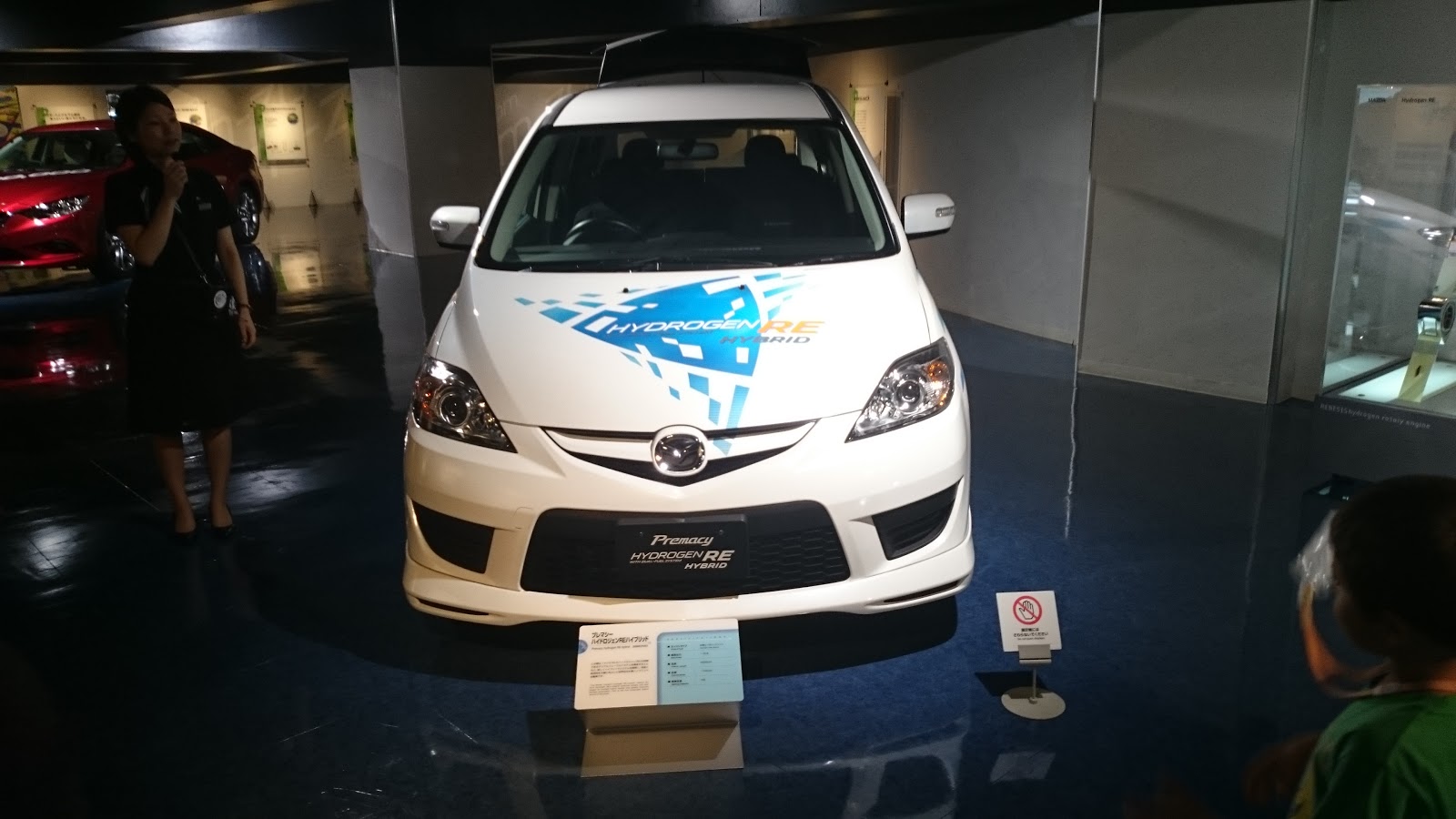 Then it was back on the bus, with Mazda fans and plastic model cars in hand, and along to the entrance. 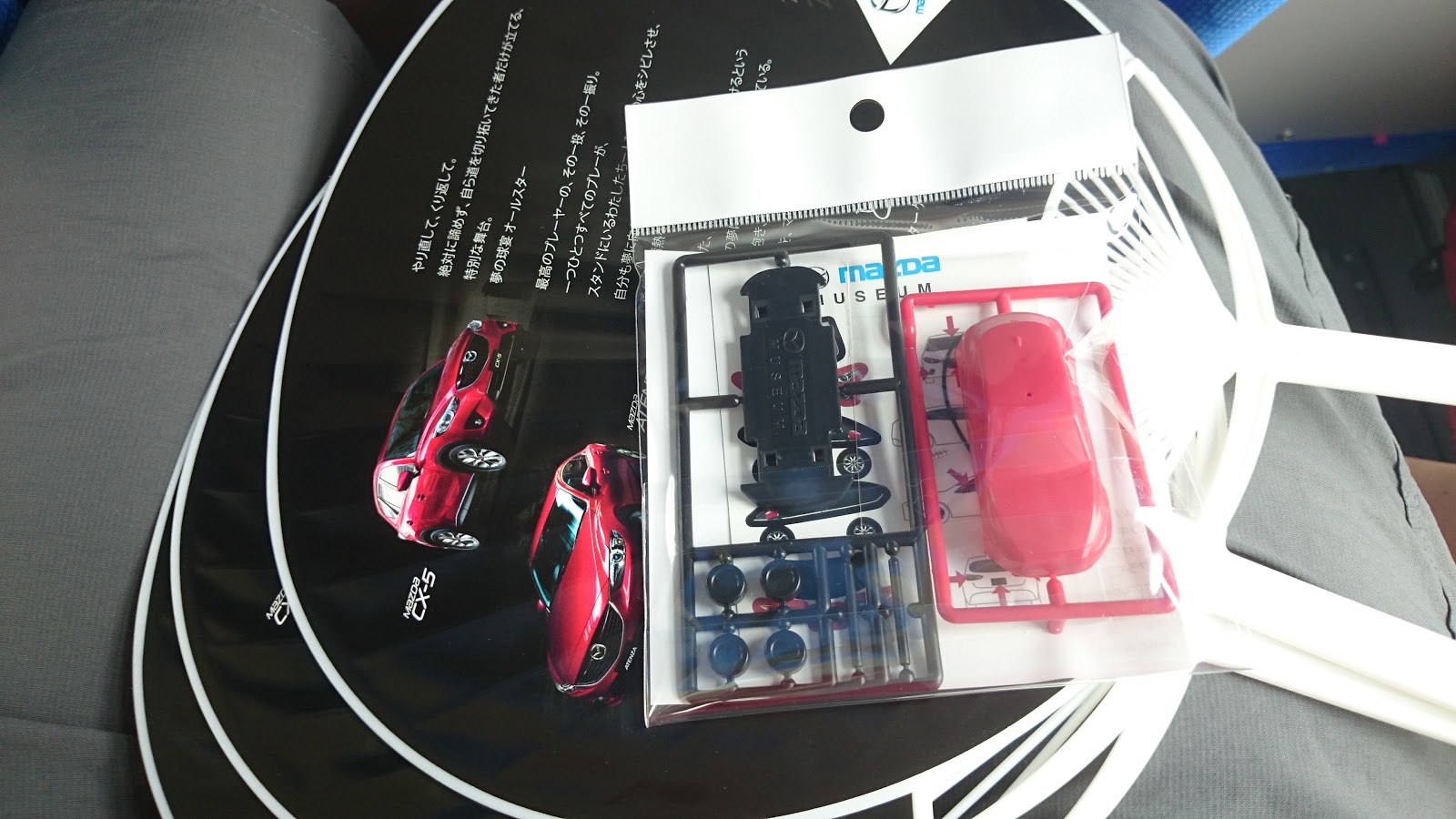 Back at Hiroshima Station we struggled to find lunch, eventually just bought sandwiches and a cheap bento box from the convenience store, and caught the Sakura Shinkansen to Shin-Osaka. Unable to book seats together we went to the unreserved section where there was even a three seater just for us! 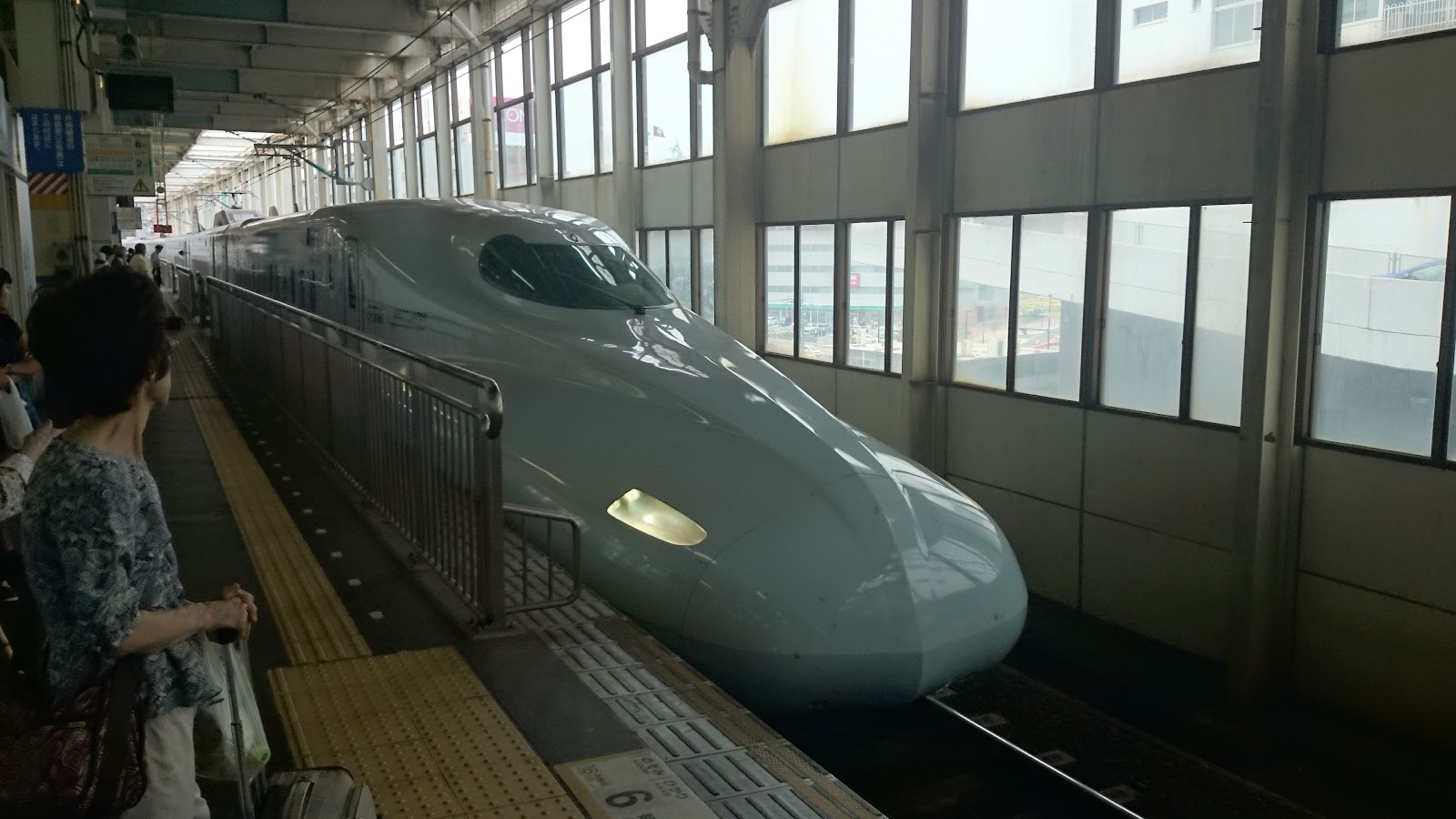 With an hour between trains, we quickly popped on a local service from Shin-Osaka to Osaka station, did some fast shopping at Daimaru, UniQlo and Tomy Plarail shop before jumping on the Thunderbird service to Toyama with barely a minute to spare.

I found it an attractive ride through the hazy afternoon sunlight, past placid Lake Biwa, but B and Alex complained that we should have just stayed in Osaka or gone directly to Tokyo. 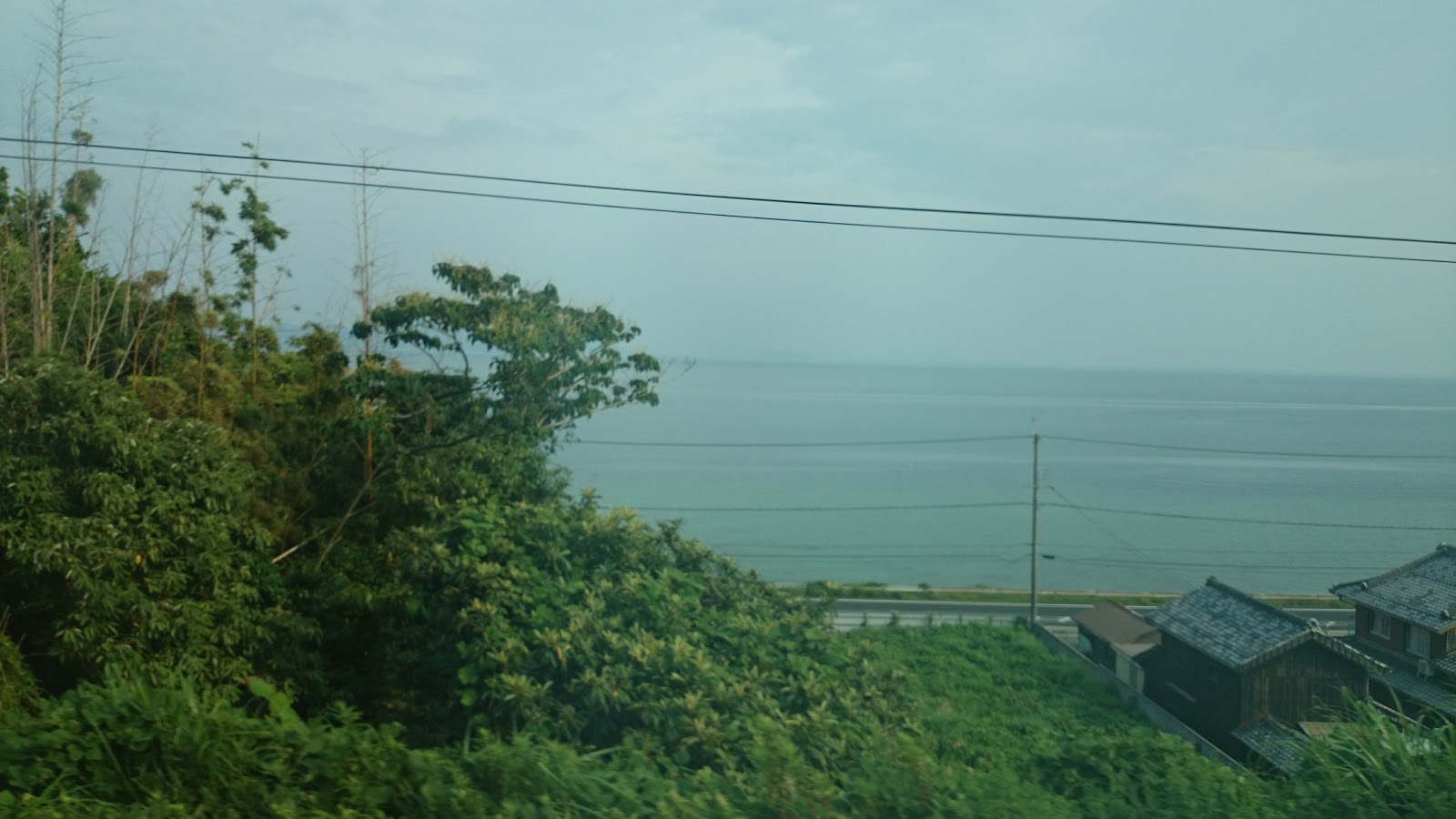 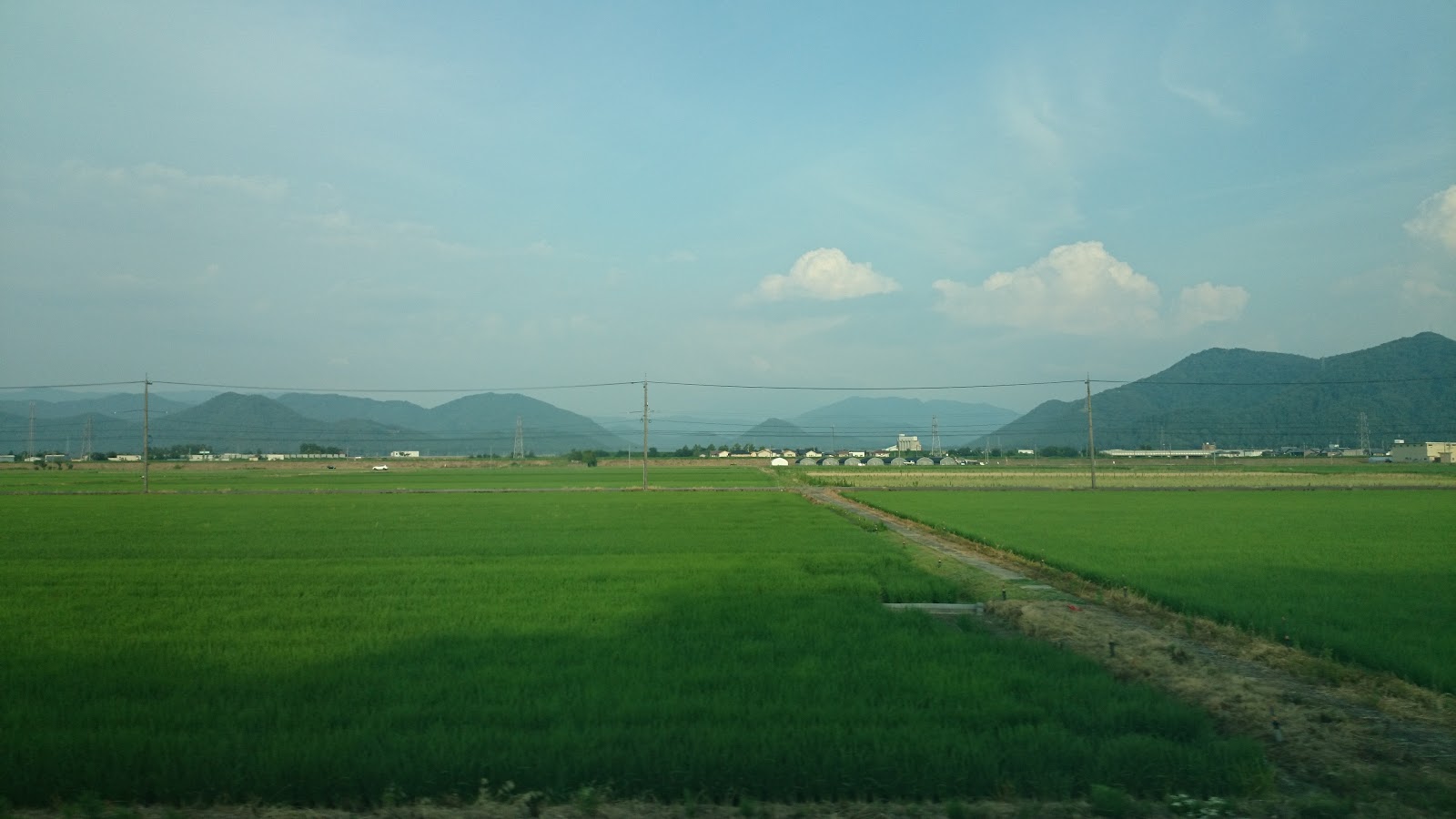 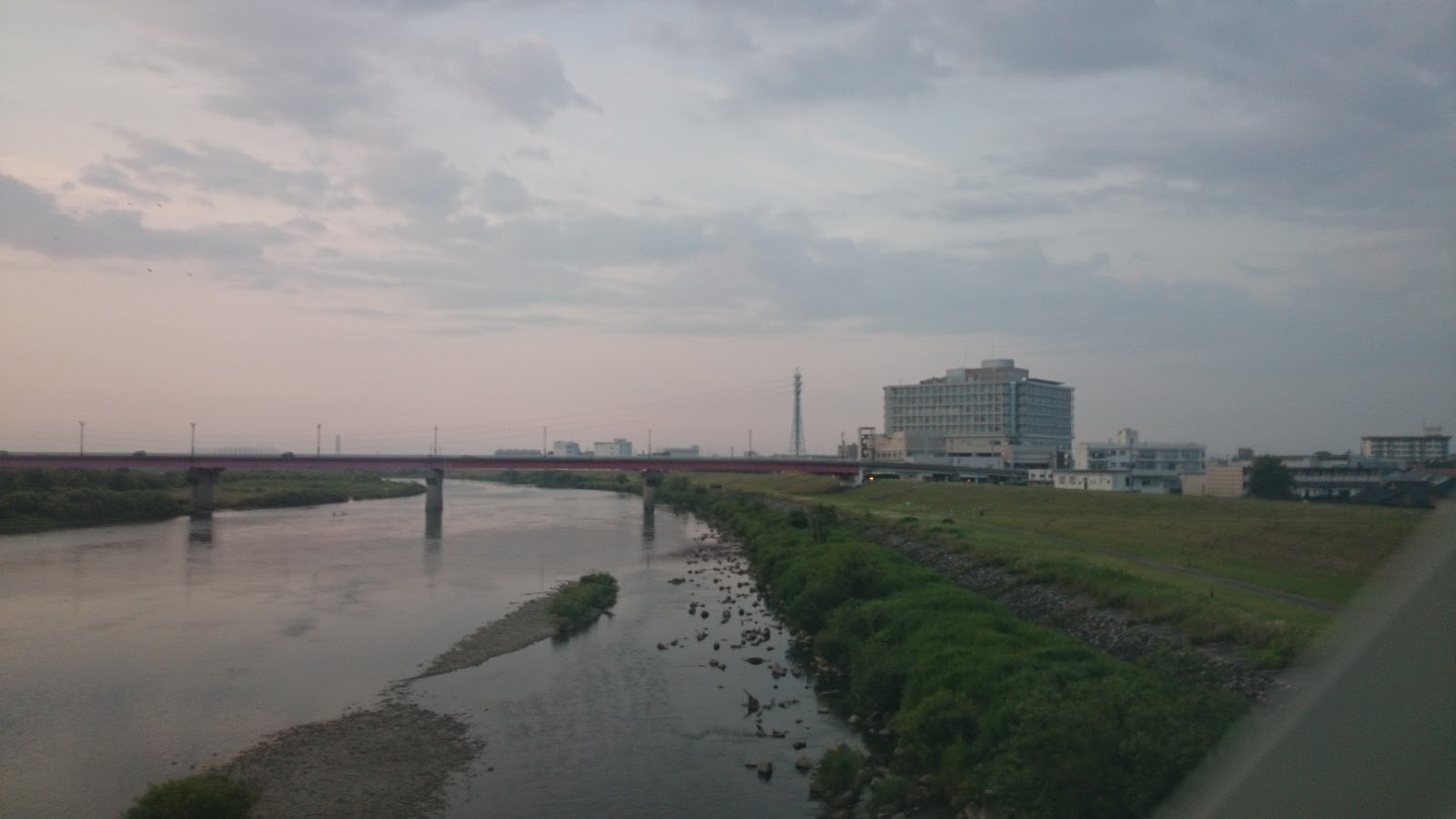 At Toyama we caught yet another tram service from the station to our hotel, the Manten. I somewhat redeemed myself by taking us to an adjacent yakiniku restaurant where we grilled our own chicken, pork and beef. The hotel also featured a decent, but busy, hot shared bath, always good for soaking the tired travelling muscles. 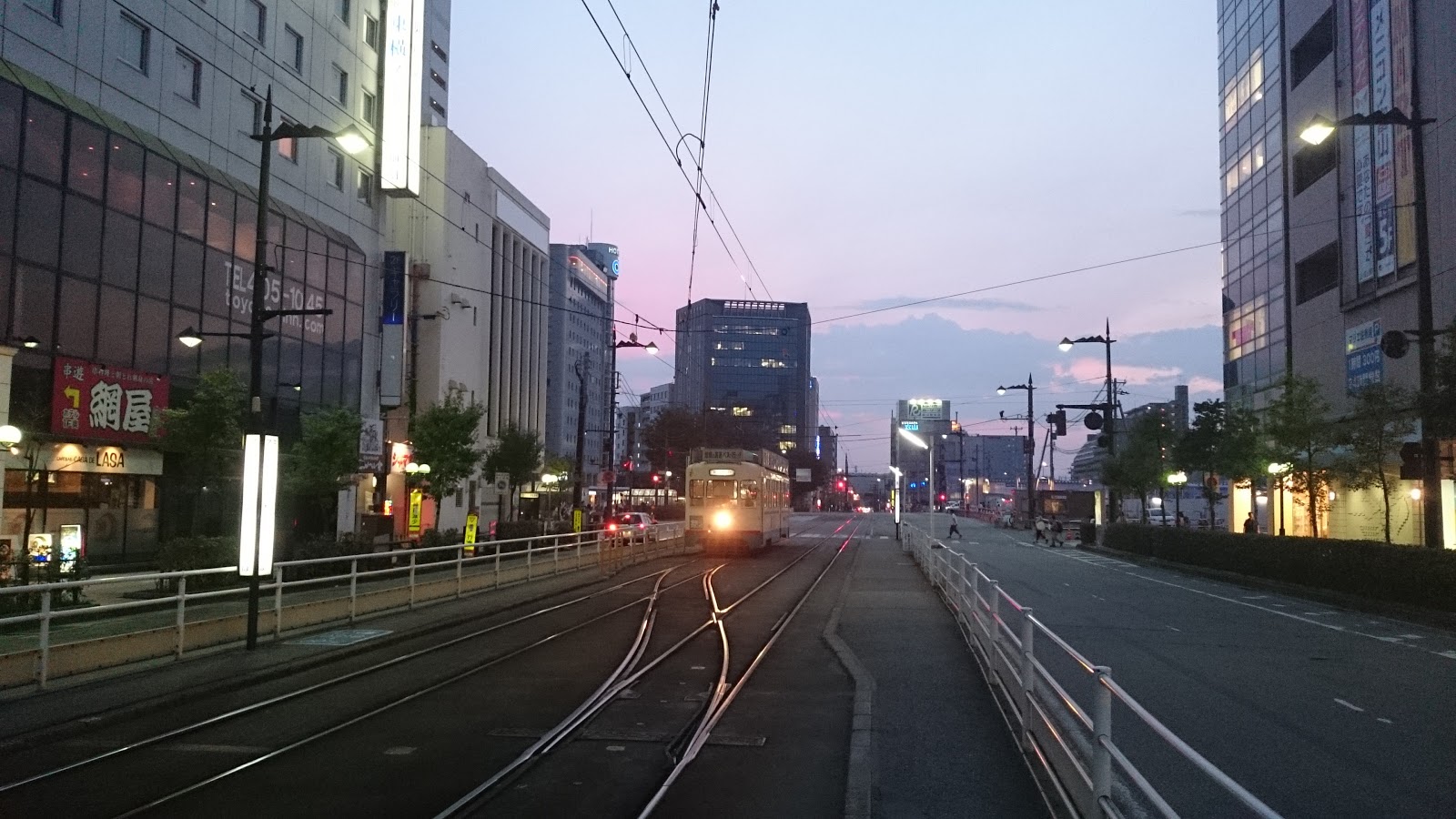 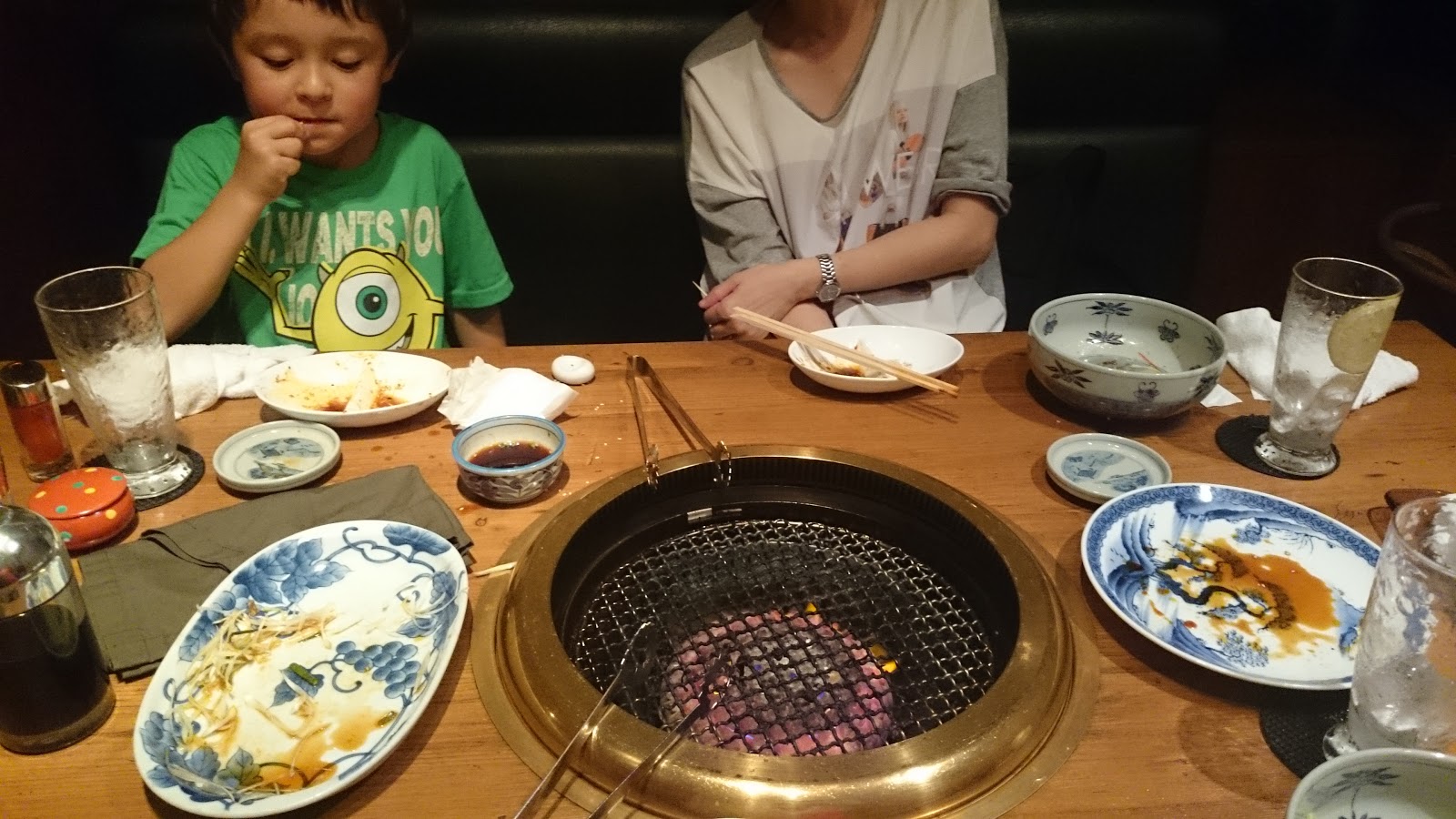 We fell asleep arguing whether we should split up the next day with me taking the slow train to Tokyo and B catching a Shinkansen.