Down the Oito Line 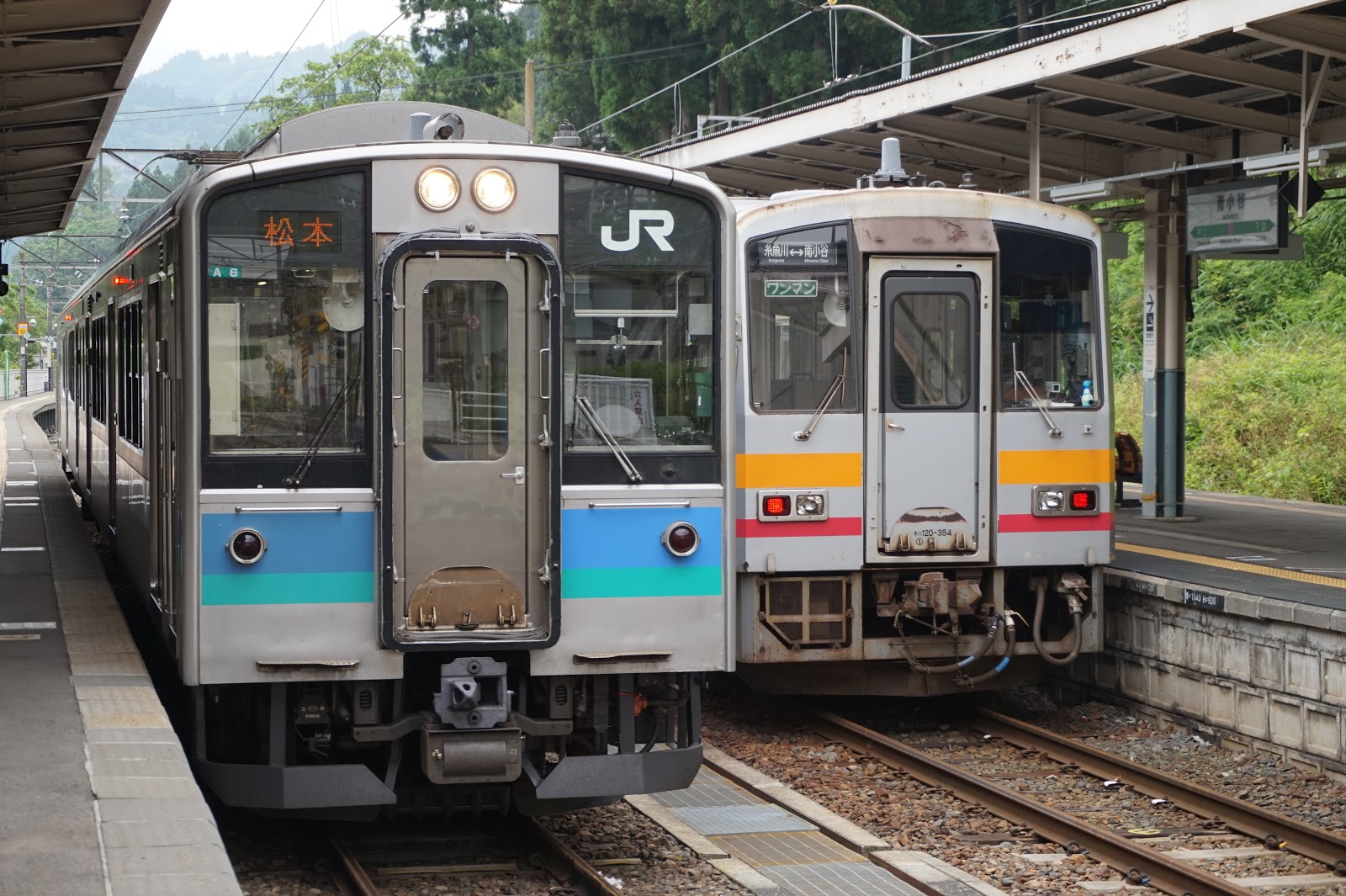 Riding the length of the Oito Line from Itoigawa to Shinjuku (well, Matsumoto, really, but you might as well go the whole way) has long been a dream of mine. It suddenly gained urgency when I read that the last length of it between Itoigawa to Minami-Otari would be closed once the Hokuriku Shinkansen to Kanazawa and Toyama opens by next year.

Now, as mentioned last time, B and Alex are among those that would much rather catch the very fast Shinkansen, but in the end she decided to follow me, despite the very early morning. We rode the Hokuetsu Express from Toyama to Itoigawa, completing a little more of that West Coast for me. Though the coastal stretch was short there were some nice views at times. 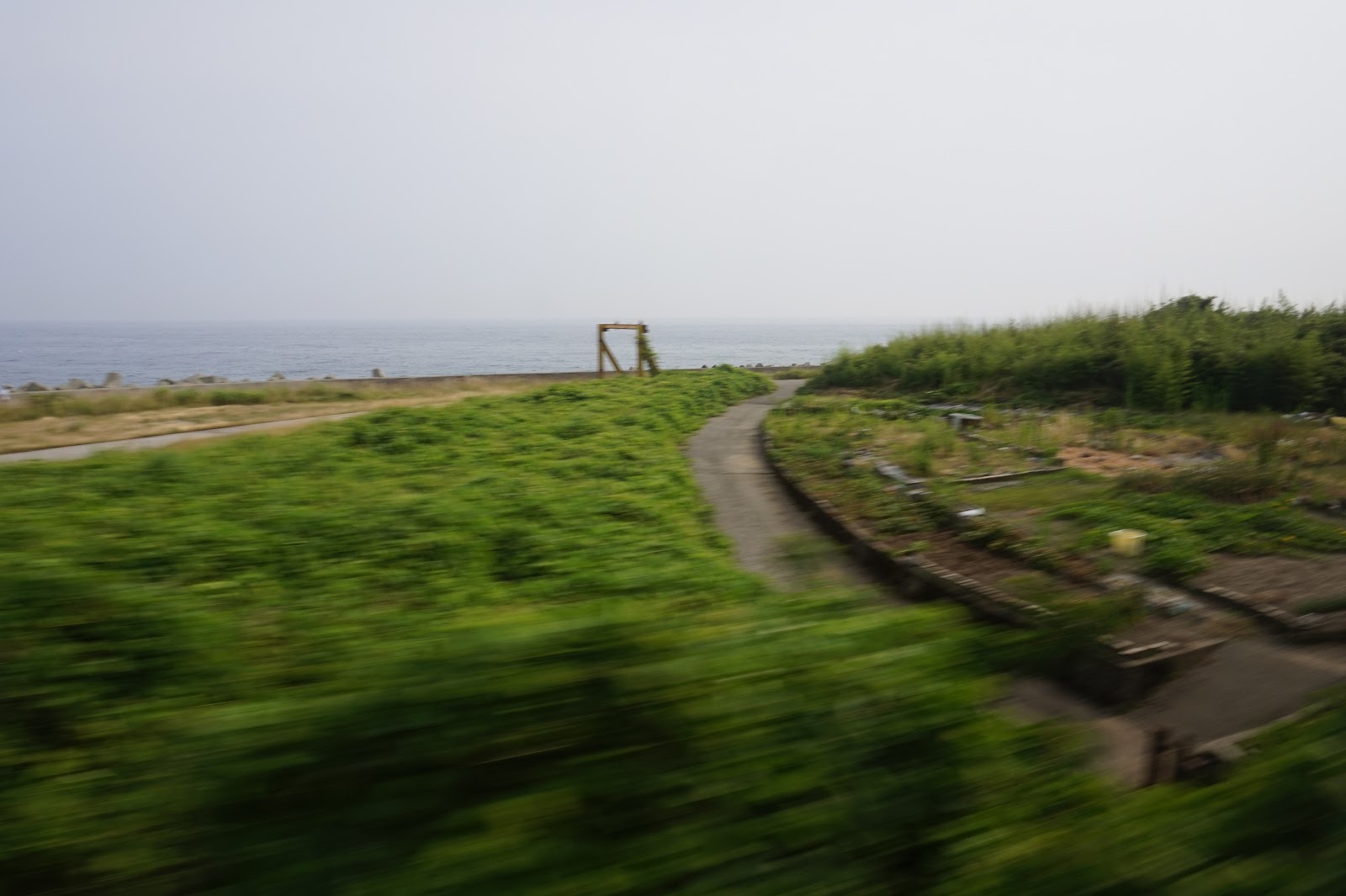 I should like to see more of Itoigawa one day, explore its geology. But now we had to quickly cross over the platform bridge to catch our train to Minami-Otari. To my great delight it was a KiHa 120 railcar, my favourite. 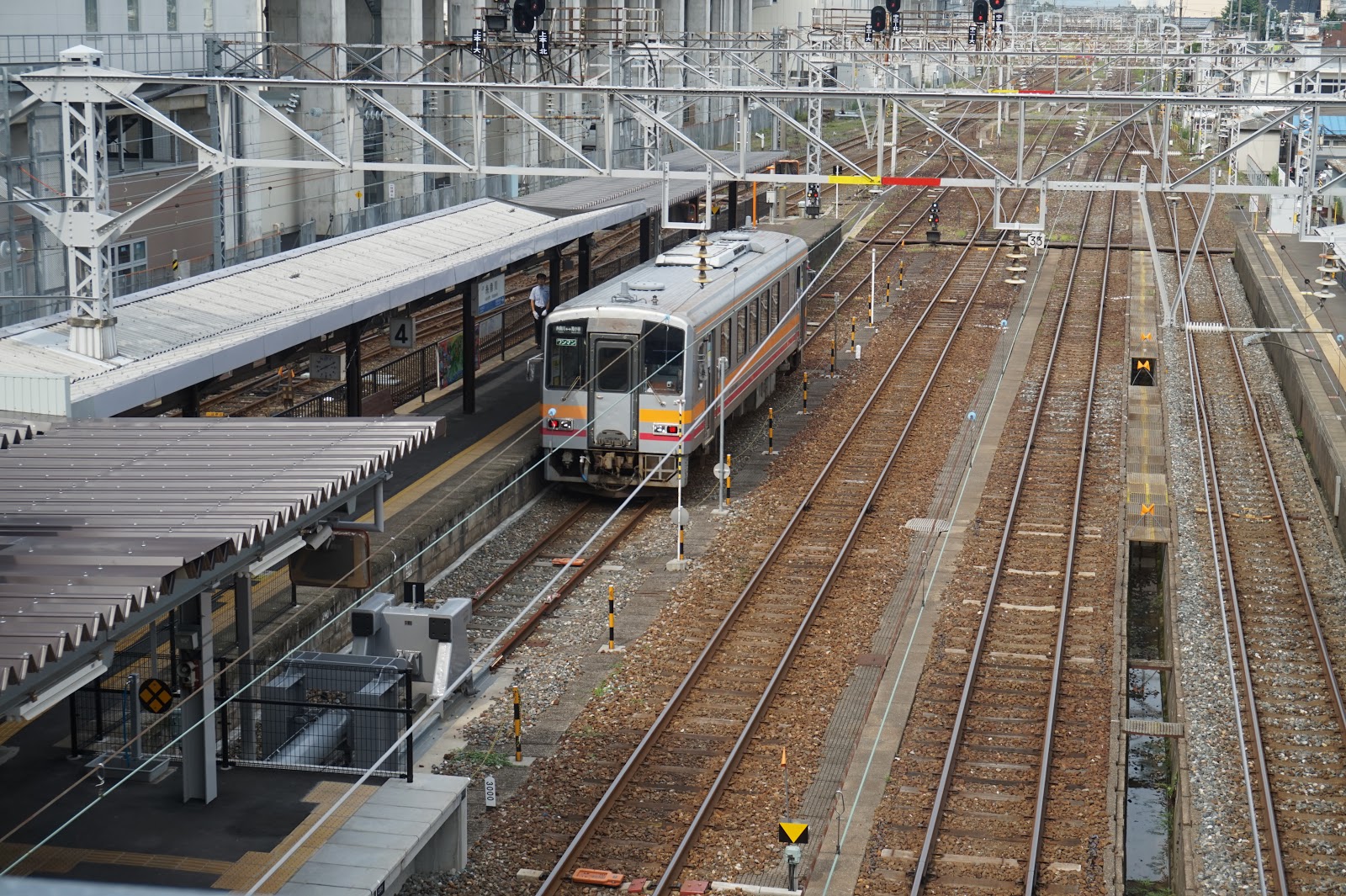 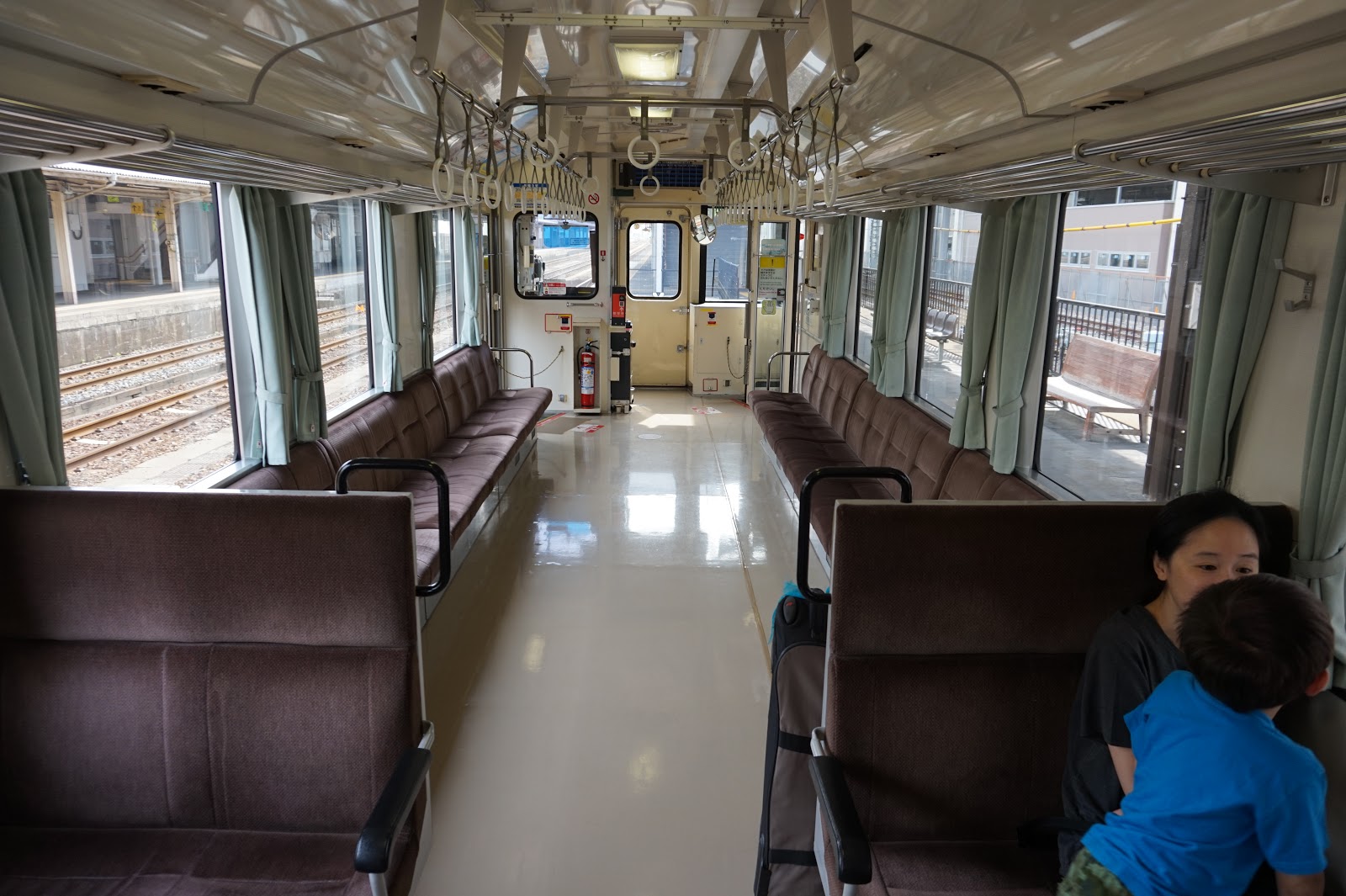 I felt a degree of sadness standing up at the front of that train as it chugged and rattled and shook its way along the line, following the river, passing through many tunnels and over bridges, all under the shadow of the mountains. It was a beautiful route, though many of the shops and houses along the route were shuttered or collapsing with destitution. And there were only a couple of others on the train, one obviously a tourist riding it for similar reasons to my own. Sad that others will not have a chance to ride it in future.

I took lots of photos and videos. They can explain it better than I. 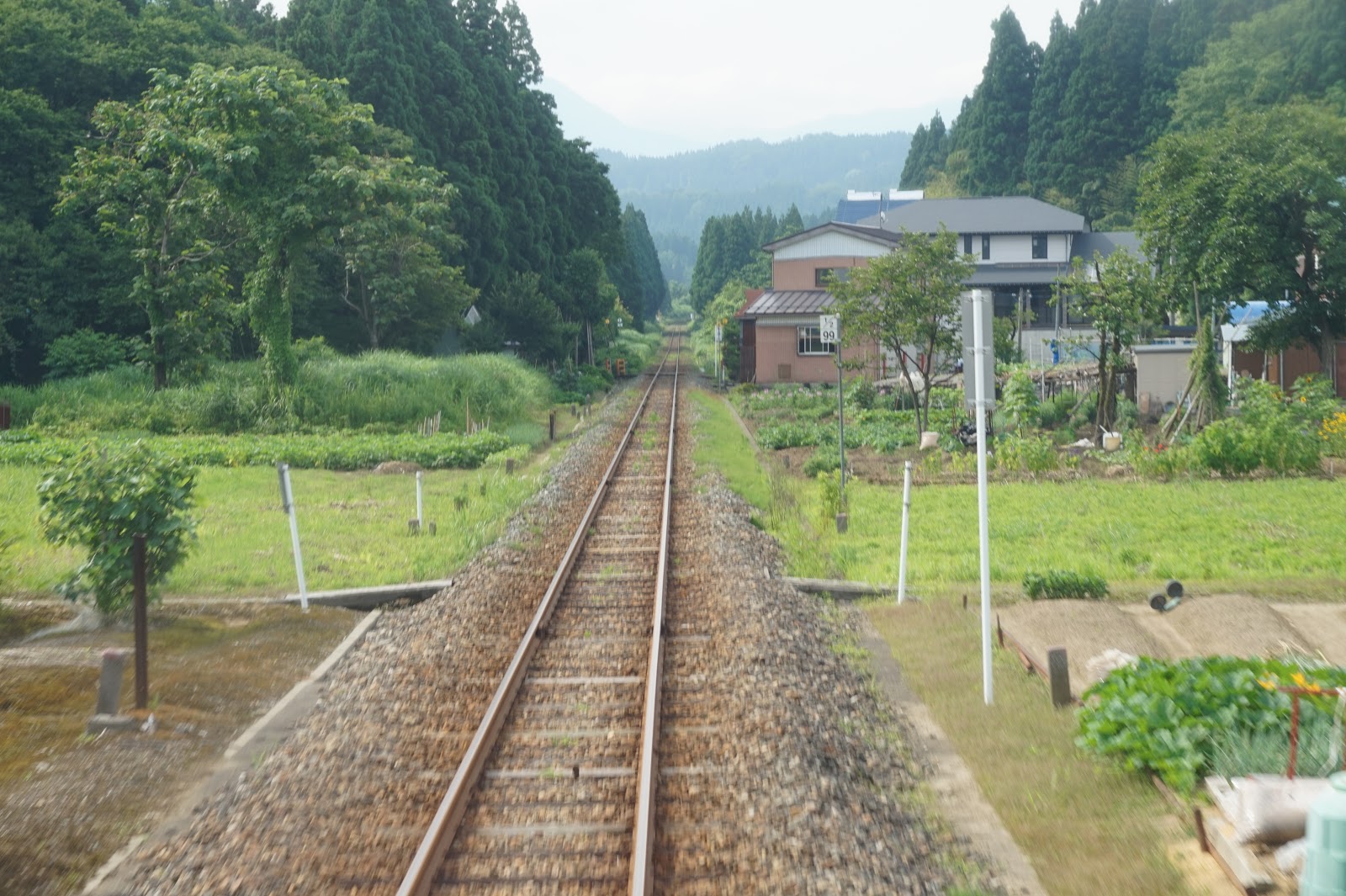 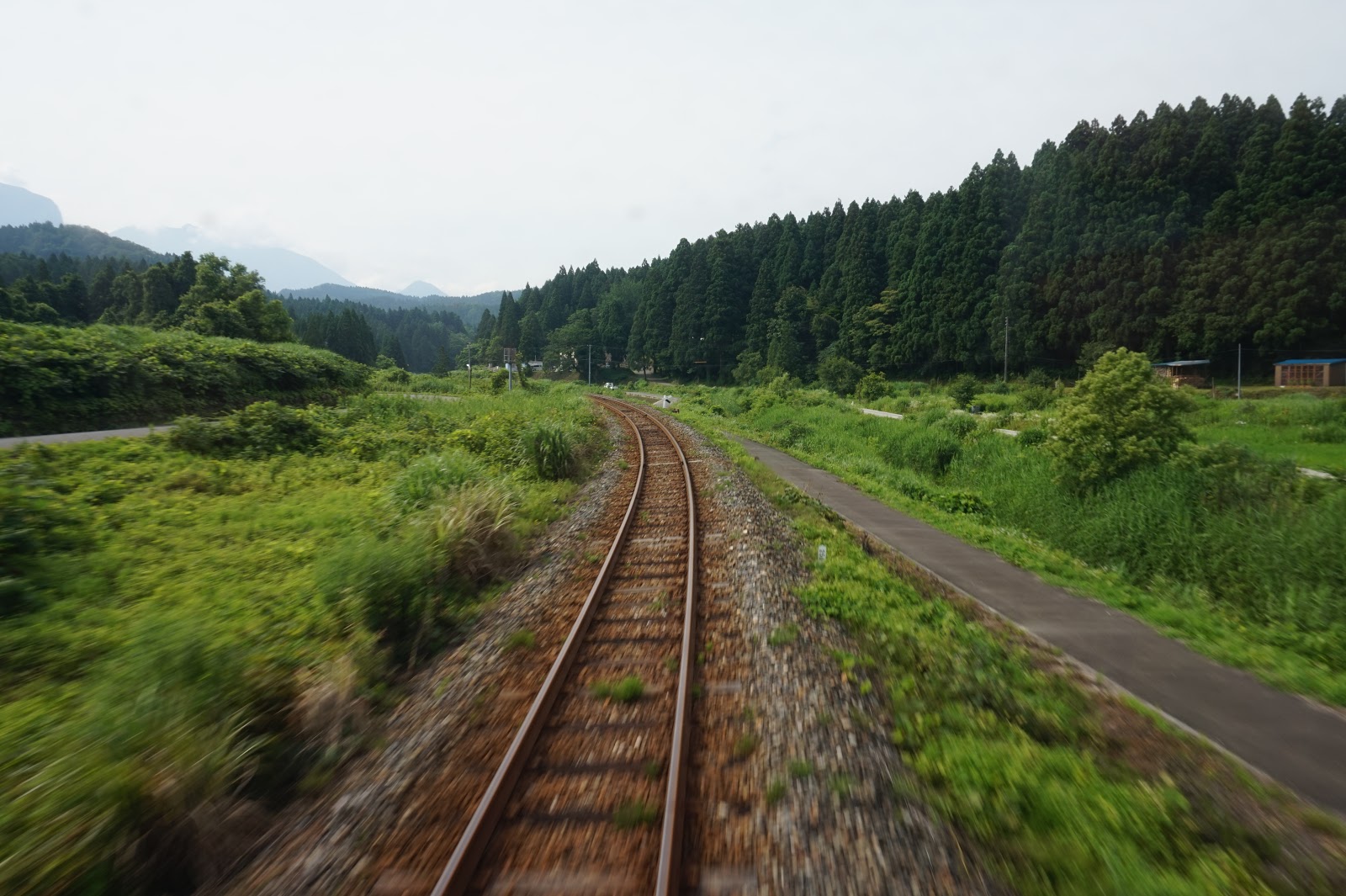 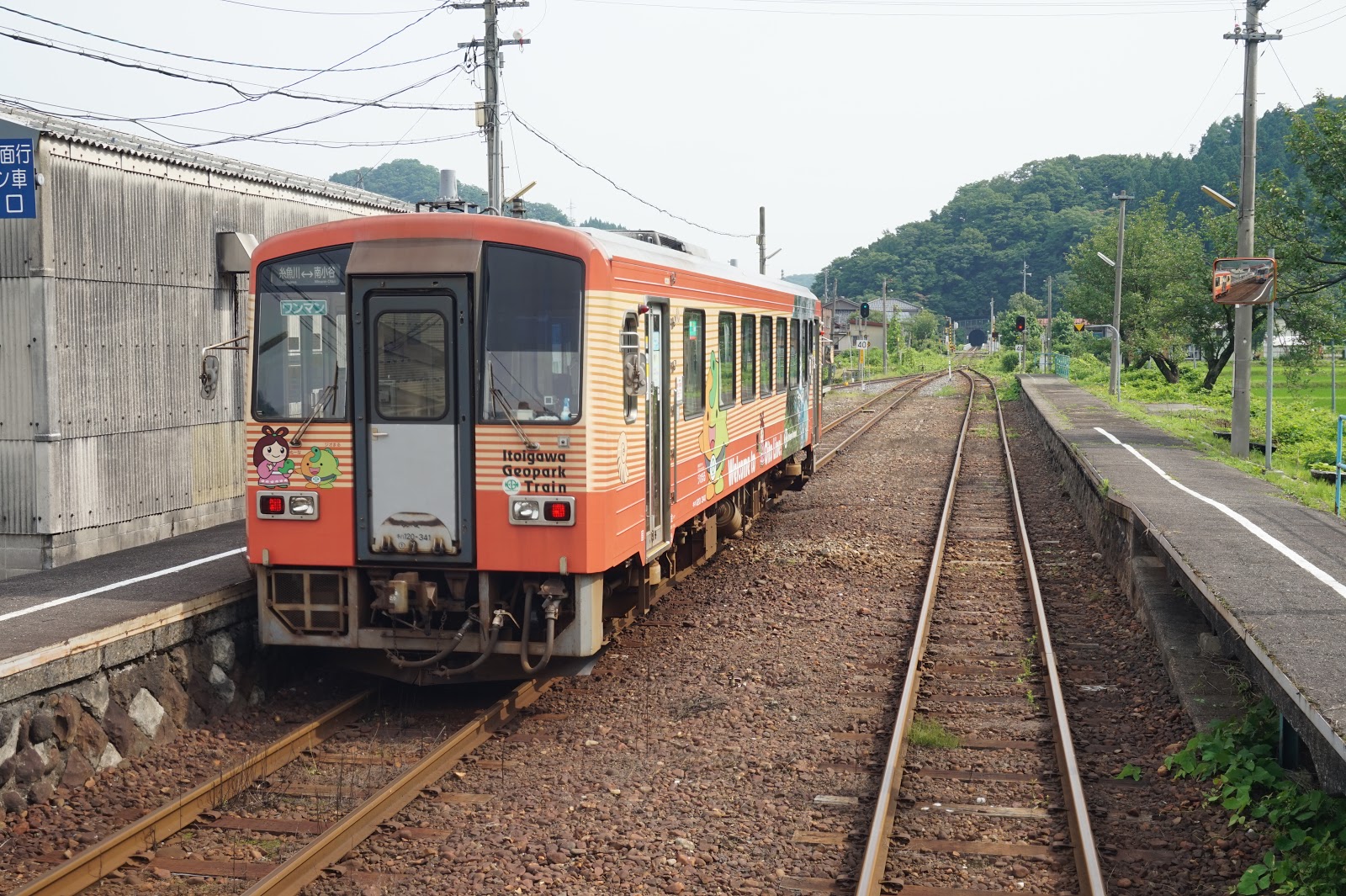 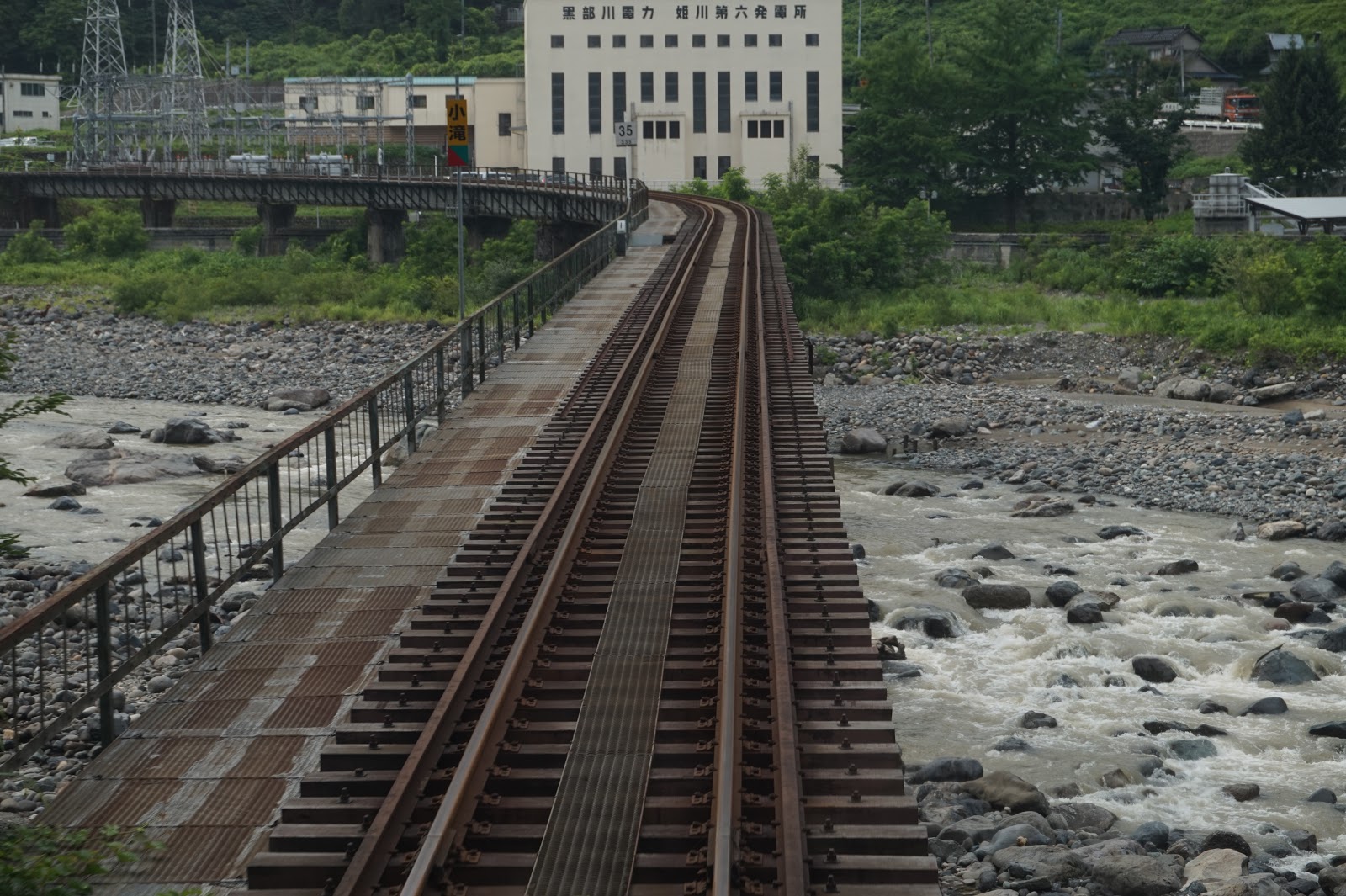 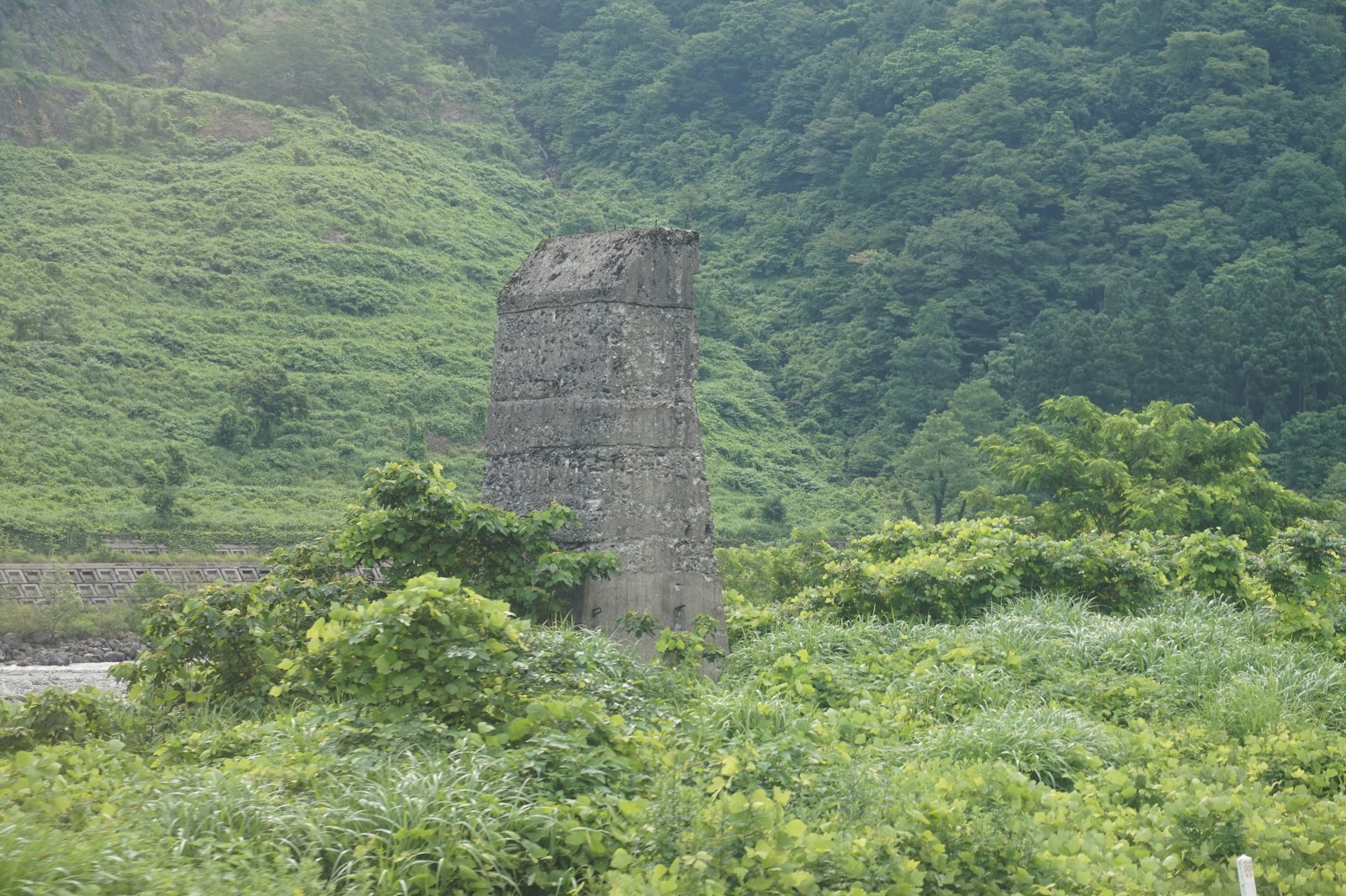 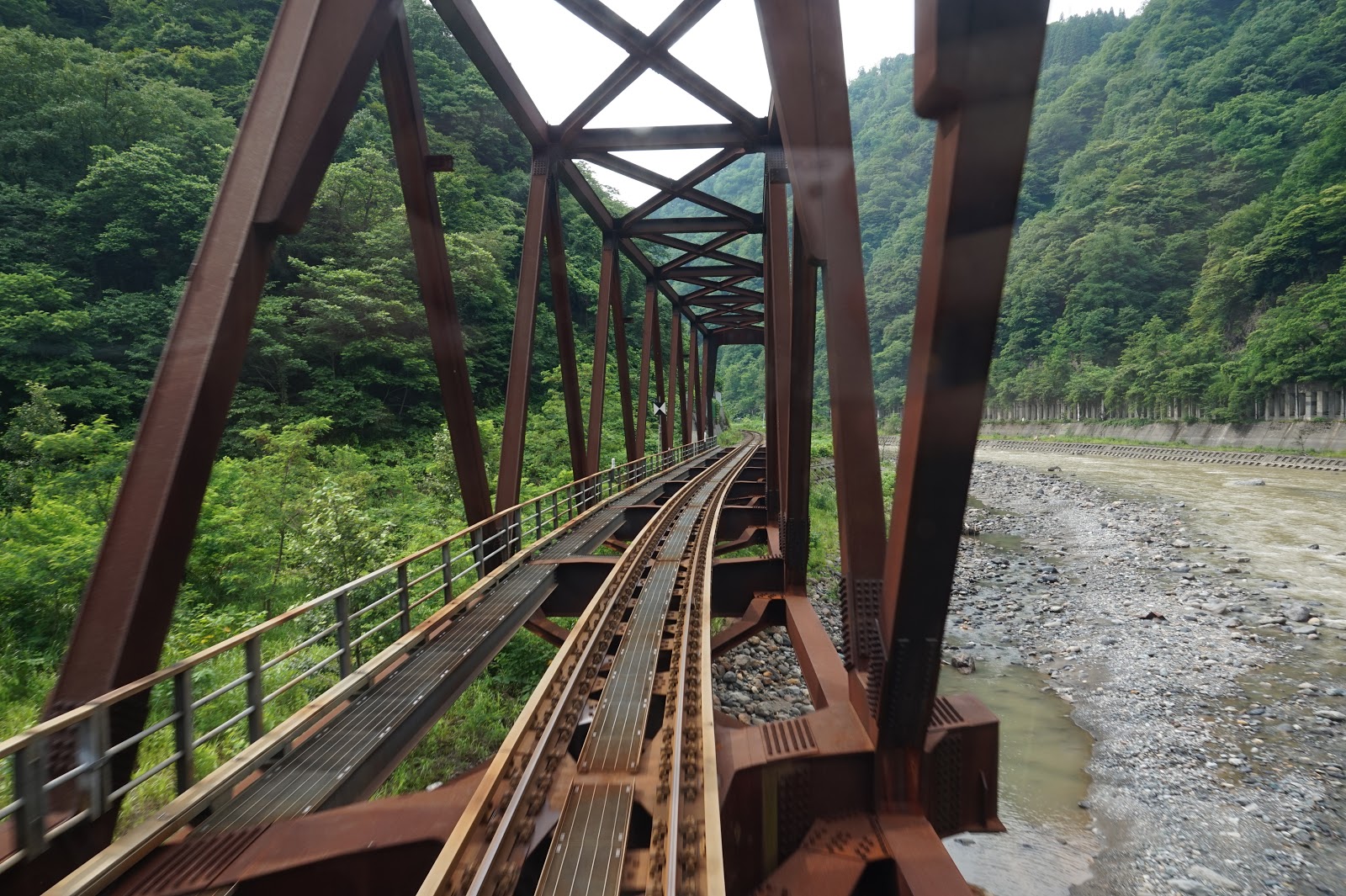 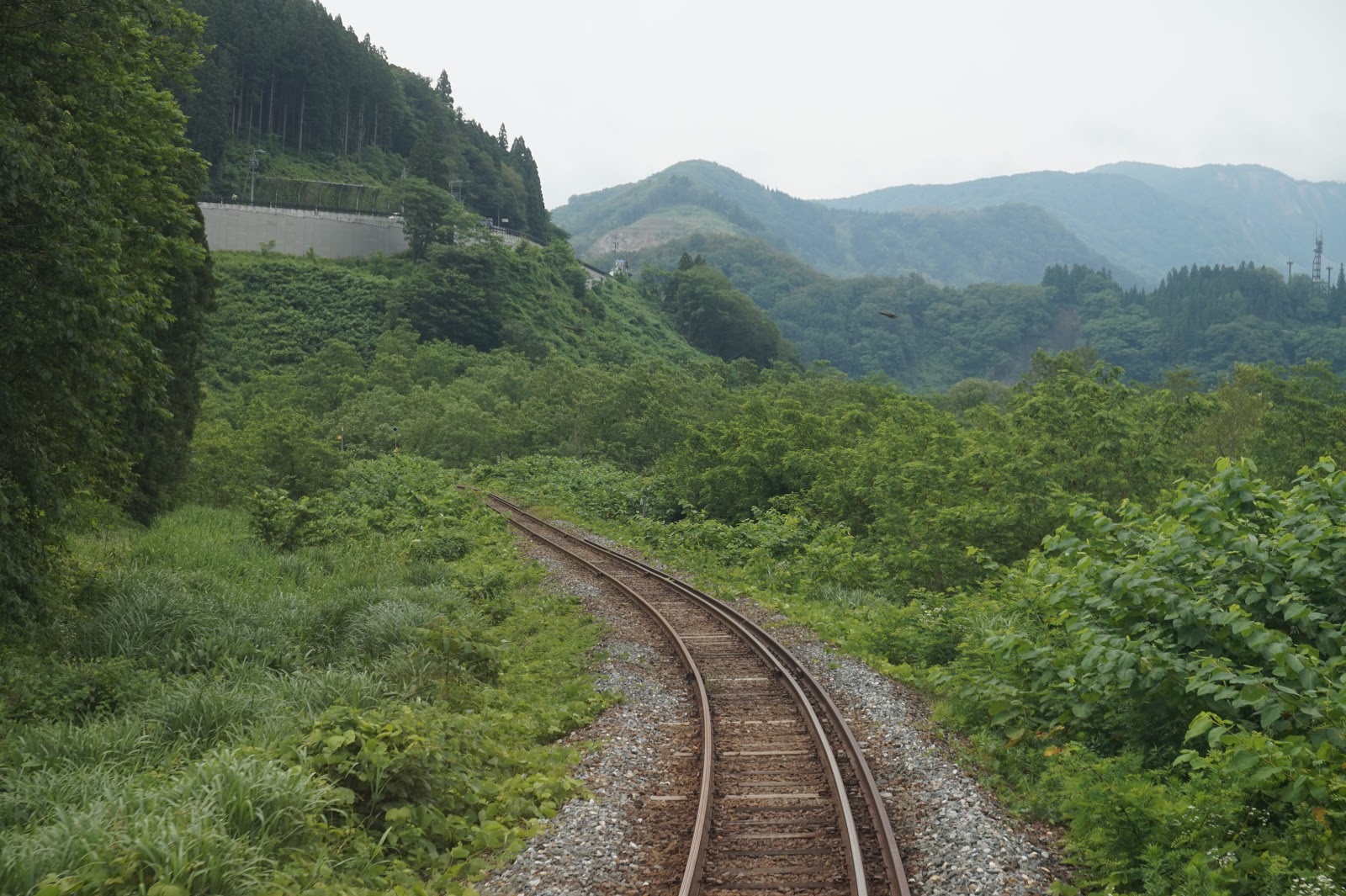 We had a short transit at Minami-Otari, enough time to pop into a nearby old style convenience store, buying local apple sweets from the Star Wars t-shirted shown owner. A group of very cute kindergarten kids trooped past: Fortunately I knew enough Japanese to ask the teacher their ages. 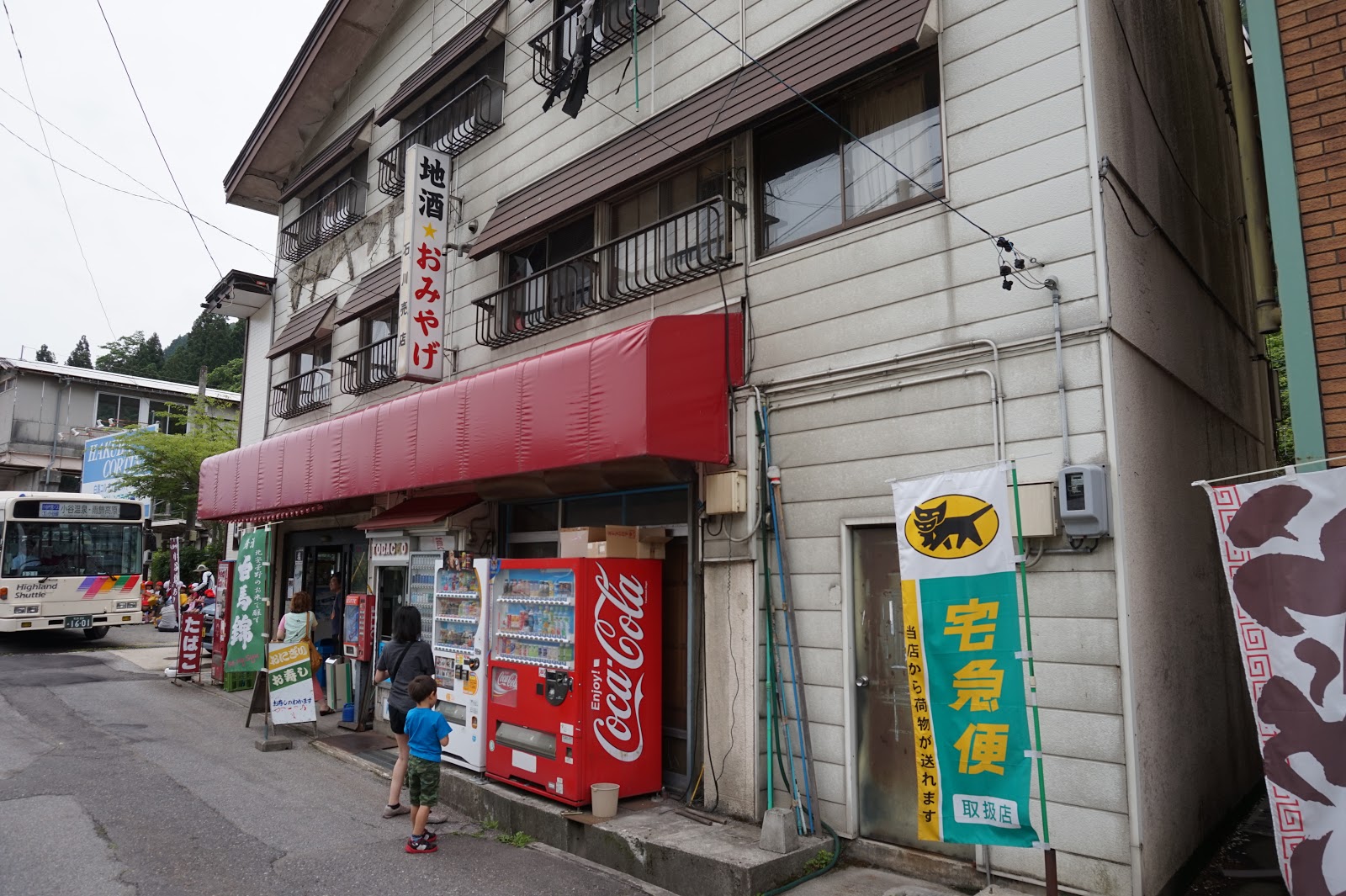 The next stretch of track, down to Matsumoto, was all electrified and the train just didn't have the same atmosphere. I thought the scenery not so special, though there were some lovely patches. 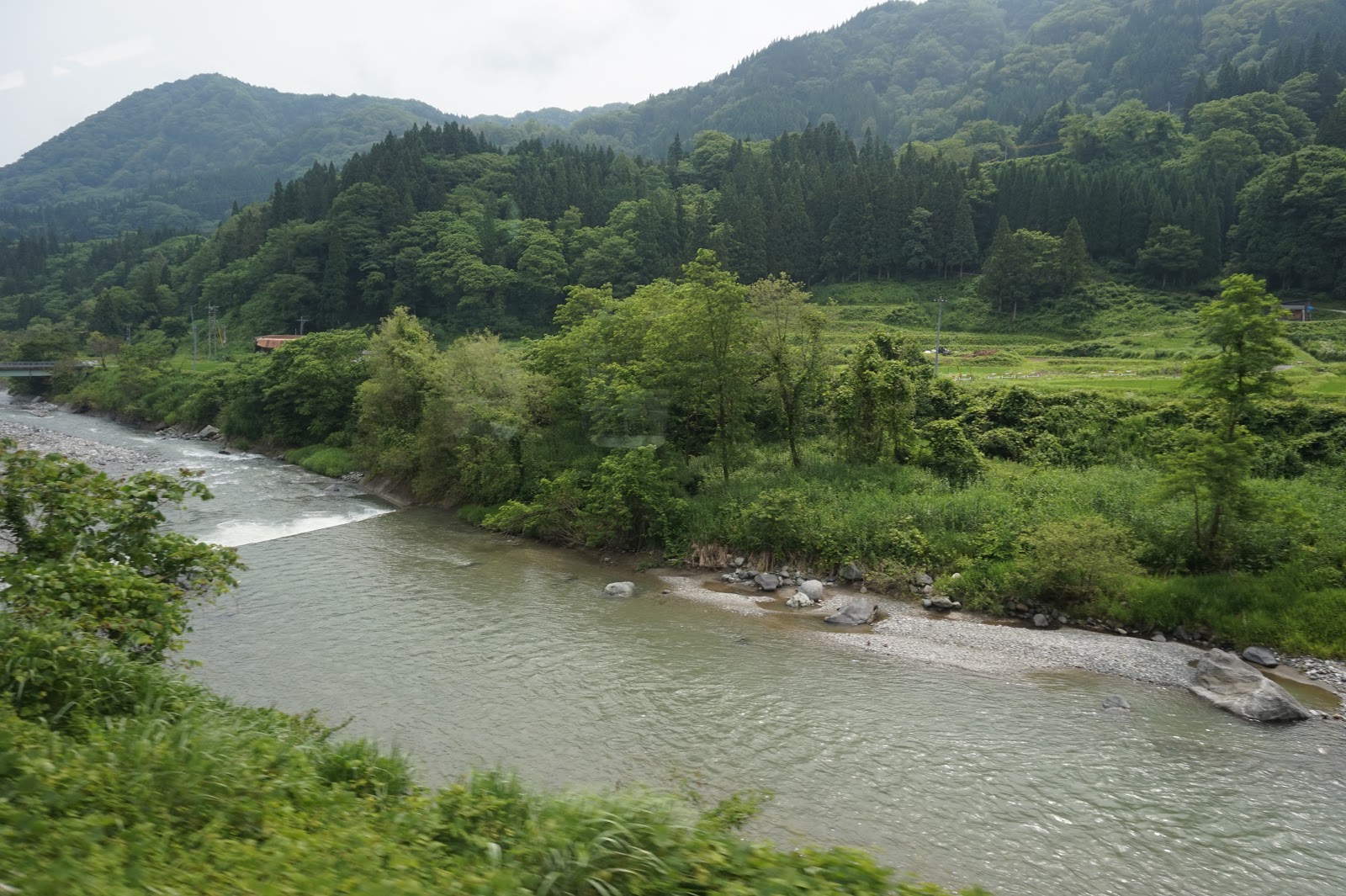 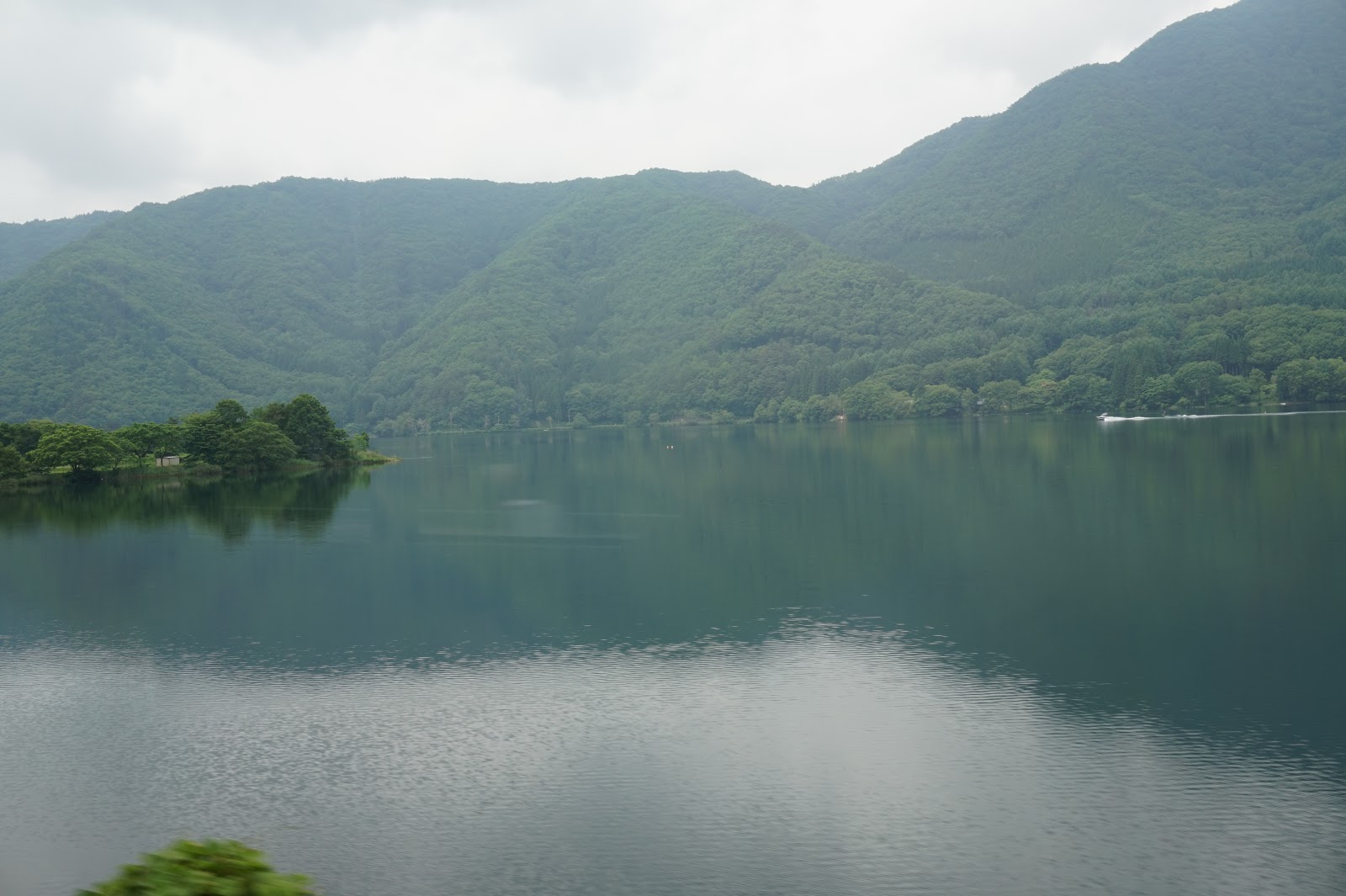 Alex was complaining about the length of the ride.

At Matsumoto we changed to another train, a colourful Azusa like we often see from our hotel at our destination of Shinjuku. The mountains scenery is quite spectacular, especially on the descent into Tokyo and sometimes, though not today, you can see Mount Fuji. 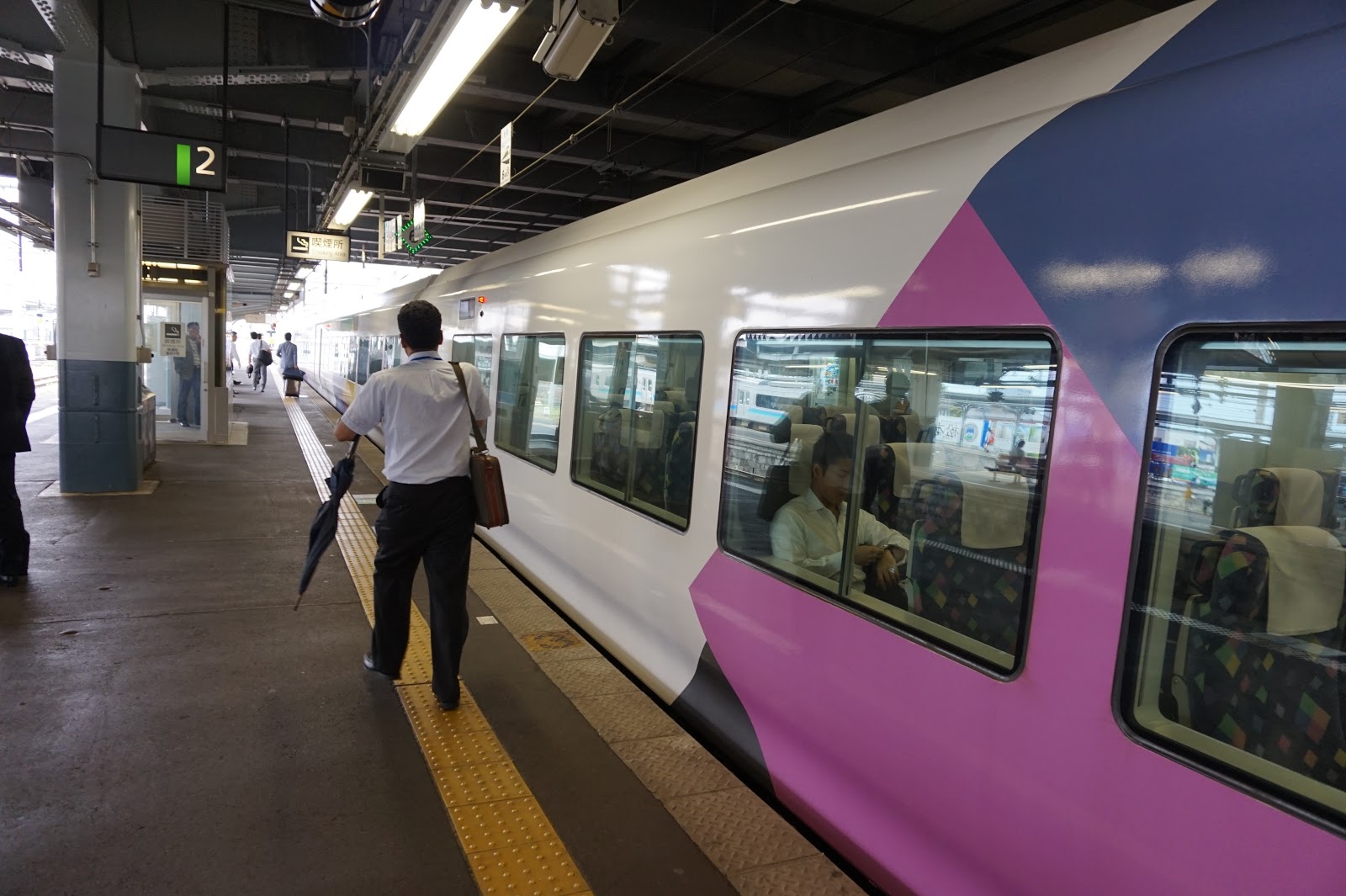 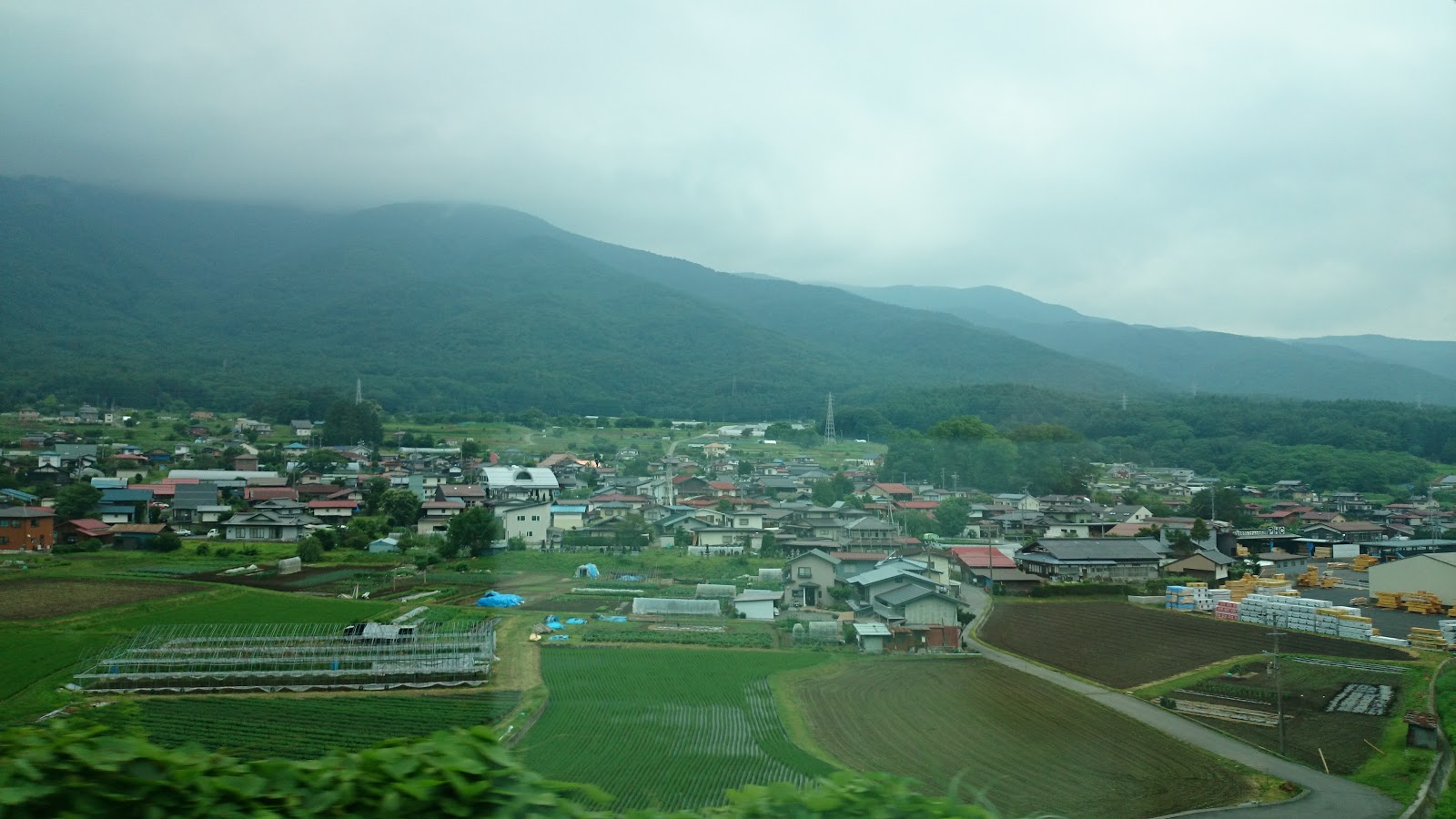 Unfortunately, I got to enjoy very little of that scenery. We set Alex off drawing and pasting into a scrapbook he is keeping of the journey. So focused was he that he got motion sick and vomited over the seat. On of the cabin attendants cleaned it up, but for the rest of the ride Alex was being sick into the sink at the end of the carriage.

And so an otherwise spectacular journey along the Oito Line was spoiled, as are my chances of getting "train days" with the family in future. Which is a pity because they are my favourite activity in Japan. That and going to "boring" places.

Alex perked up again once we got off the train and made it to our favourite hotel, the Shinjuku Prince. Even Alex said it was his favourite before even entering the lobby. He remembers it.

But there was no time to rest. First, off to the Takashimaya department store to purchase tickets to Disneysea tomorrow. Then we thought we'd go down to Odaiba to look for some bedding from Nitori. Unfortunately, or not, Google Maps suggested catching the Yamanote Line down to Osaki and then changing to the Saikyo Line rather than just catching it directly from Shinjuku Station. Maybe it confused our location. 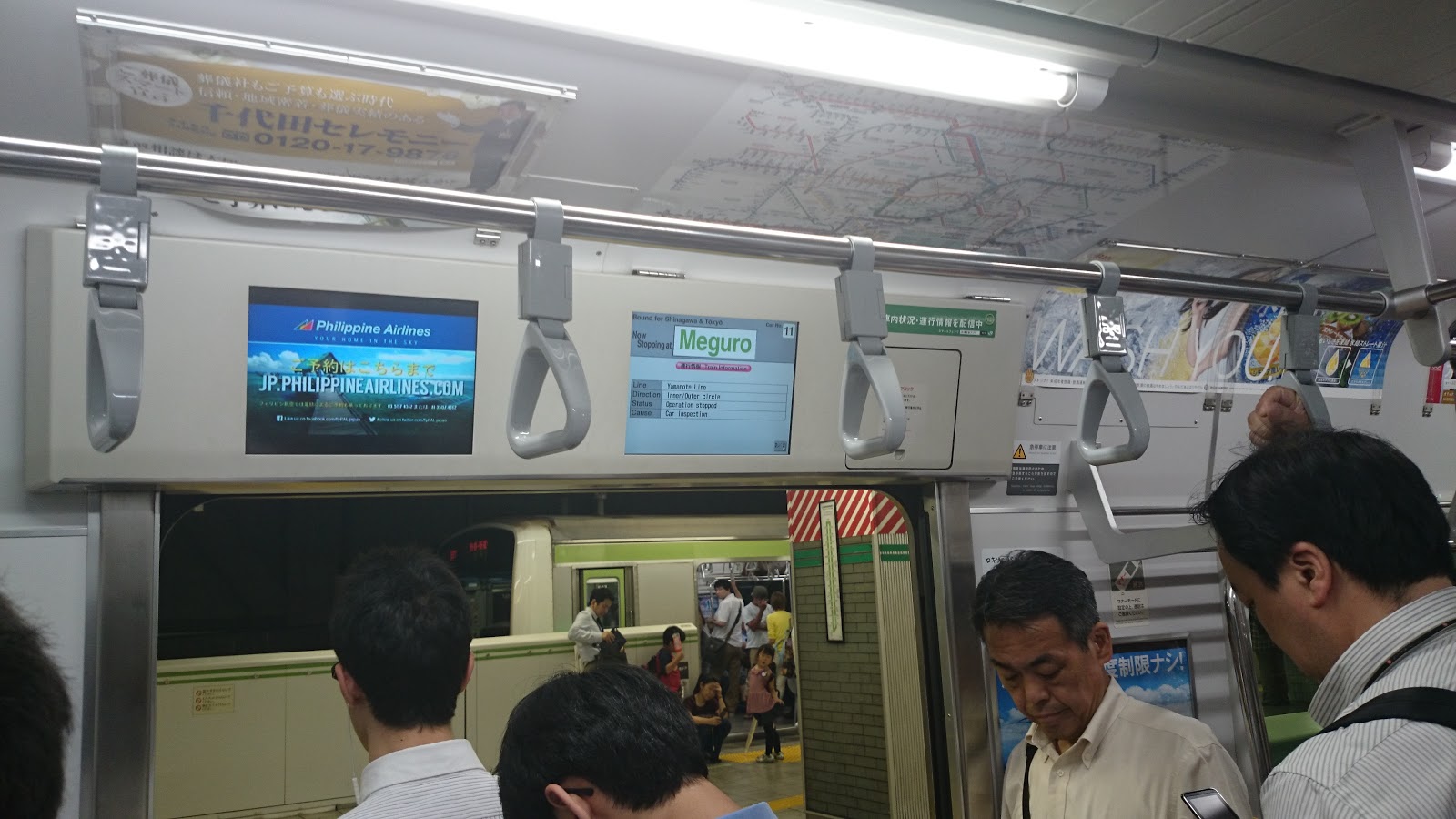 The train got stuck at Meguro for an age. Updates were given in Japanese, but the screen above the door eventually blamed the line closure on a "car inspection". No trains either up or down the Yamanote. The Saikyo Line also seemed to be closed.

Trains going the opposite direction restarted first and we packed on board a train back to Shibuya. There, under the giant screens and colourful neon, we had a dinner of ramen and shopped at Loft for not very much. 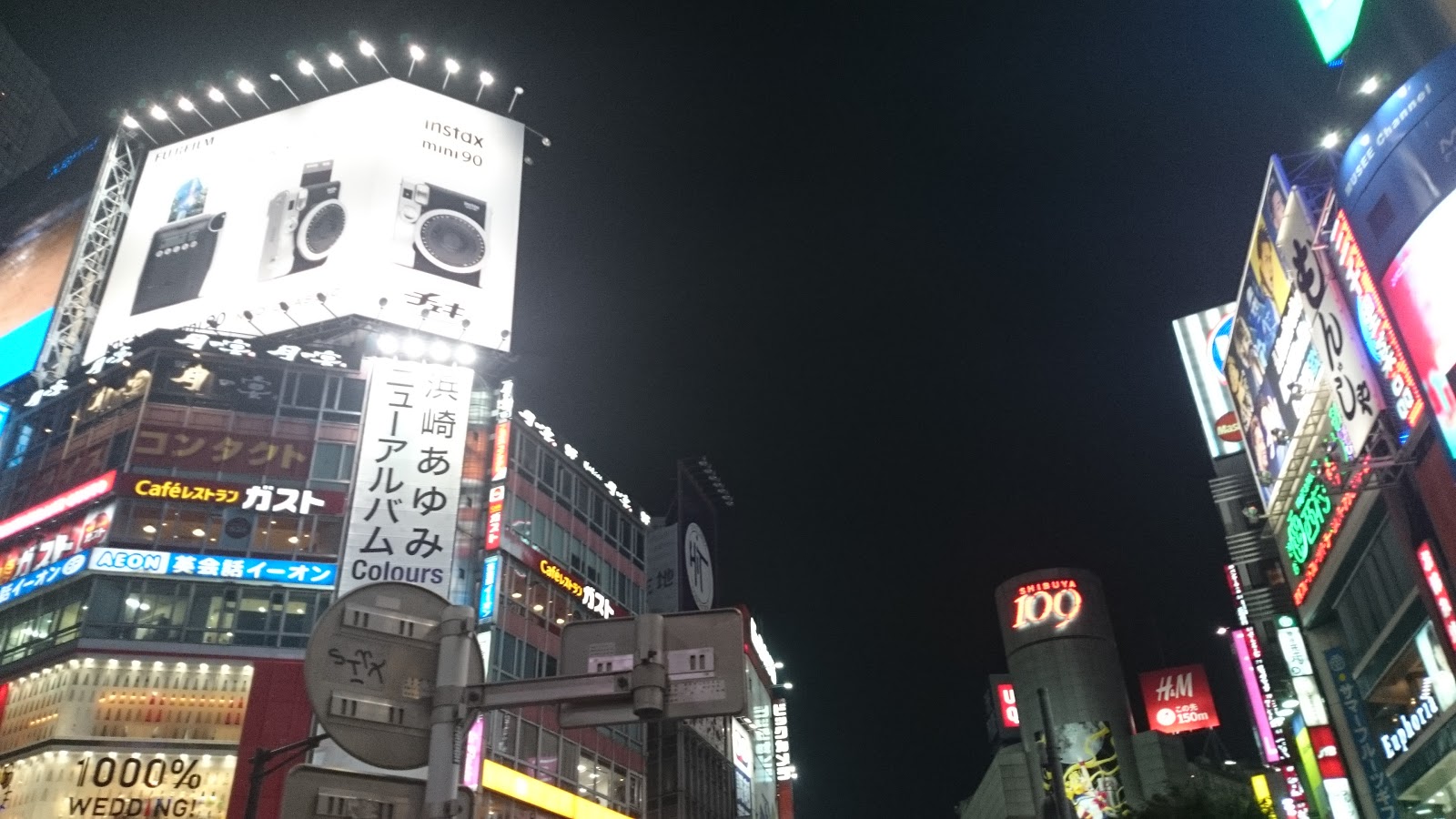 Then back to Shinjuku and more shopping at Gap and Tower Records before returning. And as I finish writing this Shinjuku's lights are going out and a large group of railway maintenance workers are busy on the track below. 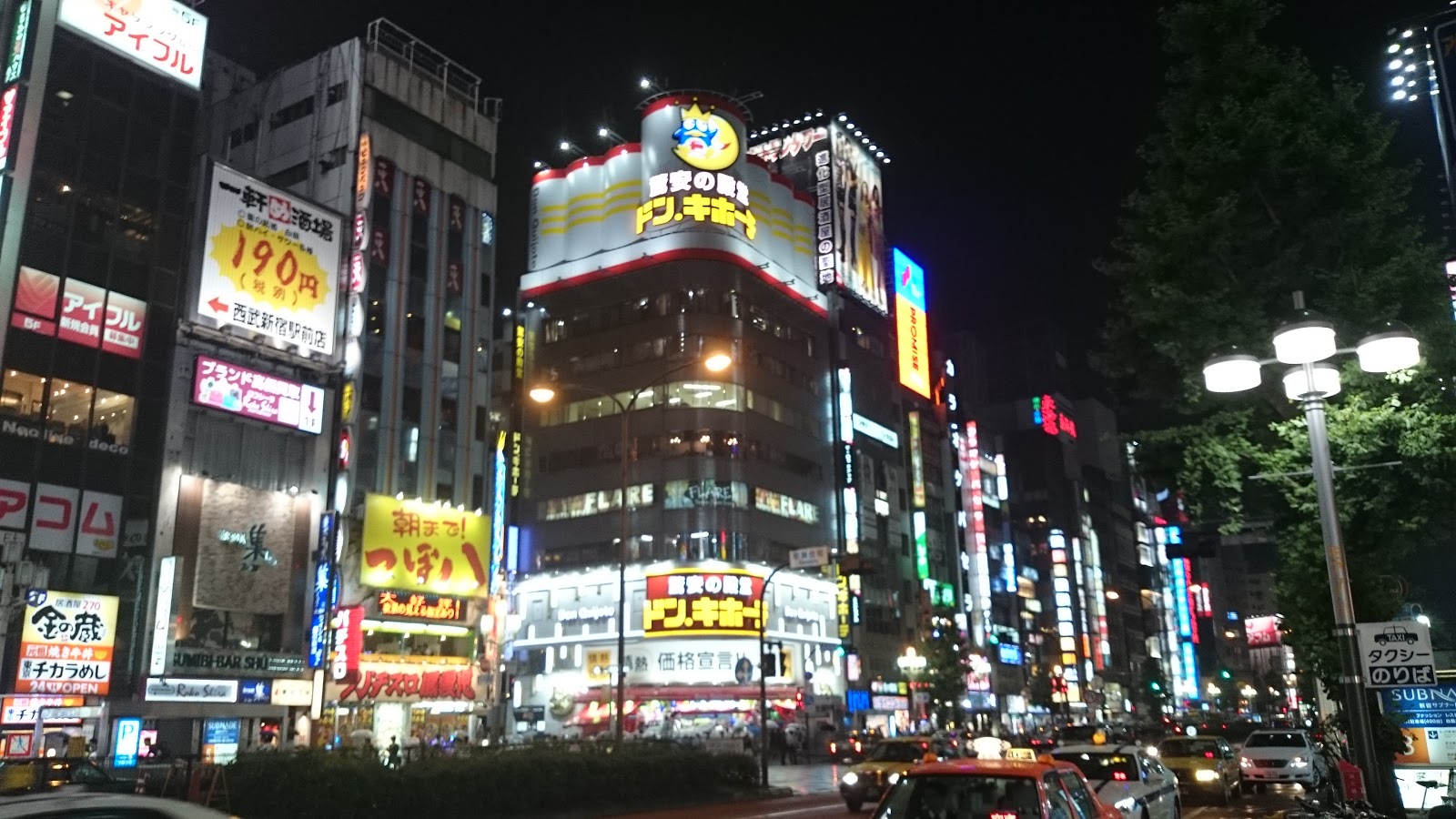