July 06, 2014
Today I travelled through a Teleport.
It took me out to Venus Fort.
Then I went over a rainbow
And returned to somewhere I know
We caught a train, one drove a car
But really we didn't go very far.

We've been looking to purchase some Japanese household items on this trip and heard about a chain of stores called Nitori. There's one at Odaiba, so we caught the Rinkai Line from Shinjuku to get there. The exit station is the futuristically, and unfortunately inappropriately, named Tokyo Teleport. I would gladly use a teleport to return to Sydney rather than fly past Typhoon Neoguri. 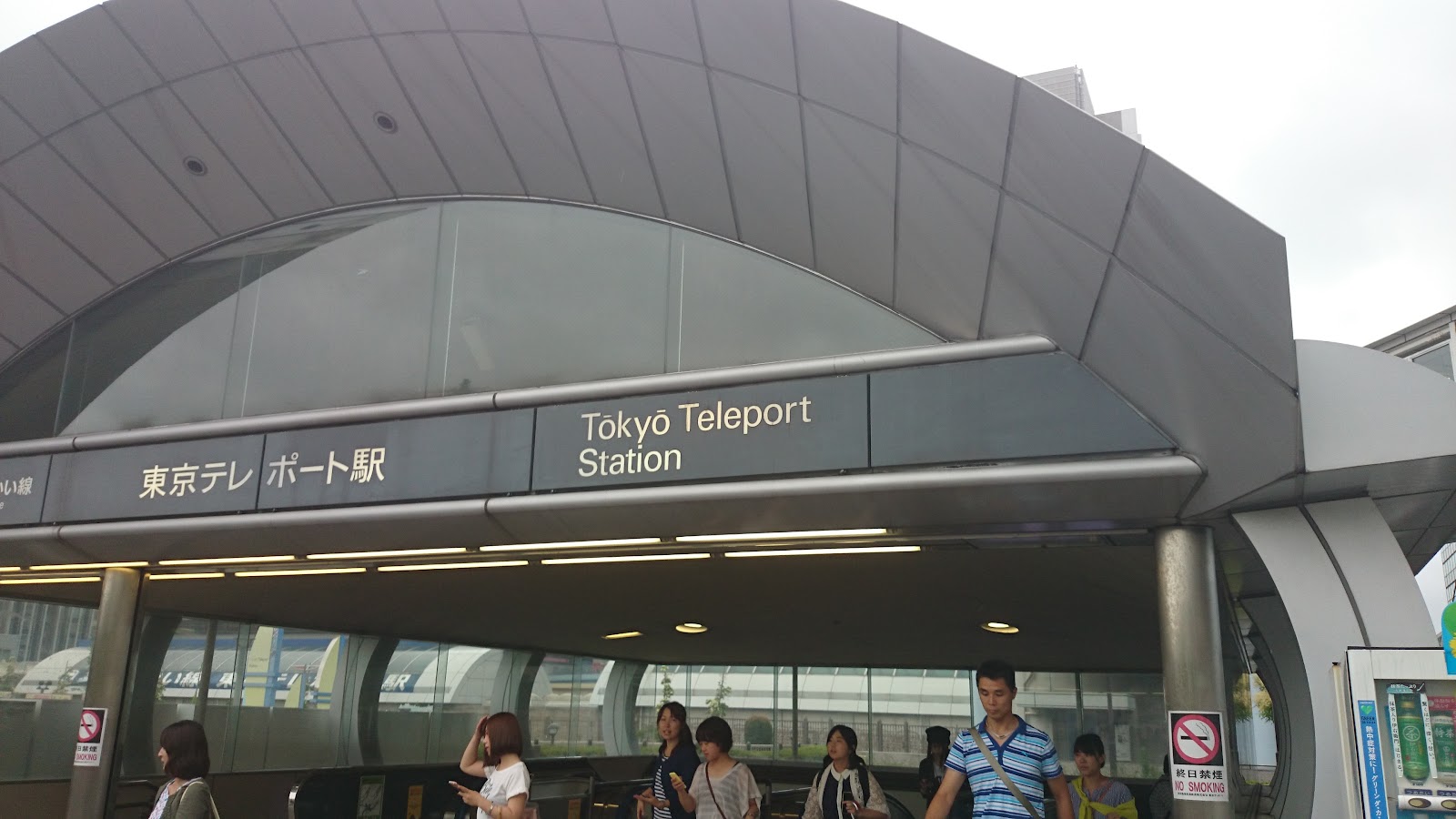 There are quite a few shops and activities at Odaiba. We started at Megaweb, which hosts a large Toyota showcase of their technologies and cars. If you have an International Driving Permit or local license, and can speak Japanese, you can test drive one of their cars around a set track. There are also some driving activities for younger kids, though the choices are limited for non-Japanese speakers, especially on weekends. Fortunately, Alex just scraped below the upper age limit for driving an electric toy open top Lexus around a small course. 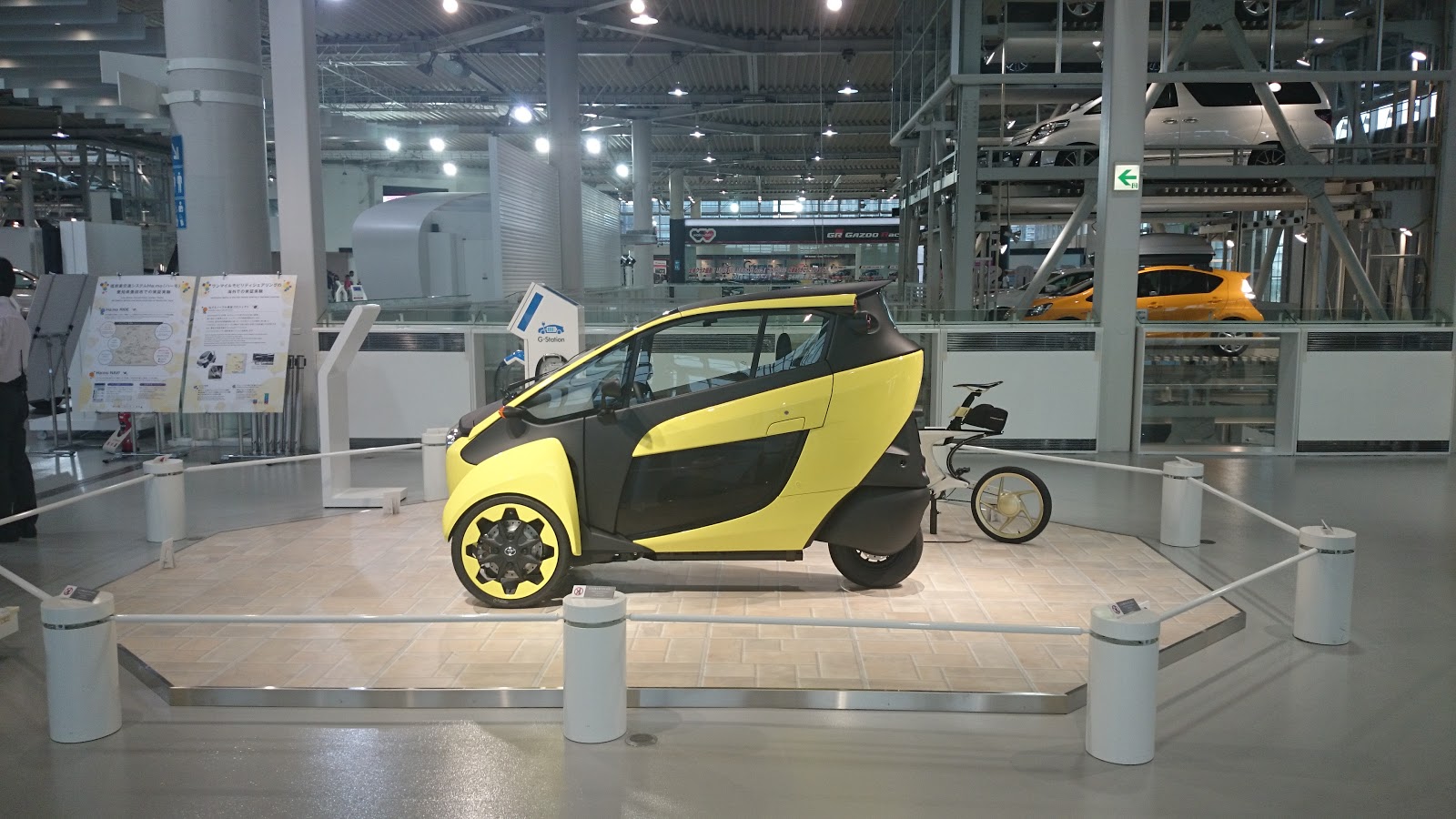 Toyota were much more restrictive about allowable actions than Ford in Melbourne, with traffic lights setup to only permit one car to drive around each section of the tiny course at a time. No racing here! 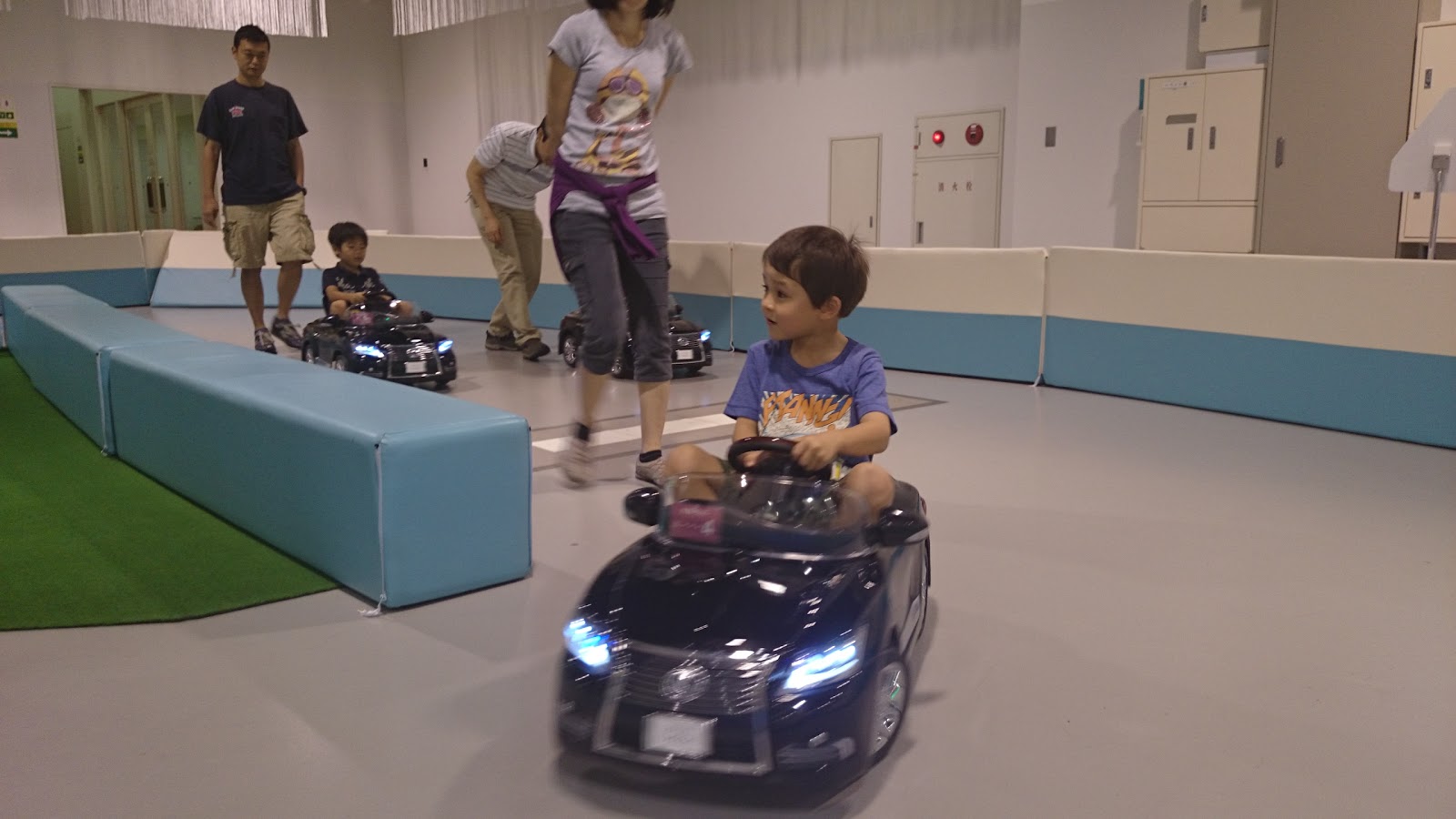 We then crossed over to Venus Fort, whose interior has been designed to simulate a Roman town, complete with a painted sky. Nitori proved to have some of the items we needed at a very reasonable price, but more interesting was Pet Paradise with its chest carriers, strollers and wheeled luggage carriers for dogs. I was tempted by a Shinkansen styled dog bed, but also amusing were the dachshund costumes, ranging from a Shinkansen to a pirate to characters from Monsters Inc. 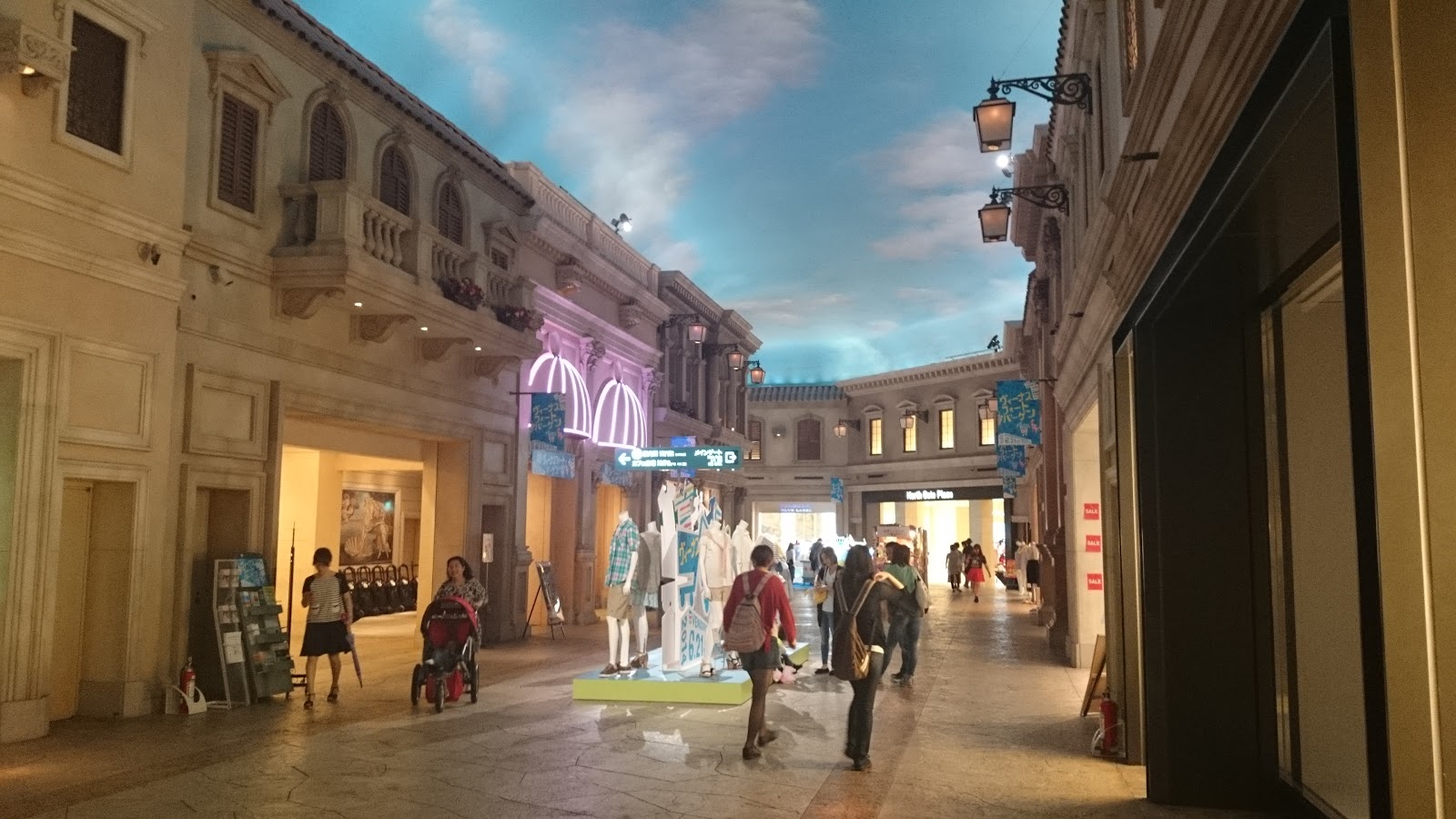 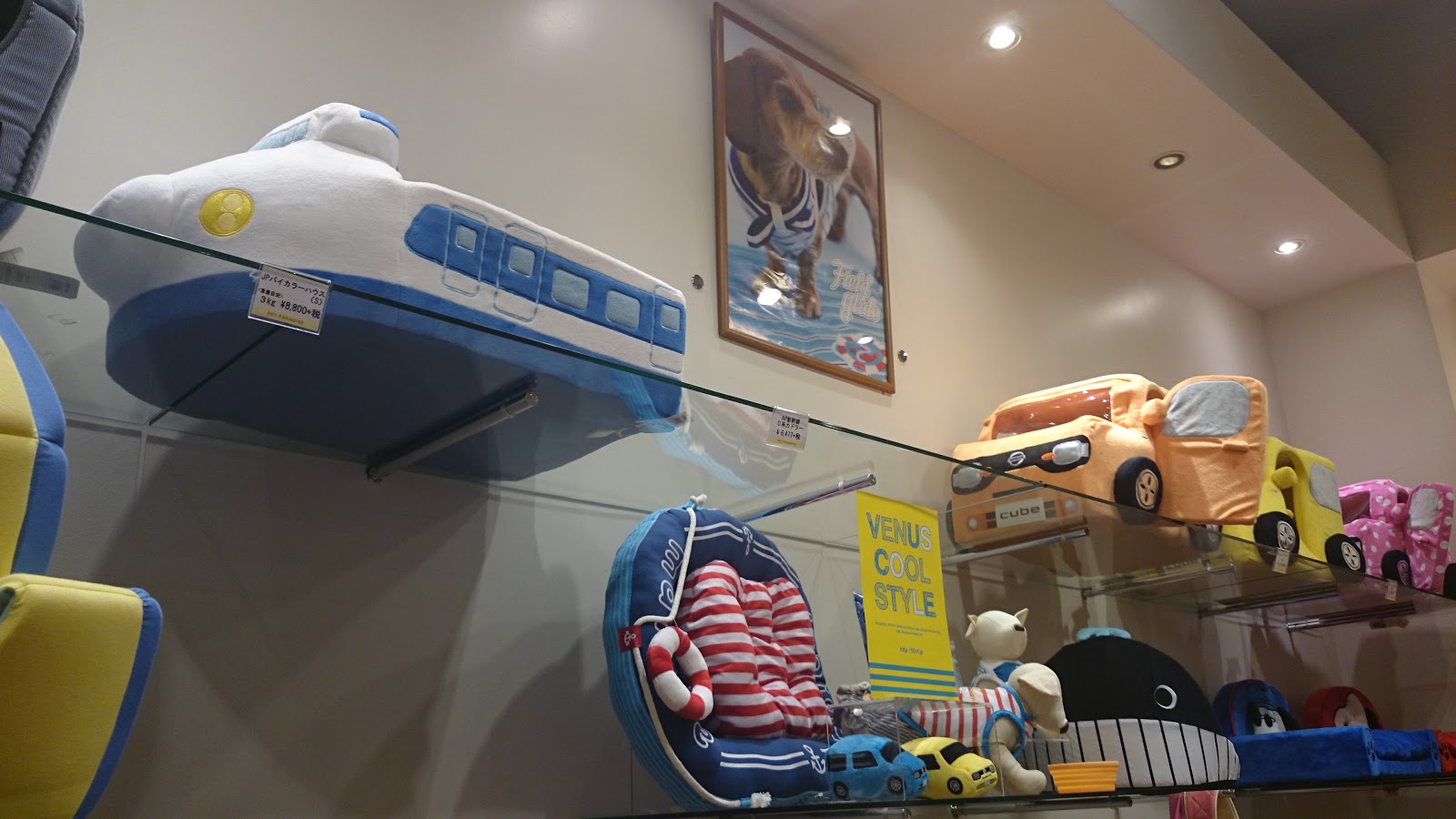 There was also a Lego store (there's a small Legoland in a nearby shopping complex) with a great range of Lego, including the very retro-cool Ghostbusters car. 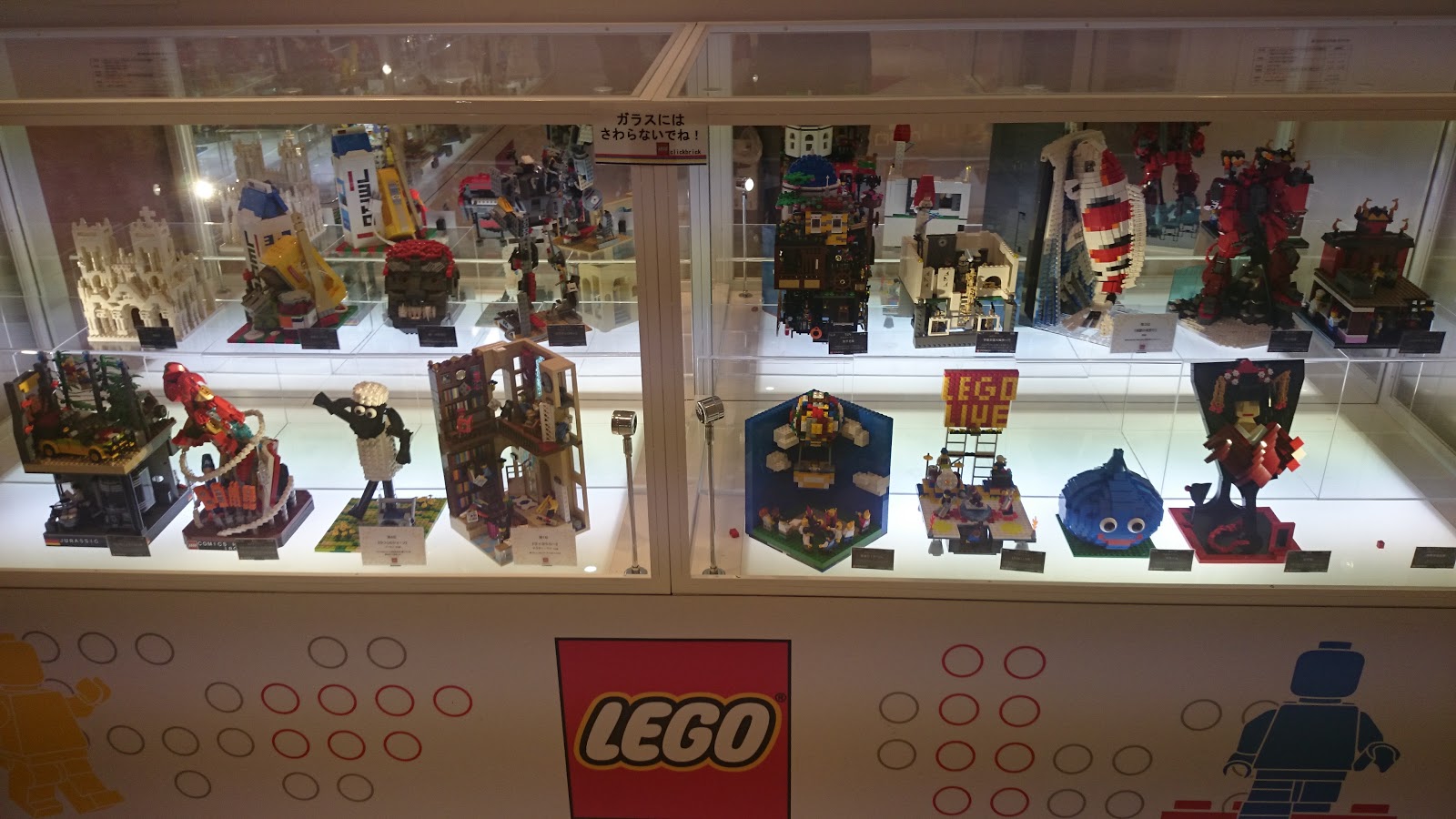 Rather than return by Teleport to Shinjuku, we took the automated Yurikamome automated elevated metro train back to Shimbashi. There are great views of Tokyo's port and towers through the front windows of the train. It does a spiral climb down the "Rainbow" bridge as well. 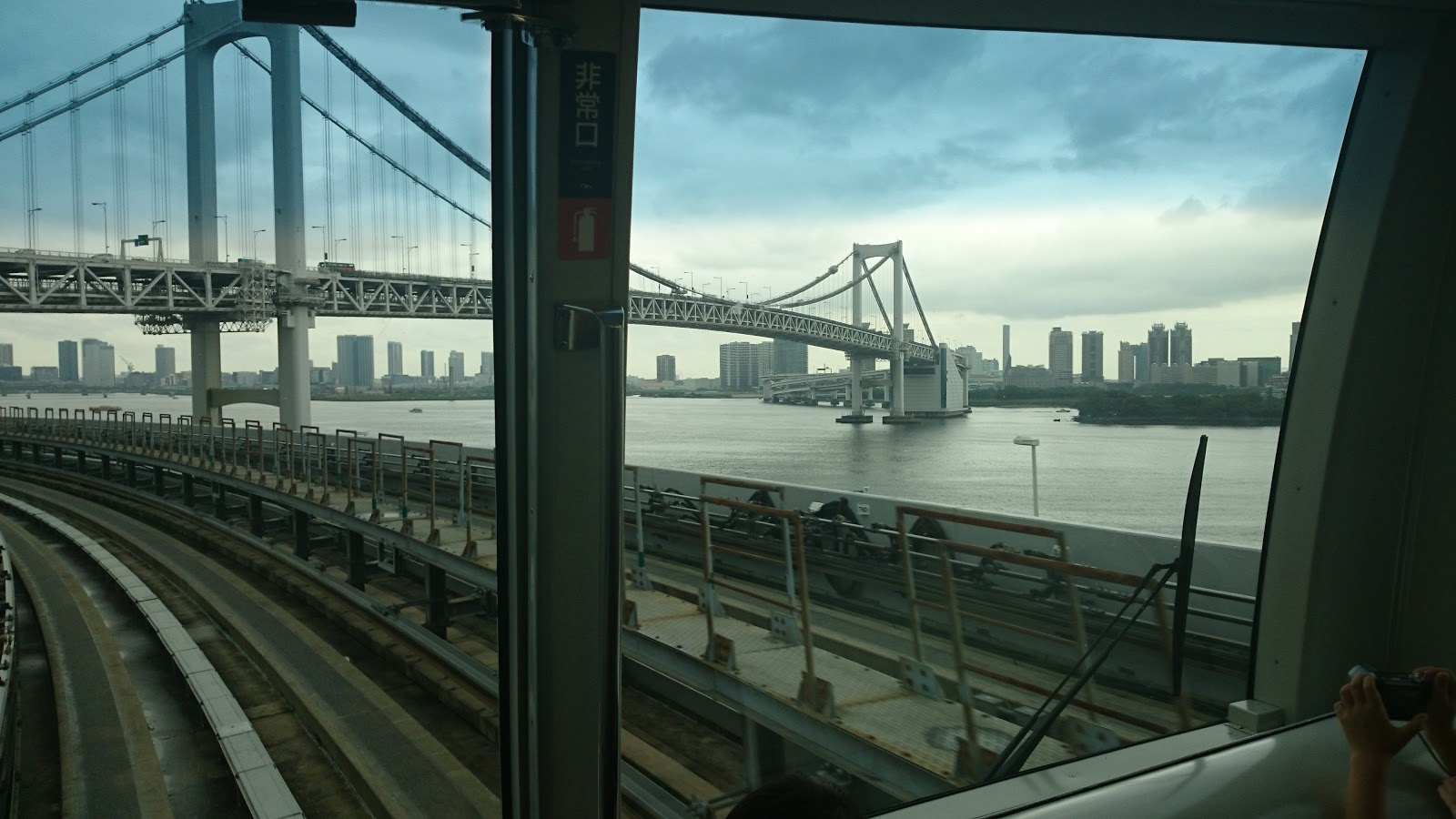 From Shimbashi we used the Yamanote Line to return to Shinjuku where, after dumping our furniture back in the hotel, we had a very, very filling and reasonably priced shabu-shabu meal at a branch of Nabezo. Then it was Yodobashi Camera time. Such wonderful memories of getting electronics from Yodobashi in West Shinjuku, but this time I only found a somewhat limited range of model railway gear, purchasing only tracks, from their hobby branch, plus a PS3 controller. No more Sony VAIO computers... 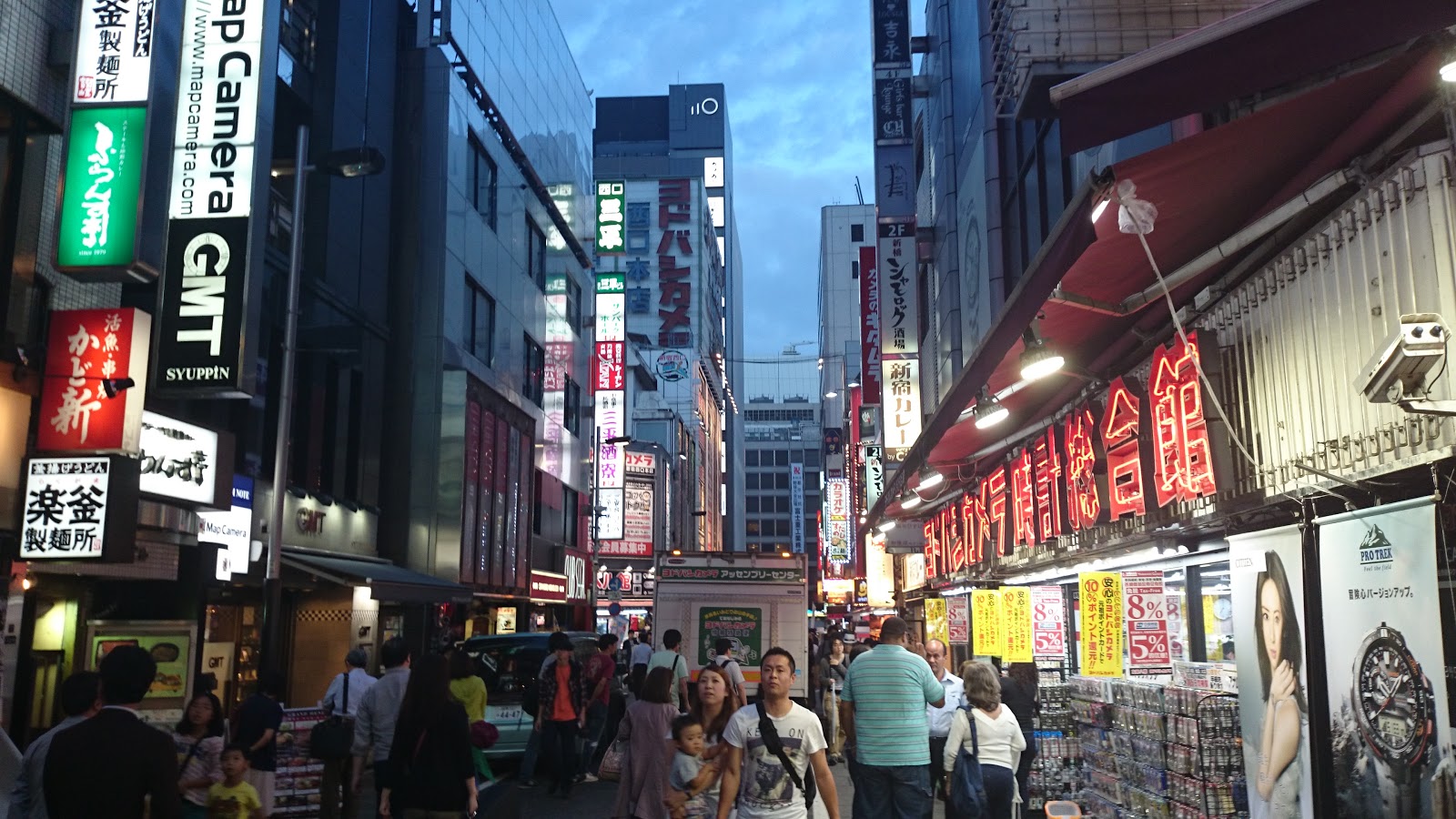 Alex and I had a small dinner of soba noodles from a little stall in the warren of tiny, mostly yakiniku, bars to the north-west of Shinjuku Station. When we first ate there in 2003 the owner was surprised to see a foreigner. Now they queue up for the best soba I've had. 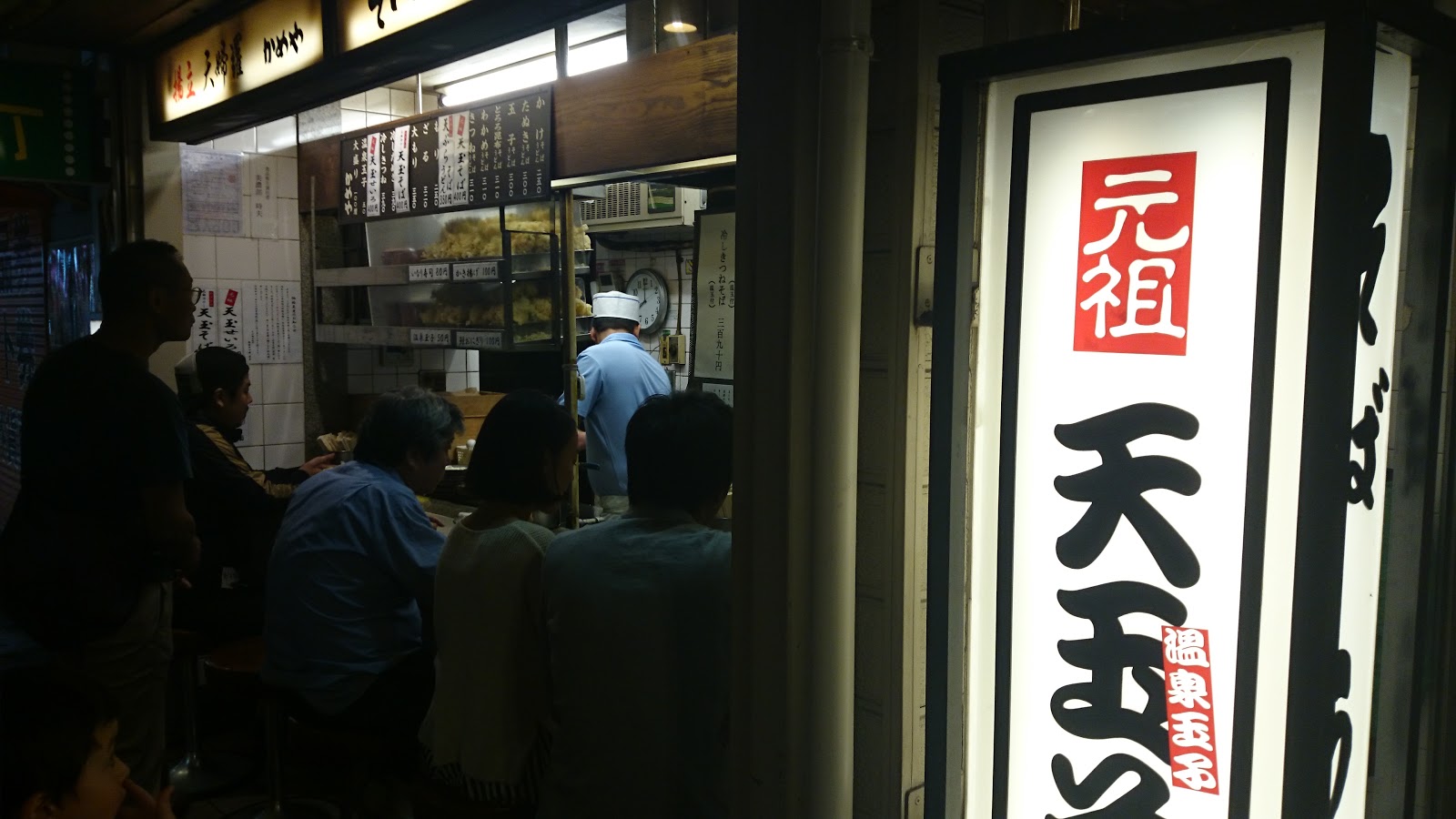 More shopping followed. And a final night in my second home. As we wandered through the shops today I imagined owning a small apartment and being able to fit it out, decorate it with all the beautiful homewares and gadgets we saw. I love the small scale compared with giant Australia. Yet there we return.