The point of the needle 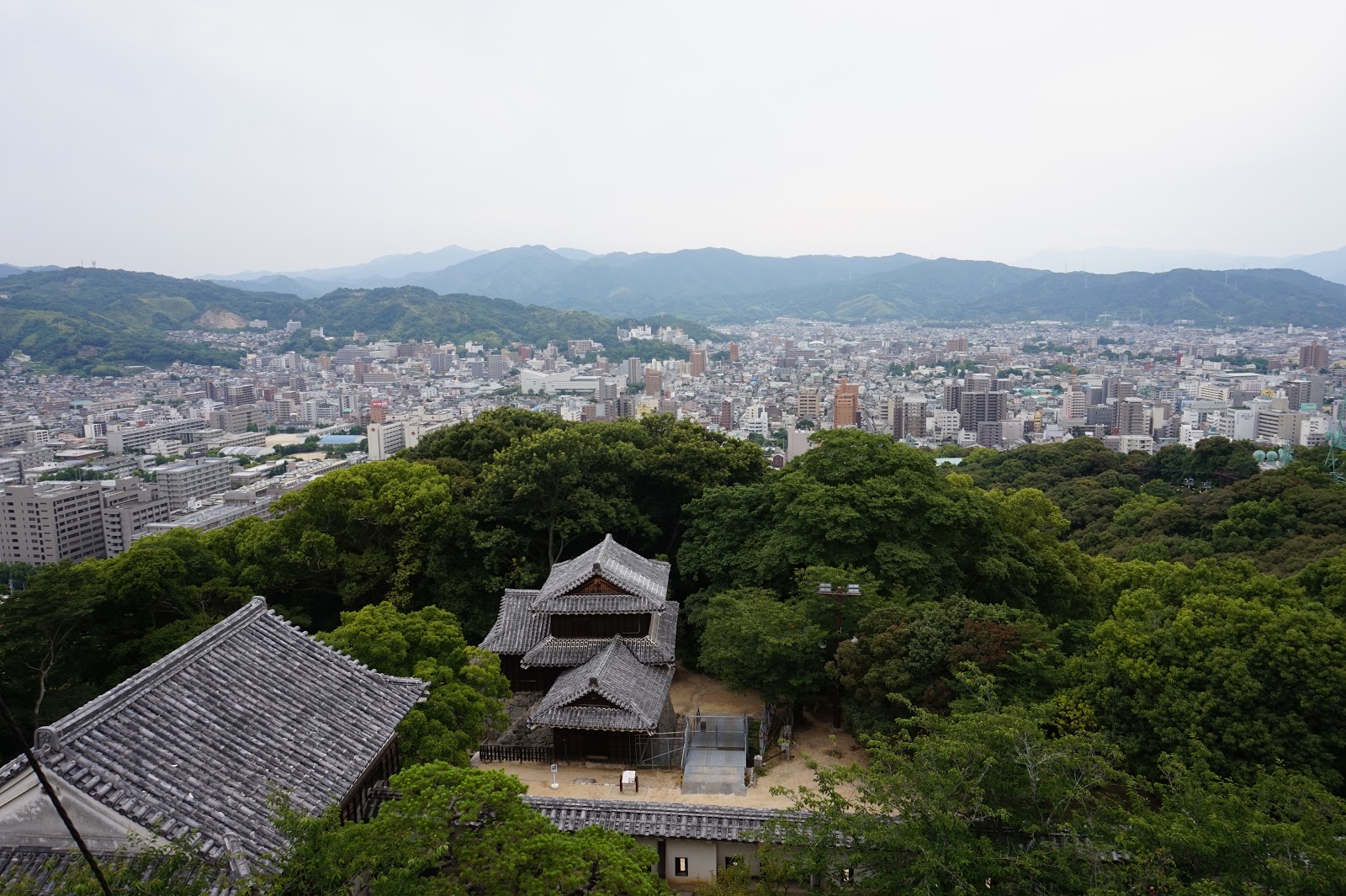 "The map showed me the place; it was so small a place as to appear just like the point of a needle. It must certainly be a poor miserable place. What the town was like, or what sort of people lived in it, was entirely unknown to me; yet it gave me neither trouble nor anxiety. The only thing I had to do now was simply to go, and it was a little bit troublesome. That was all."
Natsume Soseki, Botchan

To go was more than a little bit troublesome, the destination was neither small nor miserable and I certainly was feeling anxious. But like Soseki's titular character I was headed for the Japanese city of Matsuyama on the island of Shikoku.

We departed on the day of my fortieth birthday. My only cake was a "Cherry Hype" pancake while overlooking Sydney Airport across Botany Bay, but that felt like over indulgence, for I had no room for a birthday dinner at the Qantas Business Lounge. 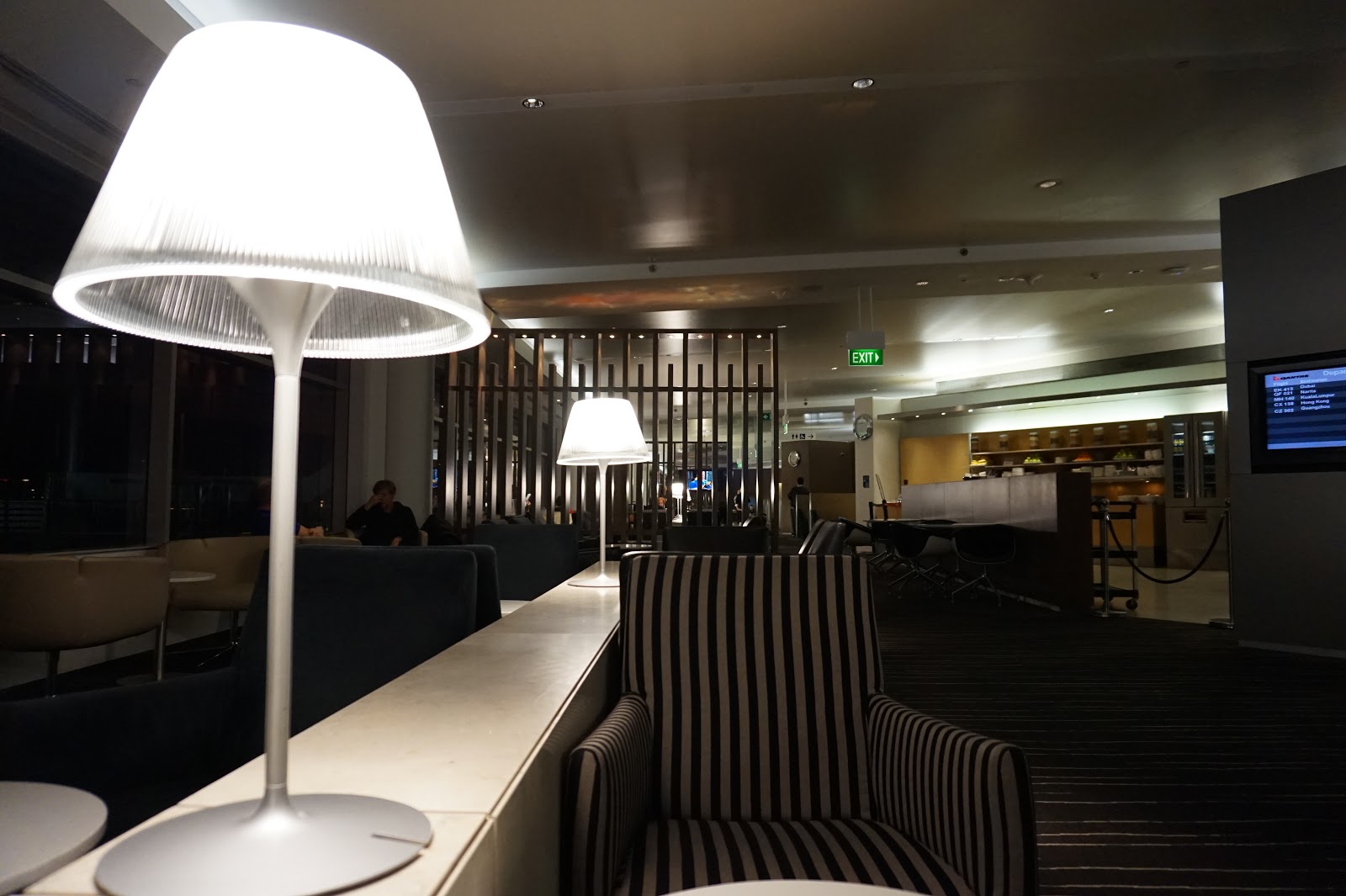 I was having a mid life crisis. Well, a crisis in my ability to cope with a long flight. Fortunately our overnight flight to Tokyo Narita was, for the most, very smooth.

We had a refurbished aircraft with the very comfortable A380 style seats. It did feel very long and I was exhausted by the time we landed at Narita. B didn't sleep much either, but Alex did. I watched Anchorman 2, surprisingly overcoming my weariness of Will Ferrell and Steve Carrell. The were many movies I thought I should watch, but none that my brain state could handle. At least I saw a couple of meteors in the sky. 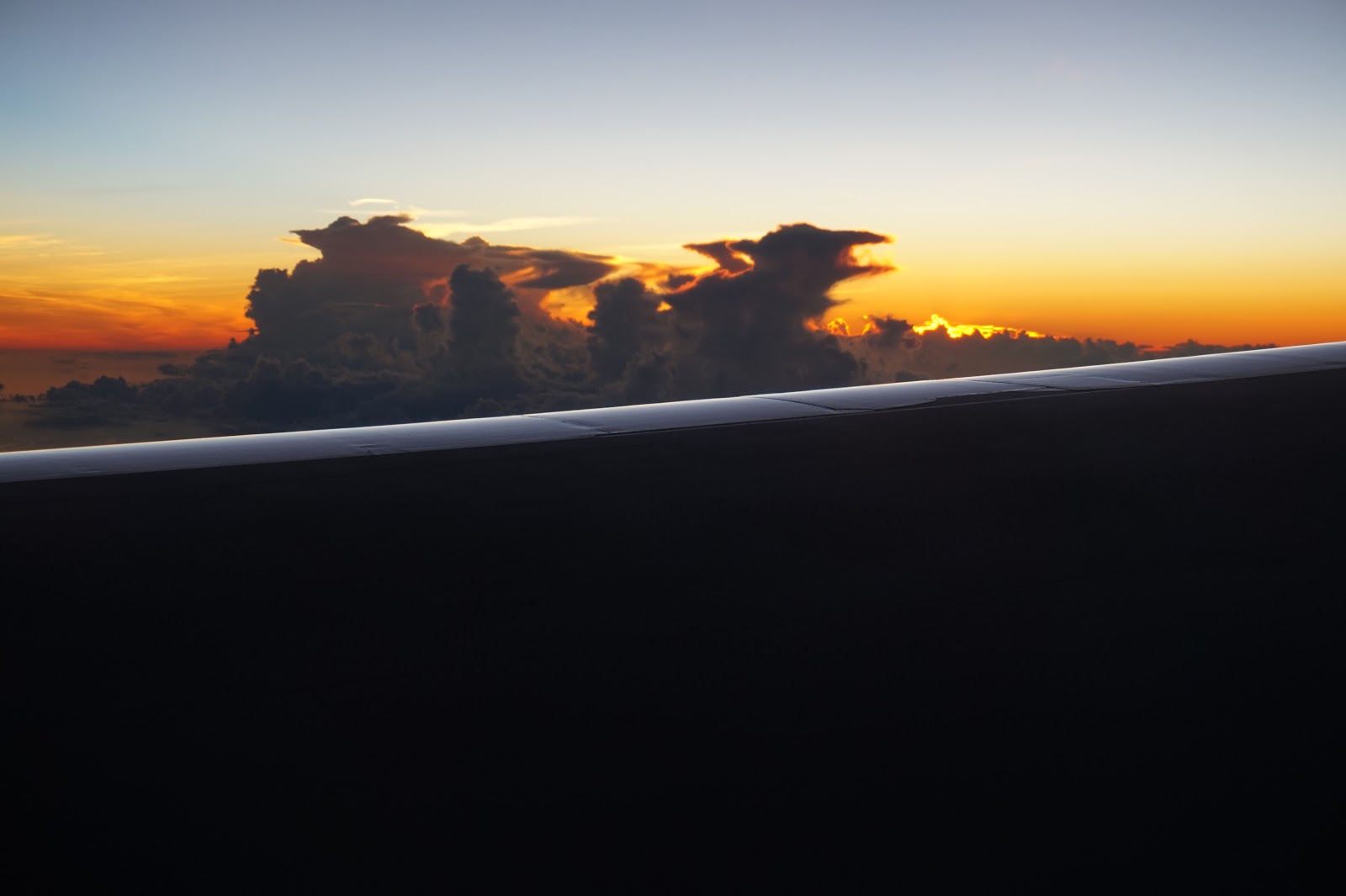 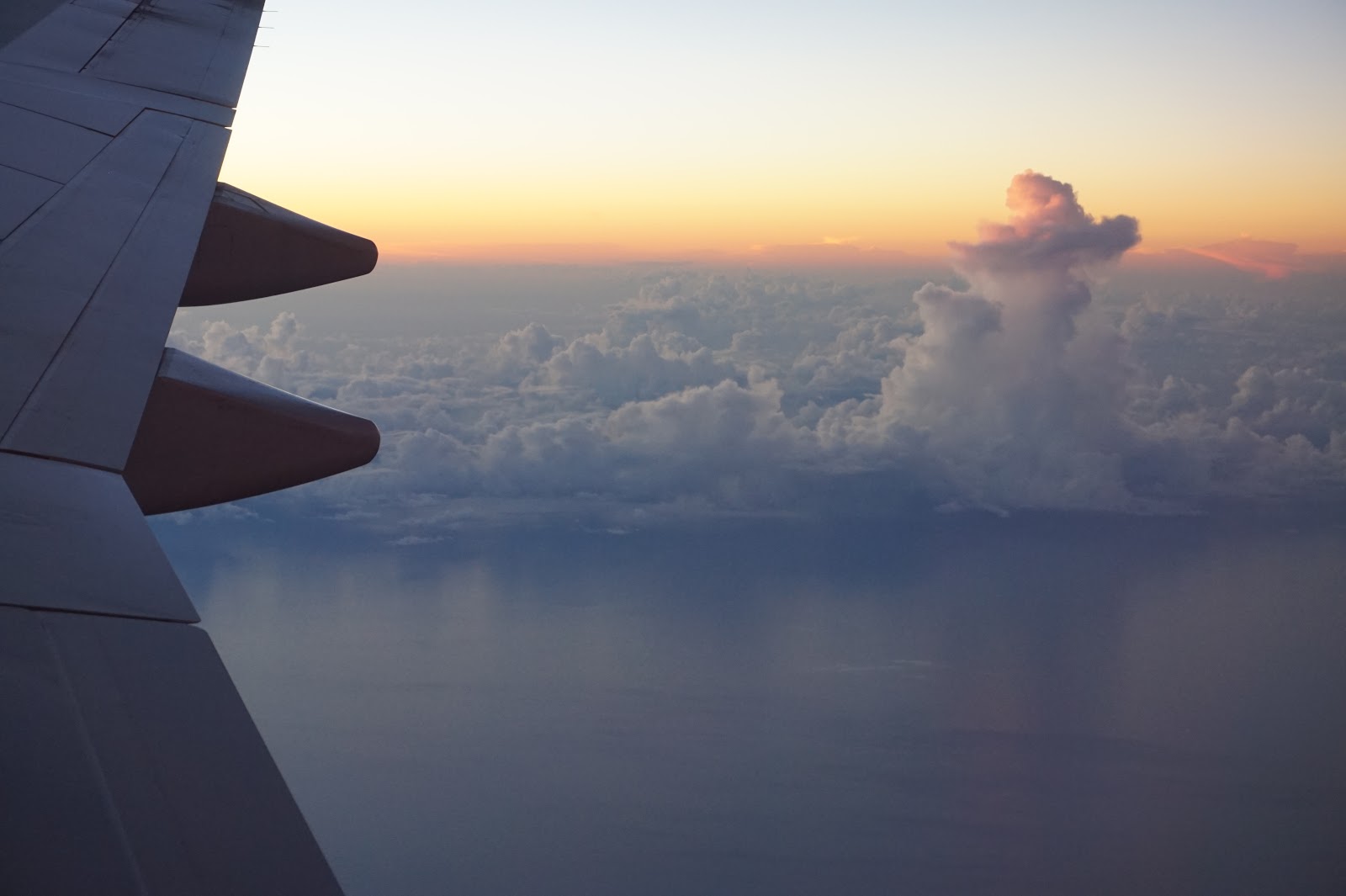 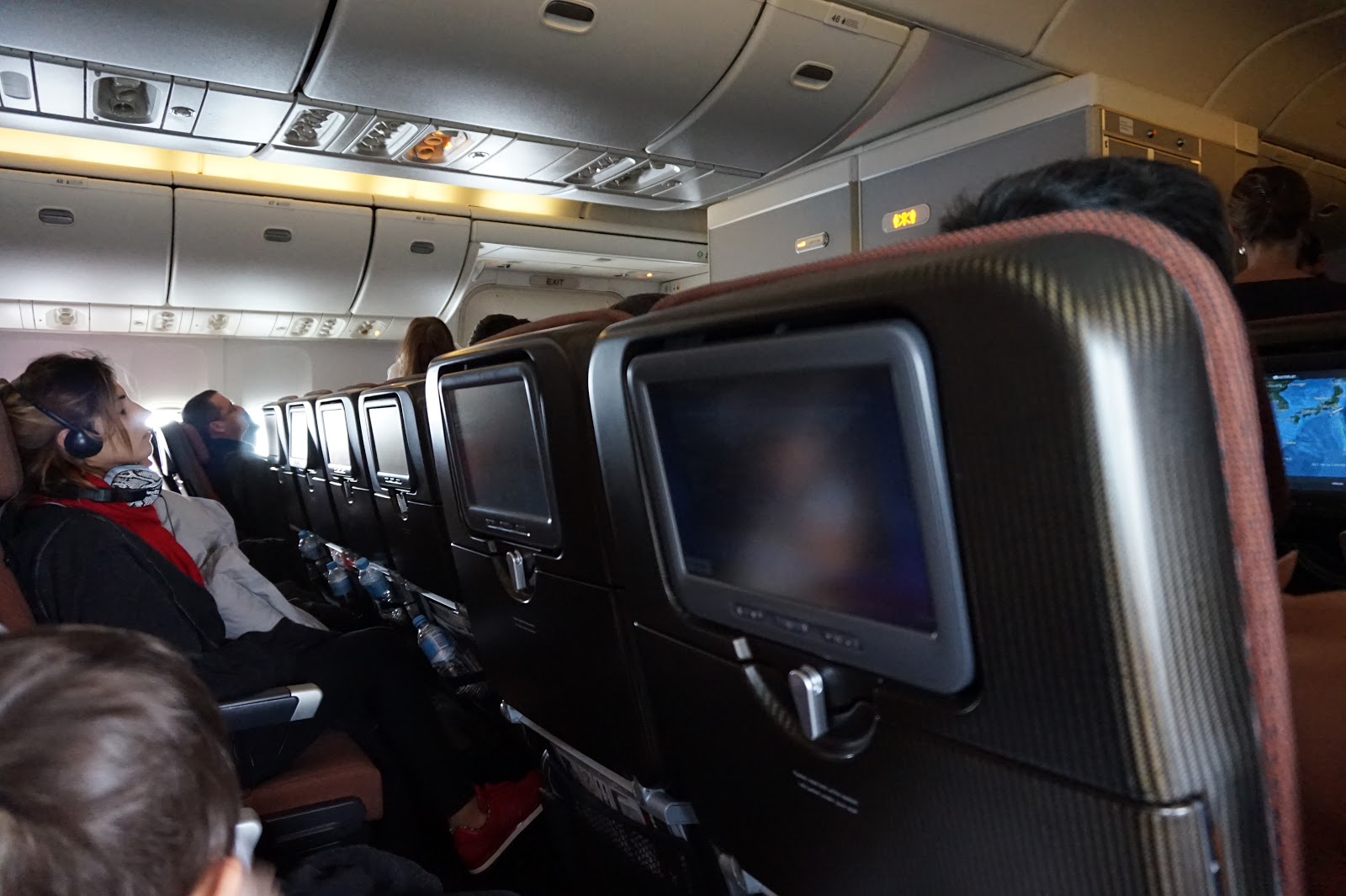 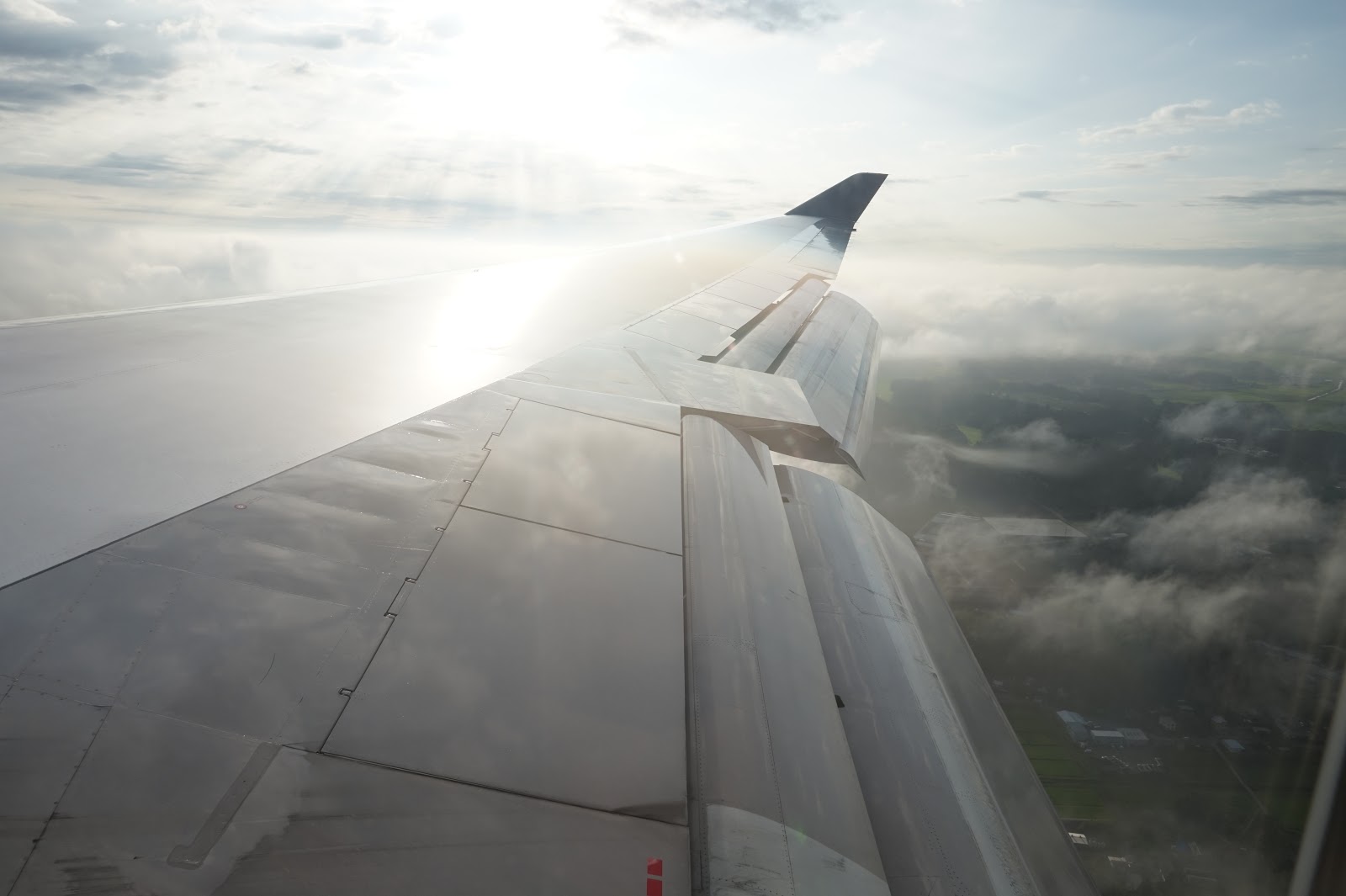 Perhaps we were the earliest flight into Narita, or certainly one of them. We raced out to pass through immigration, collect our sole checked in bag, then checked in for our Jetstar Japan flight to Matsuyama. After a similar trip alone last year I wanted to share the "poor miserable place" with B and Alex.

It was a pleasant an uneventful flight, the meal inclusion of small teriyaki burgers welcome. We caught a bus from hot Matsuyama airport but it deposited us outside the private Matsuyama railway station and we had to walk through the Shotengai and Gintengai covered arcades to reach our hotel, the Tokyu Inn. 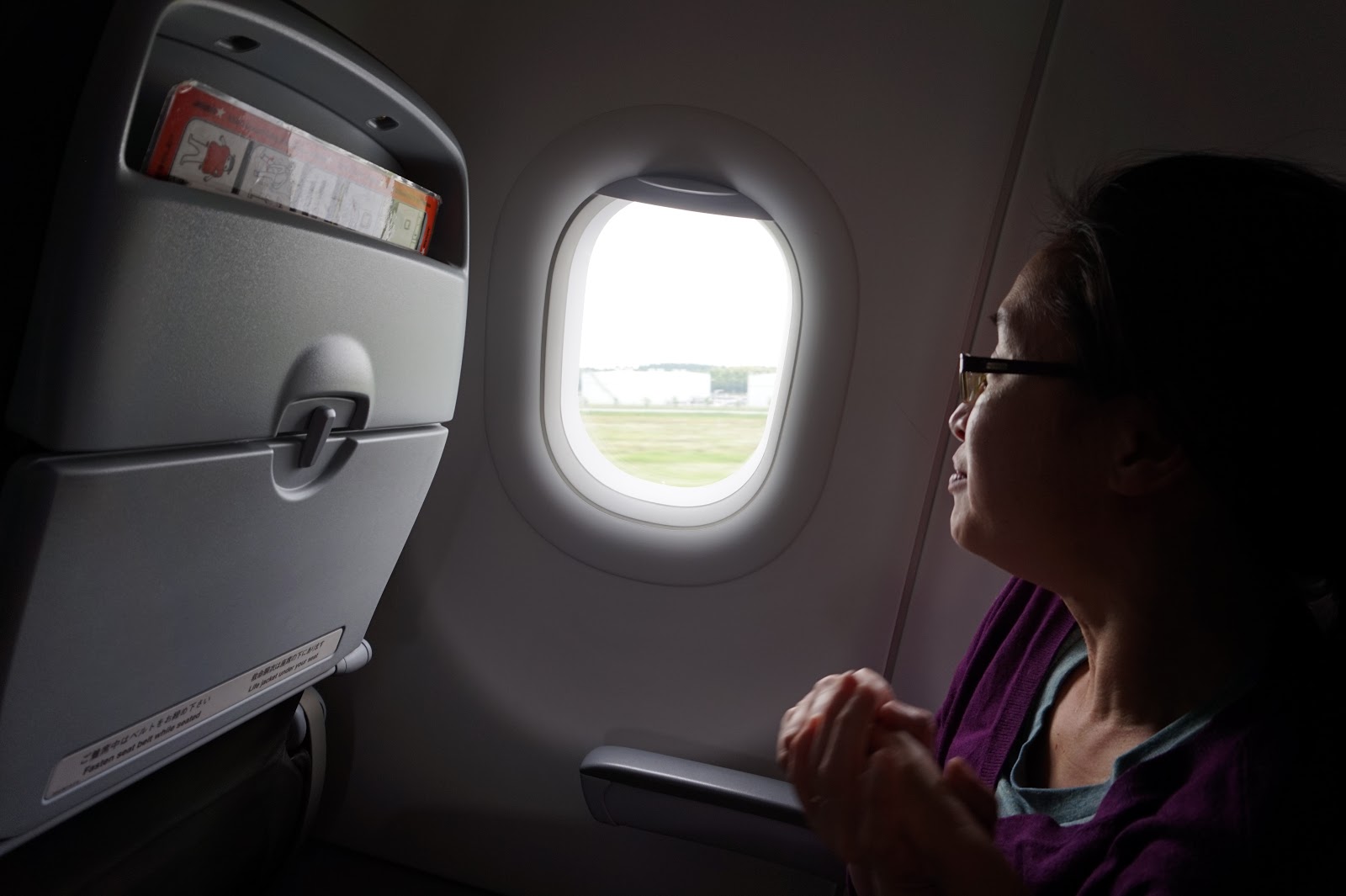 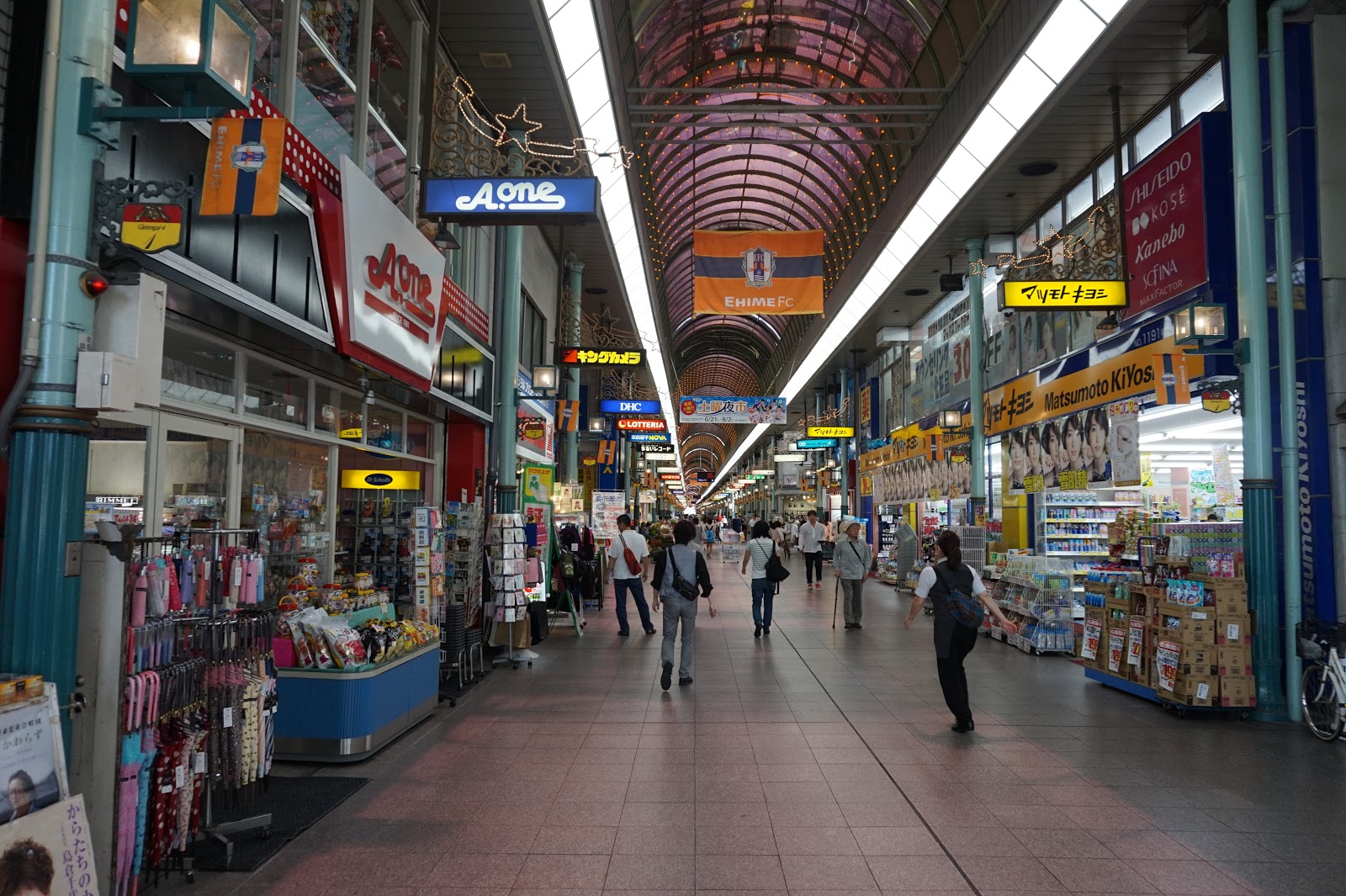 It was still too early for most of the shops to be open, but their quirky contents nevertheless enticed. It was also too early to check into the hotel, so after a rest in the lobby we set off around the corner to view the big site I'd skipped on the previous visit; Matsuyama Castle.

We didn't get far before hunger overtook us. We simply picked a small noodle restaurant that seemed to be open and had a special meal of nabe udon (stew with udon noodles), zaru tempura udon (cold udon noodles dipped in stock, served with tempura battered prawn and vegetables) and a warm tempura udon with a stock lifted by ginger. 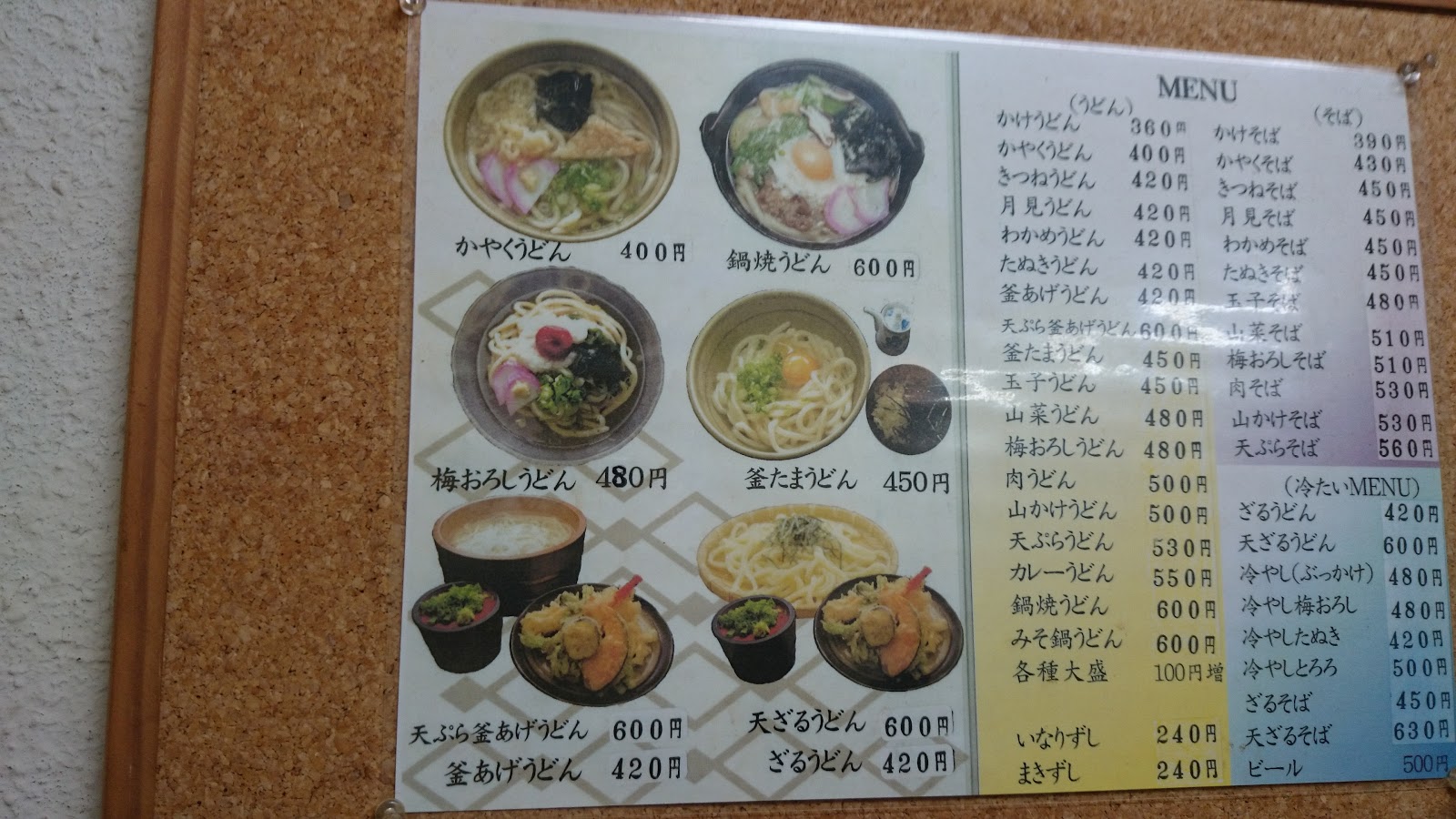 Then back down the road a few steps to 10 Factory where we ate a ponkan mikan (orange) gelato. Ehime province is known for its oranges and 10 Factory serves up a number of varieties.

Before we go further, this is the third time that I've been to Matsuyama and B and Alex's second. Except that last time Alex visited he was in his mother's tummy.

Unfortunately, this time Alex was considered too young to ride the unrestrained and single seat chairlift up to the castle. He would have loved it. Instead B rode the chairlift while Alex and I sat in the "ropeway" (cable car). 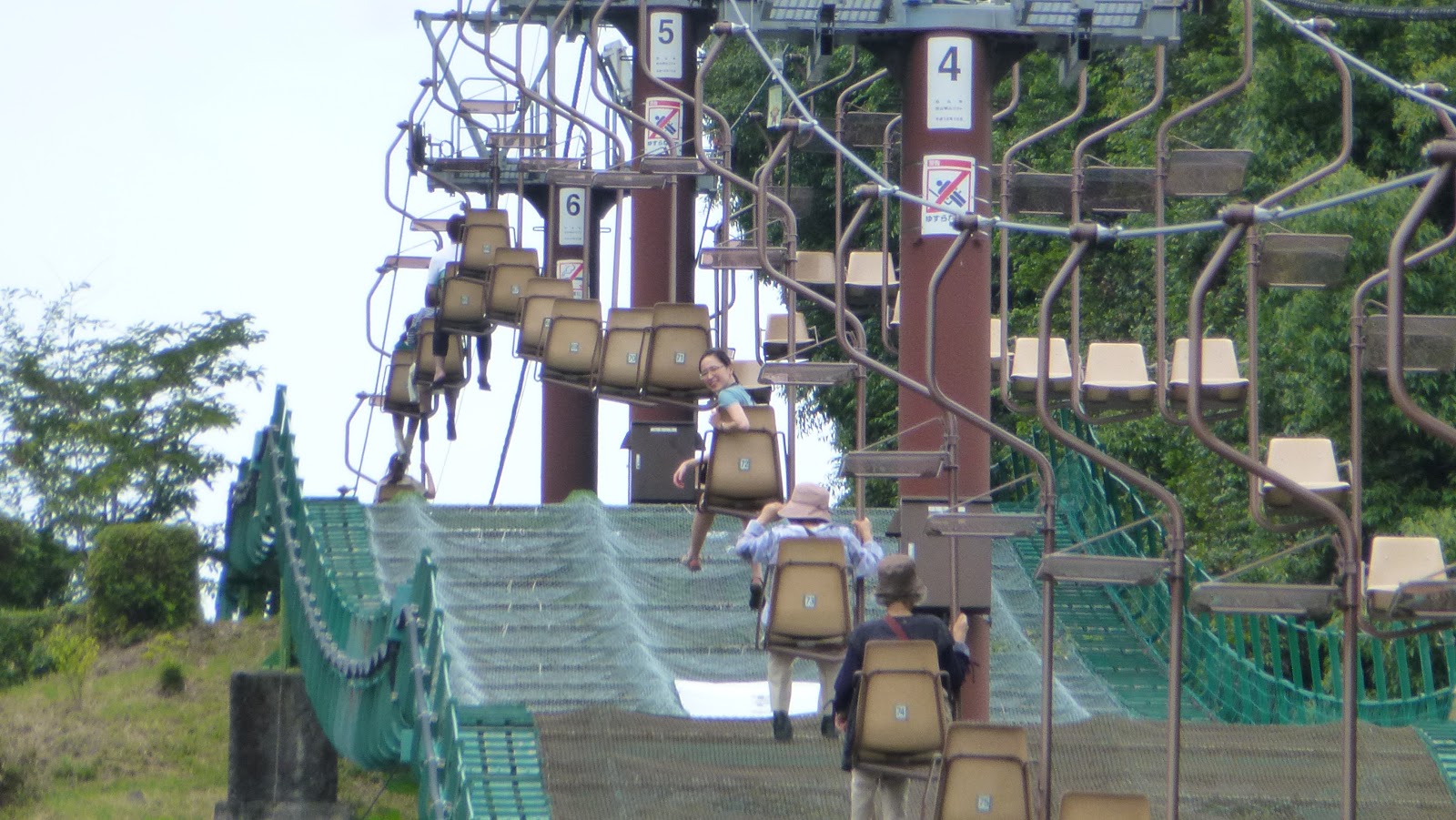 Matsuyama's castle is one of the most impressive originals still in existence. It is not as tall nor as massive as Himeji, but its many intact defensive gates and turrets are well signposted so you get a great impression of the functional nature of the castle. There are also fantastic views of Matsuyama and the surrounding area. It is plain to see that it is no longer a mere needle point. 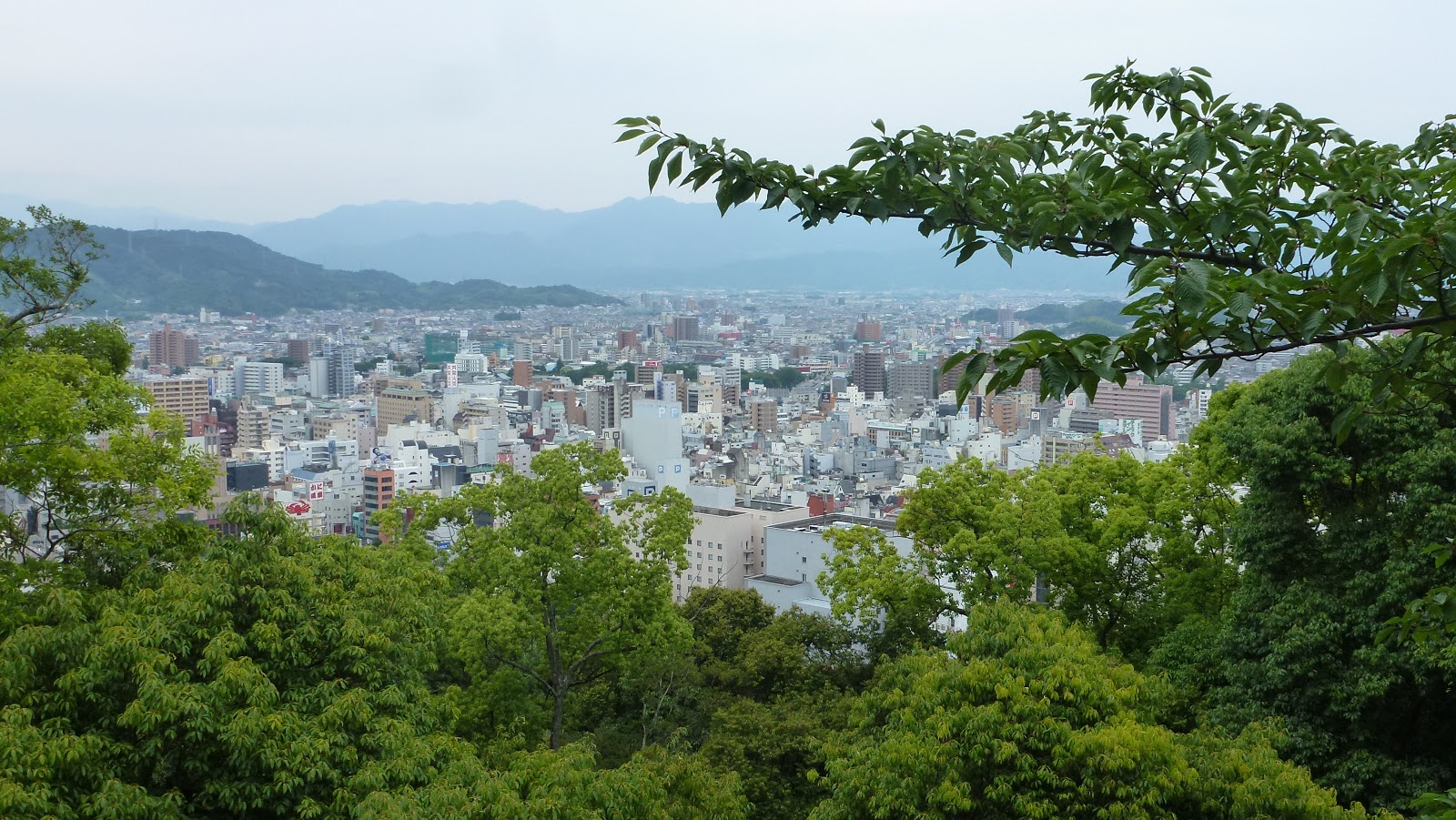 Alex loved climbing the many steep ladder stairs and imagining defending the castle through the many small openings. 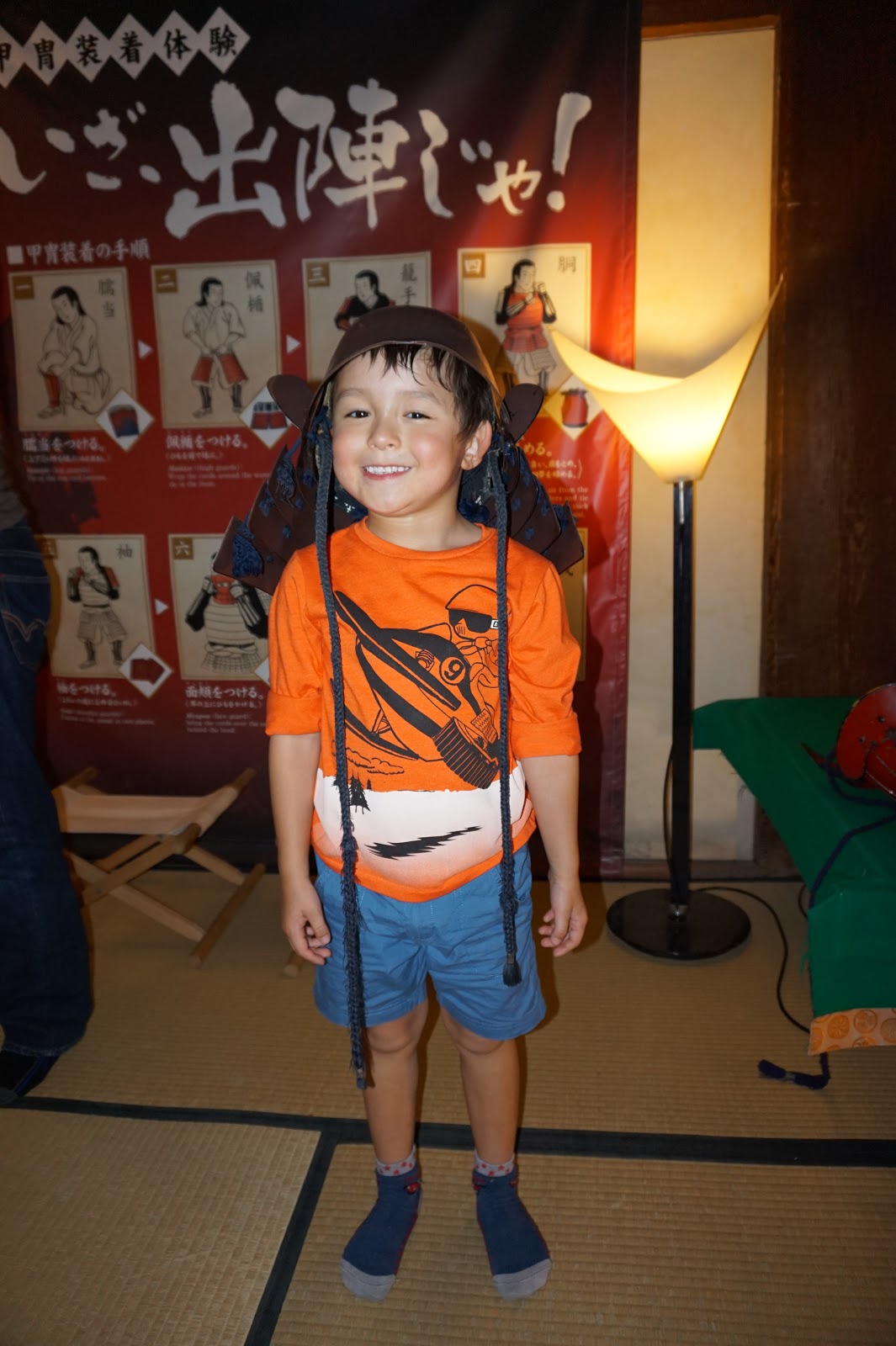 We walked back down the steep path, returning to 10 Factory for more orange pleasure before retreating to our hotel room for a desperately needed afternoon nap, for we were all utterly exhausted.

It was late in the day when we reemerged for another walk along the covered arcades. So many such places in Japan are run down and unloved, but here we found many shops to explore, were tempted by so many cute knick knacks. 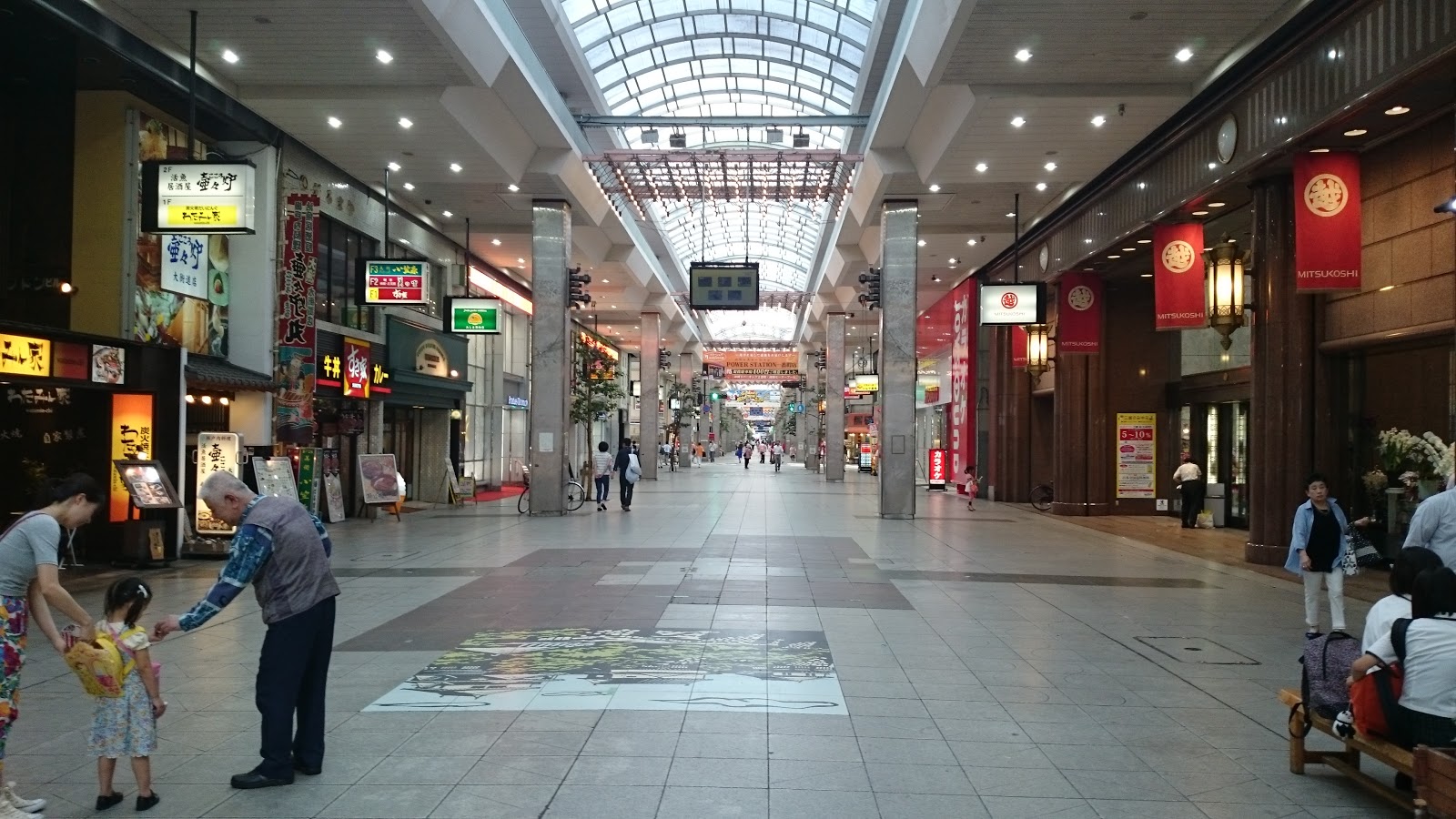 Alex dislikes shopping and hurried us towards dinner, though we were delayed in Home Labo, a homewares and furniture shop that turned out to be impossibly expensive. I took us into the same cafe that had fed me on my last visit, to eat the same meal: Mazu soba. But the sizes were so large we couldn't finish them, as delicious how this cold noodle dish was. 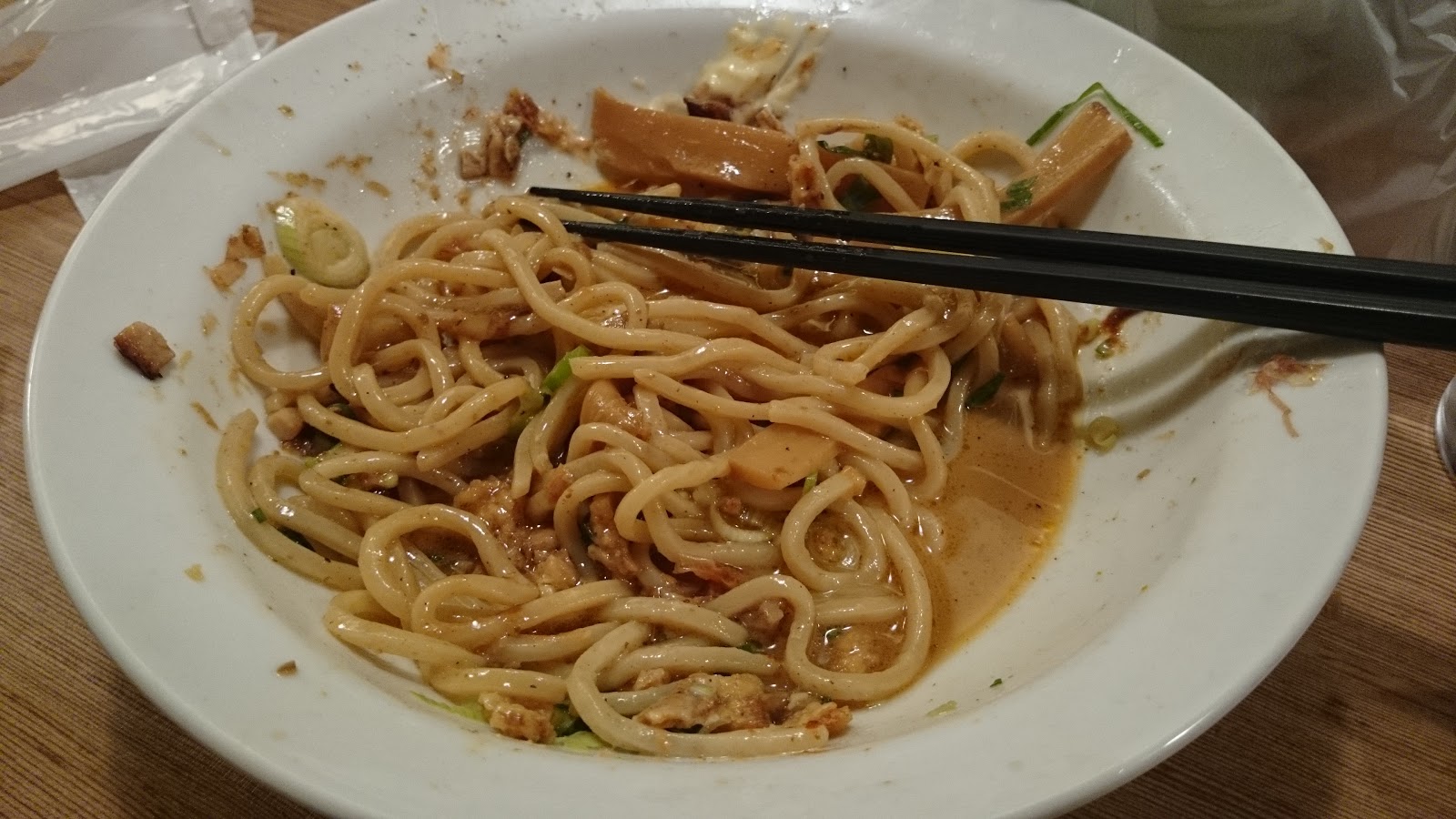 One of the rattly old wooden floored trams carried us to its terminus of Dogo Onsen, one of the oldest and most famous in all Japan. 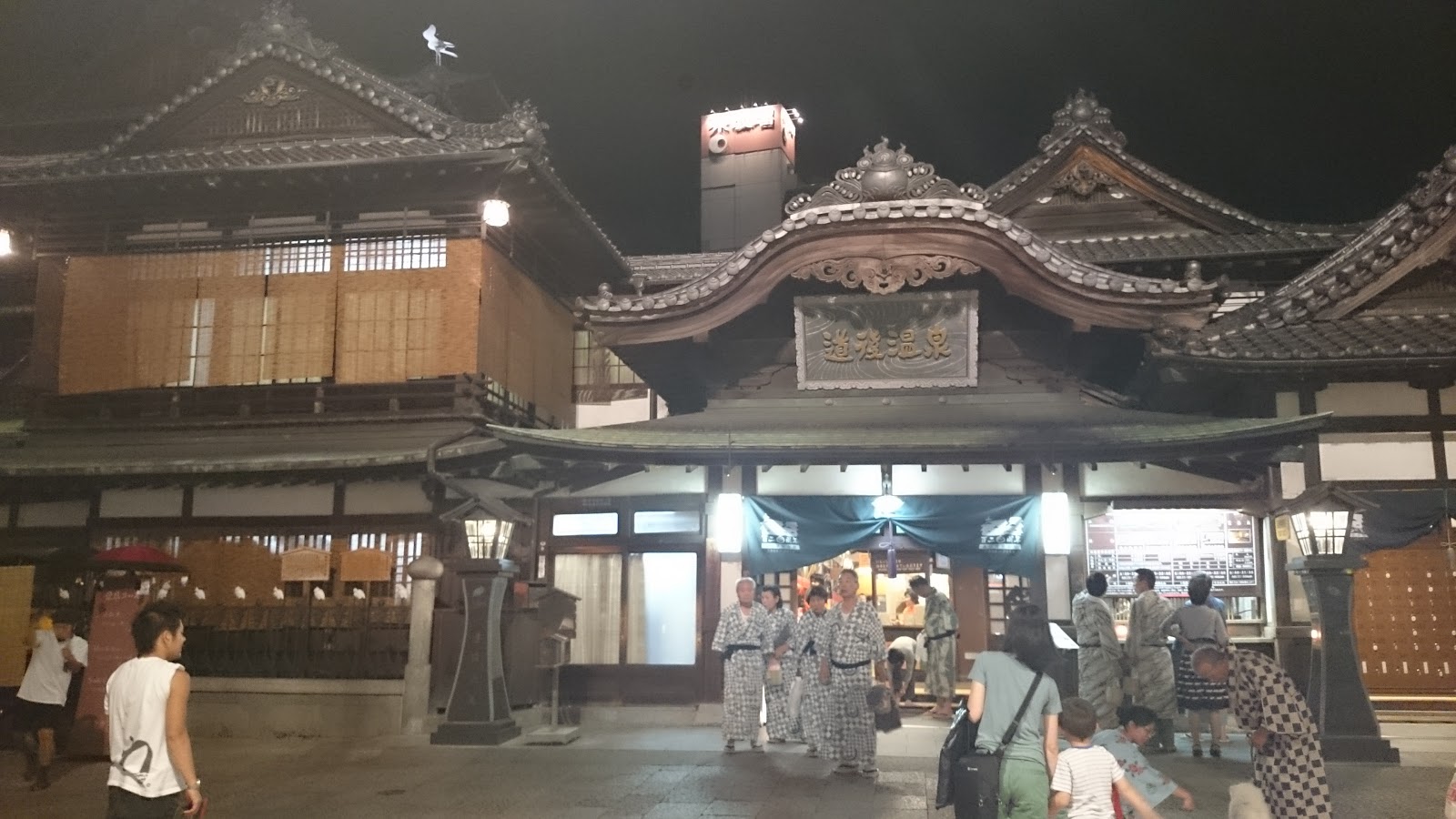 Inside the big historic building we had to split into the men's (and boy's) and women's sections. We both bathed in the cheaper Kami-no-yu (Bath of the Gods) waters, Alex now an expert in such bathing. Shoes in a locker, step into the building, clothes in another locker, wash yourself thoroughly first. Bathe in the hot waters. Relax and feel wonderful.

We couldn't stay the full hour that we had arranged before separation, so Alex and I quickly made our way down through the covered arcade to view the Botchan Clock, a large clock piece that pops up to display moving scenes from the aforementioned book. 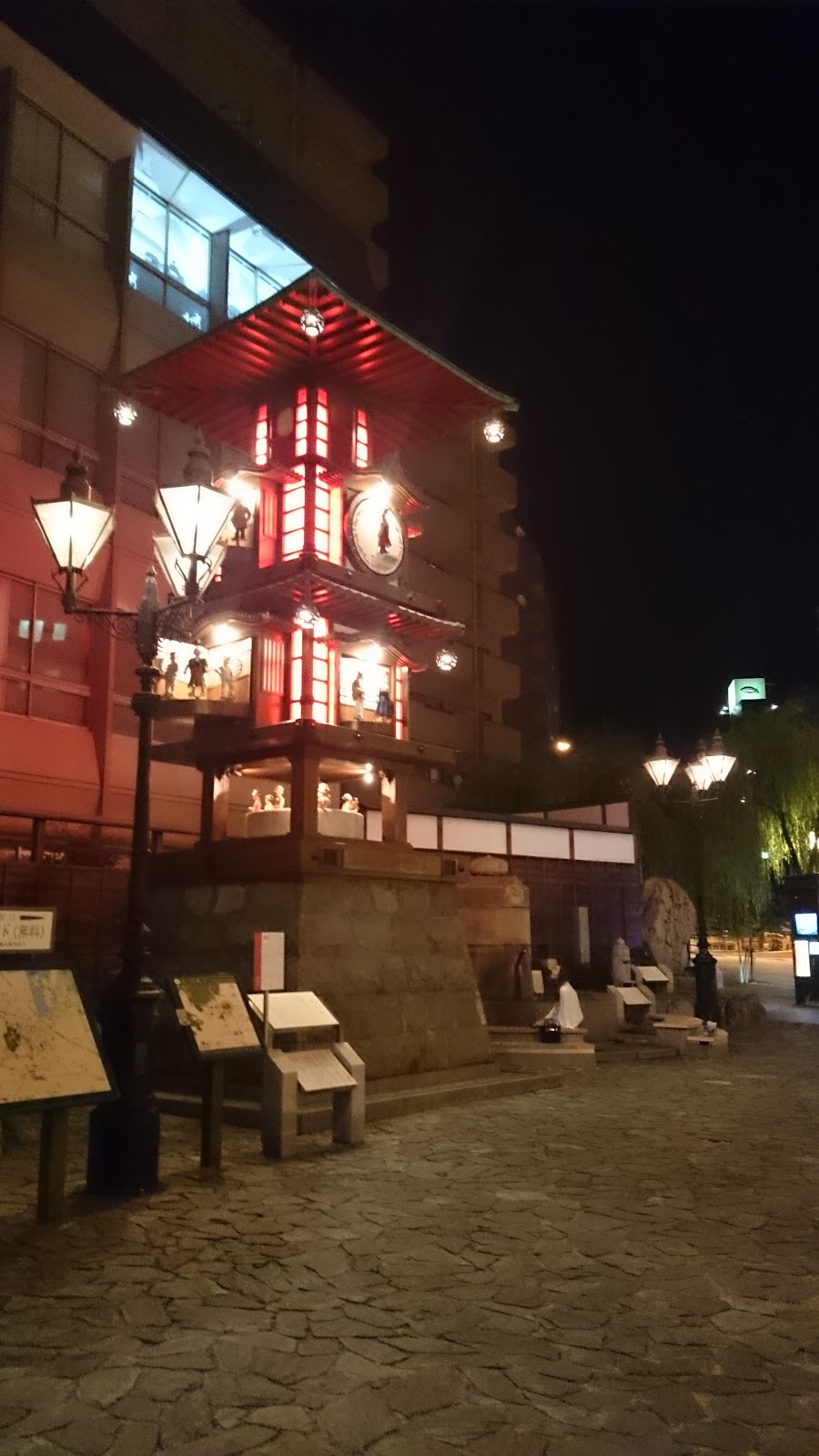 B soon met us and we bathed our feet in the free foot bath besides the clock. 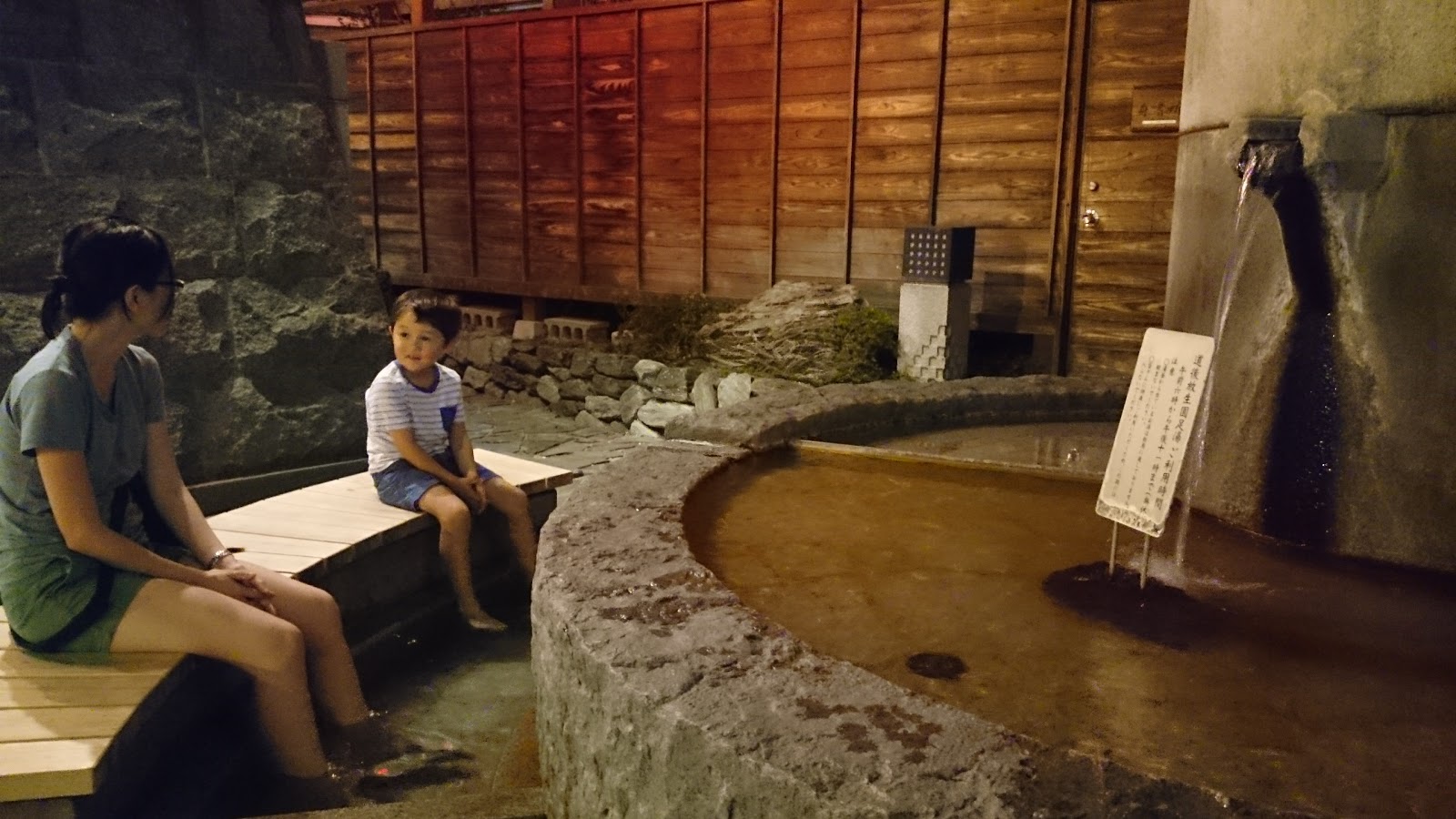 Then one last tram ride back to the hotel. As we rattled along I reflected how much I loved Matsuyama. There's something special about the city. It lacks the frenetic pace of Tokyo and Osaka, is much smaller, but large enough to have facilities and shops while retaining a sense. There's quaint trams and trains, many sights and a wonderful hazy summer light. Perhaps it is my favourite city in all Japan. That is all, and that is enough for now.