The kingdom and the castle

November 10, 2011
After a very comfortable night's sleep we arrived downstairs to a breakfast that included Kristina's famous hot toasties. Saving our legs we bought day tickets on Pragues public transport system and caught a tram down to Prague's funicular. 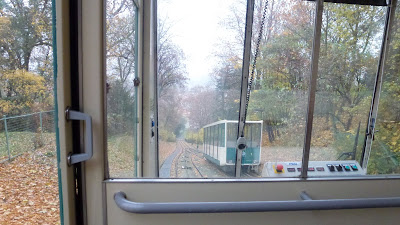 The line runs up to Petrin, through a pretty park. Alex loudly declaimed his  Daddy's error in referring to a male driver when in fact a lady turned up.
At the top of the hill are a series of religious sites, an observation tower and a playground. Alex emulated a young girl in climbing high up a rope tower. 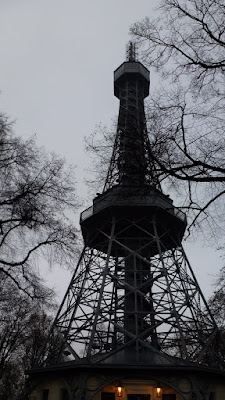 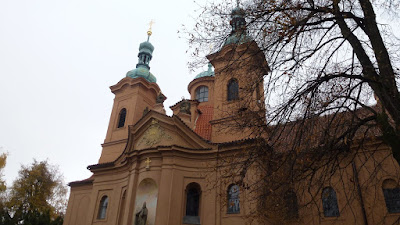 It was a pretty walk through the cool misty air under the green and yellow trees. We were following Kristina's recommended route to the back of Prague castle but made a tiring mistake going down the hill, then having to return up the stairs, Alex perched on my shoulders. 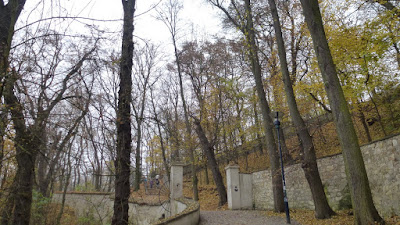 Towards the castle there were beautiful views across Prague, looking to the old town. We passed a small vineyard, then walked past a gauntlet of tourist stores on our way to the entrance. Alex had by now fallen asleep and was uncomfortable to carry. 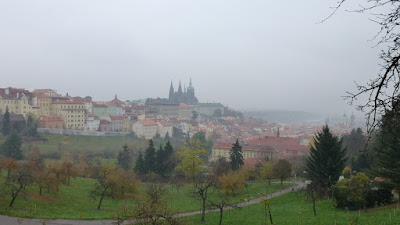 We purchased the short tour tickets to the castle, reputedly the world's largest, enabling us to see a reduced number of sights. First was St Vitus cathedral, where we had to wake Alex up to see the grotesque gargoyles jutting out from the ornate exterior. The inside was lit by light through the colourful stained glass windows. 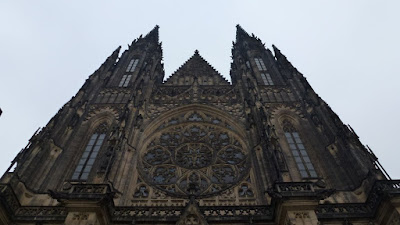 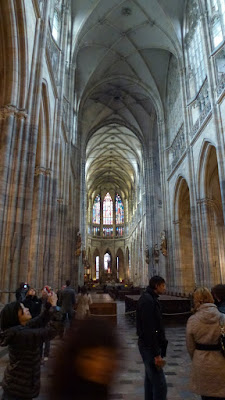 From there was the rather dour old royal palace building, with its focus on record keeping, then the Basilica of St George, not grand at all compared with the one dedicated to St Vitus. 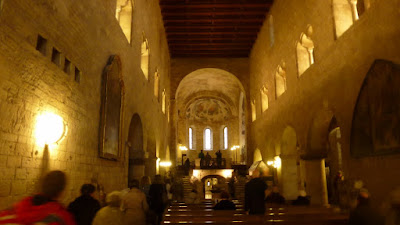 Finally, at the bottom of the complex was Golden Lane and Daliborka Tower, old houses with their original decore, an alchemist's meth lab and a tower full of suits of armour (including one for the chicken mascot). Alex ran around shouting out "Sawadee! Sawadee!" until I explained that this wasn't Thailand. Amazing what he remembers! 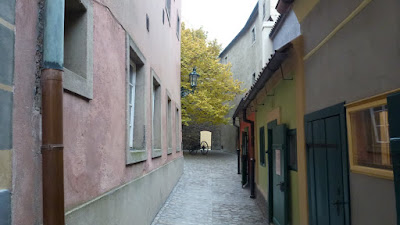 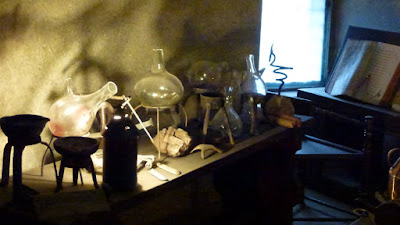 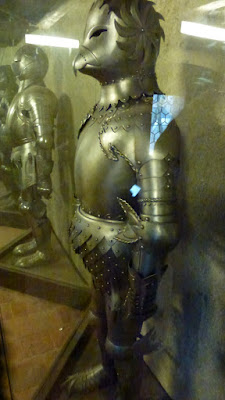 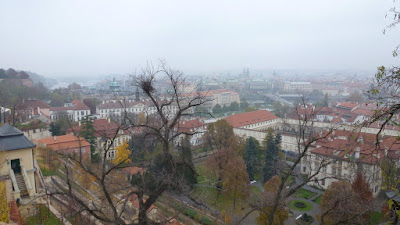 We caught the wrong tram to take us back to Andel, stopping off at a touristy square where we ate a Czech pub lunch of pork, dumplings and vegetables. Then back on the right tram this time. While B wandered around and shopped I took Alex to see Railroad Kingdom, a massive and still growing model railway display of major Czech sights. It will be much more impressive when finished. 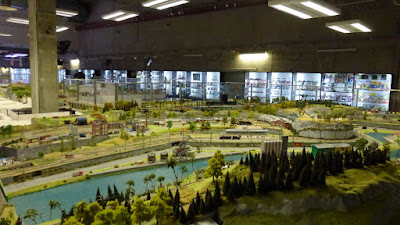 There are also toy train displays, such as Lego and Chuggington, though these are static, along with driver's eye views from the train and Xbox games to play. It's very kid friendly with child sized toilets, kids videos projected on a big screen and a play area that held Alex's attention for a while.
Prague appears to be very child friendly, with lots of play facilities and thought put into entertaining kids. The only problem, as Kristina says, is how many people smoke everywhere.
Kristina kindly allowed us to keep our room until departure, so Alex and B had showers before we sadly said goodbye and carried our luggage off to the metro.
At Prague's central station we encountered our first turnstile equipped pay toilets, at Alex's insistence. We were catching another overnighter, this one to Zurich in Switzerland. There were a few subtle differences between this service and the last one to Prague, apart from the female attendant. There was already orange juice and a welcome champagne waiting for us in the room, we were facing the other side of the tracks. Worst was the inability to stop the flow of warm air into the cabin - changing the dial seemed to have no effect, making the ride hot and stuffy. The attendant recommended that we open the top window. Apart from that I looked forward to another comfortable night train ride. 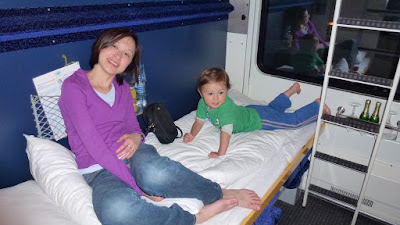 I'd be happy to return to Prague. It's an interesting city and we've only scratched the surface of the country. There is plenty for kids to do and if we do come back we'll definitely want to stay at Aparthotel City 5. It's so friendly and such a home away from home. I feel certain that it will be the most memorable accomodation of this trip.