The day gets shorter

November 16, 2011
Our stay in Amsterdam was far too brief. After a quick breakfast in the railway saloon inspired eating area decorated with a wide variety of railway paraphenalia we were soon heading out into the chilly Amsterdam air. Over the road was the ornate Amsterdam Centraal railway station and we jumped on to the double decked yellow and blue train to Schipol Airport. 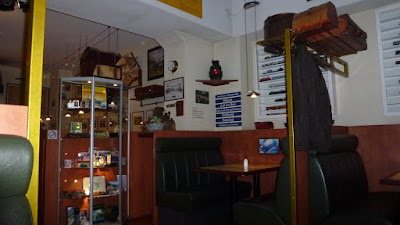 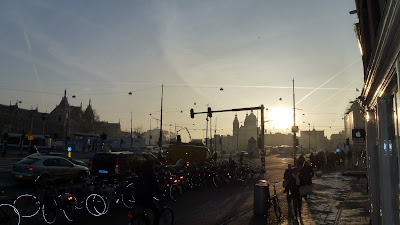 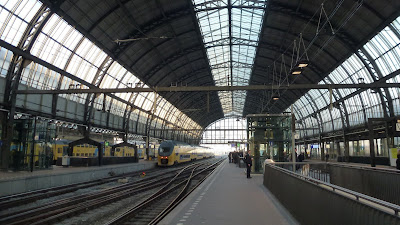 I really like Schipol. It's no wonder that it is consistently rated one of the world's top airports. There's a good range of reasonable shopping and most of it seems accessible. Collecting our tax refund proved to be difficult as, due to a systems failure, I had to walk across the single open teller at the opposite side of the terminal. Alex discovered a yellow balloon lying on the floor and took possession of it. 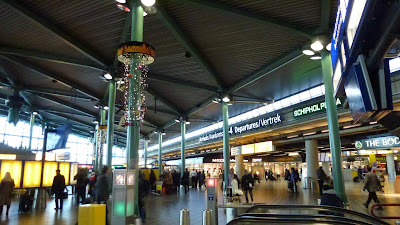 At the gate I was surprised and a little disappointed to see our old friend "Penang", the same 747 that had carried us all the way to Europe. Alex sadly had to give up the balloon while B and I passed through the new L3 terahertz scanners. The flight was only half full and we were told we could move into the empty overwing rows after take-off. Alex soon fell fast asleep. 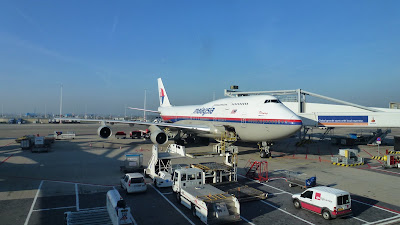 The take-off itself was stunning, with brilliant views of canals and the cargo ships that traverse the major routes. 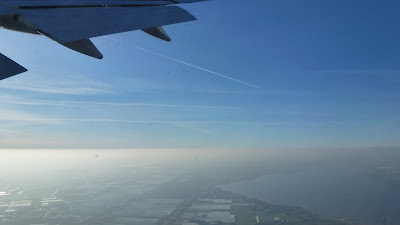 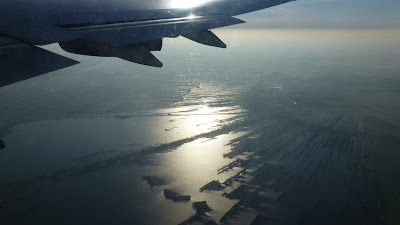 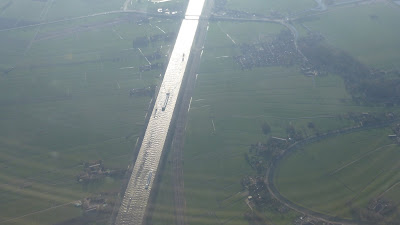 Over Germany the views below disappeared to be replaced by a carpet of cloud, with us soaring high above in the afternoon light. This was flying at its best. 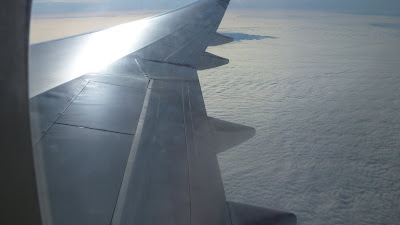 We were served a hungrily appreciated lunch. I had spied our meal options while seated opposite the galley. Beef and mushrooms or chicken korma. B and Alex had the former, me naturally the latter. Both seemed quite good.
As we were flying west the day receeded at a fast pace and soon it was sunset. Below us it looked like fields of snow in the old Soviet territory. 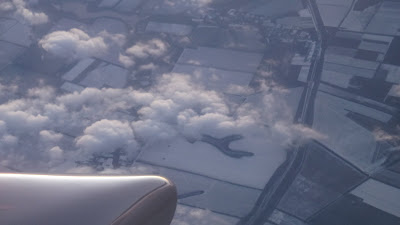 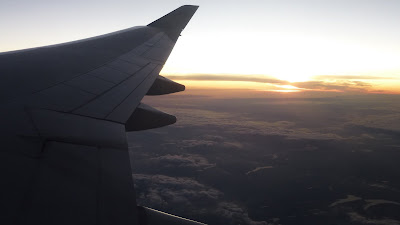 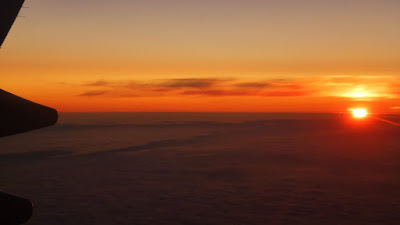 I was very tired, but was disturbed as I drifted off and that was it, I couldn't sleep on the flight. As Alex slept soundly beside me and B took up a centre row I was left to entertain myself in the dark. I watched "Rise of the Planet of the Apes" on the dreadful little screen. Enjoyed the movie, but not the awful Malaysian editing of gory bits. Watched a little of the 1968 original "Planet of the Apes" as Charlton Heston smokes a cigar on a spaceship... yeah right.
Passing through Central Asia there were some brilliantly lit amber and white cities in Turkmenstan, then almost nothing as we flew over Afghanistan. As the black fields of the Indus had broken up the desert during the day, so did the lights around it at night. Then nothing again until India.
Sometime in the night we were given a snack pack of peanuts, biscuits, chocolate and cheese. Alex woke and devoured peanuts and juice. He was in a happy mood and very sweet for most of the remainder of the flight.
With two hours left of flight time the lights were switched on again and we were served a breakfast of spicy nasi lemak or mushroom omelette.
The sky was just showing the first hints of dawn as we cruised into Kuala Lumpur with a touchdown so light that B did not realise that we were on the ground. We had arrived. 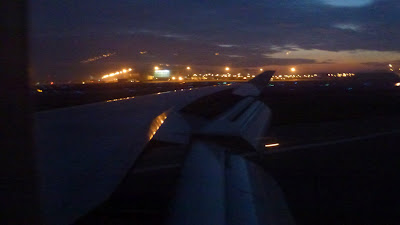