Sarawak laksa and bak kut teh 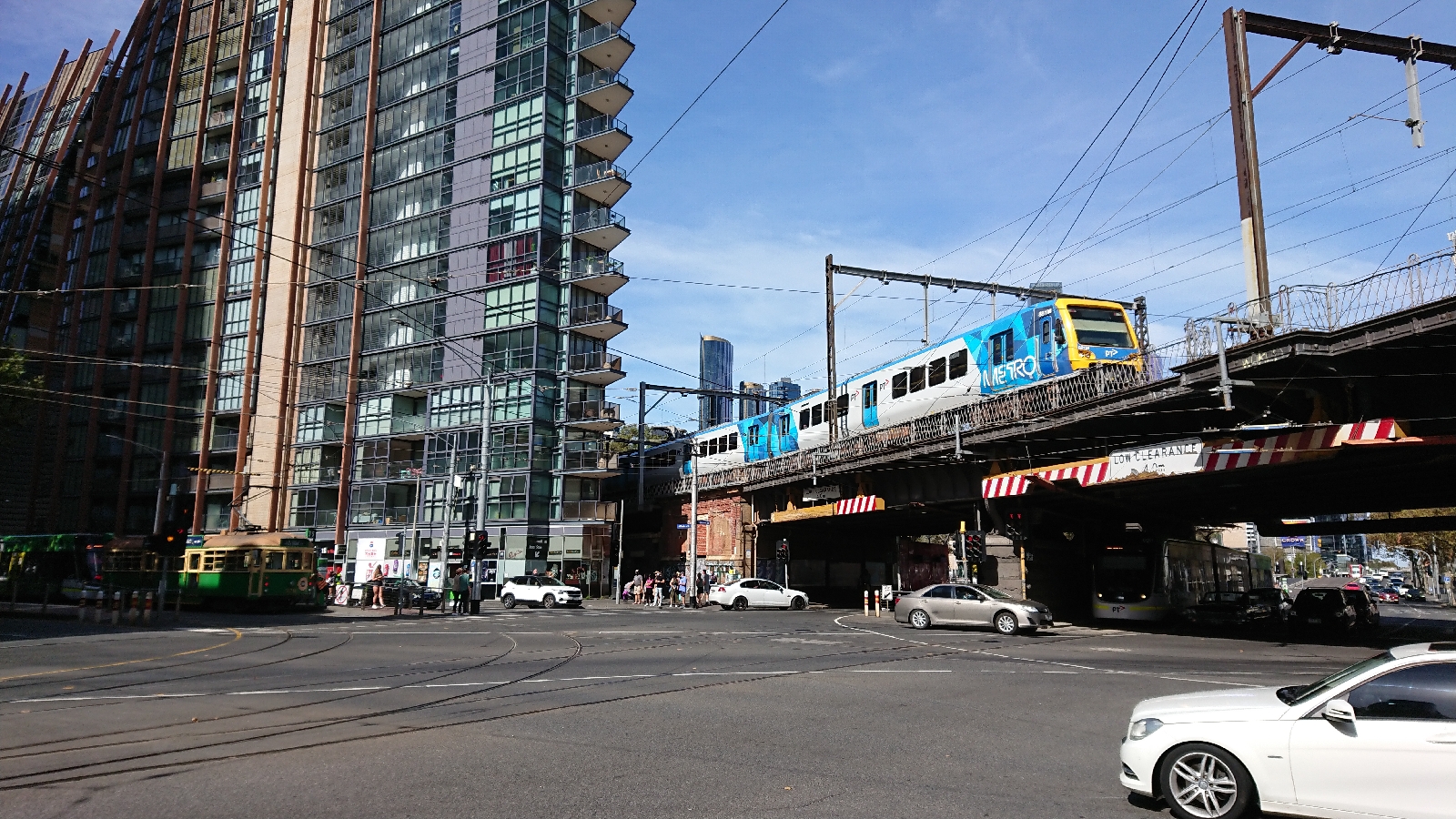 Travel is a series of quests for us. They give it structure and purpose even if the quests themselves are no more than a MacGuffin.
The theme running through our Melbourne trip has been Malaysian food and, on our final day, I wanted to ensure we tried some more interesting dishes.
For me it was Sarawak laksa. Then B asked about bak kut teh. Google seemed to know what we were thinking for it quickly autocompleted "best bak kut teh in Melbourne" and provided an answer: Bak Kut Teh King in Box Hill.
Box Hill has the advantage of being accessible via public transport. We are sick of walking and a rail ride into the suburbs is just what we need.
We catch a tram from the casino up the Stop 58: Box Hill Interchange. It's quite an interesting ride, out of the CBD past a fire station I suddenly recalled visiting on a school excursion, though multicultural Richmond and into wealthy old Kew. The ride takes an hour. 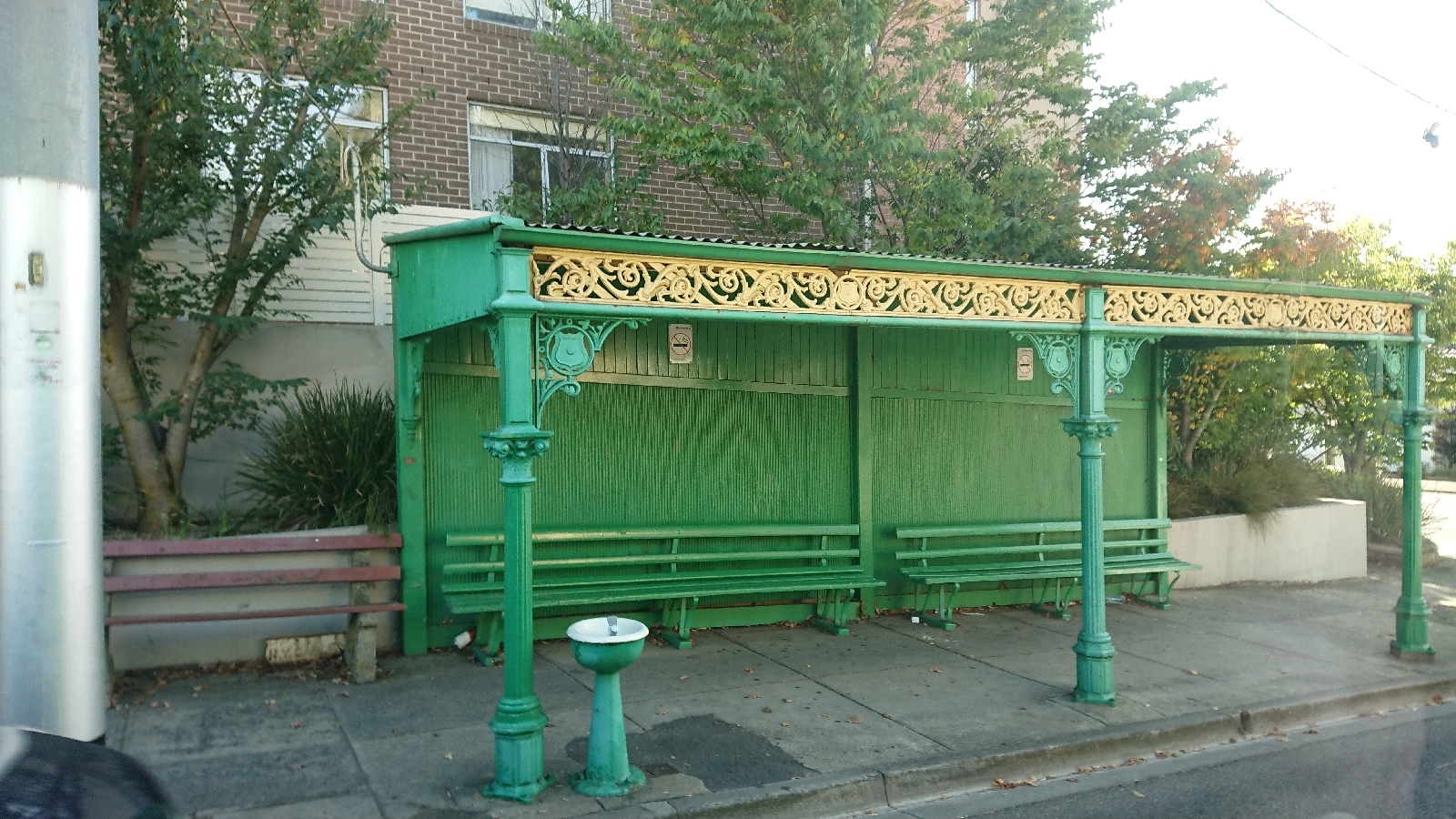 Box Hill is a very Asian area with lots of Chinese shops. Bak Kut Teh King is just opening and is already popular. I don't eat this Chinese herbal stew myself, but B and Alex love it. They order a small serve, supposedly only for one but more than filling for both, some delicious onion rice and a yutiao stick. They agreed it was as good as any they have tasted, and better than B's own version.
Once finished, we walk around to the street behind the shopping centre to try Hainan Chicken. Sadly, this is only passable and not up to B's fine standards. 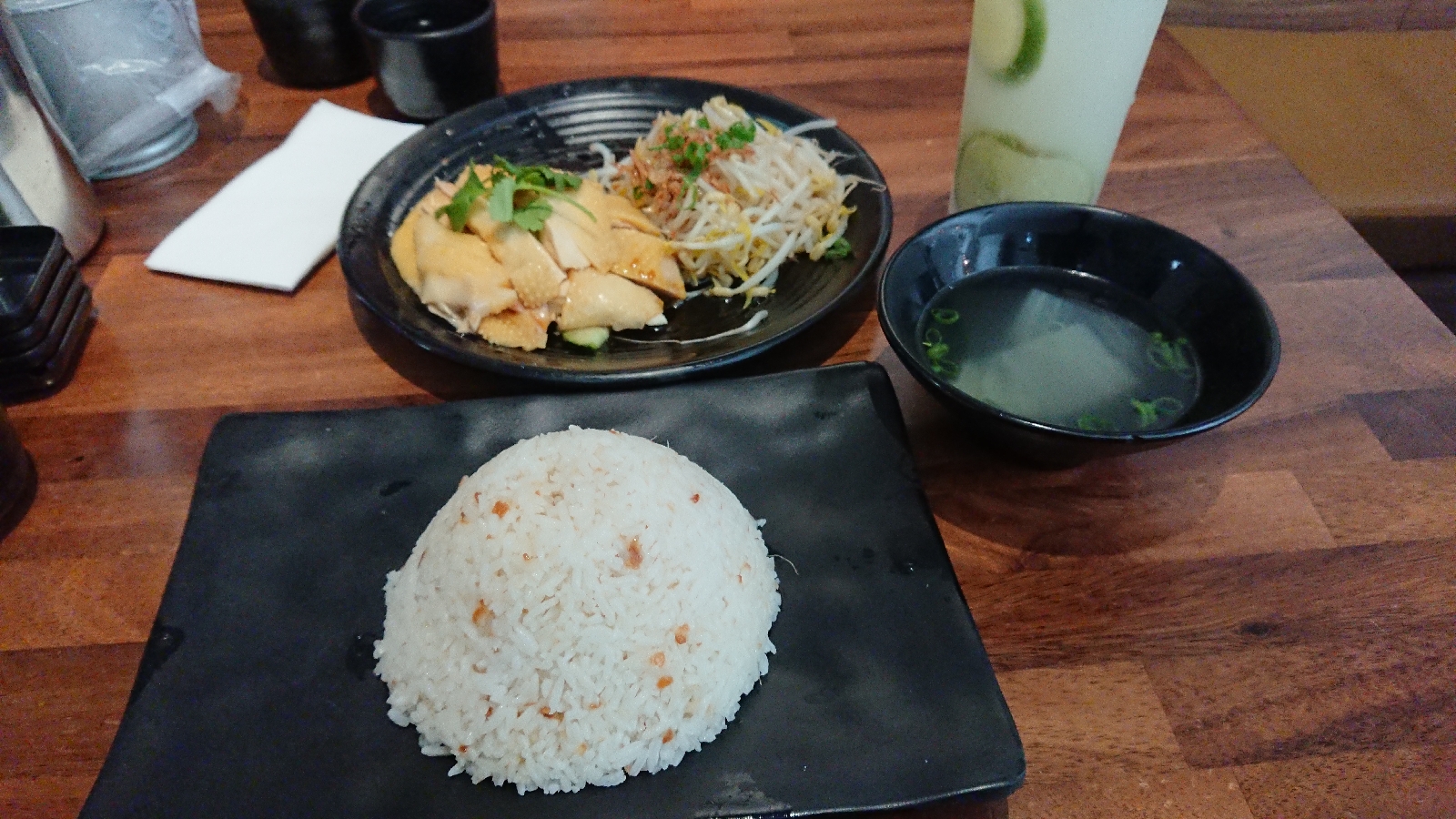 Inside the shopping centre is like being in Asia. Alex buys a doughnut from a Japanese style bakery, B and I a couple of Hokkaido cream cheese tarts.
The train back takes half the time of the tram. There is something I just love about Melbourne trains and they bring back so many memories. 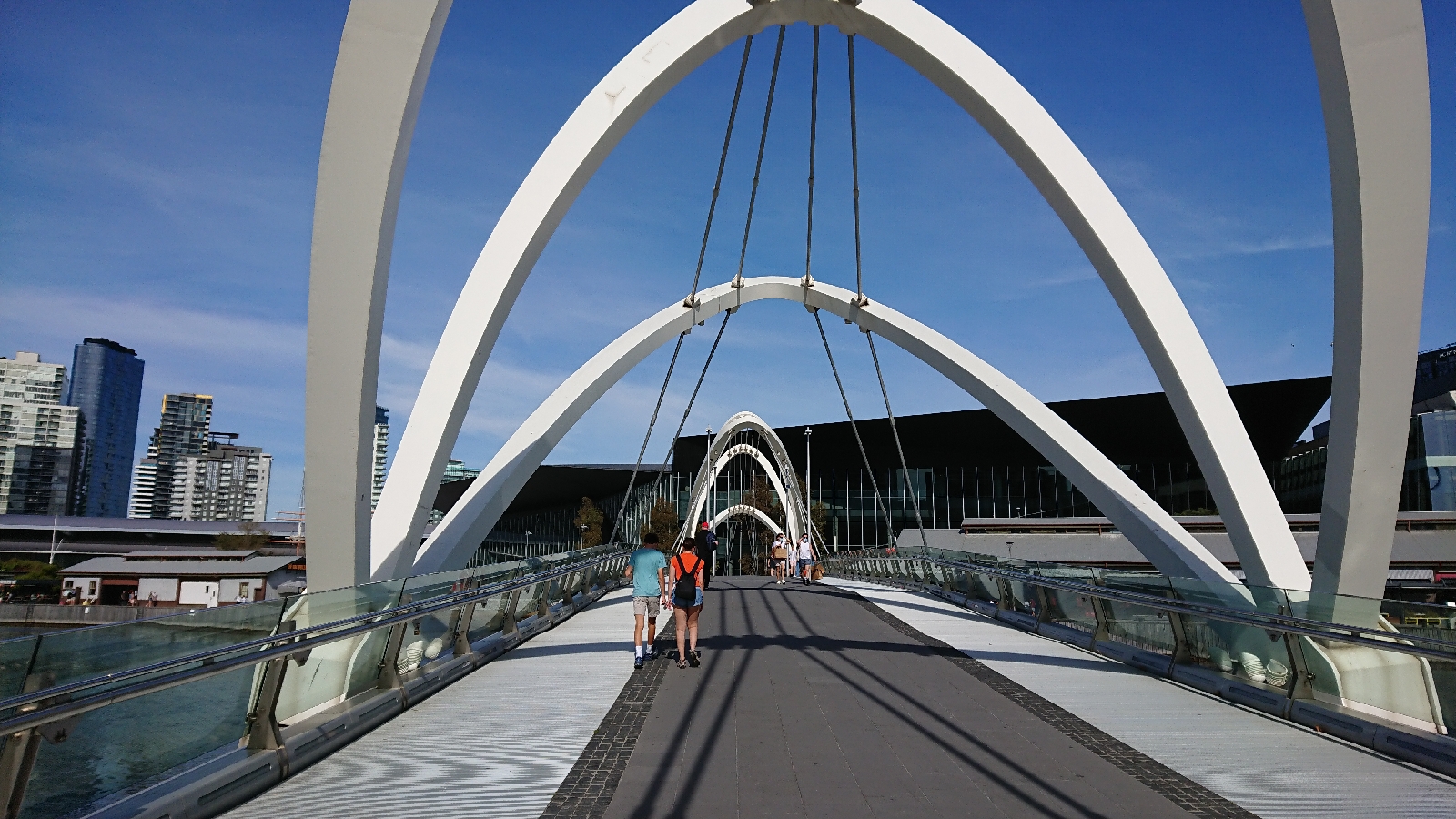 We rest back in the hotel, eventually awakened around 5pm by housekeeping. The poor young Indian lady is run off her feet and the hotel is obviously understaffed. We feel sorry for her rather than annoyed by the lack of cleaning.
The sky is clouding over and the scape of the skyscrapers visible out of our hotel window has taken on a sense of a mysterious fantasy. I can imagine them as a watercolour painting. They seem dead, yet also strangely alive with non-existent spirits. The trams that pass their bases are toy trains on a model railway layout. If I were alone up here I feel like I could stare at the view and write a story. 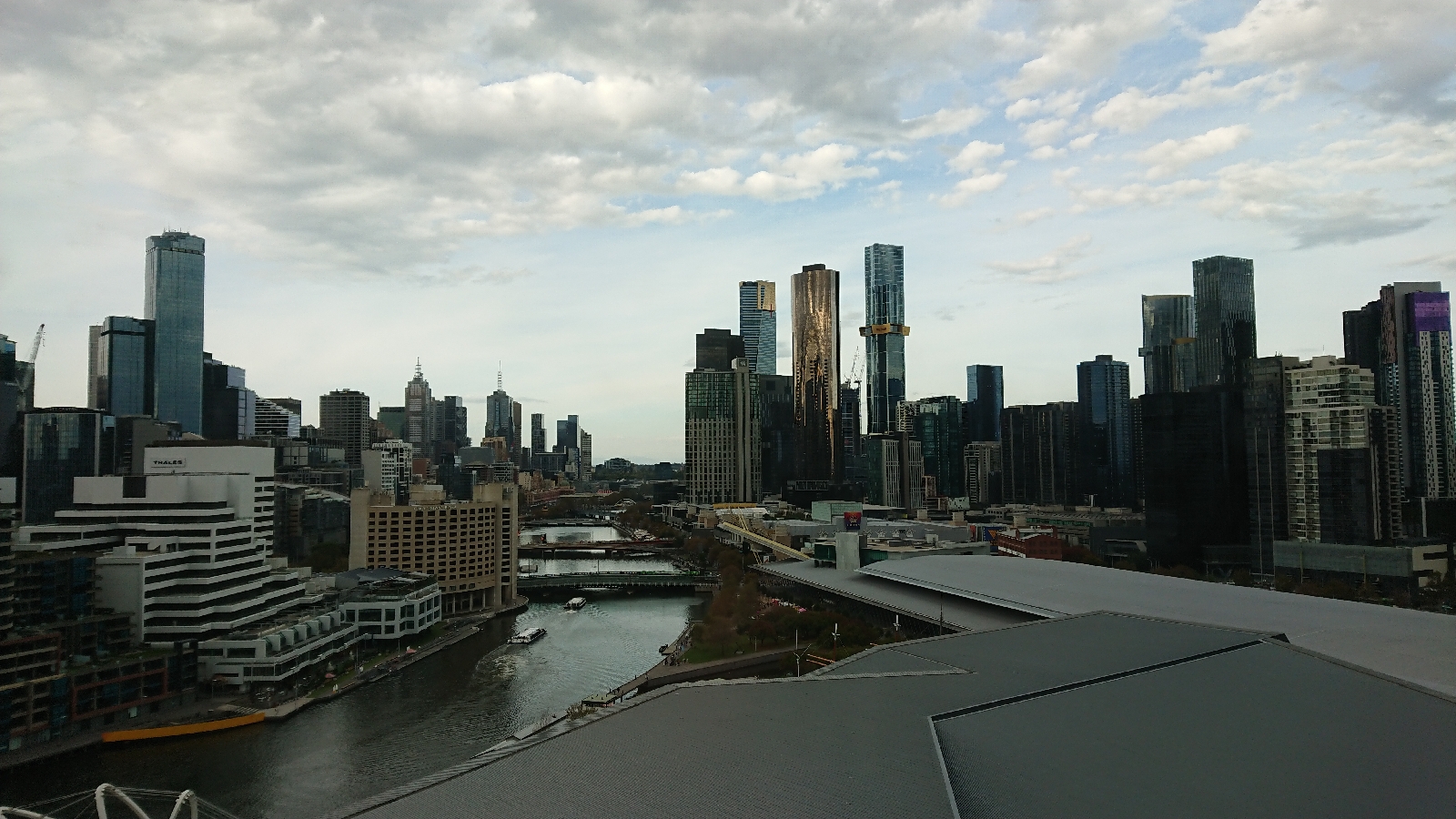 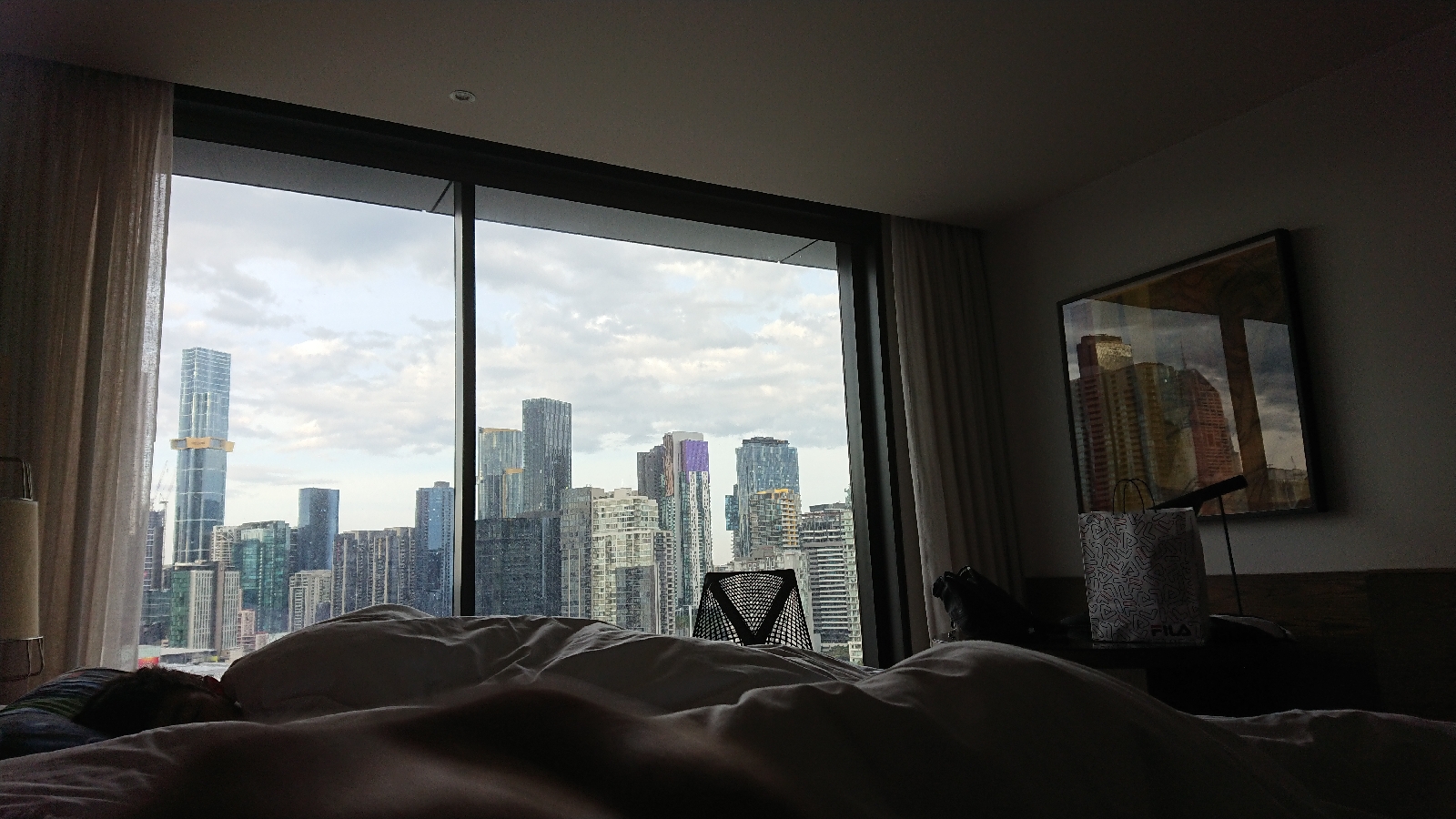 It takes two tram rides to Queen Victoria Markets and Sarawak Kitchen, where it was my turn to choose dinner. Sarawak laksa has a different spice blend to other Malaysian laksa and it has been a long time since I've last had one. Alex joins me in my choice, while B has Kolo Mee, another noodle dish from Sarawak. 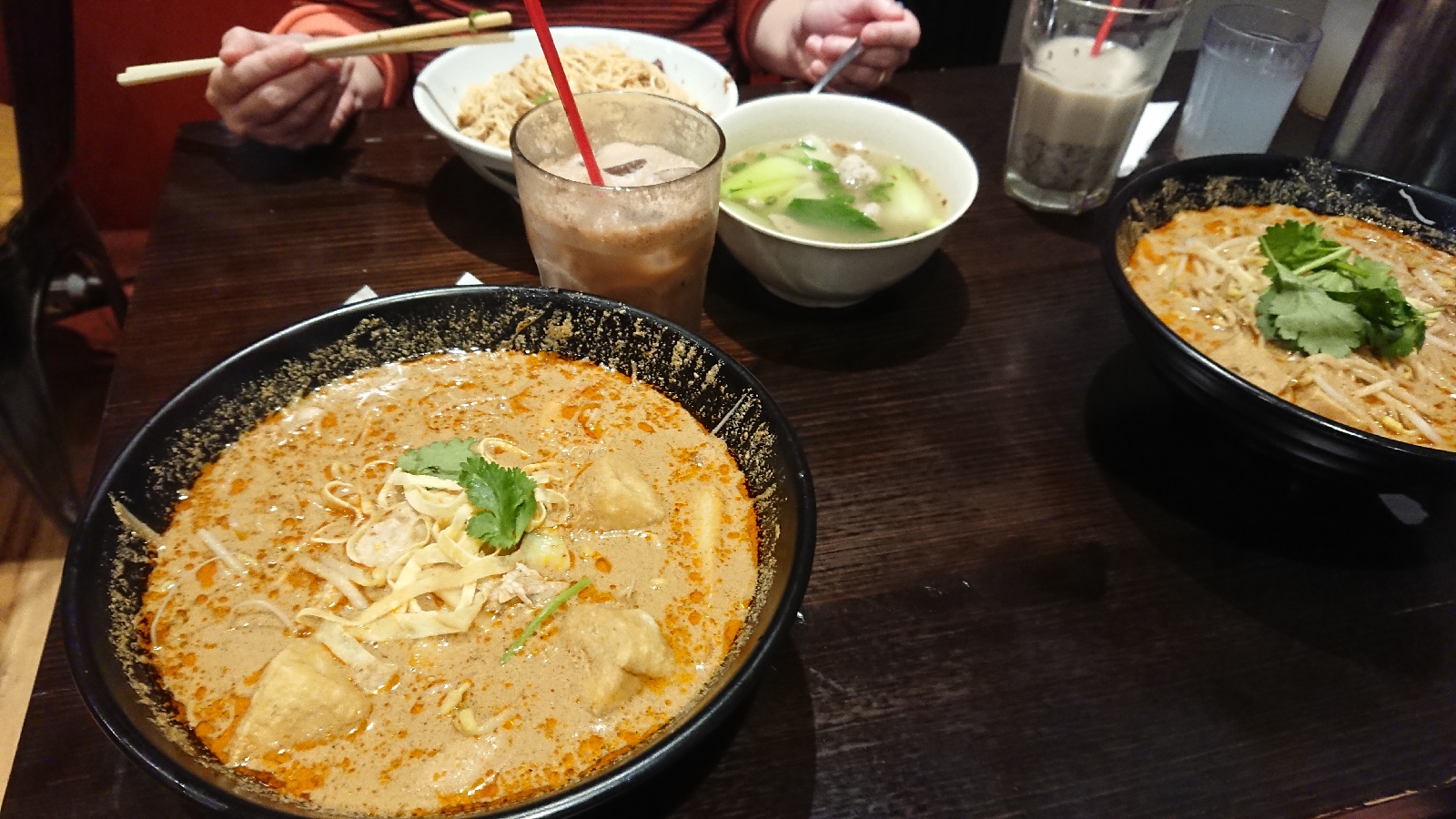 I can't say it was the best meal we've had, but at least it was different and the iced Milo tasted like the real thing.
The night city is bustling on this Easter Sunday night. There are crowds of young people walking the streets and queuing up for trendy restaurants. 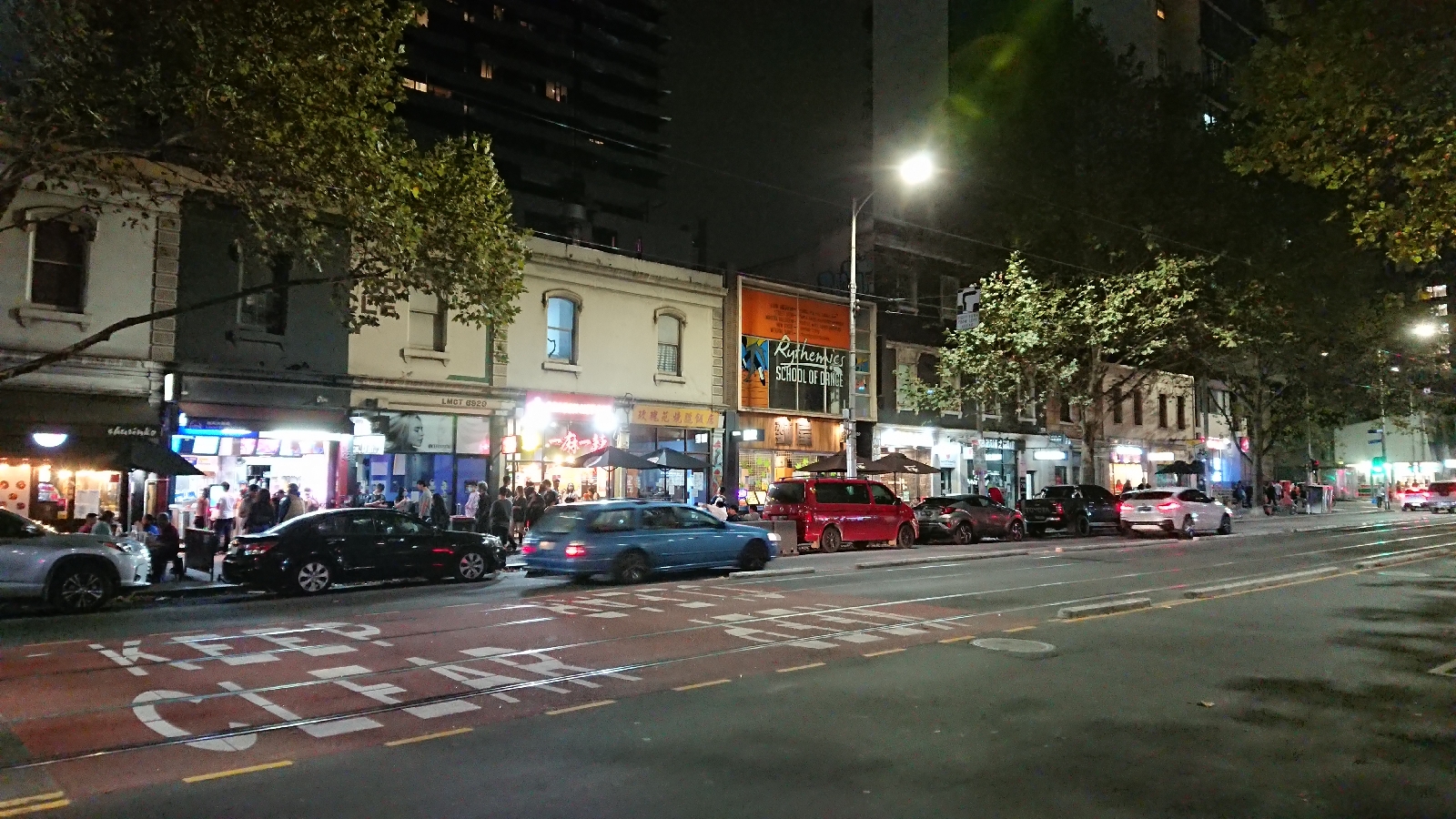 We catch a tram back to the Casino stop, just as the flame show is exploding in the sky. As we walk back to the hotel, along the river and past the throbbing music of the food trucks I feel a sadness at leaving the city. The experiences feel incomplete, as if there is more to be done in this world of night lights and empty skyscrapers.