A study in grey 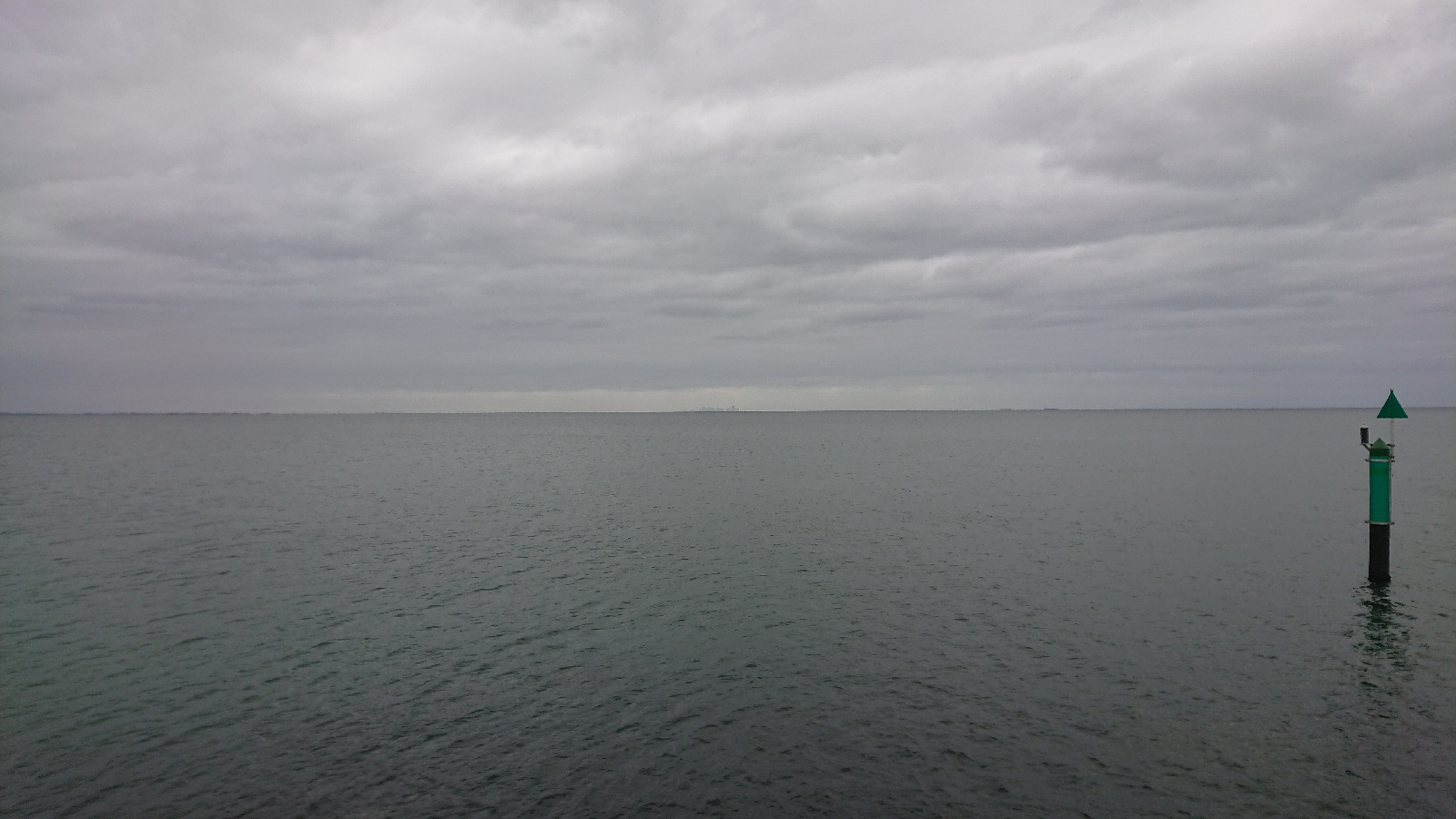 The distant skyscrapers of Melbourne city float like ghostly silhouettes against a pale grey sky over the dark grey waters of Port Phillip Bay, an even darker line at the horizon separating sea and sky. A fast catamaran ferry cuts through the water, heading from the Portarlington jetty, where we stand, to the city, a little over an hour away.
It feels like it is much further, a mystical place that could never be reached, existing only as a temptation.
To the west of the flat expanse of the bay is a mountain range and the curved white hangers of Avalon Airport. Sadly not jets are flying to or from there as we walk along the breakwater enclosing the fishing boat harbour. 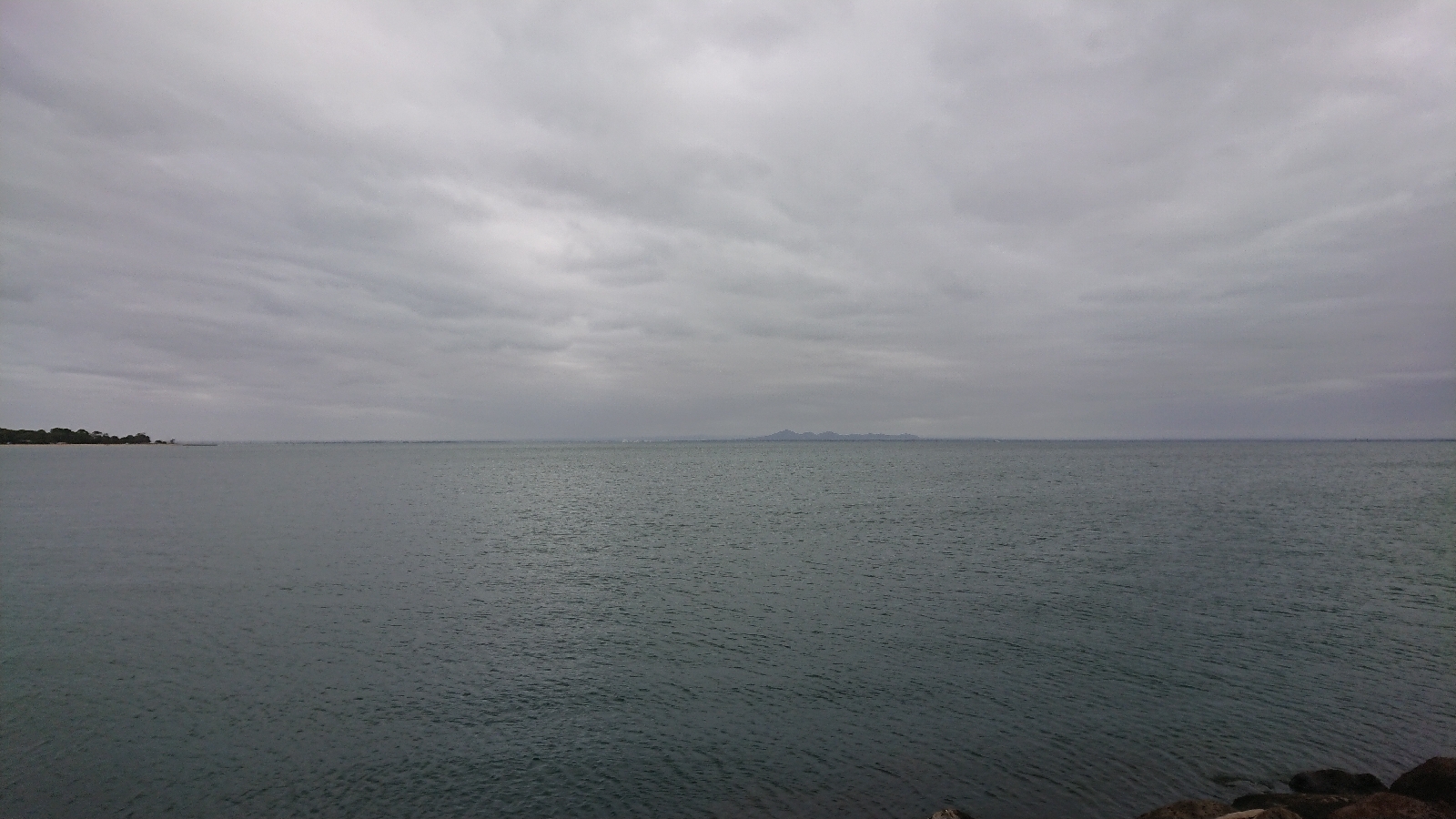 A couple of jellyfish pulsate in the protected waters. 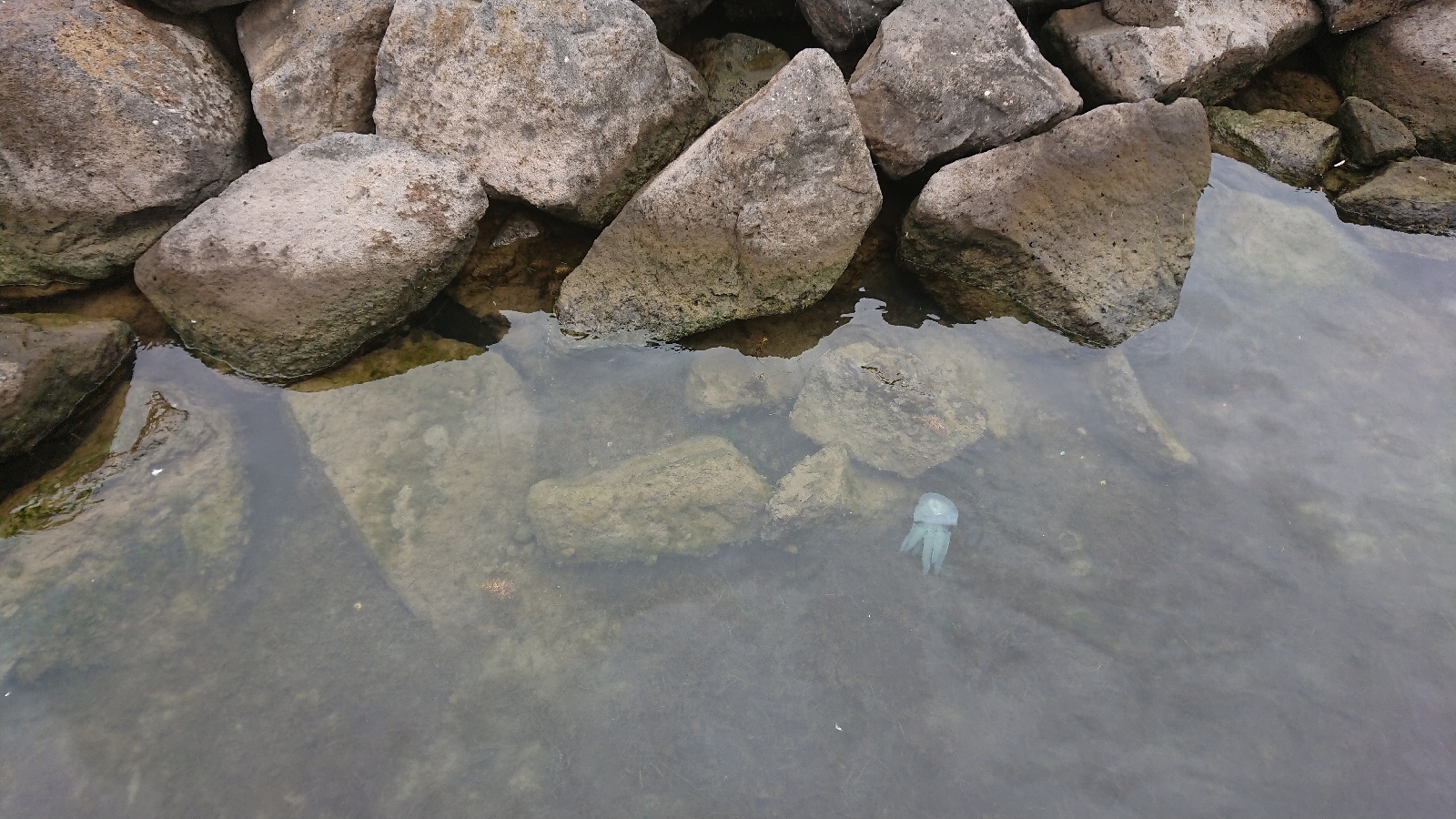 The wind is strong and chill and when we return to the carpark I suggest a bowl of local mussel chowder at the Pier Street Cafe by the harbour.
B has the lovely smokey chowder, me some prawn linguine and Alex fish and chips. It is so good, so nice to eat quality food that we have not cooked ourselves for the first time in forever. 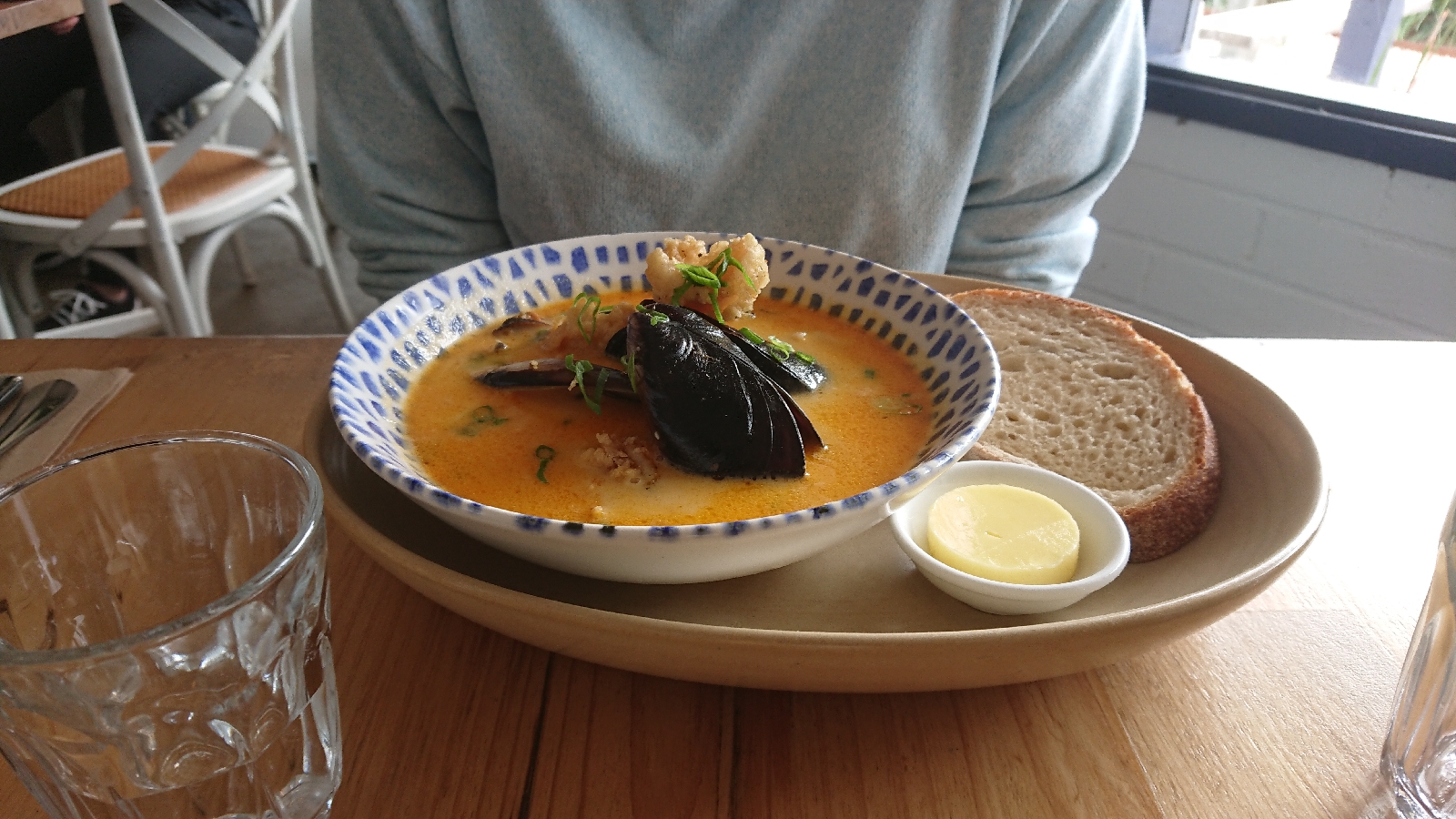 Alex had a bad sleep, so we return to the cottage to give him rest.
We have to rush to make a prebooked visit to the Marine and Freshwater Discovery Centre on the isthmus between Point Lonsdale and Queenscliff. The research and education centre houses a small touch tank and several small aquariums to teach about local sealife.
We touch sea urchins and Alex feeds chopped shellfish to crabs. There are seahorses with prehensile tails, starfish devouring mussels and out favourite, the tetradonts, of puffer fish and a beautifully patterned cow fish. It's actually quite an enjoyable experience. 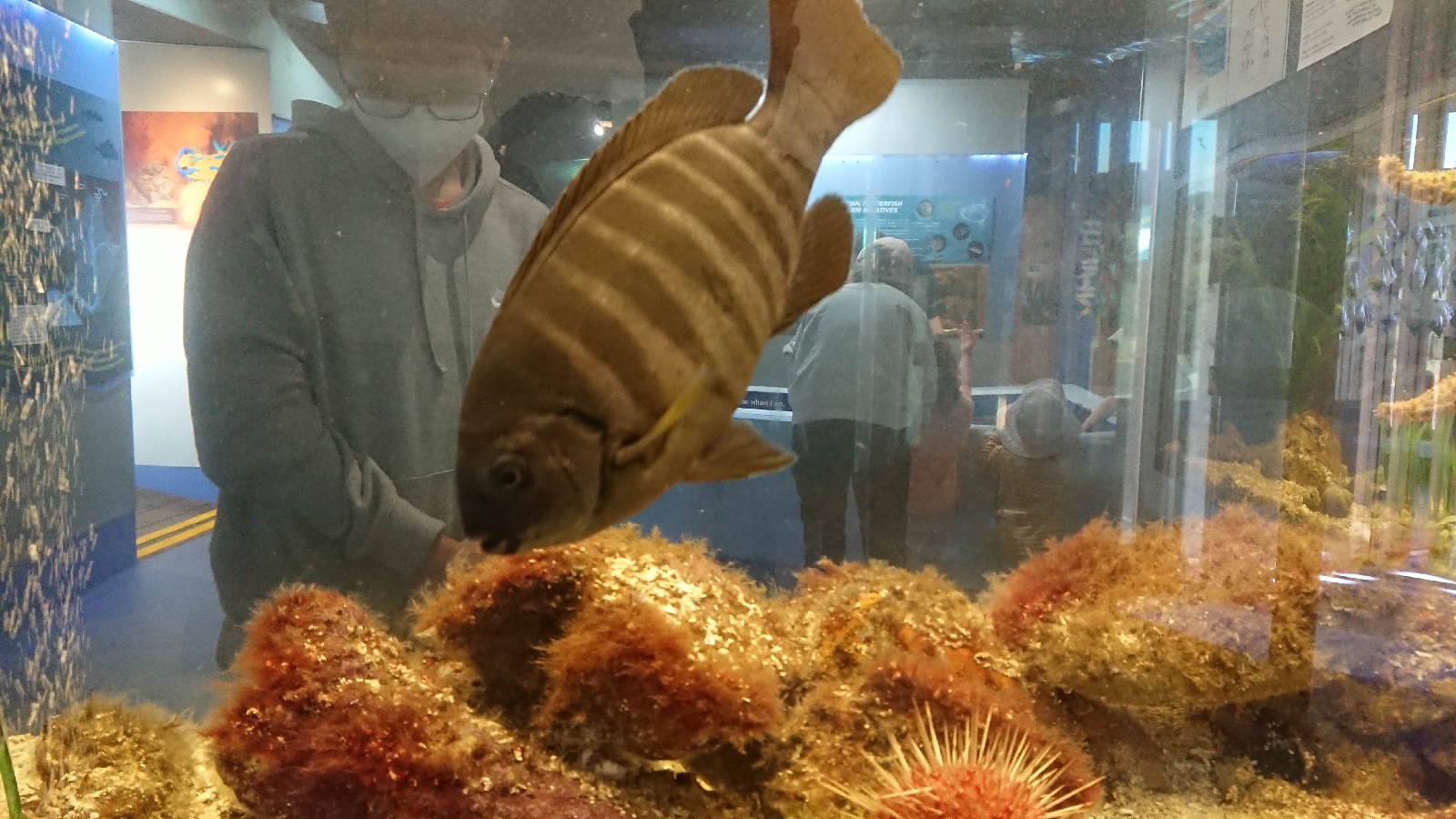 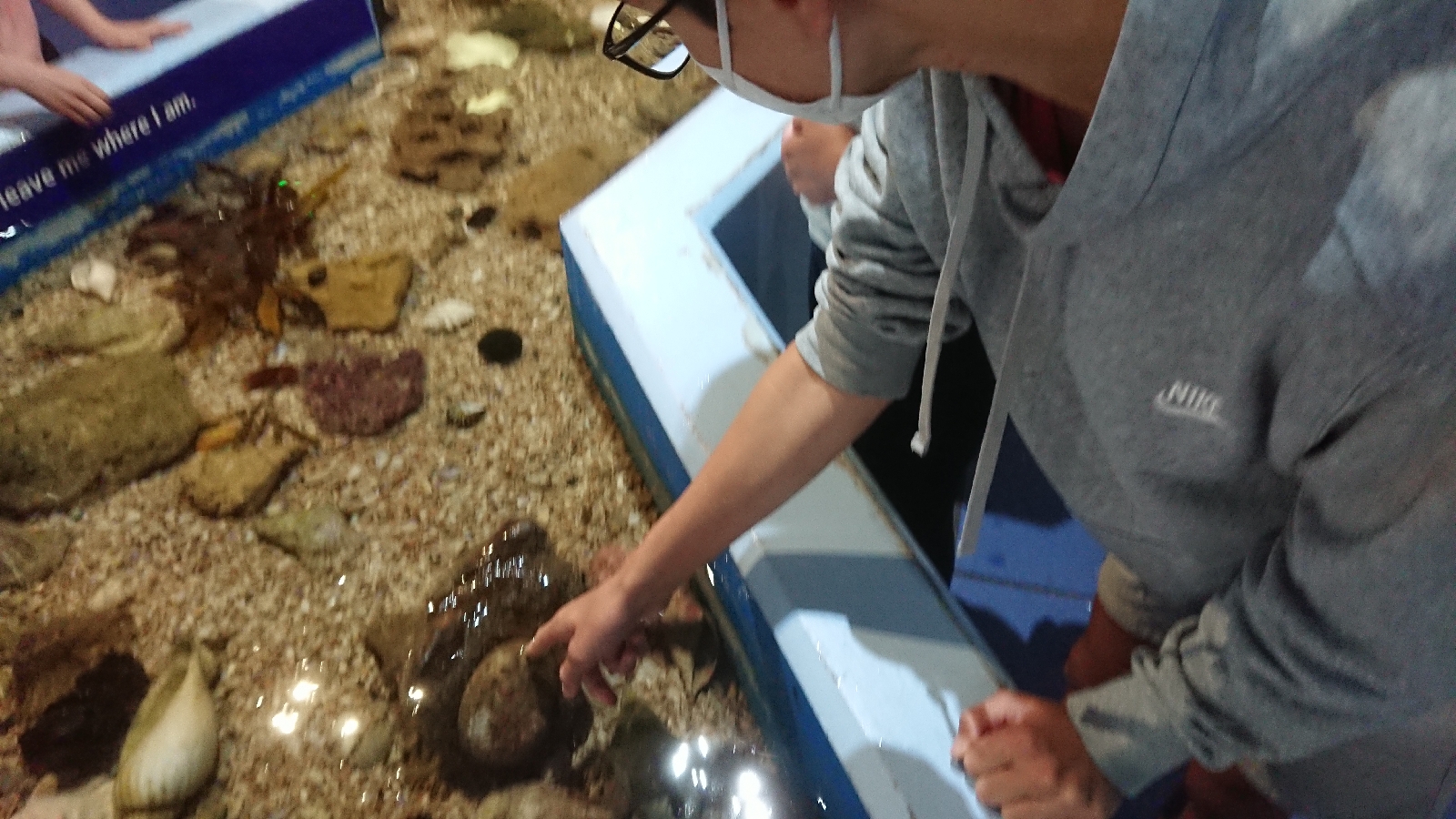 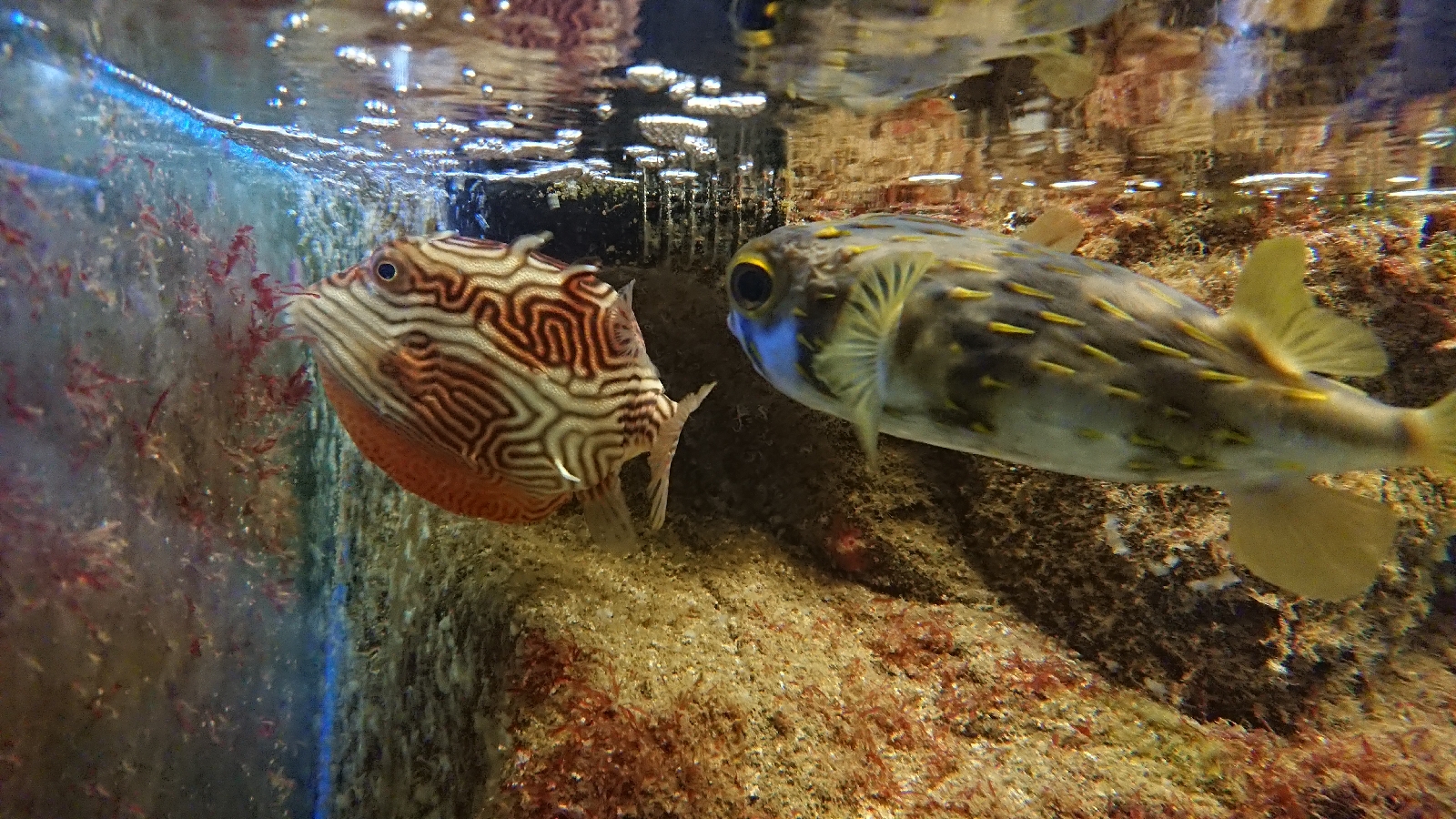 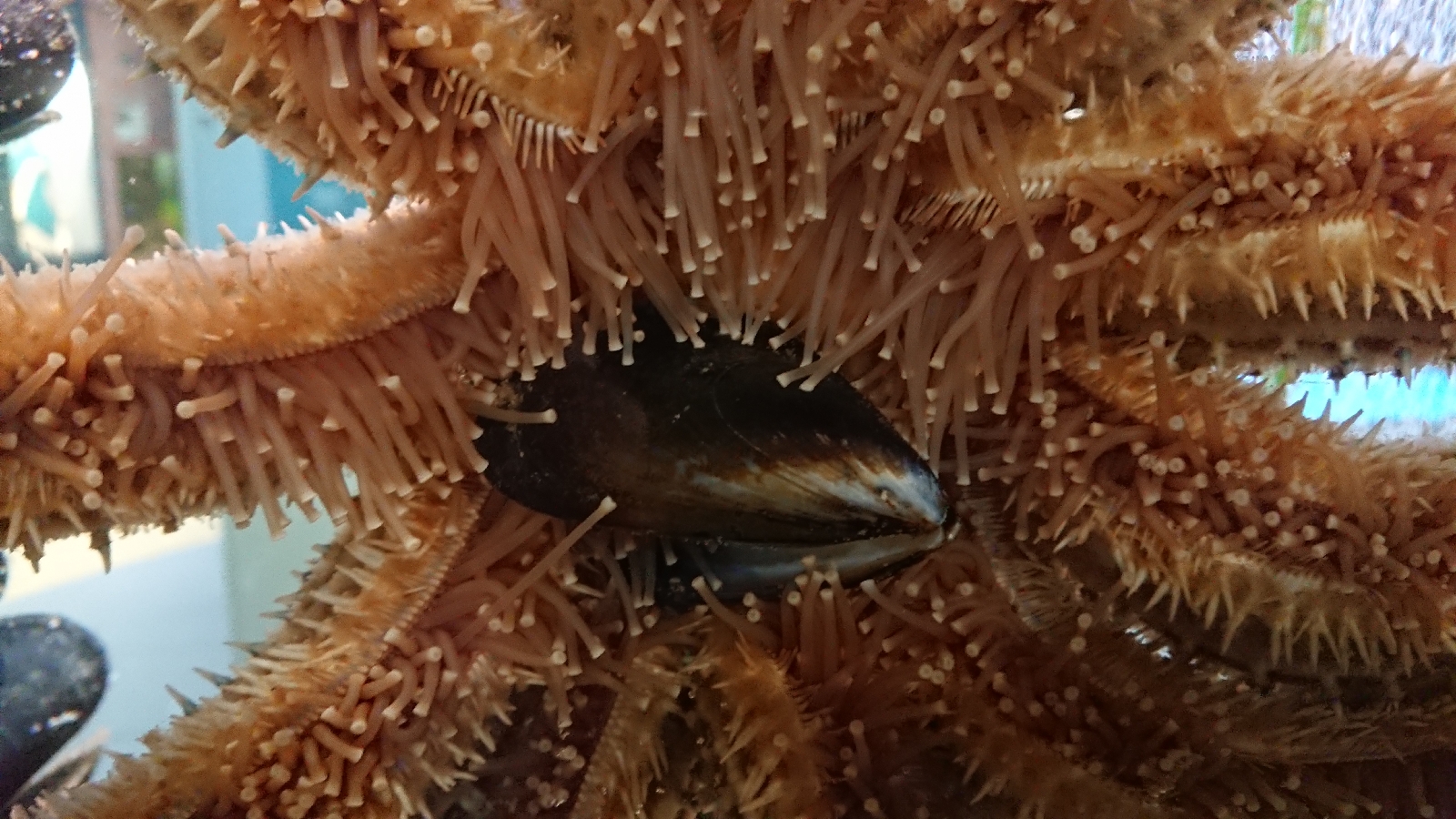 The centre overlooks some beautiful wetlands and, as we sat outside gazing at them, a Bellarine Peninsula Railway tourist train slowly chugged past. Wooden carriages towed by an ex-Tasmanian Railways diesel leading and a green steam engine with the face of Edward from Thomas and Friends at the rear. 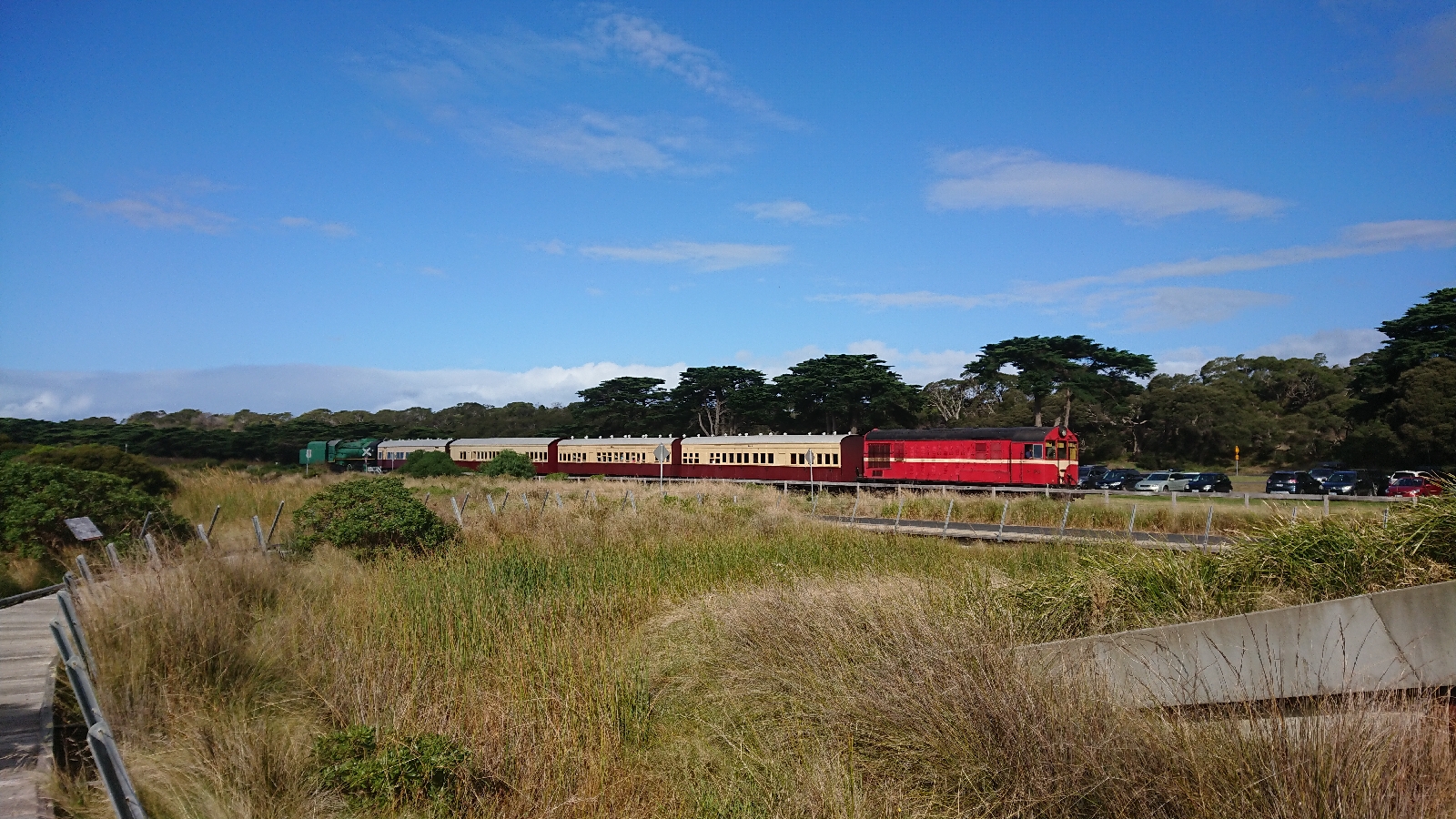 I don't think we'll ride the train this trip, but it's the perfect spot for admiring it.
Afterwards we drive down to Point Lonsdale and the lighthouse overlooking the entrance to the bay and its famous and deadly rip. We watch the Spirit of Tasmania pass through the rip and turn in towards Melbourne and a faint rainbow. 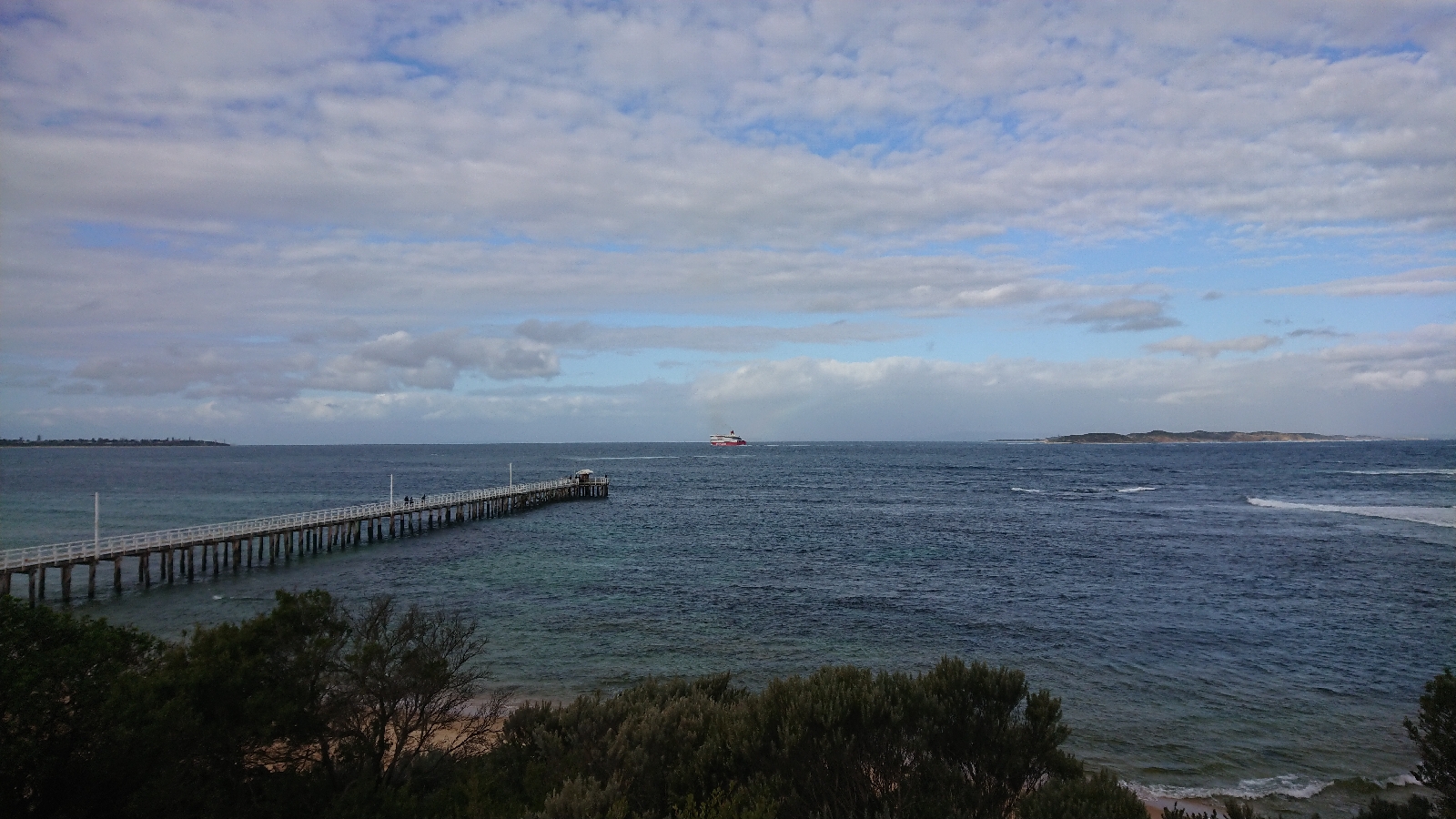 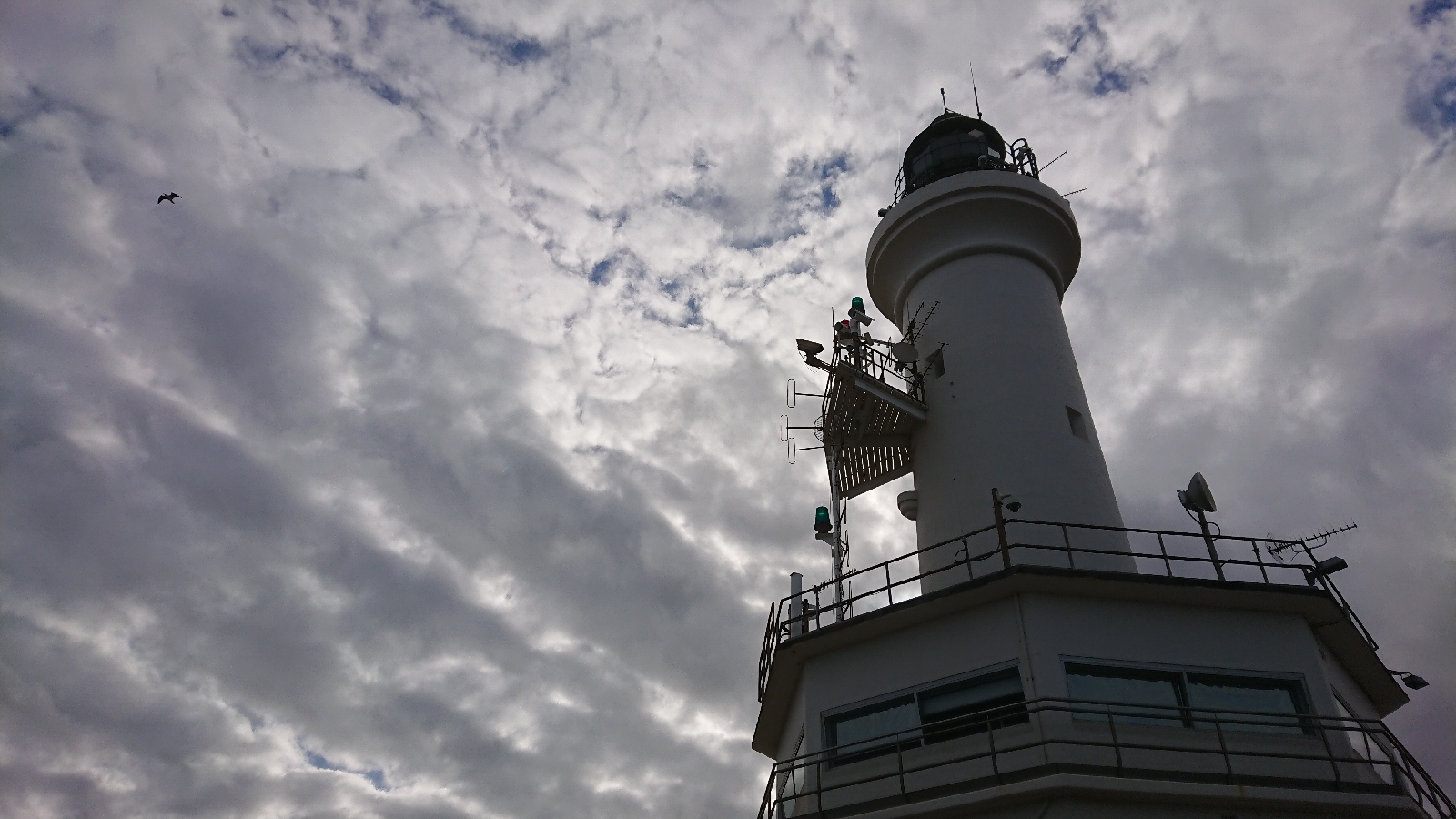 I have so many memories of the lighthouse, which once flashed white, red and green. Old concrete gun and searchlight emplacements stand adjacent. 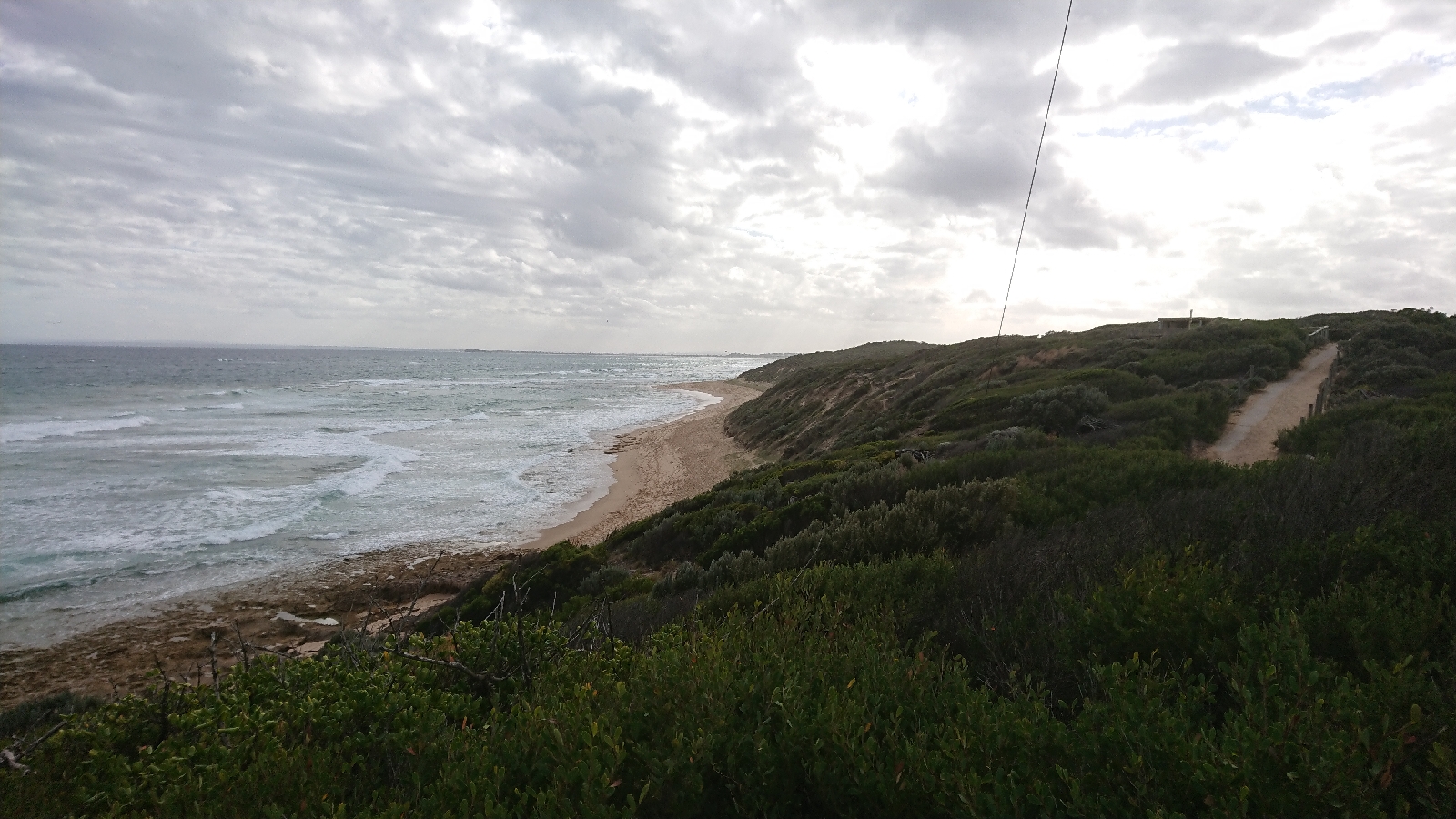 Strolling along the wooden jetty below we watch powerful waves roll in towards the shore, recall an even windier time when the crashed over the jetty itself. 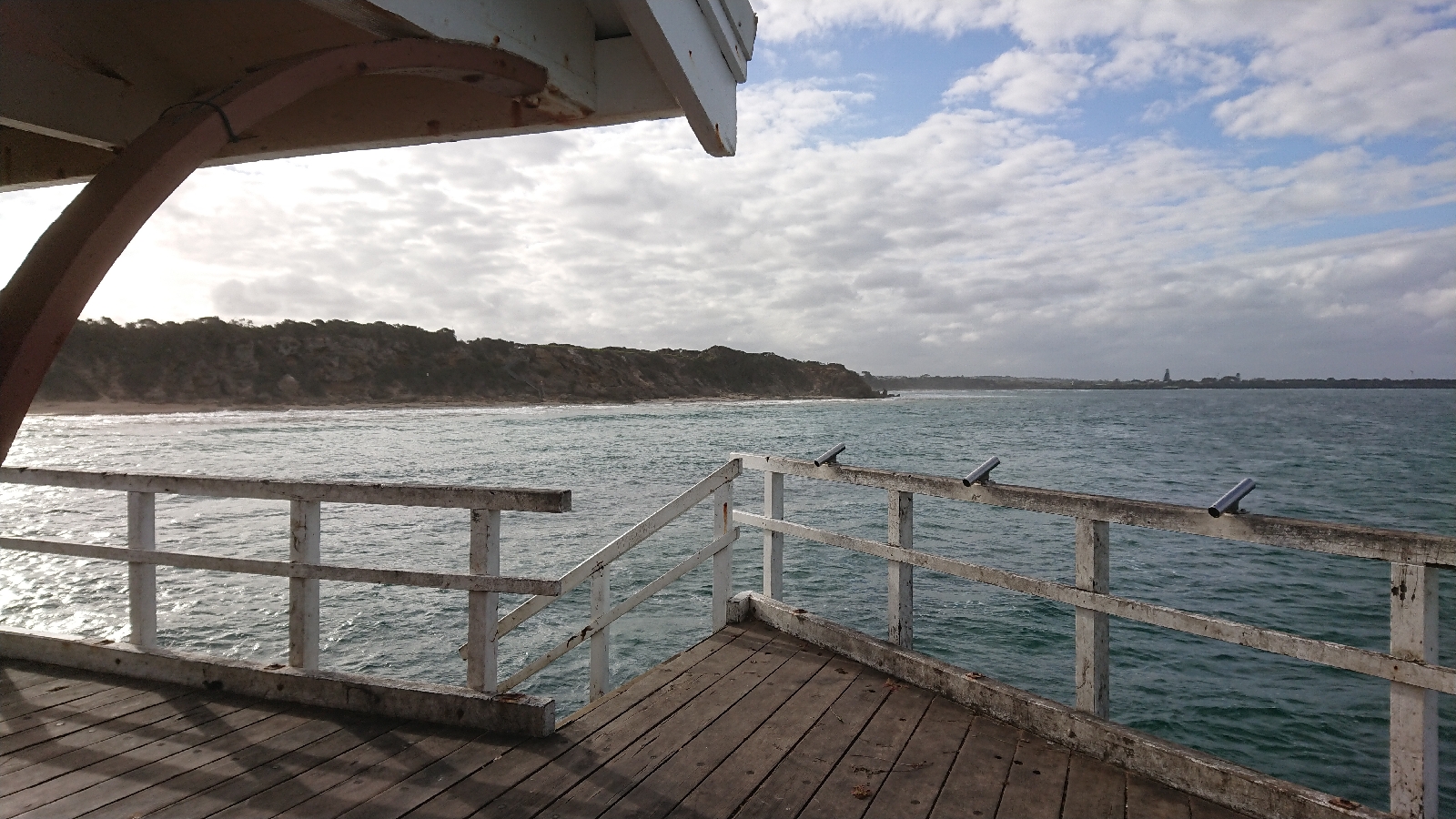 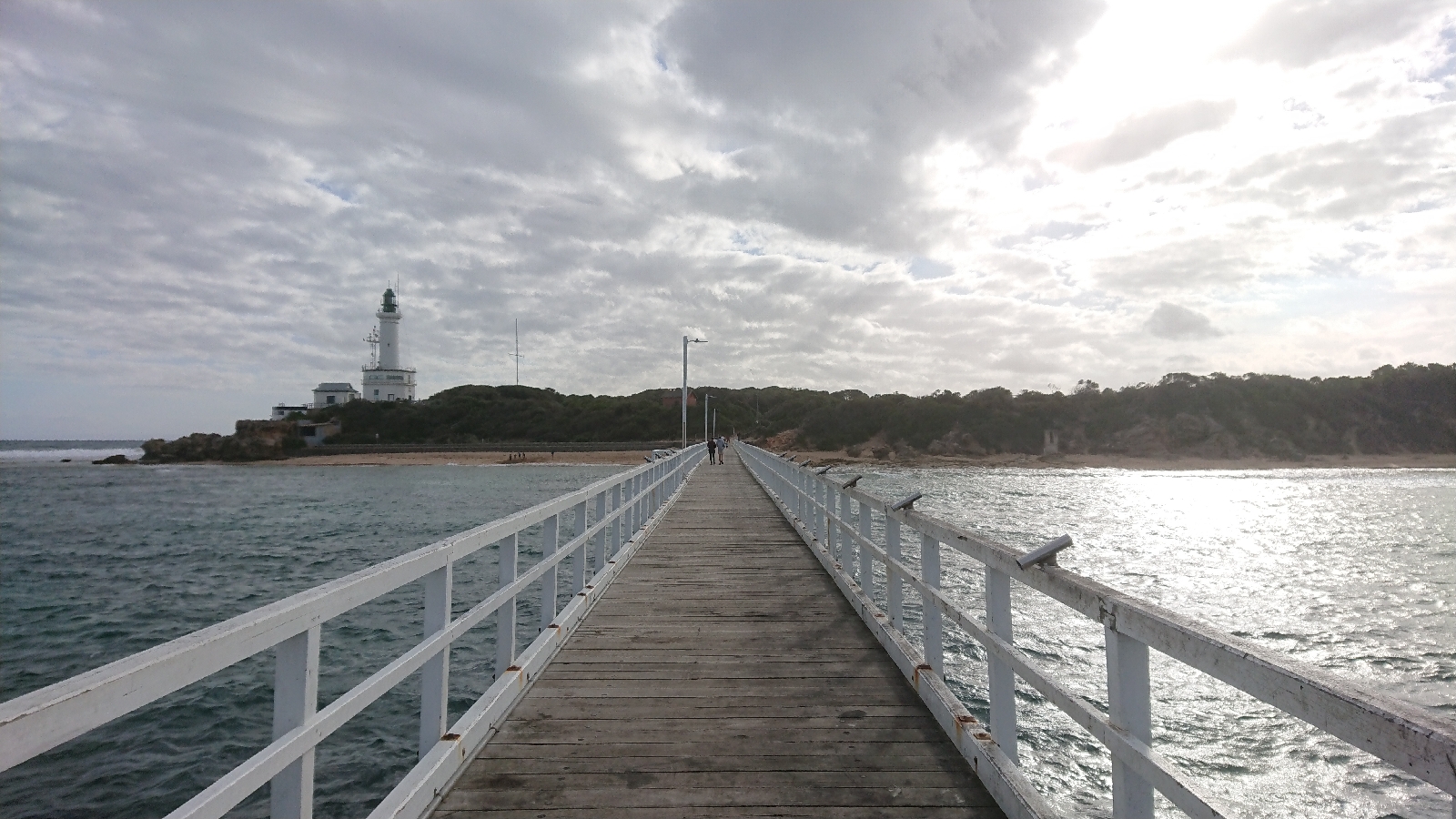 Driving back into Queenscliff, despite the cold air, we buy Scandinavian ice creams and sausages for dinner, wander along the main street and inspect antiques. An old fashioned bookstore offers a more pleasant experience than its online counterpart. 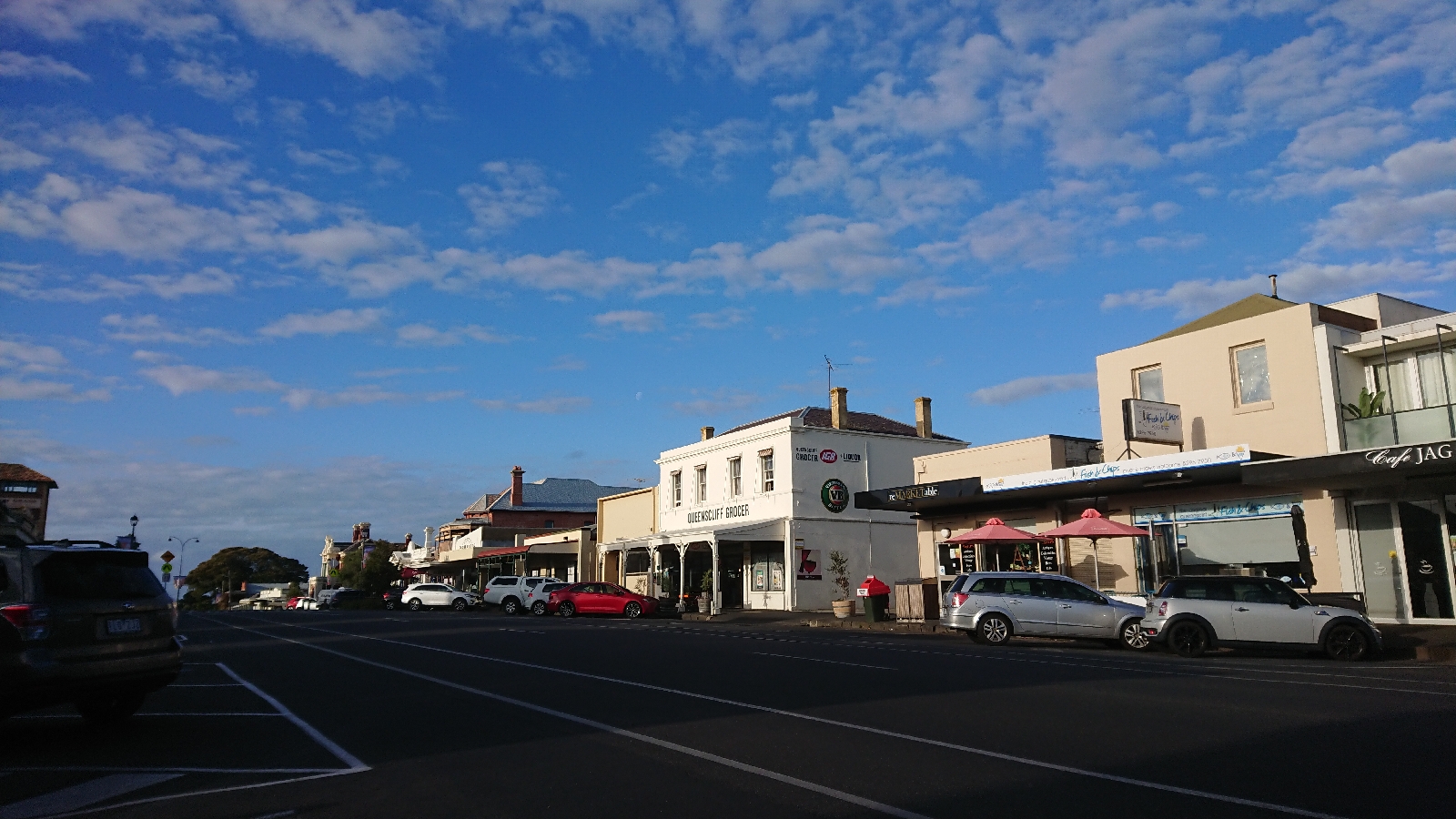 It's so nice to partake in these simple dining and shopping pleasures post lockdown, but also in quiet places away from crowds, still not trusting the safety of others with disease.
Back at the cottage I listen to pro-government propaganda pieces on a commercial television station while I cook. It would be nice to be overseas now the election has been called, to escape from the endless political inanity.
Then we put away our devices and play a card game, attempt to watch a movie and finally escape the cold under warm blankets, hoping for a day of more blue than grey tomorrow.