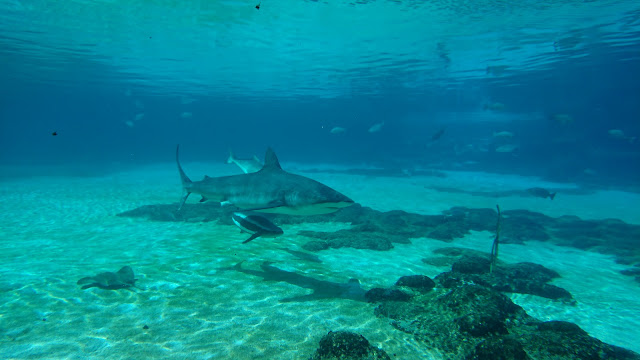 The big reason tourists come to the Gold Coast is to visit one or more of the theme parks. B and I have been to three of them, with only Dreamworld missing out. Of those Sea World is our favourite, so we decided to take Alex there.

Despite the public holidays having come to a temporary two day end and Queensland school holidays being long over there was still a big crowd at Sea World when we arrived by car. Fortunately, the queues moved relatively quickly.

First, hurry off to see the Seal Guardians show. Feed rays? No feed penguins. No queue for the Dolphin Affinity show.

The leaping, twirling sleek grey dolphins are undoubtedly the highlight of Sea World. 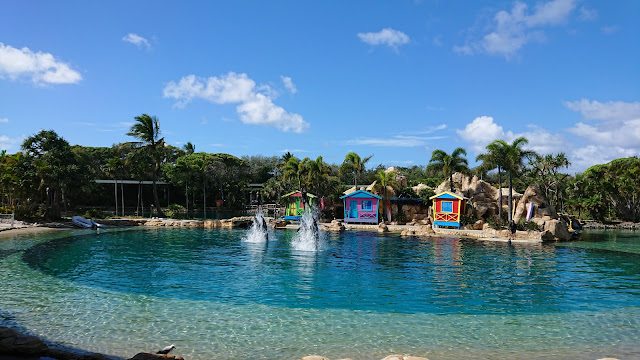 The park has changed a bit from my first visit almost 33 years ago. It was my first time in any theme park, a special treat for our family. I had my first taste of water slides, loved them. They are no more and now the kids area is just water fountains and climbing courses. I'm kind of glad because changing into swimsuits and carry around wet stuff is a pain.

It's hot and we are getting the "I want snow cone/slushy/drink refill" from Alex.

We get him one, then decide that we'd better eat as well and go up to the Dockside Tavern. When I return to the table with our fish and chips I'm surprised to see Alex chatting with a school friend from Sydney. The mum and I had been trying to organise a play day locally these holidays but we couldn't find a day free that coincided. Now, by chance we meet here!

Alex enjoyed the Thunder Lake stunt show with water skiing, BMX bikes and more. Loud, with impressive physical stunts but not up to same production standards as some other shows we've seen elsewhere.

My highlight were the jellyfish. Not as imposing as the sharks in the big tanks, as graceful as the aquatic mammals or as tactile as touching starfish and sea cucumbers elsewhere in the park. What they made up it was in there serenity, drifting in the circulating currents, reflecting the rainbow of changing lights. 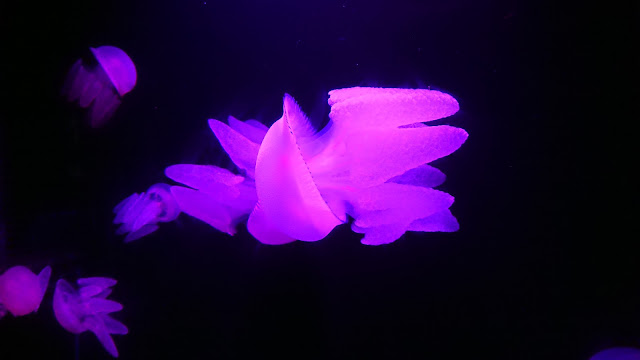 We ride the monorail, the last of the Von Roll services operating in Australia, bring back memories of the Sydney Monorail for Alex. Dating back to 1986, the year of my first visit, I had seen them elsewhere at Expo '88 in Brisbane, along with another casino service elsewhere on the Gold Coast. 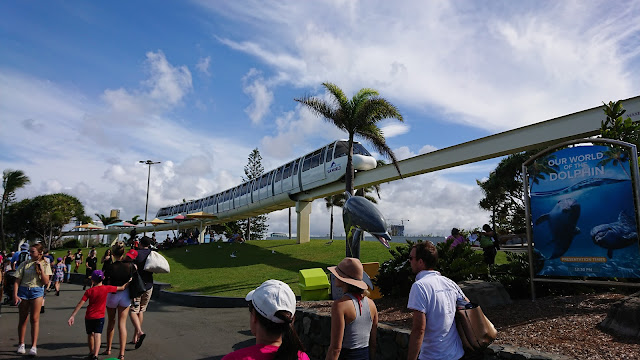 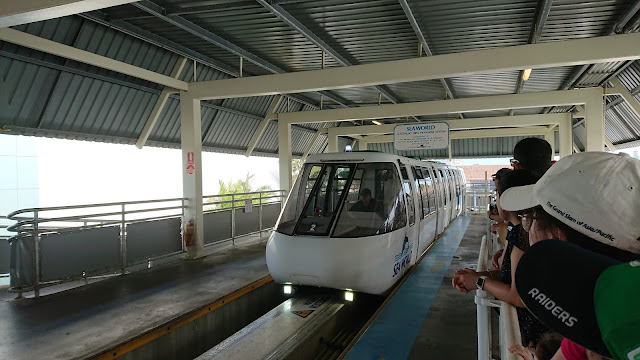 One stop is beside the now closed castle like structure of the Vikings Revenge Flume Ride, my first, and hopefully only experience on such things. I was okay until the big drop at the end of the ride, acceleration smashing against my face.

I've hated rides ever since.

Alex and B are both braver than I, but Alex only wants to try the kids rides at the Nickelodeon Area today. A couple of spinning rides, a small roller-coaster. B tries to get him on the Jet Coaster ride, but he refuses. I can't say I blame him, watching the accelerations involved. 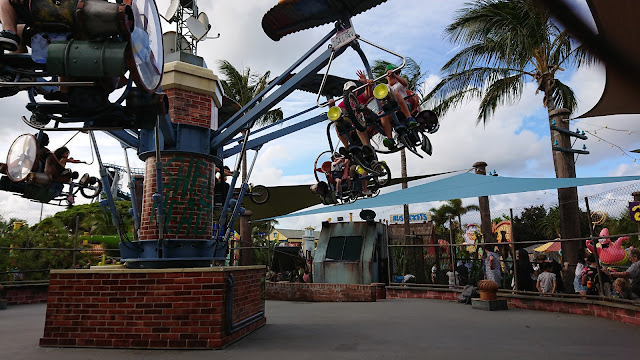 It's time to head out before the big closing rush. We return to the hotel and change into swimwear for the beach.

But the lifesavers have packed up for the day and the water is too treacherous to risk unguided. Instead we swim in the hotel pool, but Alex suffers a cramp.

He's tired, he's hungry. We walk, he takes his scooter down the Esplanade and return to the dingy corridor Asian restaurants of our first night.

While I have another bowl of excellent ramen at Hakataya, they eat Chinese. Afterwards Alex is recharged and able to scooter back, though only after I've stopped at a convenience store to try bottle of Iced Vovos favoured milk, which actually does taste like the jam and coconut biscuits.

I'm surprised how awake and alive Surfers Paradise is on a weekday evening, but it doesn't feel like it should be any other way.

That's it for our stay at the Gold Coast. Tomorrow we head south back to New South Wales.