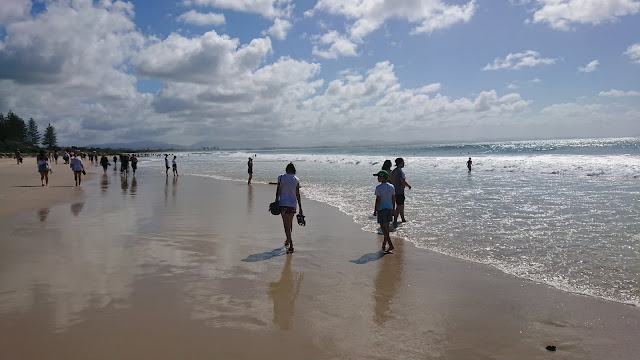 The folk in Byron Bay live on a different astral plane to me. My plane either uses jet fuel or mathematics. Theirs? Not quite sure, which is why I don't exist there.

The drive from Coffs Harbour to Byron Bay was very pretty with some bucolic scenery along the Clarence and Richmond rivers.


These were also the stretches as yet unbypassed by the motorway and as such, slow and limited by roadworks.

The level of effort in rebuilding the road for fast travel is most impressive, as visible from the new stretches. Yet it is a pity that the same cannot be said of the railway.

Back when I was at university I would head back from trips to see the family in Central Queensland by catching the bus from Brisbane to Murwillumbah across in NSW, then the XPT train to Sydney. I remember passing Byron Bay and the bar at the station was still loudly alive despite it being the middle of the night.

Sadly, the line now only goes as far as Casino and the derelict Byron Bay yard is now the domain of bin chicken ibis. 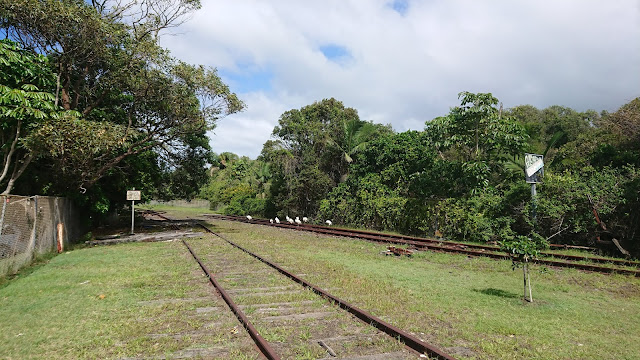 A little further up there has been a rail revival with a private solar powered rail motor travelling a couple of kilometres between Byron Bay and a resort, but the fact that there is no rail service from the capitals to this town is testament to a lack of country rail vision on the part of NSW. This hippy backpacker town is one that would surely attract train riders.

The town is crawling with hippies and hipsters, yuppies, and puppies, backpackers and ferals from Australia and beyond. There's a market by the beach where sarong wearing oldies gyrate to young tattooed folk singers and I feel entirely out of place as we lunch on Persian and Mexican wraps. 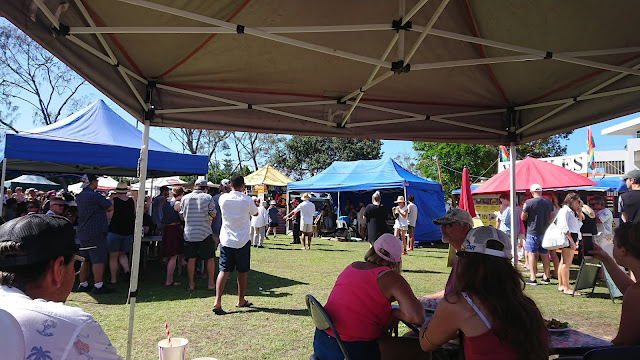 We intend to continue onwards to the Cape Byron Lighthouse at the Australian mainland's most easterly point, but decide it's too far. Instead we join the beautiful people at the beach.

Watching the pale blue waves crash against the long sandy shore stirs memories. I can imagine walking along here alone on a beach devoid of other visitors. 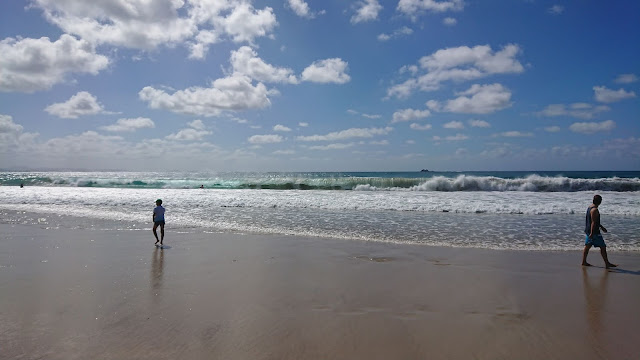 We are not alone. Just hot.

Heading back to the car we continue our journey to Surfers Paradise, crossing the border into the Queensland.

Our hotel is stylish and modern, far trendier that the motel we left. The Gold Coast is thronging with people. Locals and tourists on hired electric bikes. There is a market along the Esplanade, selling the same old hippy junk as at Byron. 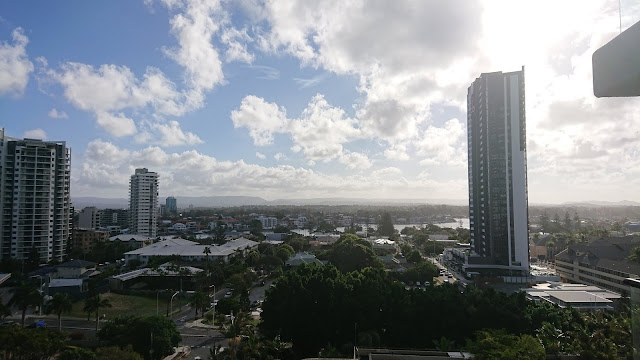 Alex and B have a swim in the crashing ocean while I watch on, nursing my stinging cuts. 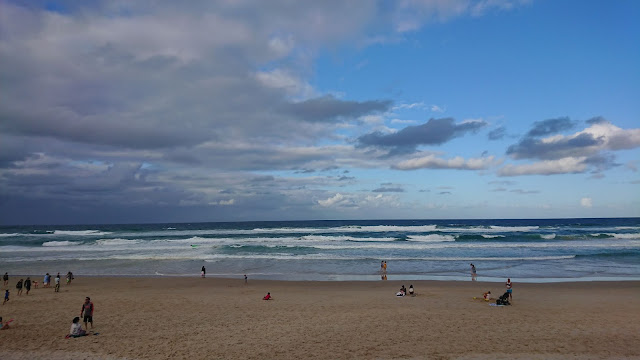 When we head out for dinner later the Japanese and Korean restaurants have queues, the Chinese much emptier, but we end up eating western fare while the moon rises above the sea, giving the clouds in front golden outlines. 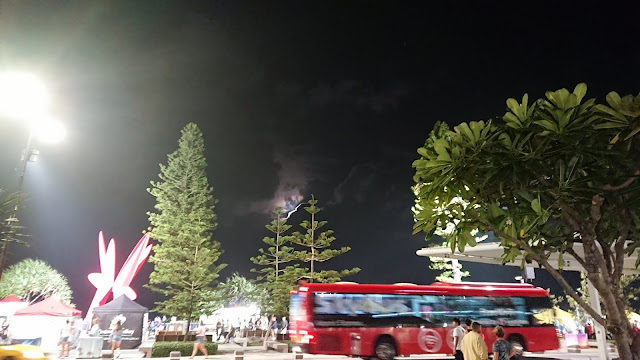 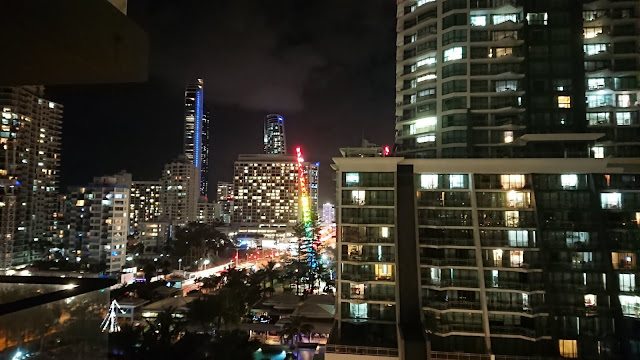 I'm tired of driving and I look forward to catching the trams that run outside the hotel instead. It's time to relax.