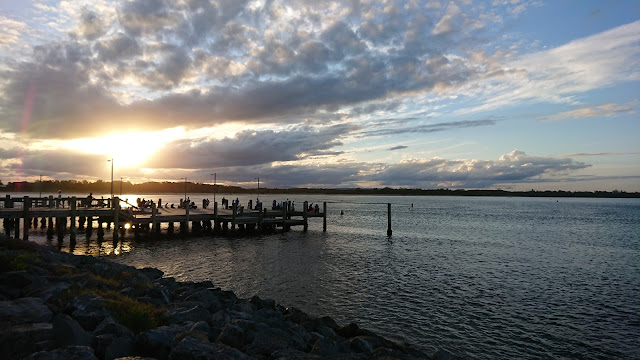 Before we depart the Gold Coast we take one last walk along the beach. Alex scoots along the Esplanade, I spot a Scoot plane descending towards the airport. 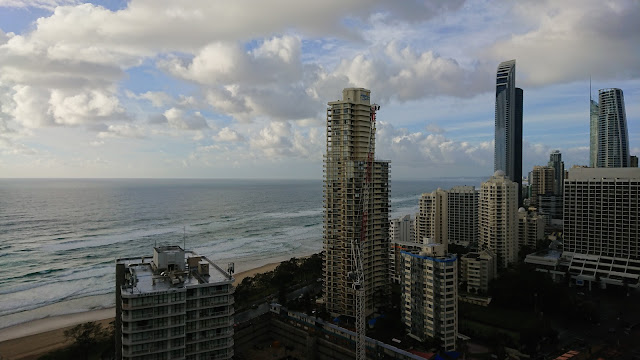 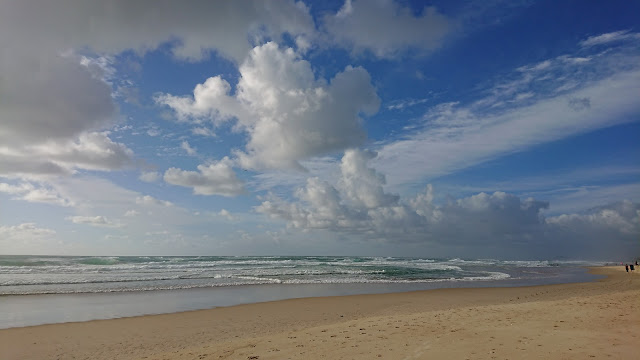 I spot a couple of bluebottle jellyfish in the sand, large shells and a crab scuttling along. 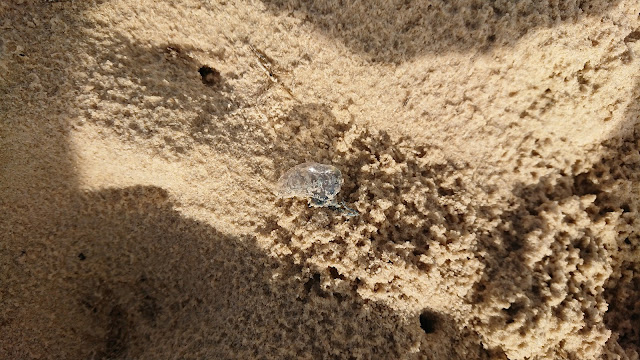 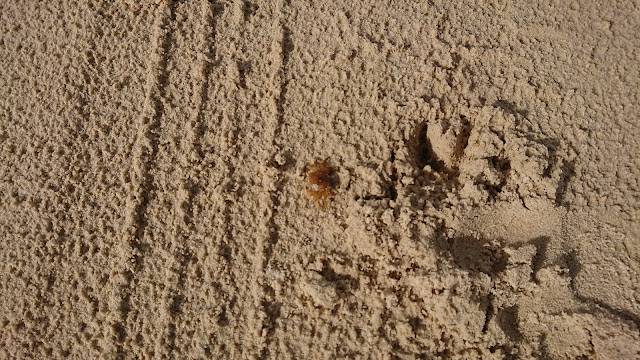 For the second day in a row we eat breakfast at Montmartre by the Beach. Then we return to the hotel, collect our car and begin our journey home.

The Satnav sends us back via a convoluted route, but we eventually make it to the motorway. I've set a waypoint of a tropical fruit farm, but after the earlier mess I don't follow its instructions and we miss the turn-off. It's too early anyway.

The return drive is much the same as the way up, but we don't turn off to congested Byron Bay. Instead we have a quick lunch of KFC at Grafton, crossing the magnificent steel bridge across the Clarence River.

We decided not to drive all the way back to Sydney today and break the journey in Port Macquarie.

As we approach the town along the Hastings River we spot a little shop and restaurant selling fresh seafood. So we stop to buy B some fresh oysters. 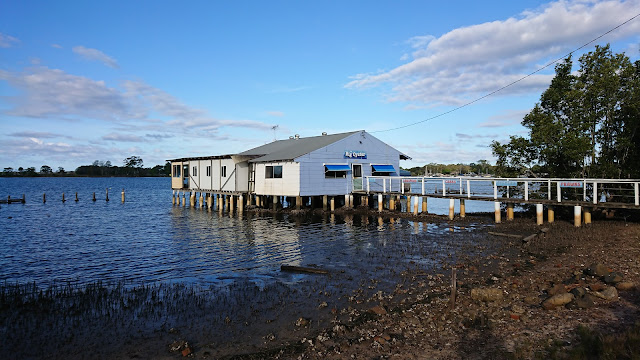 Fortunately the weather is much nicer today than the downpour on the way up. After checking in to the hotel we take a pleasant walk with Alex on the scooter along the waterfront in the evening light. 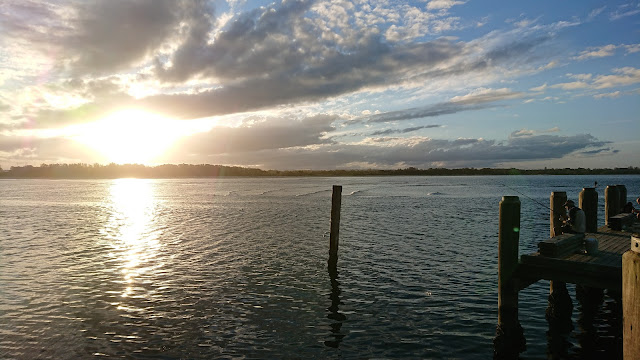 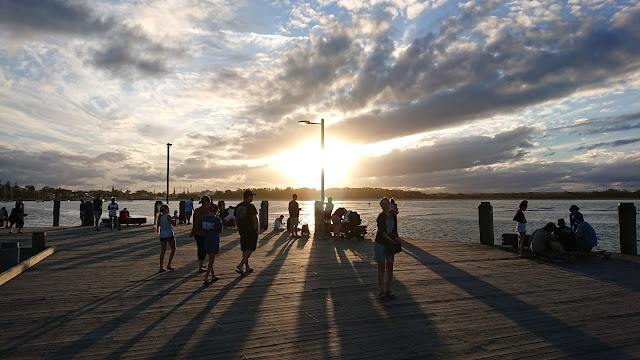 Many of the breakwater rocks are painted, memorialising lost loved ones, celebrating families, advertising clubs. Fishermen dangle lines from the rocks and the wharf, families stroll, kids play in the skate park. A small boat jumps over the crests of the big waves coming in through the channel as it heads out to sea. 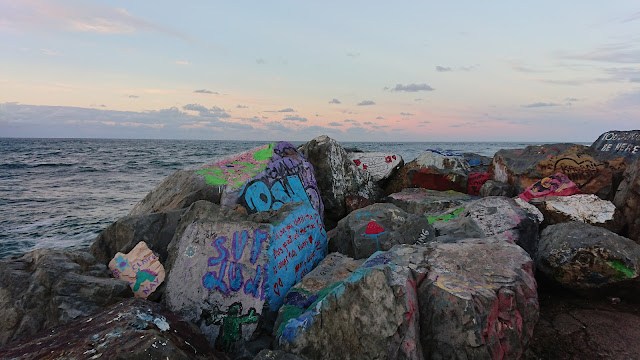 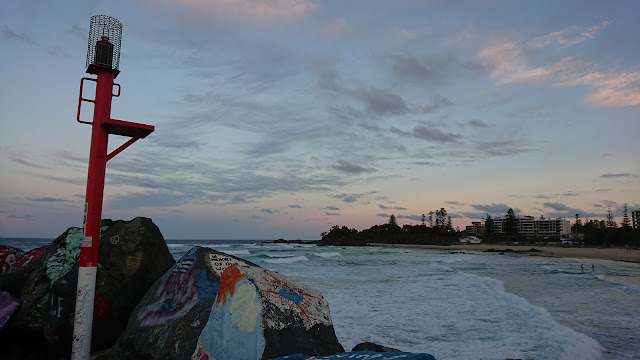 As we walk back the sky explodes into a stream of black specks as colonies of bat's head north for a feed. 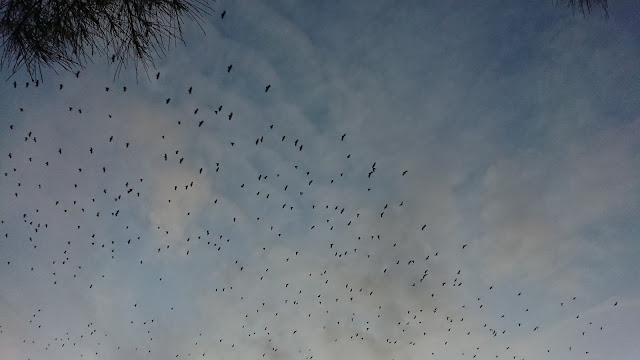 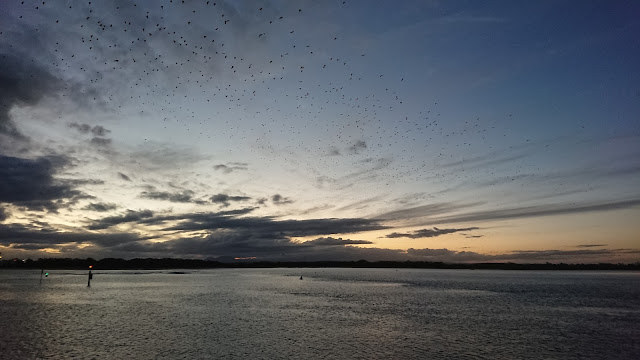 We dine in the same place, Chop 'n' Chill, as we did on the way up, enjoying their fish tacos again and trying the roti prata, which lacks the chewiness of the roti canai that we love, but is a still tasty meal in it own right. 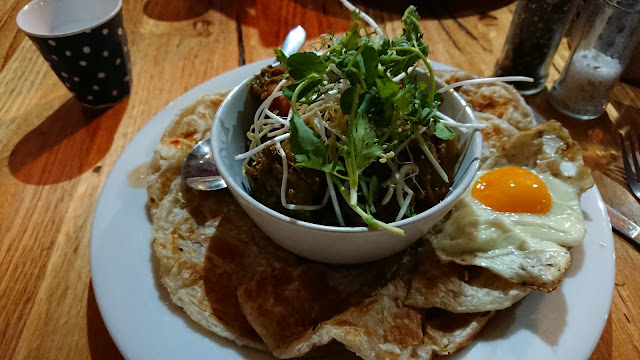 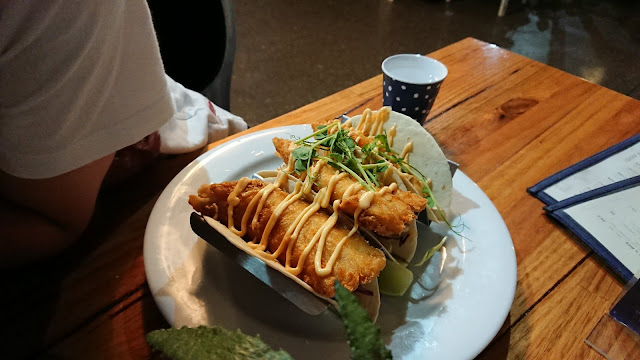 On the main street we had popped into a delightful little toy store on the main street called Toytopia. I rarely see dedicated toy stores in Sydney, but these country ones are full of dreams and memories. From educational electronics to model railway tracks and kits, Star Wars figures, Lego and so much more. I wanted to be a kid again. Yet all Alex bought a was a nameplate.

Now, on the way back after dinner all the shops were closed, the sky dark and minds and bodies tired. A chance to spend one last night together in a hotel before the final drive tomorrow.