Though it was a pretty good flight yesterday I couldn't wait to be on the ground. Maybe it's the colour red, maybe it's a cold and lack of sleep, or maybe the amount of flying I've done is finally catching up with me.

We walked out of the house into a cool foggy morning and caught the bus and train to the international airport. As we had only carry on luggage, had checked in online and preprinted our boarding passes we went straight to immigration. By straight, I mean joined the long queue of fellow school holiday passengers.

After brunch at McDonalds and some Duty Free browsing (mainly Alex playing with display iPads) we eventually joined B's Mum and her friend at the gate. Thanks to our essential travel accessory (Alex) we were amongst the first to board.

I'm glad that Alex between us in our row of three seats by the window as they are very narrow. There's no entertainment save some tablets you can hire on board. We had phones which I had preloaded with games and movies.

The fog was long gone and there were brilliant views of the CBD and Olympic Park as we ascended toward the northwest. The great walls of the sandstone ridges of the Blue Mountains were visible and then we passed through a layer of cloud that mostly hid the land below until at last we hit the red desert of the Australian interior.

Alex was handed his kid's chicken hotdog meal first. Though he'd chosen it online he didn't want to eat most of it. After a very long wait, the rather slow cabin crew handed us our chicken satay and nasi lemak meals. I've eaten the nasi lemak before and it's not bad, but the satay was rather dry and I realised how much I was waiting for the real thing on the ground.

The scenery outside was beautiful in that start Australian desert way. Red sand and white salt lakes, fractured landscapes of grey and brown. I couldn't look away. Everytime I did I felt queasy at the slightest shake, though the flight was very smooth.

After crossing the Australian coastline north of Derby there was nothing but sea until we reached the islands of Indonesia. We crossed right over the spectacular volcano Mount Rinjani on Lombok, a blue lake in its caldera.

As we closed in on Singapore high cloud appeared and the seat belt lights were switched on and stayed on for the rest of the flight. Our descent into Kuala Lumpur was a very long affair and I suspect we were kept in a holding pattern for a while.

The reason for this was a huge storm. There was lightning, rain, and turbulence. Scary, uncomfortable and spectacular at the same time.

As we finally dropped down towards the runway the magnificent golden light of the tropical evening Sun illuminated our way.

This was our first visit to KLIA2, the new airport terminal that replaces the horrid shed of the old Kuala Lumpur International Airport Low Cost Carrier Terminal (what a mouthful!). The new terminal, which opened but a few months ago, is already scuffed and worn. It also involves very long walks. I can't say that I'm at all impressed by anything except that it's big.

At least immigration was friendly (involved fingerprints) and it is connected by the fast express train into the city. We then caught a taxi to the hotel, where we were upgraded to a family suite. The ride was through heavy rain, but brought back memories for the oldies.

Alex and I returned early, exhausted, and he had a hot bath in the spacious bathroom. Then an early night, for here!

After yesterday's stormy flight I'm wary of catching an afternoon turboprop flight to Johor Bahru. Even thinking of hiring a car...

I'm finding that the whole doing everything on the phone business doesn't work so well, especially handling the photos. So these entries may look a bit different to normal and lack links to photos until we get home. 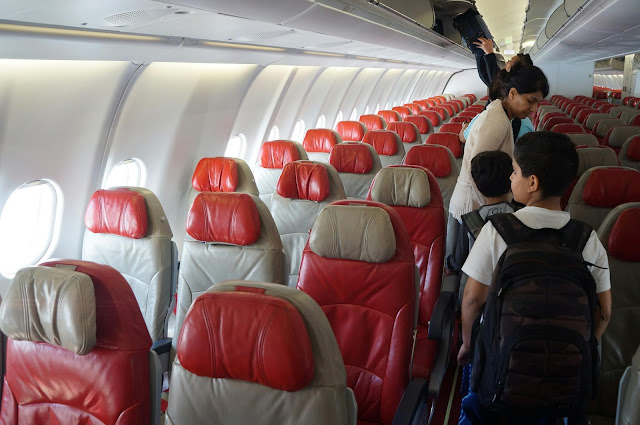 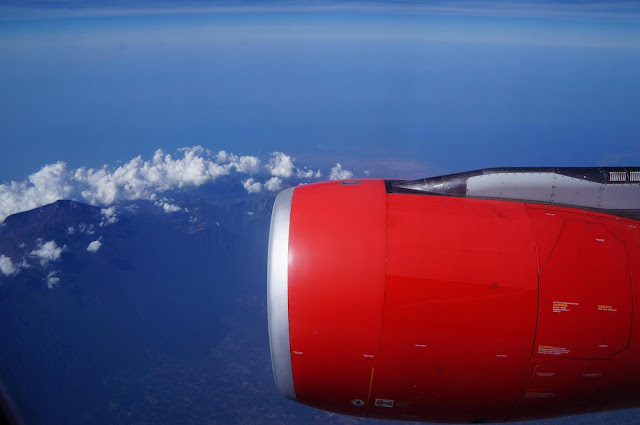 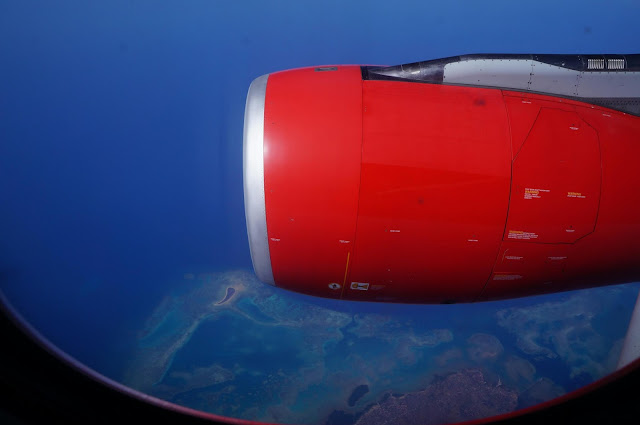 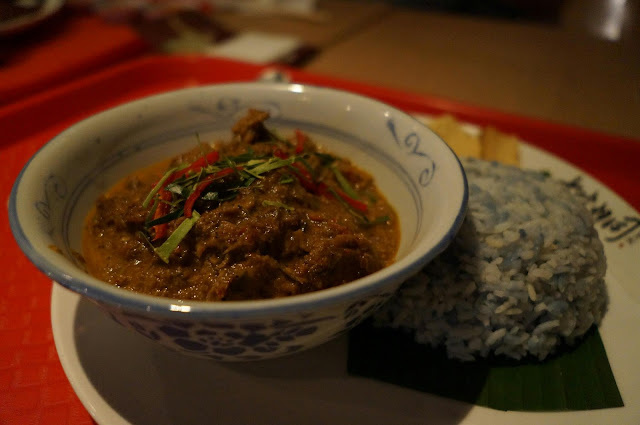 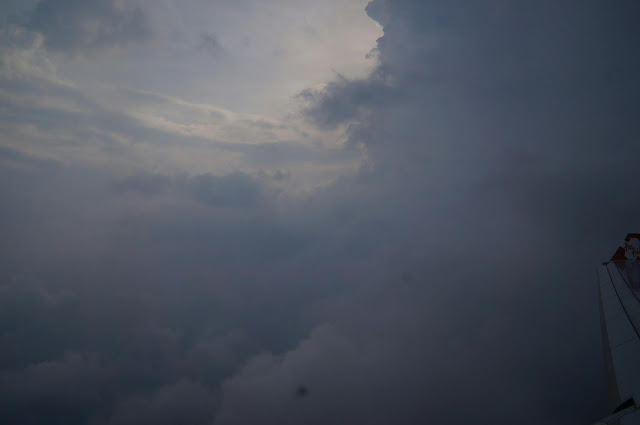 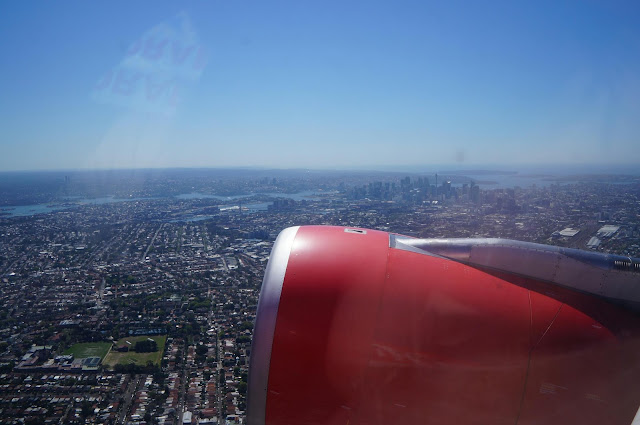 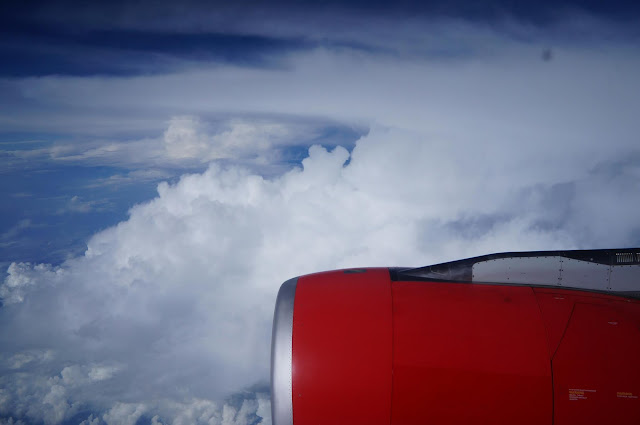 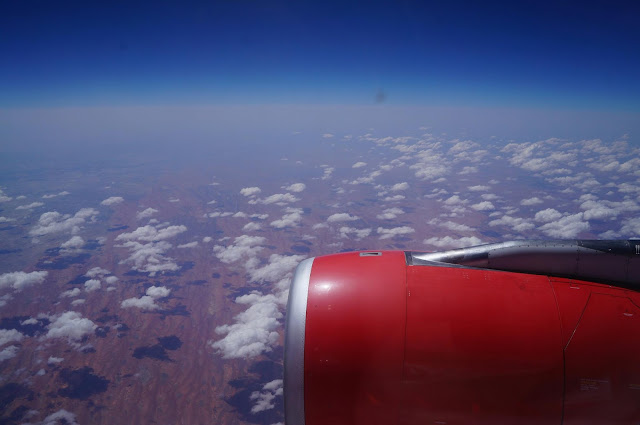 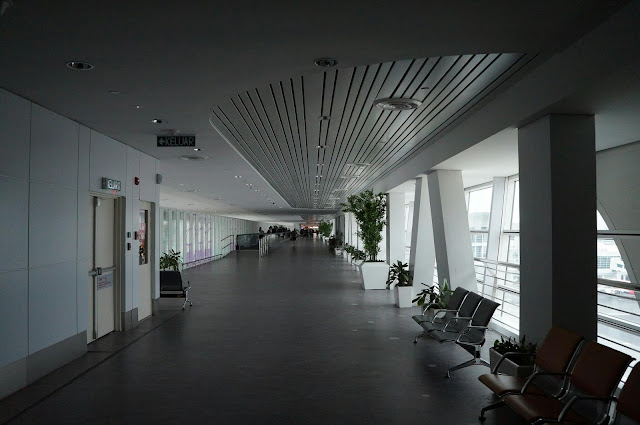