The science of Canberra 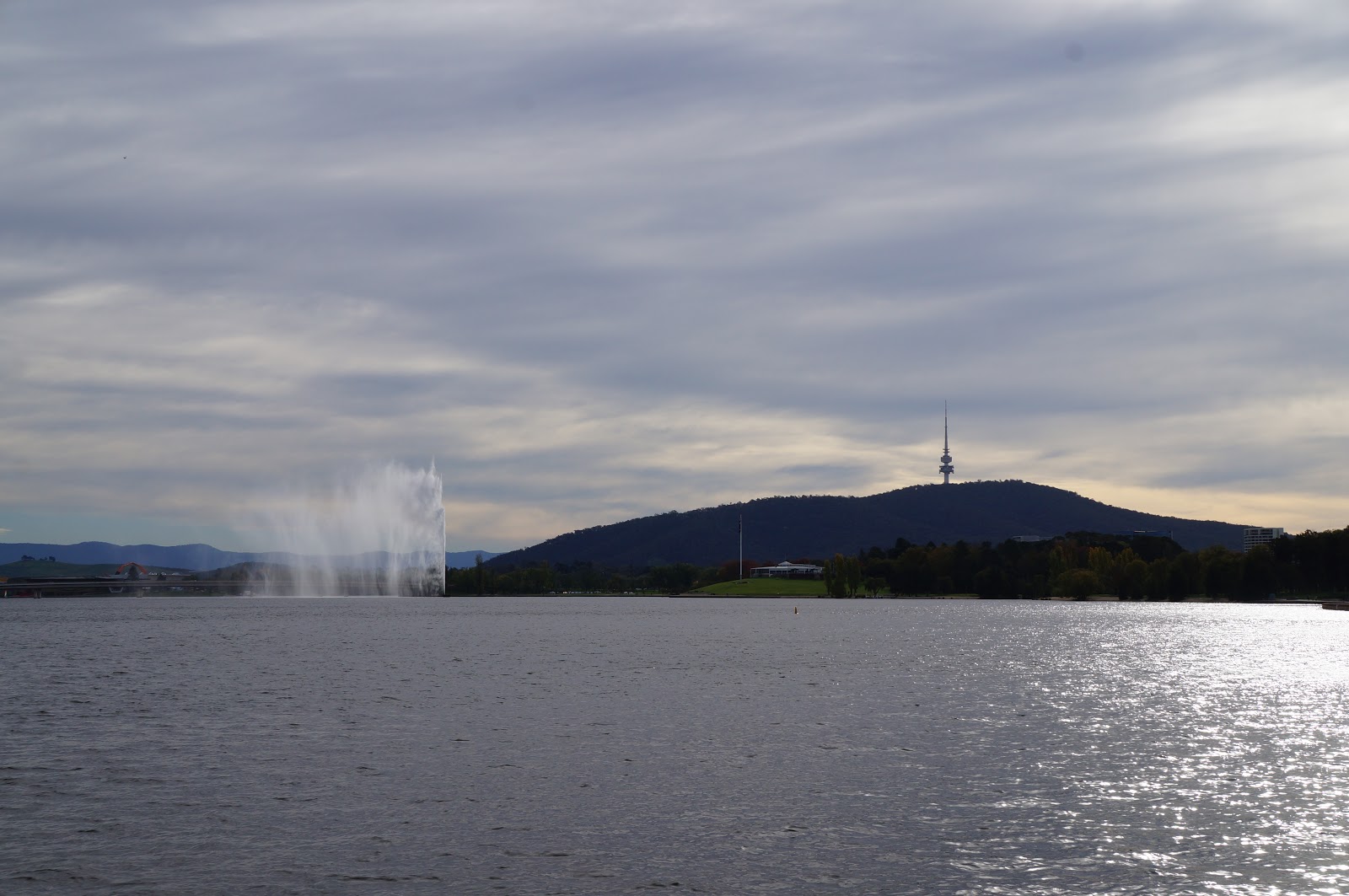 What do I do on holiday but go to work, of course!

Just for something a little different during these Easter school holidays we decided to pop down to Canberra for an overnight stay. We drove down on Tuesday morning, stopping at pretty Berrima for a tasty lunch of meat pies at the award winning Gumnut Patisserie rather than suffer McDonalds at the Sutton Forest service centre, like most do.

Alex was so excited to be staying at a hotel, though it took us a little while to find the Aria. It's a friendly place and the rooms had a bit of character with a nice view of the area. We had brought Alex's bike with us, so we drove to the lake, hired bikes for B and I. The quality of bikes had much improved since we last hired, they were now equipped with gears.

Not Alex's, as he is still on training wheels. Despite that, he managed to cycle all the way to the chiming bells of the Carillon and back. The view of silvery skies and Black Mountain Tower silhouetted against the shimmering lake by the late afternoon sun was very scenic. Then there were all the colours of autumn. There is no doubt that Canberra is a very beautiful city. 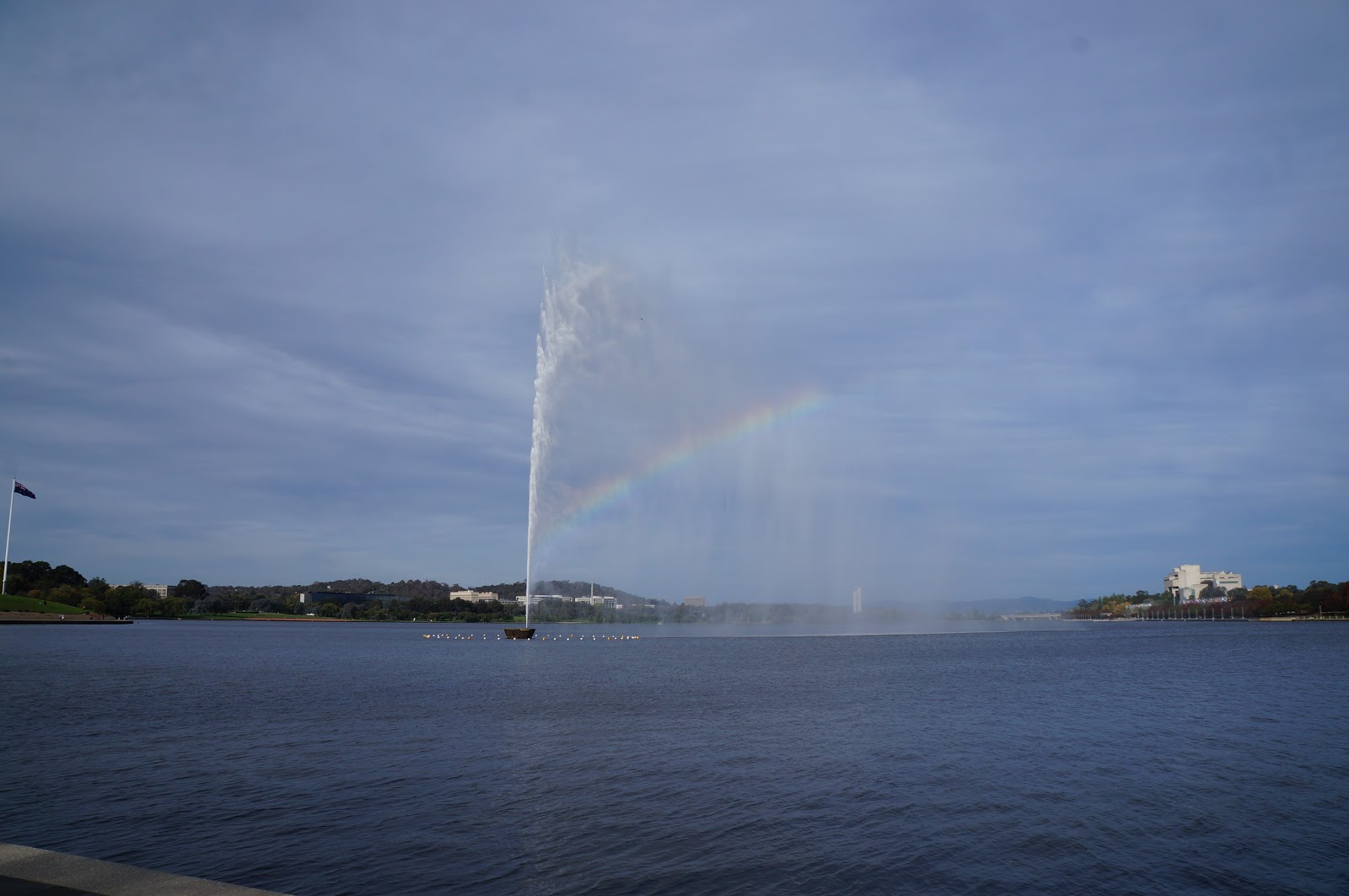 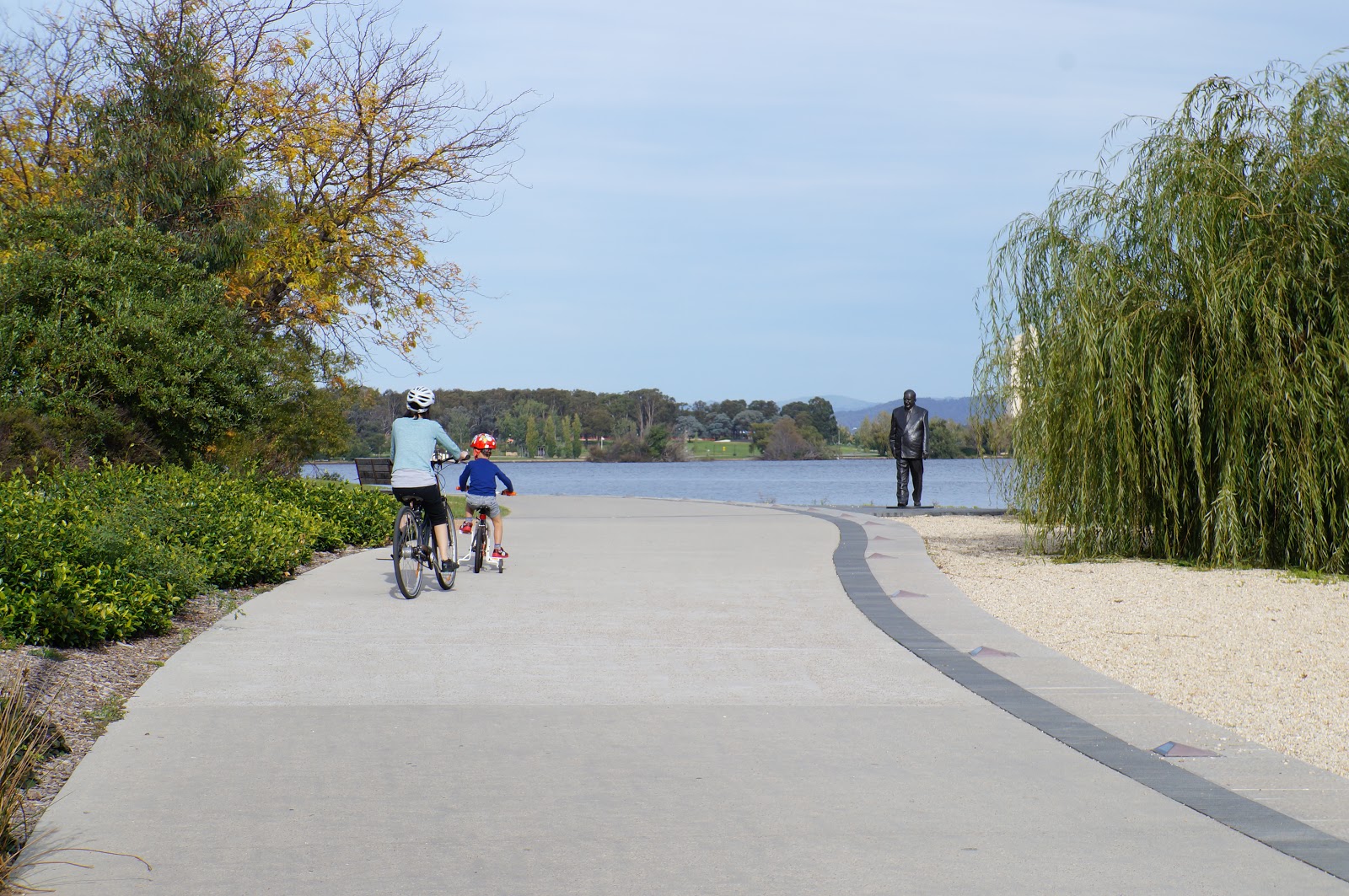 It was about four o'clock and I thought we could squeeze in a bit of a look at the CSIRO Discovery Centre. I think B found it surprisingly fun, as did Alex. Buttons to press, touch screens to operate, turbines and levers to generate electricity, robot arms to control and microscopes to peer down. It was nice to share work with the family, though with the staff it was sharing the pain of looming job cuts. 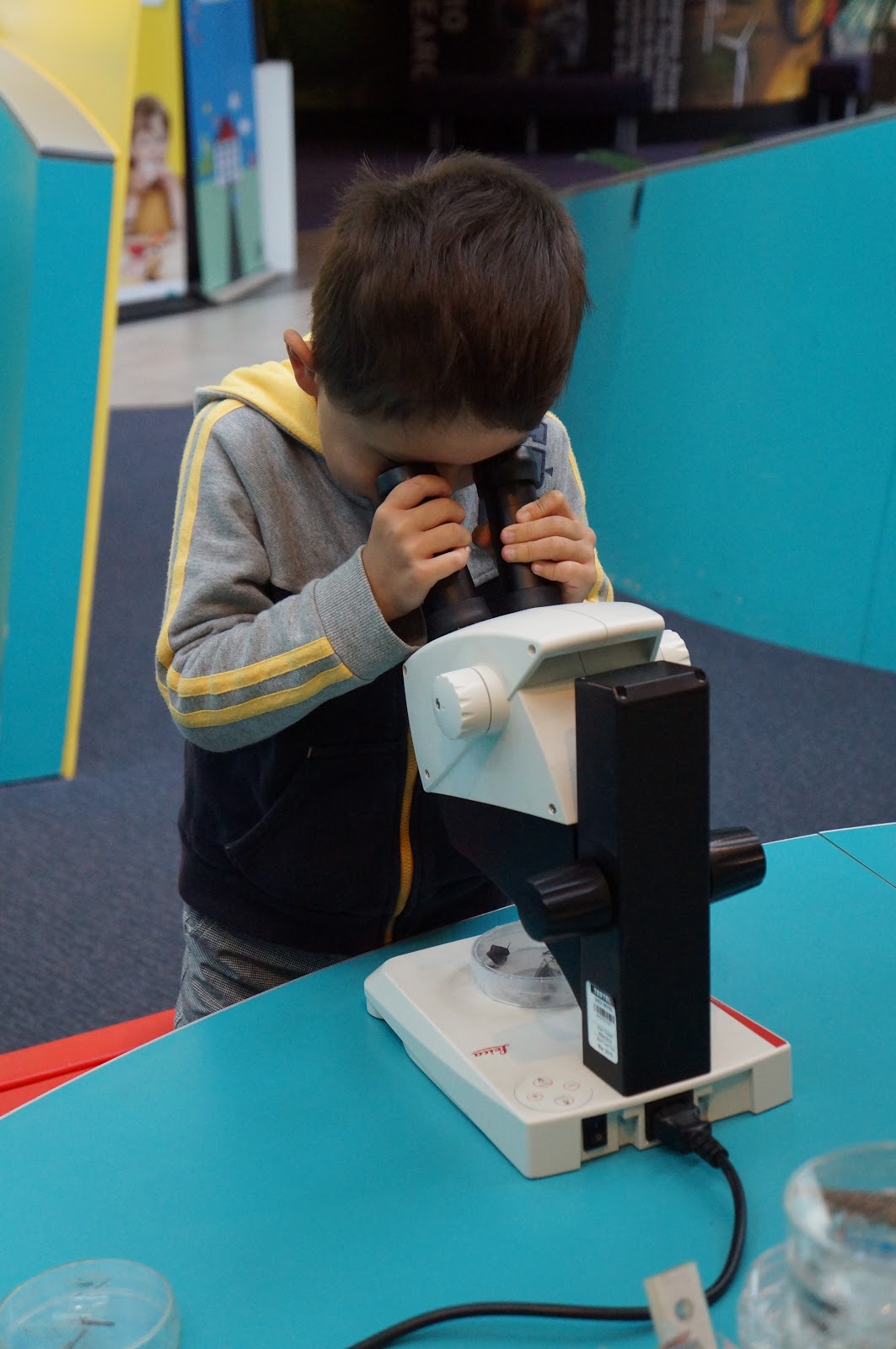 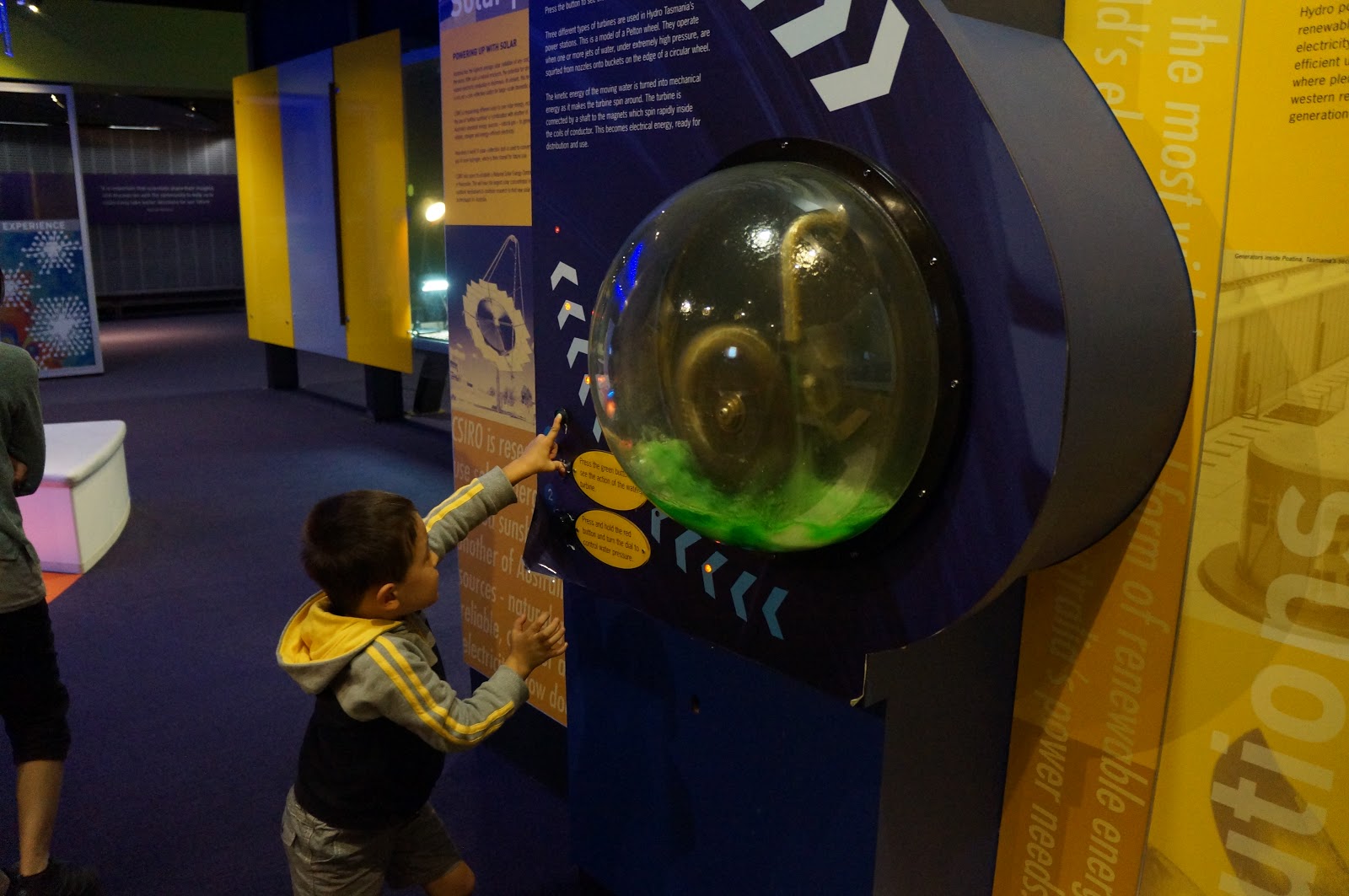 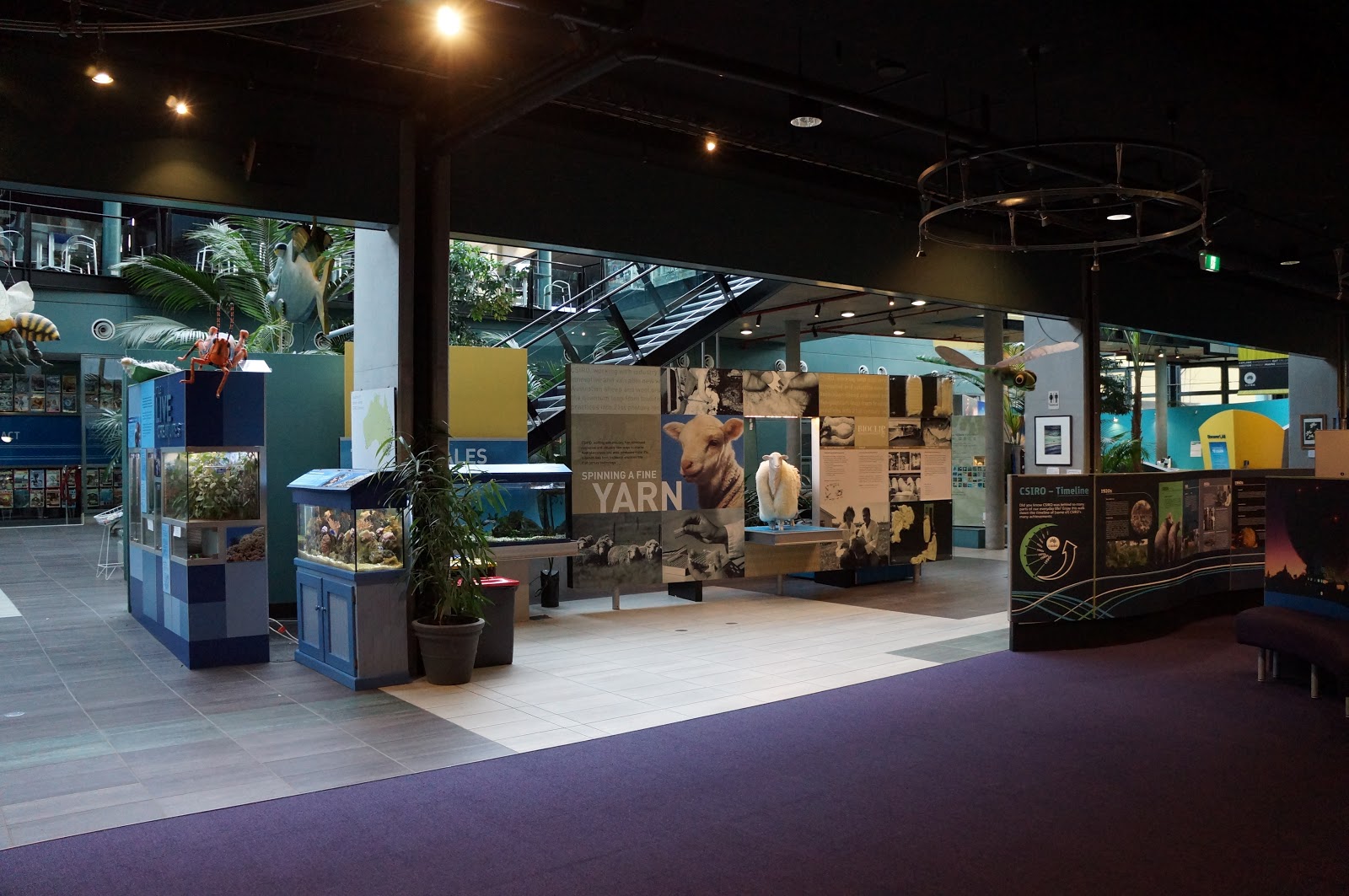 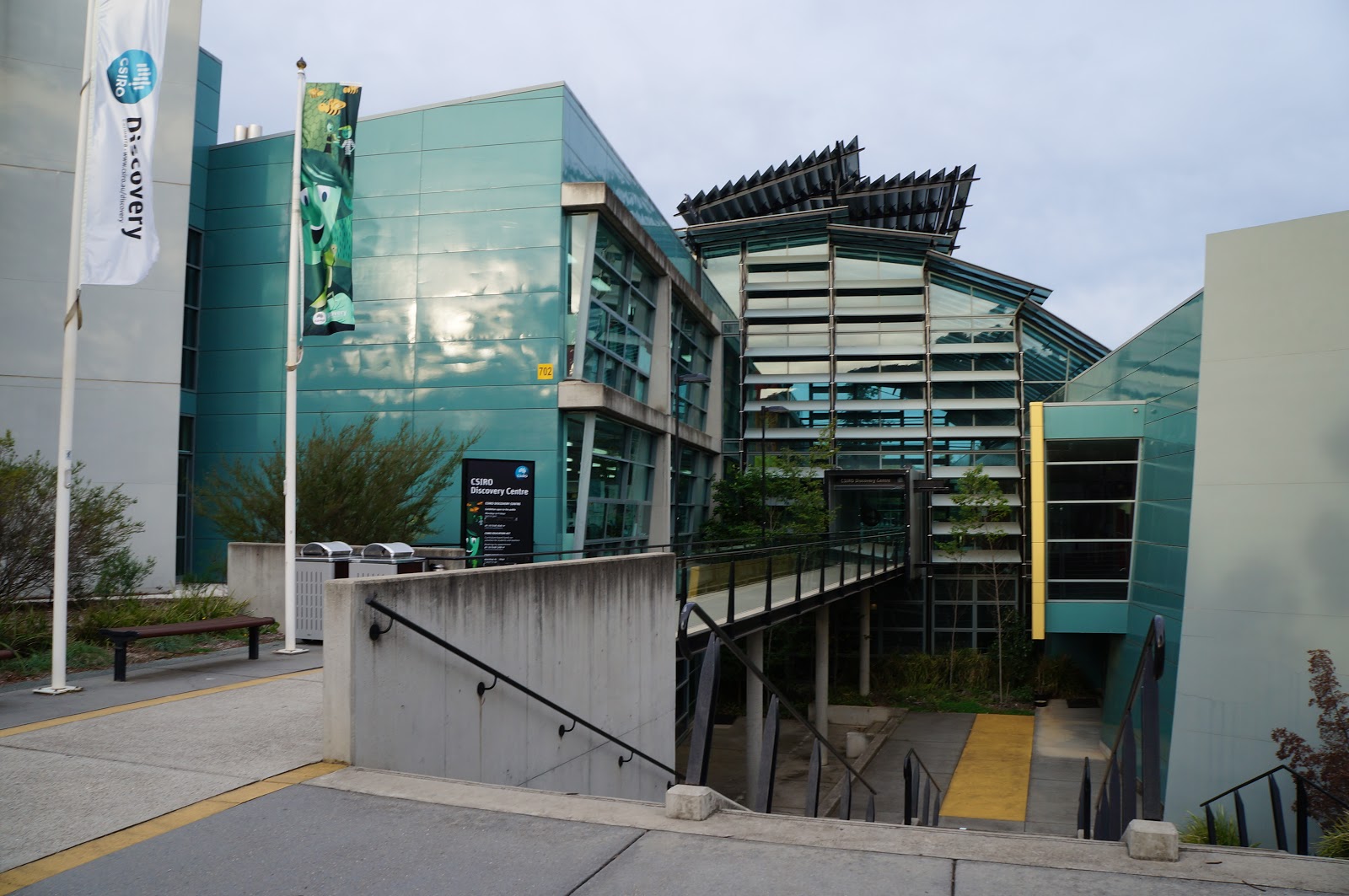 It was a short drive to the Canberra Centre, which seems quite classy. We found it funny to go shopping at Zara, considering how many times we've done that on overseas trips.

Met up with a colleague friend and her family for dinner at Papparich. Despite not being particularly impressed by their branch at Chatswood I really enjoyed our meal there. Alex knew exactly what he wanted: Roti canai and prawn mee, though we stuffed up the order of the latter and got assam laksa instead.

He was so happy back at the hotel, singing in the shower, pretending to be a waiter for the hotel room notepad and sharing our bed.

The next morning, after a breakfast at McDonalds in Dickson (Alex told the car to go there), we met my friend again at Questacon for another dose of science. Despite no tesla coil and earthquake simulator for the moment, the displays were fantastic. Alex went wild pressing, poking, prodding, turning, measuring. It's even better than I remember it a couple of decades ago and is an excellent place to take a kid. 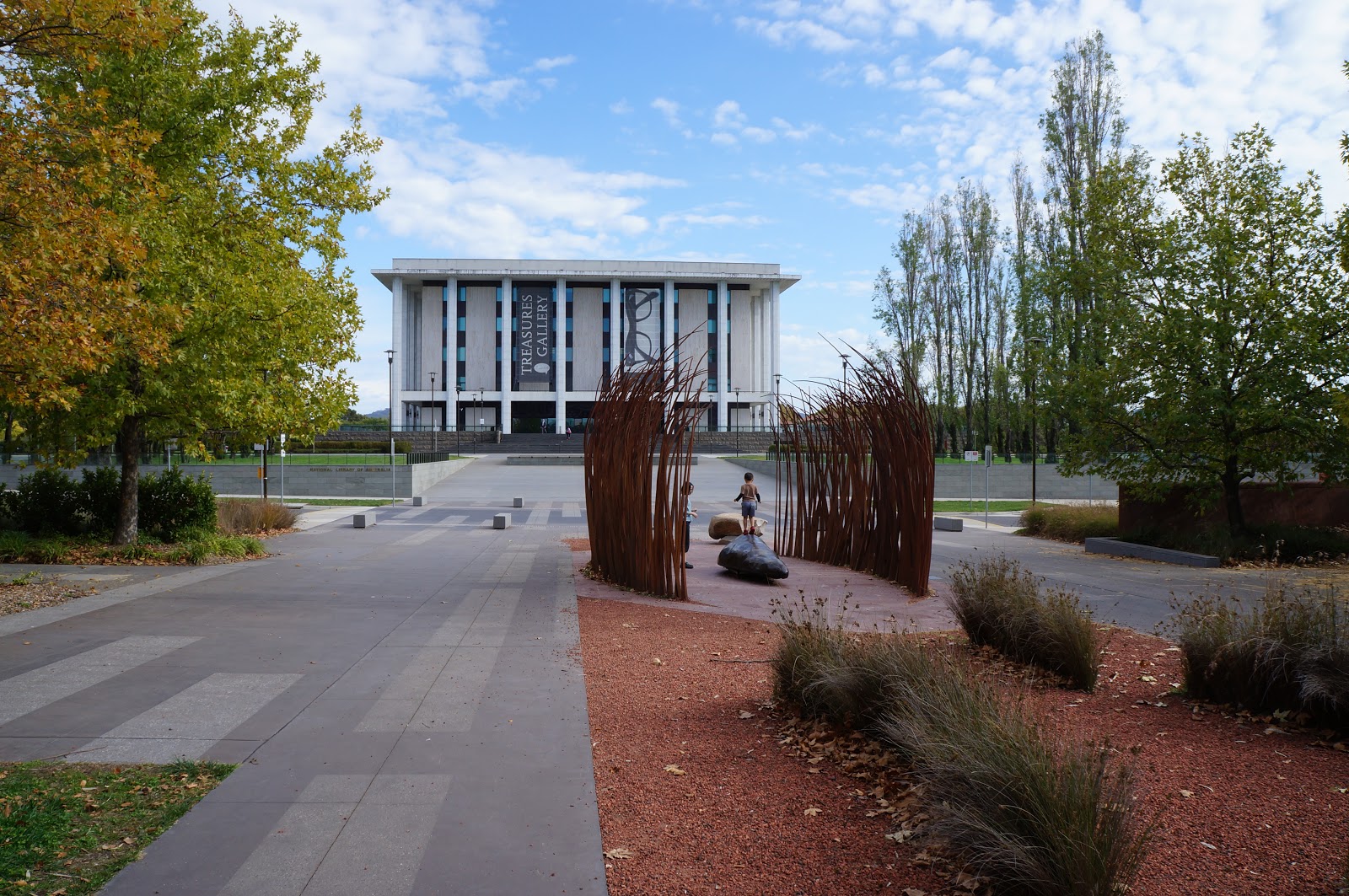 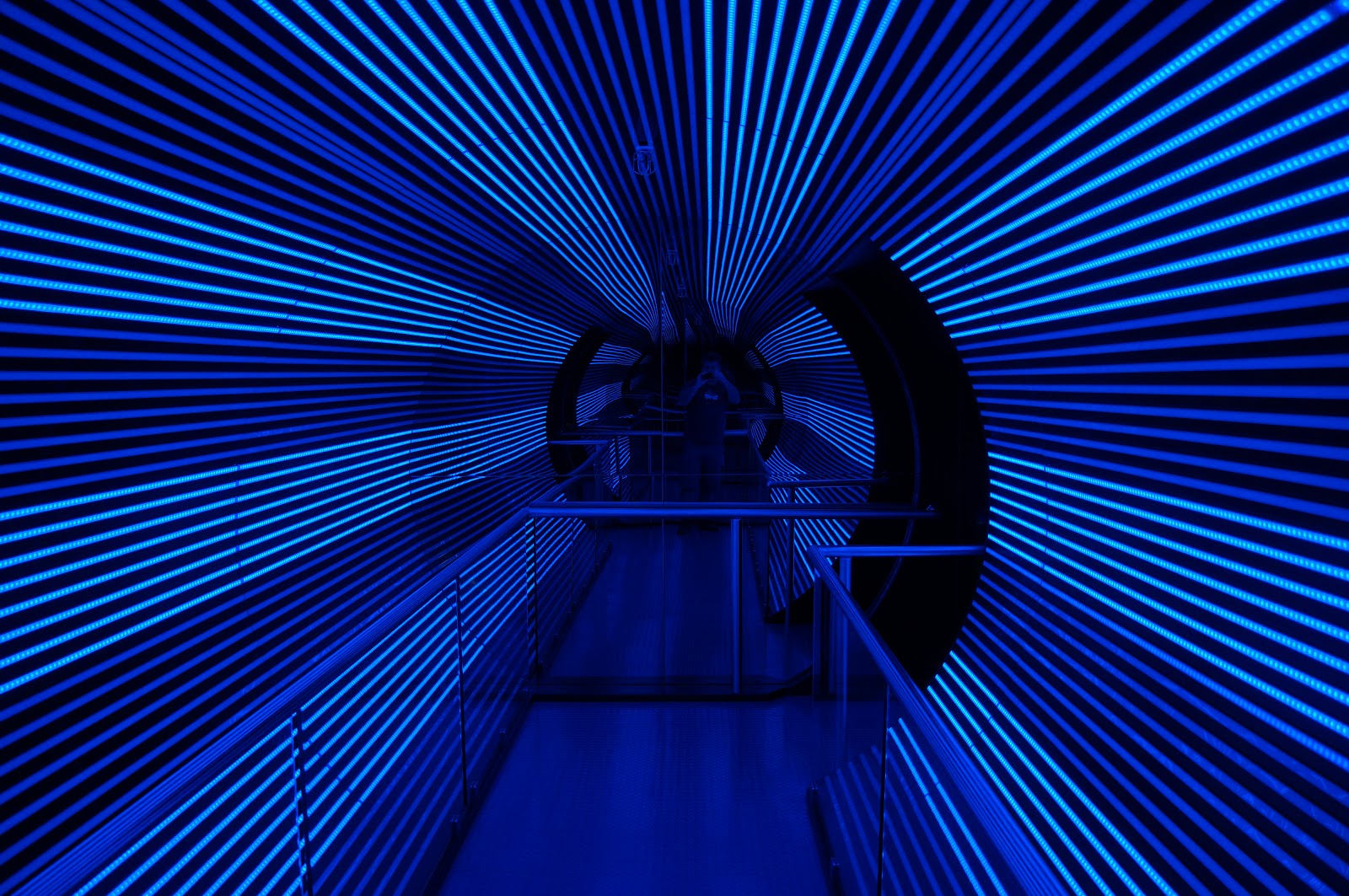 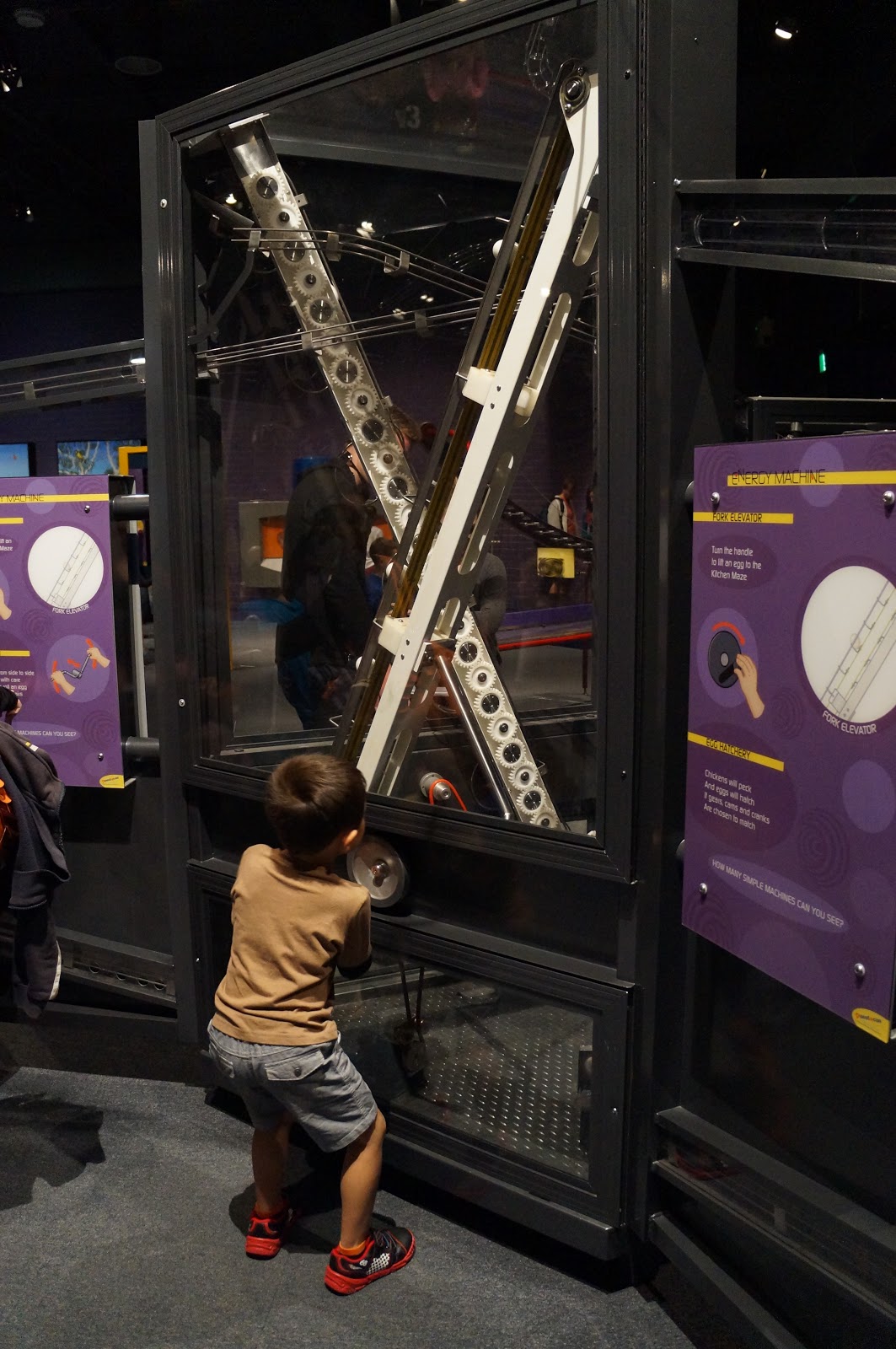 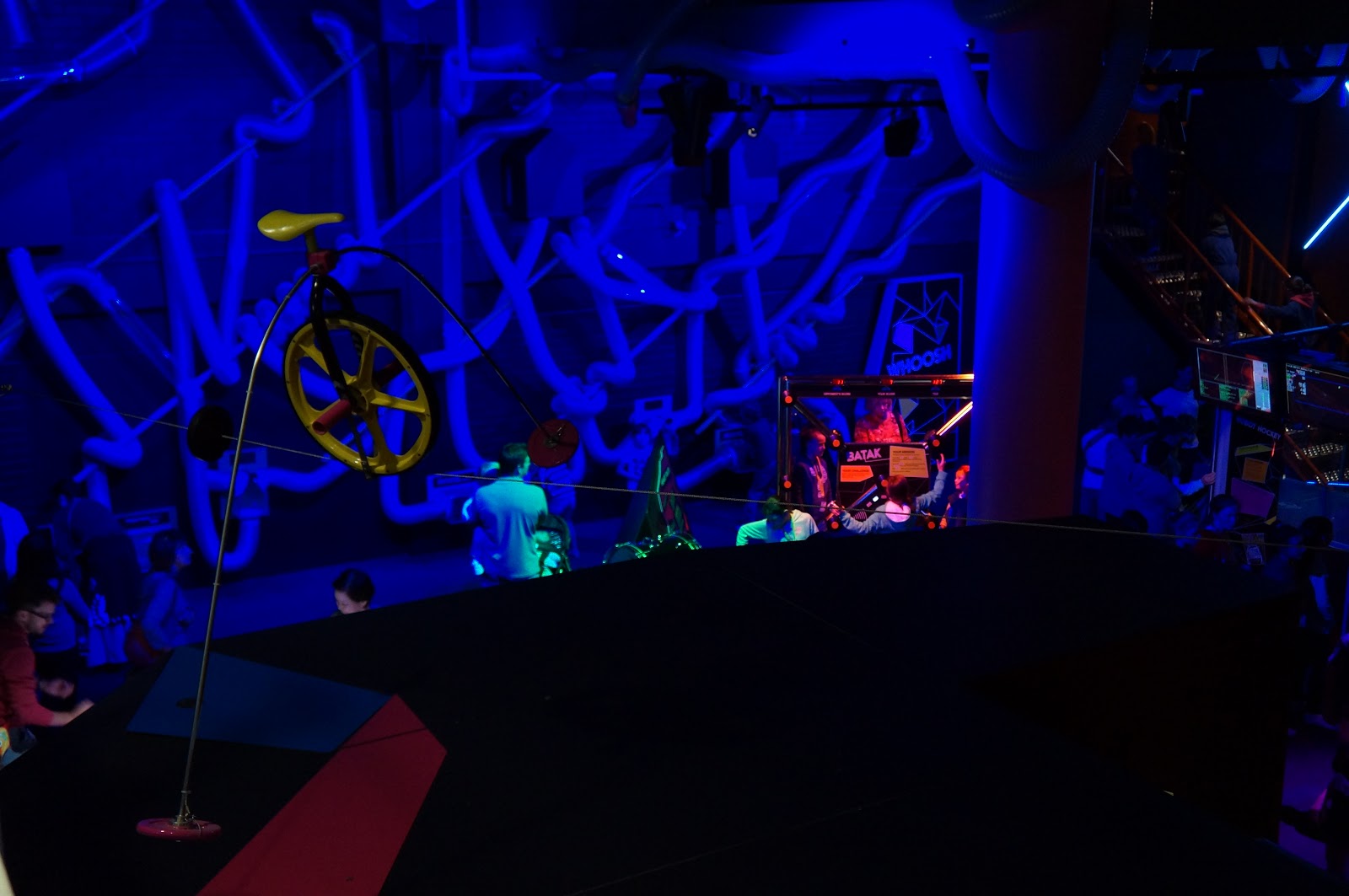 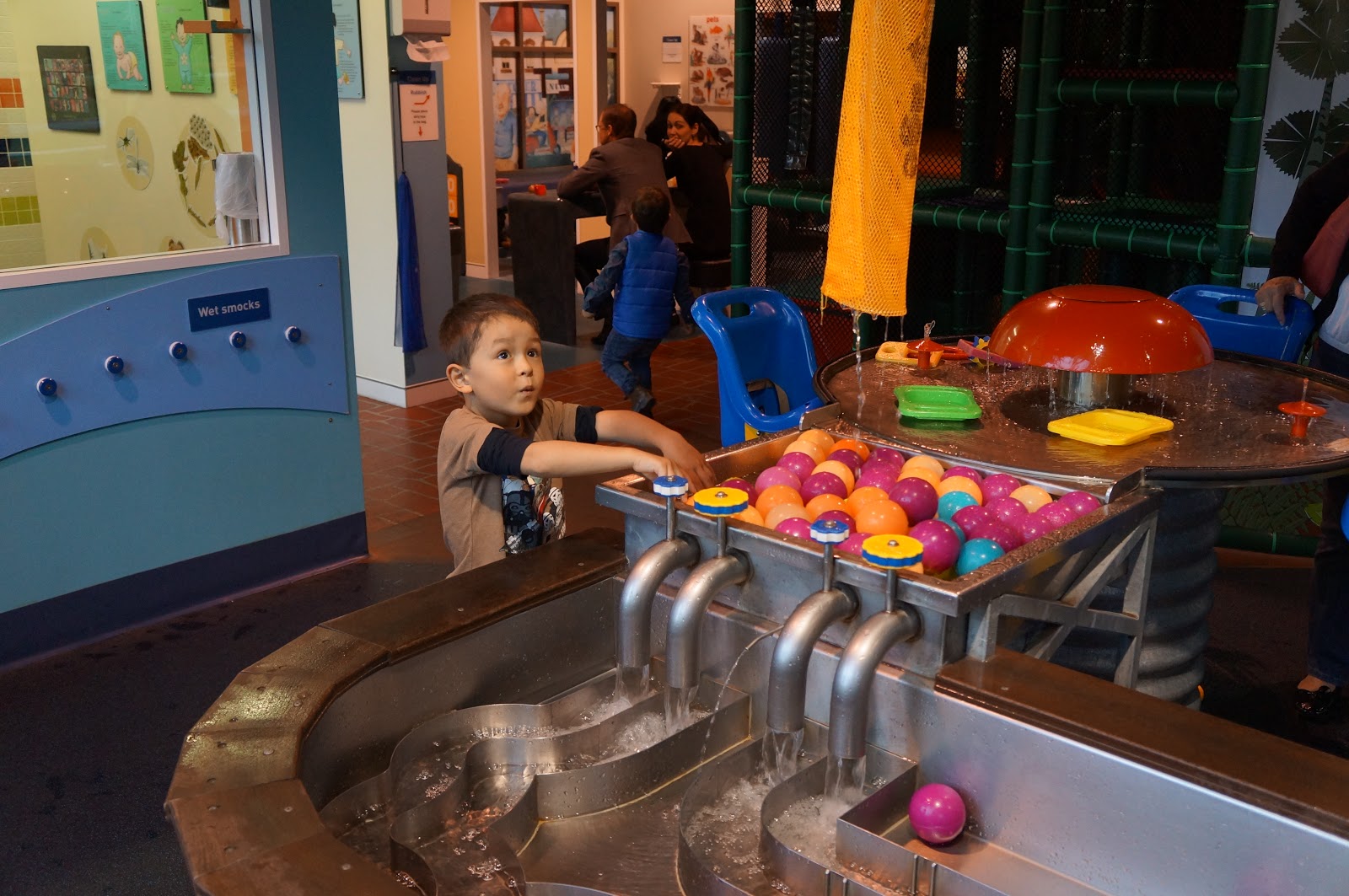 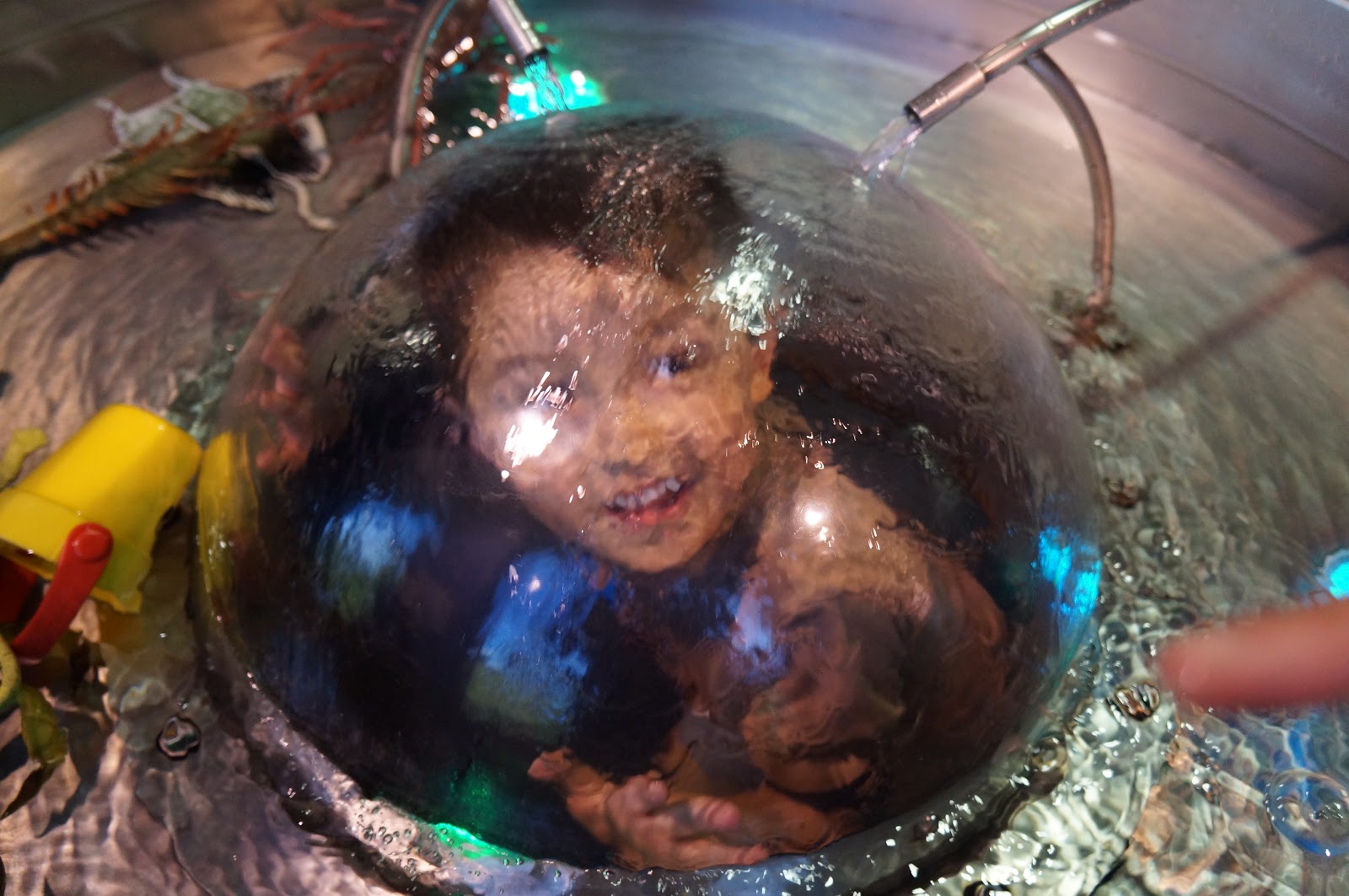 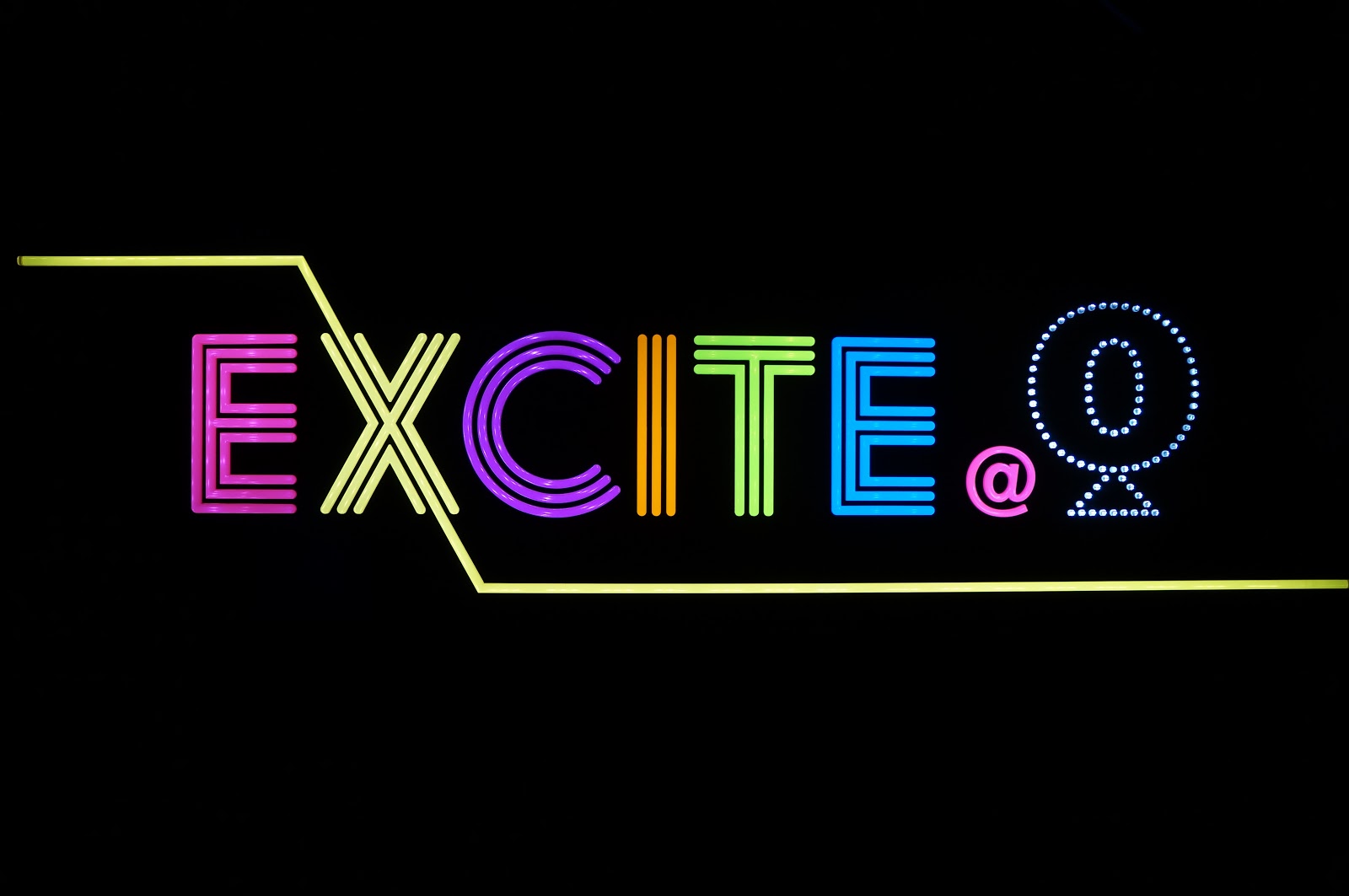 At the end he decided he wanted a flip out book on space from the shop.

We headed back to Sydney after Questacon, again stopping at Bowral where Alex demanded we return to Gumnut Patisserie. Their pies (we tried rosemary and lamb, potato, chicken and leek and cheese and bacon) are so good, as is their funky vanilla slice (definitely not a snot block). 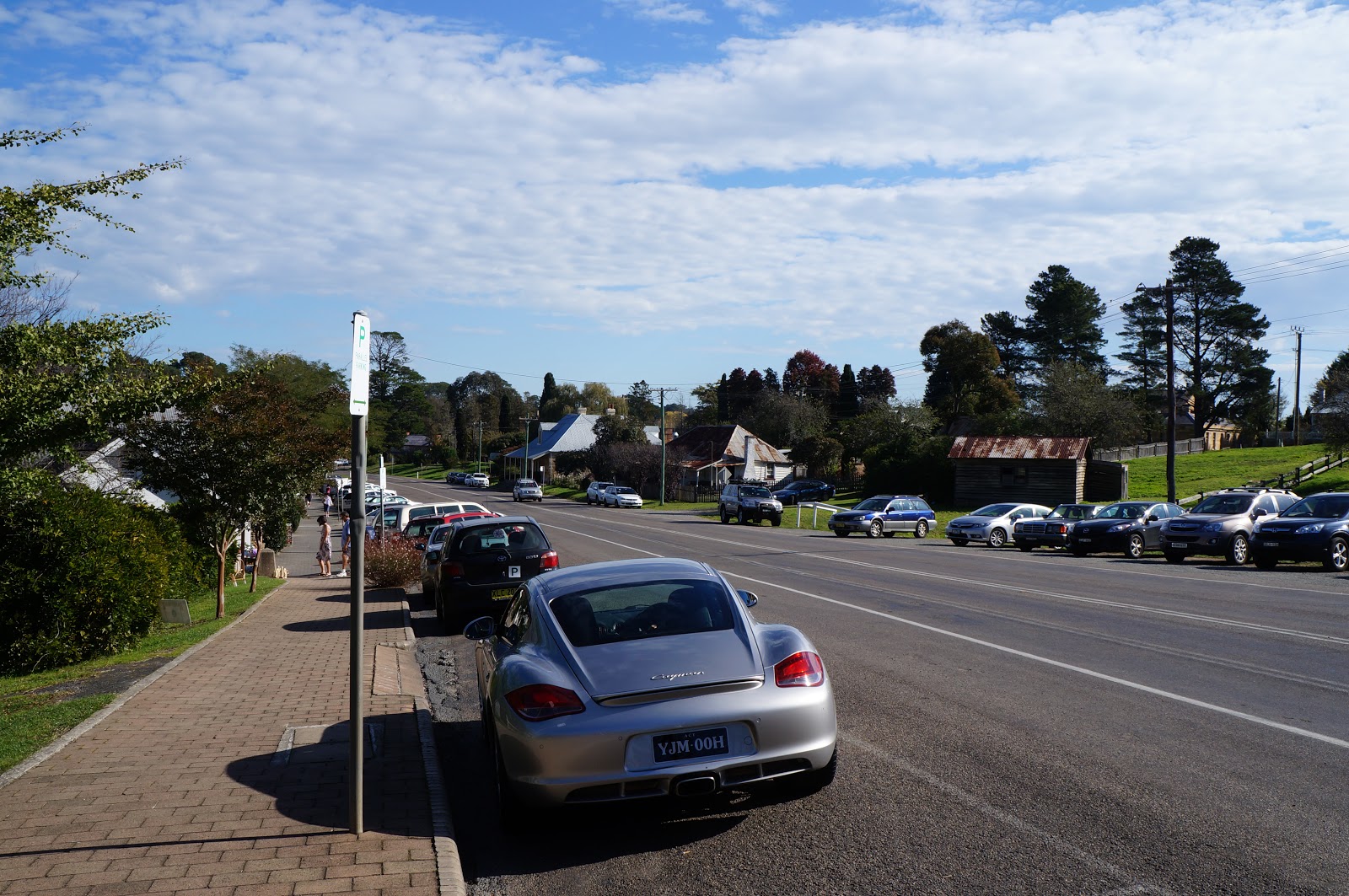 It was so nice to visit Canberra for pleasure, not work. Alex was so happy to be travelling that I can't wait for our next family trip. I hope that we can return to Canberra more often too as there is much more to see and do.