Osaka to Singapore in two parts 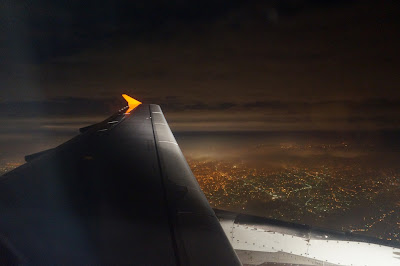 Exhaustion, fear and sadness. I have experienced all these today. The late night's have caught up with me, there is sadness at leaving Japan and fear of a turbulent flight and of the unknown of Vietnam. Right now I want to curl up somewhere comfortable and familiar.

Where's my sense of adventure?

Final days in Japan are rarely interesting. We had the usual Japanese/Western blend of a Toyoko Inn breakfast then caught the subway down to Namba. There we left our bags in a coin locker and went shopping.

Takashimaya in a fruitless search for Alex's clothes, to Muji where we wished we could ship furniture home, to Tower Records where I left empty handed. We've never been to Namba Parks, but we found Alex a nice little backpack there at a small shop. 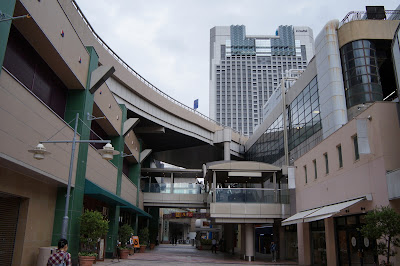 He found a friend outside, though the kid was a bit vicious. I think Alex feels like having a bit of time to himself and his imagination, but time has been a bit short on this trip.

At Namba Parks there was Toys'R'Us for him and a Labi electronics store for me. The range of computer gadgets is better in Japan than Australia.

Most importantly I found grapefruit Gokuri drink at Toys'r'us. 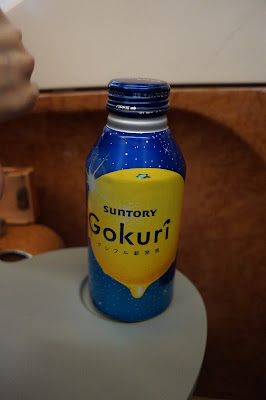 Lunch was succulent pork tonkatsu, then onwards to the airport on a Nankai Rapit train. I fell asleep for a short time, but it wasn't enough. 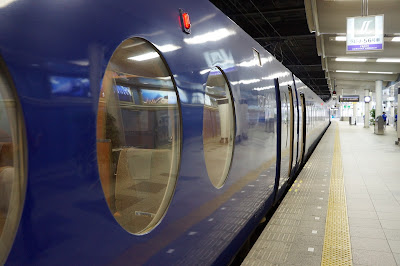 Our Jetstar flight to Singapore via Taipei was remarkably scheduled early, so we had to hurry more than planned.

I was not looking forward to the flight. Typhoons Danas was currently headed to southern Japan and the memory of the turbulence associated with Typhoon Fitow on the way up frightened me.

The little Jetstar A320 flew out fairly empty of passengers. Despite a the earlier than scheduled departure time a long taxi meant that we were delayed. 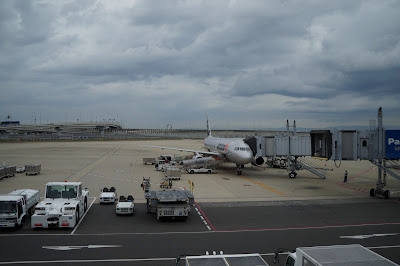 As we flew up towards the grey skies there were some nice views of Kansai Airport and of nearby cities, then it was out across the ocean and above the cloud. 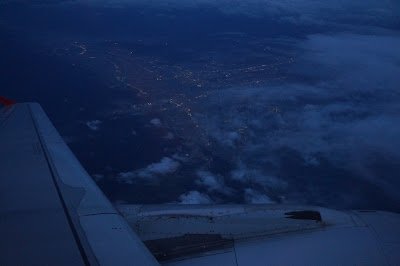 We discovered that we had prebooked meals, but none of us felt like eating so we just ordered drinks. Alex slept. Captain Zoran, on the flight deck, was silent until we neared our final descent.

Despite my fears, it was a pretty smooth flight of about two and a half hours. Despite the darkness there were still things to see outside. There was a lot of air traffic headed in the opposite direction, obviously this was a busy route. I glanced out to see a meteor fall and explode in the sky. It was much brighter than a full Venus and seemed at least twice the diameter. Red sparks of disintegrating rock were visible before the final detonation. That's at least my third meteor spotted during a flight.

Yellow lightning flashed in the clouds as we approached Taipei. The city always reminds me of a vision of Hell at night. A great orange glow fills the hazy sky, interspersed with black clouds. 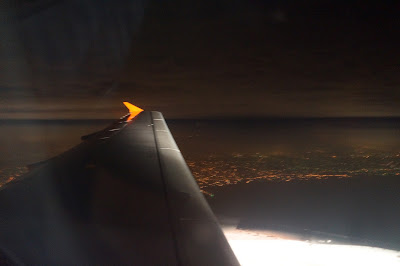 We looped around to approach Taipei Taoyuan Airport from the south. As we landed the sight of the Novotel returned happy memories of our trip earlier this year.

We only had a brief transit in Taipei, but it was a long walk around to return to the gate. I think we all wished that this was it for the night, but no, we had to join the long queue to reenter the aircraft. 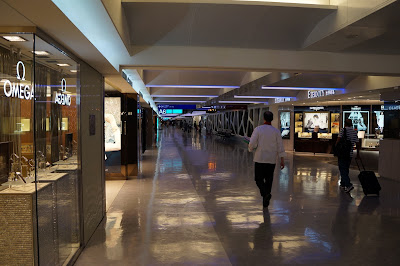 In contrast to the flight from Osaka, this leg was almost fully packed. This time we were hungry, as our second meals had been prebooked (I couldn't remember doing so). We all had katsu (crumbed) chicken on rice, which was pretty nice. 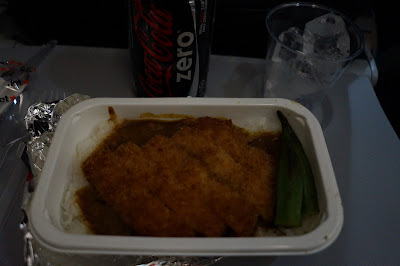 This almost five flight felt interminably long. Though Alex watched his videos or slept for most of it, B finished her book partway through with nothing else to entertain her. I listened to music and watched the first couple of episodes of "The IT Crowd", an older British comedy.

It was also rough near the end of it, with lots of high cloud and wind changes along the way. I could see a big storm flashing out of the windows on the other side of the aircraft. It would have been a magnificent sight to behold. 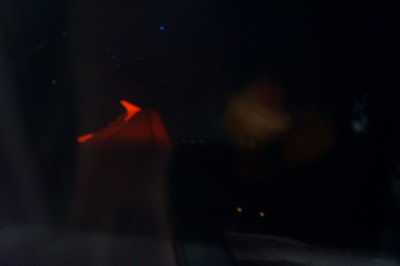 Finally, finally we landed at Singapore. We just raced straight out, hoping and needing to get to our hotel as soon as possible. It was already 1 am. 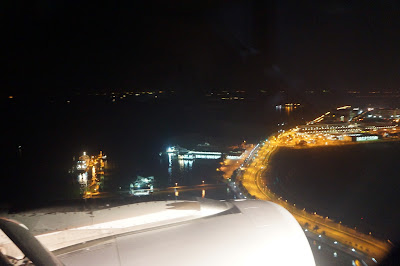 Unfortunately, the shuttle bus had just left, so we caught a taxi to our hotel, the Grand Mercure Roxy. Rain, thunder and lightning, maybe the storm we had passed earlier, sent us to sleep.