Farewell to the Jetstar A330s 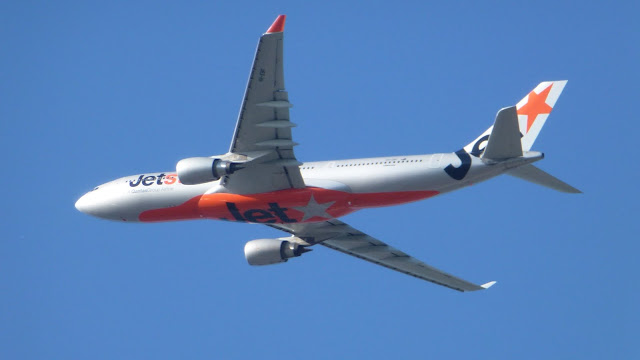 Today marks the last day flying in Jetstar colours for the Airbus A330-200. After today all Jetstar's medium and long haul flying will be performed by the Boeing 787-8.

The event certainly won't mark the end of the A330 in Australian skies. Many airlines use the aircraft on Australian routes. Most of the Jetstar A330s themselves originally came from Jetstar's parent Qantas and are returning to the airline to be repainted in the white and red.

I rather like the A330 in Jetstar orange and silver colours. The A330-200 is an attractive aircraft anyway.


By my count I've flown in Jetstar A330s twenty-one times in seven years. Almost all of those flights were to Japan, although there was one return trip on the now defunct Sydney to Kuala Lumpur route and another on the similarly cancelled Singapore to Osaka direct flight.

So plenty of happy memories there for me!

Despite this, I'm not unhappy about the change to the Boeing 787-8. My experience this year on Jetstar 787 flights has been a good one and they are attractive looking aircraft in their own right. I'm looking forward to many more years of overseas adventures with Jetstar.