January 19, 2013
The flights are booked, so are the hotels (mostly). Leave from work has been approved. Alex is busy telling everybody that he is going on holidays in two months; our lives have become a countdown to the next trip again.

This was to be an adventure on low cost airlines. It still is, though the selection is a little reduced. You can hop between an amazing number of destinations across Asia using low cost carriers (LCCs) like Jetstar, AirAsia, Tiger and Scoot, not to mention others from Indonesia, the Philippines, Korea and Japan. It's not that I want to fly LCCs - give me a bit of luxury anyday - but they can be a lot cheaper if you book at the right time. The idea was to go to Singapore, Malaysia, Vietnam, Taiwan and Japan before returning to Australia.

The first bookings were with Scoot from Sydney to Singapore and Taipei to Tokyo. This is despite my not so great experience with them last year. The price was just too compelling and we felt the discomfort should be tolerable with the day flights and a middle seat taken up by someone with short legs. 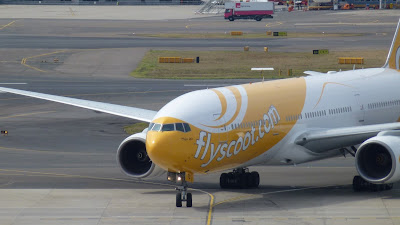 I just couldn't get Vietnam to work out from a time/price perspective. Flights to Vietnam meant backtracking to Singapore or Kuala Lumpur, at least until Jetstar Pacific starts flights overseas. Once we dropped Vietnam the itinerary made more sense, which is a pity as I had just started getting excited about the country and the train ride between Hue and Danang.

Another pricey issue, which was only just resolved today, was the cost of decent hotel accommodation in Singapore. The cheaper chain hotels in Singapore tend to be not particularly nice, our Hotel 81 experiences a case in point. Based on my solo trip to Singapore there was a strong desire to stay around Tanjong Pagar with its old shophouses and Maxwell Food Centre, but it was just too expensive. What we want is a hotel close to local food and a MRT (train) station.

Our attitude to hotels differs where we are. In Japan a small room in a plain old business hotel is enough because we are probably spending all day out exploring. In Singapore and Malaysia the day's activities generally revolve around food and the heat. An afternoon siesta in the room is a distinct possibility, so it's nice to have some comfort. 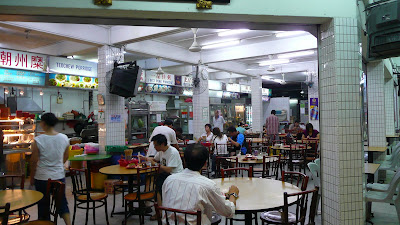 Food is the primary reason for our visit to Singapore, meals from the tiny but colourful hawker stalls in the noisy food centres and kopitiams under the fan cooled canopies. But I also want to share the amazing Gardens by the Bay with the others. I believe there are shopping centre water playgrounds too for Alex, and many other sights.

From Singapore we are going to meet up with B's Mum and her friend up in Penang, B's birthplace. On my one other visit, that first overseas holiday almost two decades ago, I was not particularly enamoured of Penang. It didn't help that I had to share a bed with my future brother-in-law rather than my future wife for proprietary's sake (I ended up sleeping on the floor). The one sight I did enjoy was Kek Lok Si temple, so I hope that we will visit that again, along with sampling more of Penang's famous food. A stay in a resort should be pleasant as well.

None of us have visited East Malaysia on the island of Borneo before. I have long wanted to see Kuching in Sarawak state, if for no other reason than it looks like a lazy colonial city. The food seems pretty good too and we might go see some orangutans.

Here my plans were to fly back to Singapore for a night, then onwards to Taipei, but then I found a more direct alternative that also breaks our LCC journey, though not in price. Malaysia Airlines, through its MASWings subsidiary fly turboprops from Kuching to Kota Kinabalu via Bintulu, then a 737-800 up to Taipei. It sounds a little adventurous and with any luck the 737 has seatback screens. I may not like Malaysia Airlines long-haul, but our one and only 737 flight with them was fun.

I never knew that Taiwan had so much to offer until I read the Lonely Planet and some other trip reports about it. It combines Chinese, Japanese, European and aboriginal cultures along with natural scenery and a good rail network and friendly people according to the guides. With so many scenic railway lines to ride I wouldn't be surprised if we return again one day.

And then at last Japan. And again I am confronted with so much to see, not enough time. One guide for where to go is Alex. Tokyo Disneyland is on our list, a steam train and rack railway ride, a train museum, playgrounds, snow. So many unexplored bits, but what I really feel like doing in my heart is repeating and extending some of our 2009 trip,  Alex's first, along the Sanin coast, taking the time to explore more of the small coastal towns. My ultimate aim is to travel the length of Honshu's western coastline by rail. I don't know yet what we will choose. 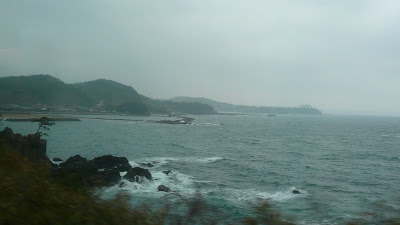 Back to Sydney with Jetstar again. I'll have the chance to compare Scoot, Jetstar and AirAsia (short haul) on this trip. I was highly tempted by a special promotion to fly Scoot business class (basically a premium economy product like Jetstar's) back from Japan to Sydney via Taipei and Singapore for the same price as an economy flight. But then it would mean putting up with Scoot's unreasonable flight times or additional hotel expenses. Sometimes on the way back it's better to go direct, especially with a young kid in tow. 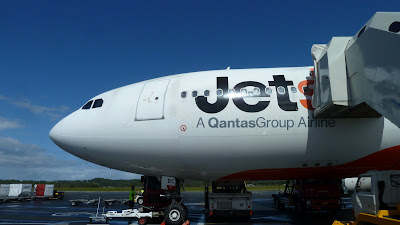 I learned some interesting things booking this trip.