June 19, 2009
Finally, I have found something decent on British TV. Or actually rather indecent. I was just watching the first episode of Psychoville, the new comedy thriller from a couple of the folks behind the League of Gentlemen. In other words, a very twisted and depraved program. Damn, now I want to watch the rest of the episodes. Just have to hope that the ABC buys the series.

Today was my last day in London. Tomorrow, around midday, I fly out for Hong Kong and then home to Sydney.

The Plone course has left me buzzing with ideas and the confidence to make changes to our website, but I felt like I should make an effort to do something touristy before I depart this city. I figured that there wasn't enough time to see any more museums or galleries before they closed for the day, so instead I would just wander. 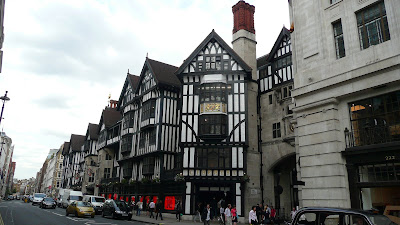 From the course location on Oxford Street, I walked to Oxford Circus, then turned left into Regent Street. According to my Lonely Planet guide Londons most famous toy store, Hamleys, was located here.

Hamleys was the type of toy store seen in the movies. Clowns blowing bubbles, magicians showing off tricks, staff in costumes, and five levels of toys. I couldn't help but buy some more gifts for Alex, including some more books by the authors of our favourite book to read to him, The Gruffalo. Incidently, The Gruffalo was mentioned on Psychoville. 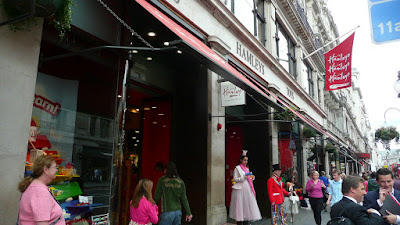 I also visited Habitat, a shop selling furniture and homewares. I fell in love with a mat with squares of colour changing LED lights embedded within it. If only I could have fit it in my luggage. The childrens goods made me think of Alex, reminded me of how much I miss him, how much I would have liked to have shared the store with B. I departed feeling a little melancholy. 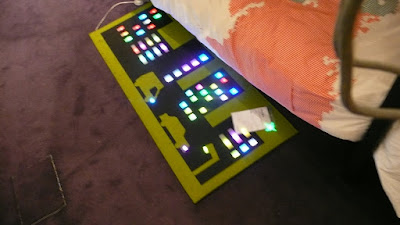 Continuing to the end of the canyon-like Regent Street I came to Waterloo Place and the Duke of York's Column. Beyond this is The Mall which leads out from Buckingham Palace. It is grandly lined with British flags. 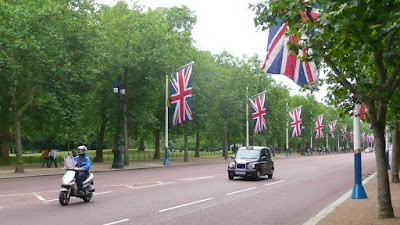 Following the Mall away from the Palace, I walked under the Admiralty Arch to emerge across from Trafalger Square, with its crowds and families. I turned right into Whitehall Street, then right again into Whitehall Place. This is the domain of the military services, quiet streets hiding the sombre business of war behind grand facades. 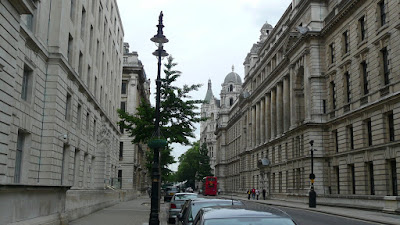 At the end of the road was Charing Cross Station and the Hungerford Bridge across the Thames. What better way to end a stay in London than with a walk along the Thames? 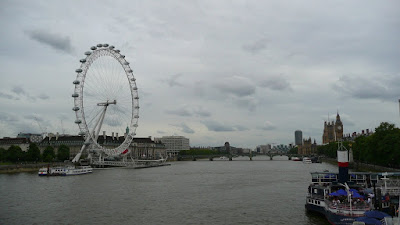 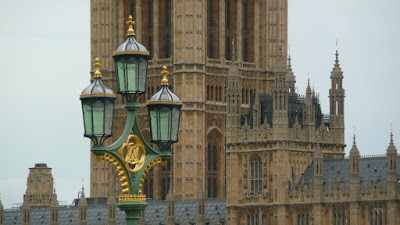 Rather than catch a train from Westminister back to Earl's Court I continued on, past Westminister Abbey, another structure of grand architectural design. Up Victoria Street I walked, until I reached New Scotland Yard, guarded by police with submachine guns. 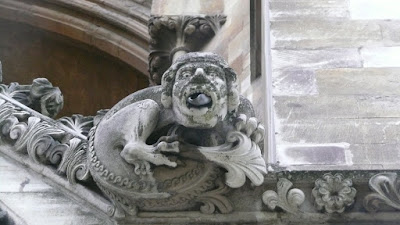 Detail on Westminister Abbey
St James station, headquarters of the London Underground, lies beyond the headquarters of the British police service. The station was quiet, the area's business concluded for the day, so I just caught the train back to Earl's Court, where I had dinner, before retiring to the hotel.

Much as I hate for any trip to end, I am glad to be returning home. I have missed my family. Talking to them on video is not enough, I want to share the experiences of visiting other countries with them directly.

London may be one of the world's great cities, but I can't say that I am as enamoured of it as I am of Paris or Tokyo. I like the way that art and science are promoted everywhere throughout the city. Maybe the cultural linkages between Australia and the UK are too strong, and as such London lacks the exotic appeal of those other cities for me. Yet I would be happy to return and this trip was certainly worthwhile. And when I arrive home I will be in another dysfunctional city, albeit one that feels a little more cheerfull.

That's me signing off from London. Next stop, Hong Kong.