January 04, 2010
We'll start 2010 with a short trip much closer to home. Today I walked about 14 kilometres along the Cook Park Trail in Sydney from San Souci to Wolli Creek station.

I've wanted to do this walk for a very long time. I have walked many segments before, but never the entire length all at once.

I think Alex was still feeling the effects of the cold that we've all had in this house and was a little whiny today, so I thought a walk might distract him. I bundled him into our new backpack carrier and caught the bus to Miranda. He seemed to be enjoying himself, so after some sushi we caught another bus to Sans Souci, carrying a half finished cup of Spanish style hot mint chocolate from Chocolateria San Churros. 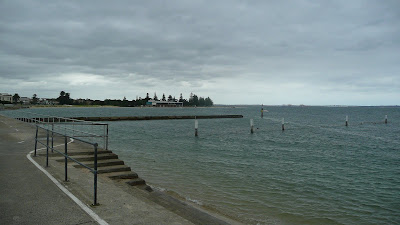 The walk starts near the Captain Cook Bridge at the mouth of the Georges River. A shared bike and pedestrian path runs between the coast and some very expensive and very glitzy houses. One looked like an offshoot of the tacky Palazzo Versace on the Gold Coast. 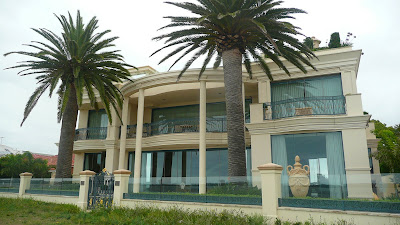 Alex watched and wowed at the aircraft on descent into Sydney Airport and chattered about the sea birds. He even said "seagull" at one point after I had been pointing them out.

At Dolls Point, past the Georges River Sailing Club, the river meets Botany Bay and the beach faces East. Once we had cleared the rocks I removed my shoes and we began walking on the sand, splashing my feet in the water. Alex was soon asleep as we walked past people fishing, past ocean pools surrounded by netting and dark grey stone groynes jutting into the sea. I saw one deeply tanned old man who looked like he had made his home in the stones. 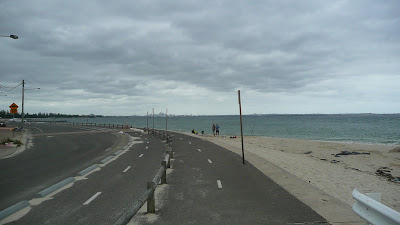 Just as we approached the beachside pavilion at Brighton Le Sands Alex woke up, allowing me to retrieve my wallet and purchase us a Cherry Ripe and Licorice ice cream from the Great Australian Ice Creamery. I shared some with him as we sat by the beach, then changed him and let him play in the sand for a while.

We continued up the beach until we reached the fence around the desalination pipeline works. Then we had to walk away from the beach and behind the works until we reached the mouth of the Cooks River. From there we watched up close some 747's take off along the rock lined runway. They appear so massive from that vantage point, like great ships that can fly. Oh what wonderful adventures there are to be had once you step on board! 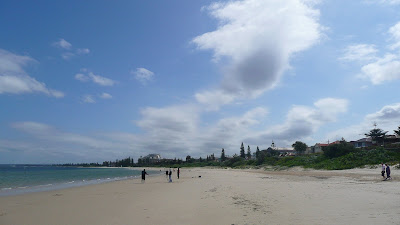 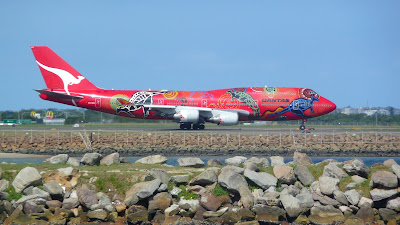 It was time to leave Botany Bay and to follow the Cooks River. At Kyeemagh an inlet hosts fishing boats and pleasure vessels on one side and beautiful market gardens on the other. The farmers working there could still be back in rural Asia from their appearance. Past the Fishermans Club, then back around the other side of the inlet past the sports fields. This is a wetland area, the wind whispering through the casurina trees and the tall reeds, their susurrations interrupted by the roar of jet engines across at the nearby airport. Alex fell asleep once more to the sounds after happily singing his way from Brighton. 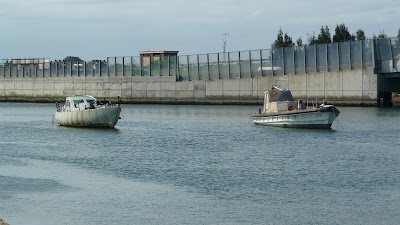 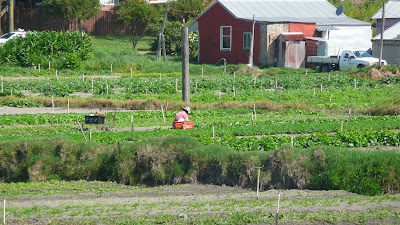 Past a golf range and under a Moreton Bay fig, then under the M5 East motorway, eventually emerging by the road to the airport. My feet and shoulders were finally getting sore and I wouldn't have minded collapsing into a room at the Mercure Hotel, the old Airport Hilton.

The scenery along the Cooks River was really quite pretty and it looked like a very pleasant place for a picnic. Alex pointed out the aircraft flying out from the airport with a "wow!" and a horizontal wave of his hand. 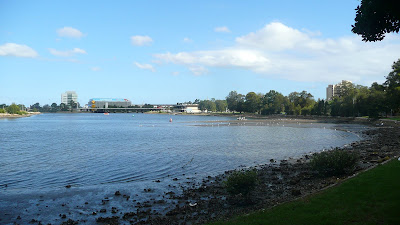 Finally, we reached the new apartment blocks of Wolli Creek, quite impressive in a modern sort of way, but quiet. Only a Korean owned grocery store was open, and I bought us some water from there. Then we caught the train back to Sutherland station, where a delighted Alex and I met B for the drive home. 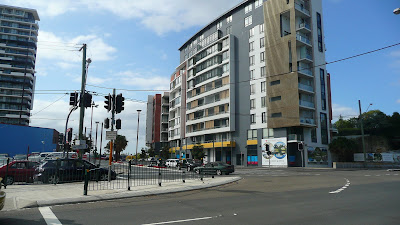 Now, if only I had a Japanese bathroom where I could relax away the blistered feet and aching shoulders...