September 06, 2009
It's 2am and somebody is still setting fireworks off on the beach in front of the hotel. I can't see the explosions as I have the window shuttered, but I can still hear them.

I've wanted to have a lazy day and today was the closest I got. I woke up in the night from a very sad dream. Dreams follow crazy paths, but this one resolved itself as so.

An entity had been causing disruption of computer systems around the world. It turned out that this entity had emerged from the computer networks and had been struggling to gain access to more computing power so that it could live. The entity had taken on the persona of a woman.

The protagonist who had "defeated" the entity discovered that it was alive, spoke to it. Ultimately fell in love with her. But his prior actions would lead to its death. As a gift to her he downloaded his memories so that she could experience life even as she died.

I know it sounds like a pulpy sf or technopunk plot, but dreams are about feelings, not logic. It was a melancholy start to the day. 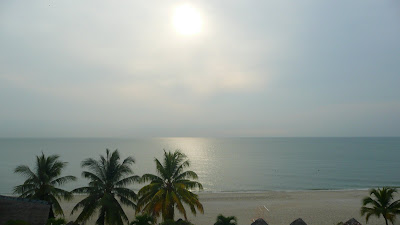 Fortunately, my true loves were right there in the room with me and had woken up happy. While Alex played we actually read some of the newspapers that had been delivered to our room each morning.

The New Straits Times reads very differently from an Australian newspaper. There is almost no cynicism or criticism in the news stories. The paper faithfully and dutifully reports on the most minor government action as a wonderful thing, whilst describing the errors of those in opposition. If the government or a major company makes an announcement or pronouncement then it is assumed that it will come to pass and that it has the support of all Malaysia.

We had breakfast at Hoi Yin, a very popular laksa restaurant on the shopping strip opposite the hotel. The laksa was pretty good, but the flimsy plastic stool I was sitting on collapsed under mine and Alex's weight. No damage done! 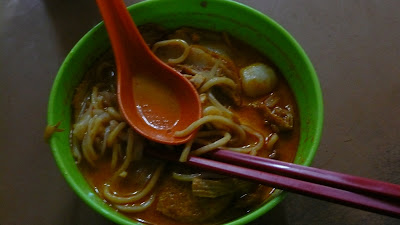 After breakfast we strolled along the wooden walkway to the north of Teluk Chempedak, jungle on one side, boulders jutting out of the water on the other. It was a very pleasant walk. There is a fair amount of work going on around the seafront. It looks like another wooden walkway is being built, but it twists into weird angles, so it must be something else. 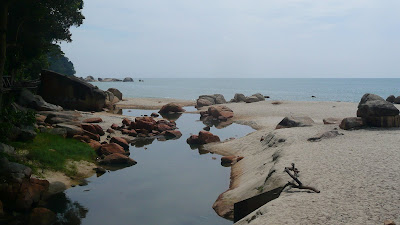 A swim in the pool and watching Alex play in the hotel room took us until well past lunch. We went for a drive to the south of Kuantan, past some very nice old Chinese shophouses, until we reached another dried fish shop. I stayed in the car with a sleeping Alex while B learned about all the different products and eventually returned with yet more dried and salted fish. 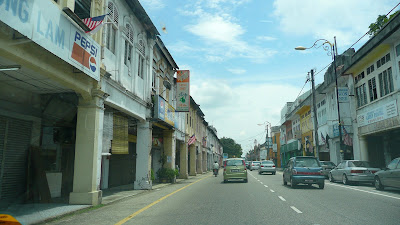 It was past 3pm by the time we reached Beserah in the opposite direction. We were intending to eat seafood at Pak Su, but the restaurant had closed by the time we got there. A stall at the opposite side of the carpark served fresh baby coconuts, so we sat down while B and Alex drank from one. They were also grilling chickens on spits, so we waited until one was ready. So good! Really, really good. Worth missing out on the seafood. 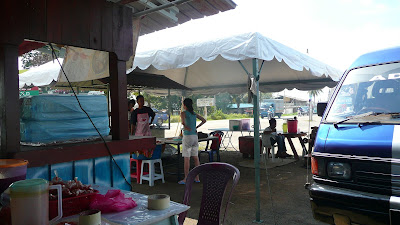 On the way back we stopped off at more stalls, buying pisang goreng, doughy fried bananas in batter and some curry puffs. More goodness! 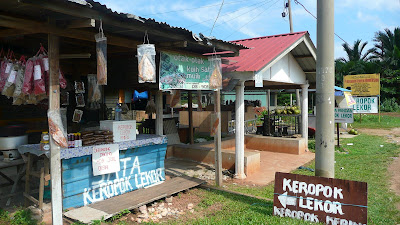 We decided to cancel our reservation at the hotel restaurant and return to Pak Su for dinner. Then we went for another long walk on the beach. We sat Alex down in the sand and he immediately started digging. He learned quickly that sand isn't tasty, but he was really enjoying himself. He also had his first experience of being splashed by ocean waves when we sat with him at the water's edge. Then it was another swim in the pool for the three of us! It was surprisingly late when we returned to the hotel room. 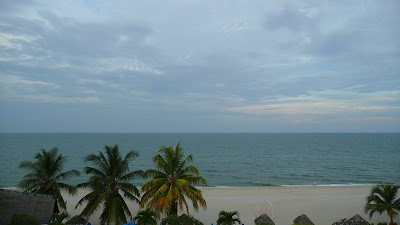 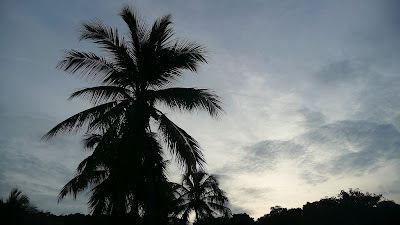 As we drove out of the hotel we saw a large number of monkeys scrambling over the fences and power lines. 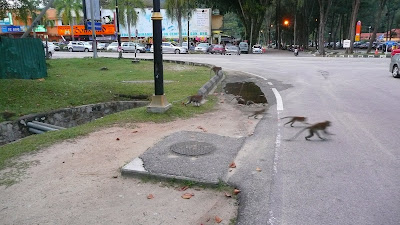 Pak Su was well and truly open this time. We were seated in the open overlooking Beserah beach and watched as a blood red Moon rose over the Eastern horizon. There were lights and lamps and it had a very nice atmosphere, except for the atmosphere itself. The seabreeze of Teluk Chempedak was missing here and the night air was hot and muggy. 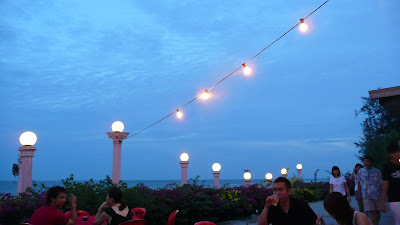 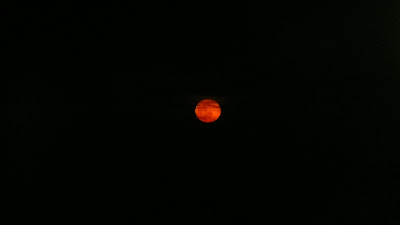 I struggled to finish the chilli crab, assam fish and kangkong belacan, just wanting to drink and drink.

We returned to our hotel room to be greeted by the magnificent view of the moonlight shimmering over the black water while the palms were jostled by the breeze. Teluk Chempedak is a lovely place and I really wouldn't mind returning here one day. Just not during Ramadan. 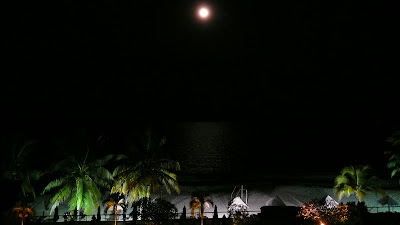 Frank said…
I forgot about Keropok Lekor! Did you have any? I am pretty much open to any food Malaysia has to offer (even durian) but I just couldn't understand why anyone would want to eat that weird fishy grey fried stuff.Goreng pisang on the other hand I could never get tired of!
6 September 2009 at 12:23